This was some pretty big comic news, but this might not be the article to read before you’re done with the House and Powers of X graphic novel!

Internally we’ve often had people pose the question: What if your characters didn’t get KO’d?

It’s a pretty radical idea. We’ve dabbled in that design space previously, but never like this.

When we heard what was coming with House of X in comics, it worked as a creative pressure. If we don’t do it now, there will never be a better time. Moira MacTaggert worked with Charles Xavier, Mr. Sinister, and some powerful mutants to help mutants defy death. If they could do it in the comics, we wanted to try it in the HeroClix.

We really enjoyed the game play behind Krakoan Revival. We hope you will too.

In case you haven’t seen the previews already, this is how Krakoan Revival (KR for short) works. When one of your X-Men of fewer points is KO’d by an opponent, you may instead return them to full health and place them next to a character that can use this trait. Your opponent scores 10 points for every time you’ve done this this game (plus normal points for KOing the character) and they get to generate a bystander of their choice from among the X-Men’s BEEFY enemies. 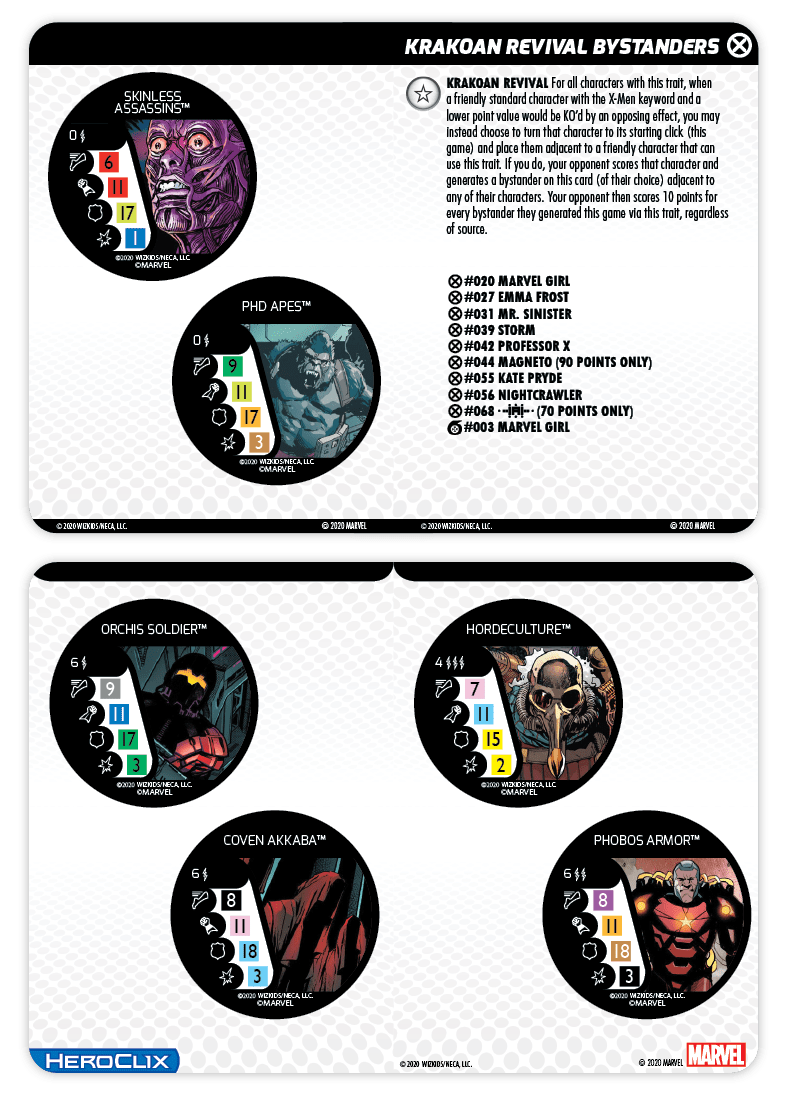 It was important to us that X-Men within this set did more than just come back on their own. By letting the members of the Quiet Council revive the other X-Men on your force, it means that players will breathe new life into the X-Men in their collection. It also creates an interesting choice for players opposite Krakoan Revival: do I try to KO lots of X-Men and win on points, or do I try to KO the Quiet Council members first and KO the remainder of the X-Men after? Our playtesters had fun being able to evaluate this on a game-by-game basis and we hope you will too!

Krakoan Revival in HeroClix has great storytelling through gameplay. There’s a snapshot moment where your X-Man returns from the dead, and the opposing team rallies to face the mutant threat. There’s also a long-term goal for your opponent to eliminate mutant leadership. KR does a great job of using the entire team to pay homage to the themes of House of X without acting like a page-by-page simulator. The comic-feel is all there!

We believe that beginners will enjoy using their favorites and iconic characters for a greater duration of the game even if they aren’t able to evaluate the deep nuance of Krakoan Revival as a game mechanic. We also believe a player who experiences greater enjoyment of their early games of HeroClix will stick around longer and develop the attachment to the game many of you reading this already have. Now is a great time to introduce your friend to HeroClix who might love comics but not be a hardcore tabletop gamer.

From a game design perspective, we’re also excited at the context of Krakoan Revival within the House of X set. Characters who are great at multi-targeting will help offset the Bystander drawback of Krakoan Revival Characters with extra bolts or Energy Explosion will be especially useful. For example, Marvel Girl: 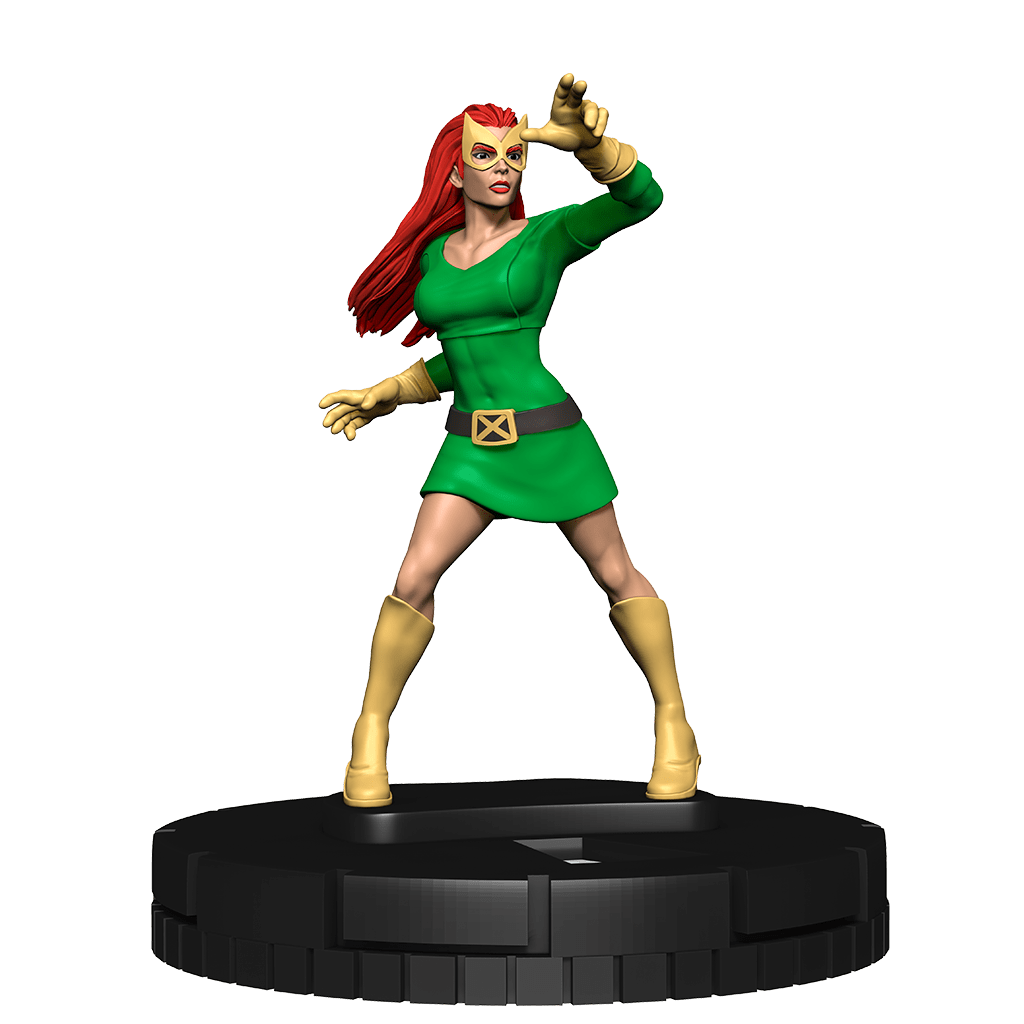 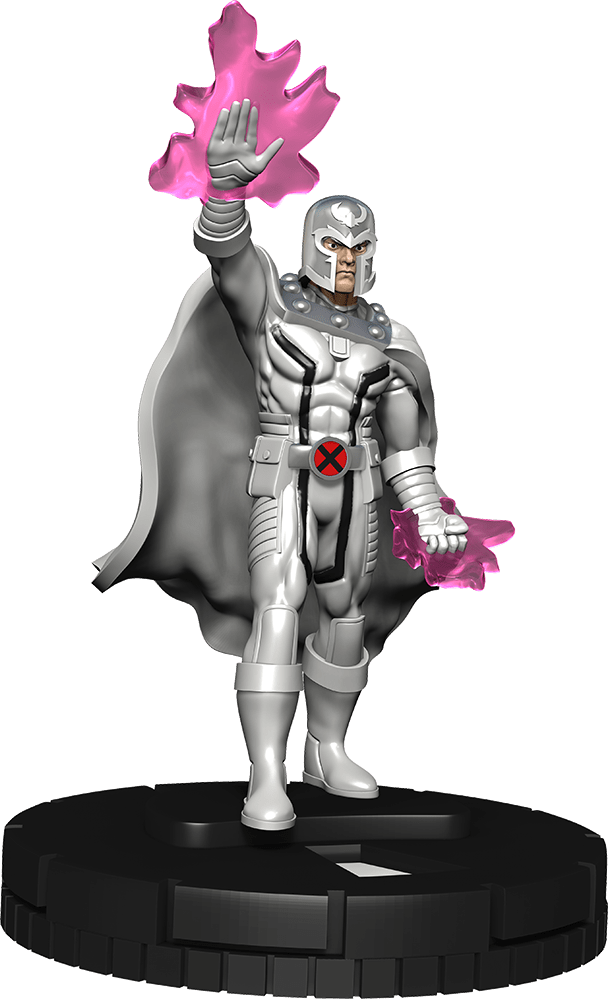 X-Men of low and mid-range point values also get to be especially interesting for team construction. Even if non-X-Men might have stronger powers, the opportunity to stay in the game can’t be overlooked. Conversely, X-Men who are much more valuable than the bystanders they let your opponent generate might be more valuable than even two lesser characters. This team building problem is a tough nut to crack – one that we think will give this set a ton of replay value for even the most seasoned HeroClix veterans! There’s so much to try and experiment with, this set will be great for beginners. Even with a fledgling collection, there is plenty of room to grow as a tactician.

Next, consider that there will be times when you need to avoid pressing your luck with these characters. What do we mean by that? It’s unlikely, but if you decide to revive a character that you don’t need to win the game, you might actually open a window of opportunity for your opponent to utilize a key bystander to turn the tide. The trouble is, you need to have that long-term plan figured out the moment the character is KO’d, which is a neat skill test. Furthermore, picking the bystander you get when an opposing X-Men character is KO’d is also a skill test. It depends on what your team has, what might be useful in the moment, or even what you think the opposing team might be susceptible to. It was a design challenge to offer a variety of bystanders so a player always has a good choice, but not to offer bystanders who were so hard to choose between that players were likely to have buyer’s remorse or analysis paralysis.

Sebastian has KO’d Kitty’s 50-point figure 3 times, and she’s brought it back 3 times with Krakoan Revival. Sebastian has scored 50 points for the figure 3 times, then 10, 20, and 30 points for each revival for a total of 210 points. Meaning – he’s a little more than halfway to winning the game on points (a player who scores 400 points in a 300 point game wins). He has generated 3 bystanders, meaning he’s got nearly one full extra figure on his team.