Sometimes you’ll open up a HeroClix booster and get some figures that play pretty well together – and it’s a good feeling! What if you opened up a booster and it was a great team to play at 300 points all by itself? That’s a Team Booster!

Team Boosters will mean that sometimes at random you’ll open up a booster that’s great to field against your friends as-is. Sometimes the themes will relate to how HeroClix plays like a team that is great at generating Bystanders. Other times it will be a team that you might expect to read a comic book about like the Summers family. Sometimes it will be a keyworded theme team like Marauders or Future (which is basically both). These boosters will still have 5 figures in them, and you’ll get to use all of them every game.

There are at least 10 of these boosters in Marvel HeroClix: X-Men House of X. We know that some players are going to break these teams apart pretty quickly to build their own combinations, but we also suspect there’s a subset of HeroClix players that will enjoy keeping these teams together after pulling them from boosters for casual heads up play. Can your “Future” Team Booster beat your friend’s “Marauders” Team Booster? We know this – it will be fun to find out! Since Team Boosters are based on a 300-point game, even if you only have one they’ll be fun to pit against one of your favorite Fast Forces or Starter Sets that’s already in your collection!

Some Team Boosters will literally include this line-up of X-Men themed around Krakoan Revival: 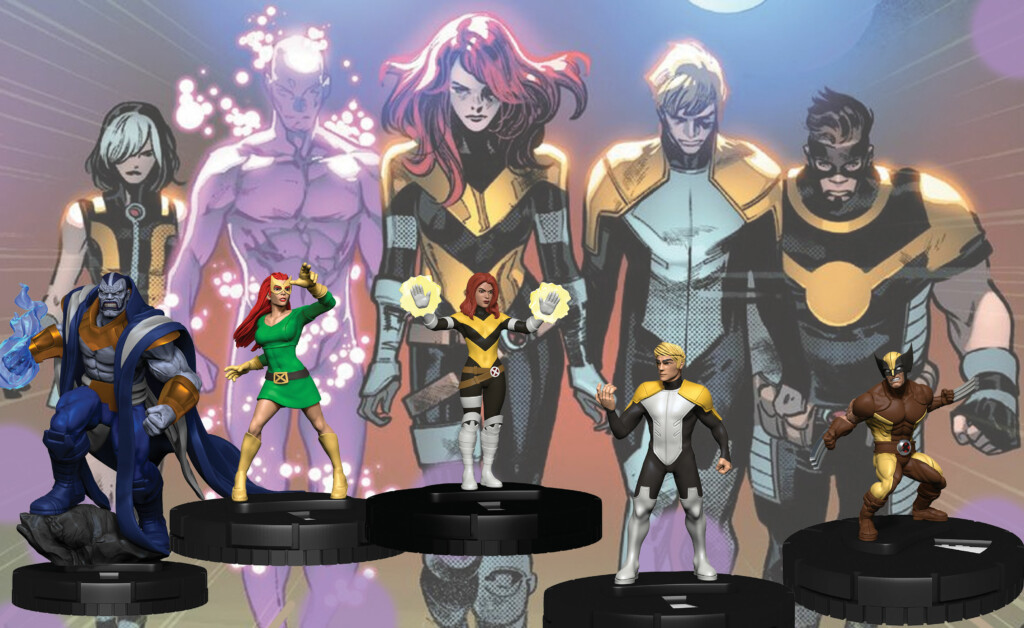 One of the other benefits of Team Boosters is that if you end up collecting these figures randomly or through trading, you’ll be able to add your own 5-figure teams to the gauntlet of options to play with.

We’re looking for feedback on how to implement this in future sets, depending on how everyone feels about it we’ll evolve the implementation, increase the frequency, or maybe even eliminate it! When we ask for fan feedback on things like this we usually hear from the most invested fans, but we suspect this might be disproportionately appeal to casual players. Let us know how you like this idea at gamefeedback@wizkids.com. It will also help us if you let us know how other people at your local venue are enjoying it so we can better understand the community reception of Team Boosters!

You can Pre-Order Marvel HeroClix: X-Men House of X through your local retailer or from shop.wizkids.com. To see all of the latest info and spoilers for House of X, follow us on Social Media or check back at the product page.