Spoilers ahead! With widespread critical acclaim, excitement in comic shops across the world, and a riveting storyline, it’s no surprise that House and Powers of X energized the X-Men fandom. Even as we saw the earliest previews and images, it was clear to us that it was going to be EPIC. If you haven’t read it for yourself, check out this review from CBR.com:

“Coming together to tell one unified, groundbreaking story, Hickman’s two X-series dared to be different. The writer took a lot of familiar comic book tropes, like the constant resurrection of deceased characters, and made them sensible and surprising. There has been a fair amount of emotional character beats, too. And most importantly, Hickman set the stage for all manner of X-Men stories for years to come.”

If you’re more into videos, Rob from Comics Explained doesn’t equivocate either:

“This is the best X-Men has been in YEARS!”

House of X was FIRE and we wanted to squeeze it into your HeroClix booster. We’re excited about the result in a lot of ways. We’ve often heard from fans that our figures have gotten them interested in comic stories they were unfamiliar with; we expect House of X is no different.

We already talked about this in detail here. This is the first step in us leveling up the overall look of HeroClix, and it’s only the beginning. 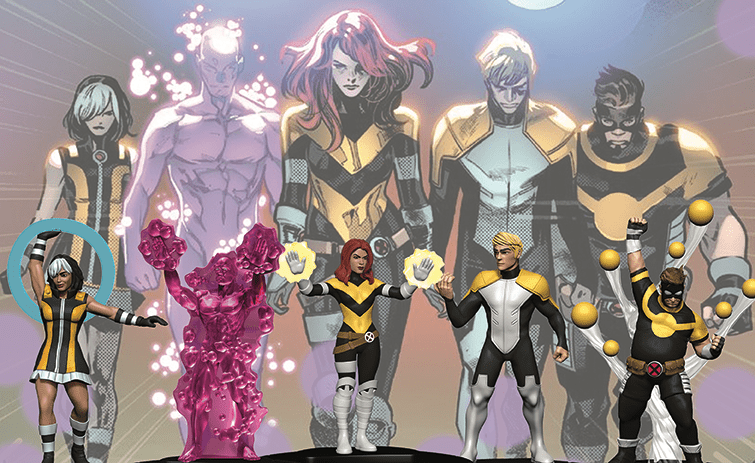 We love the gameplay behind Krakoan Revival, but there are three parts to it that do a great job of connecting the gameplay to the storyline. If you’re unfamiliar with it, check the Design Insight article on it. 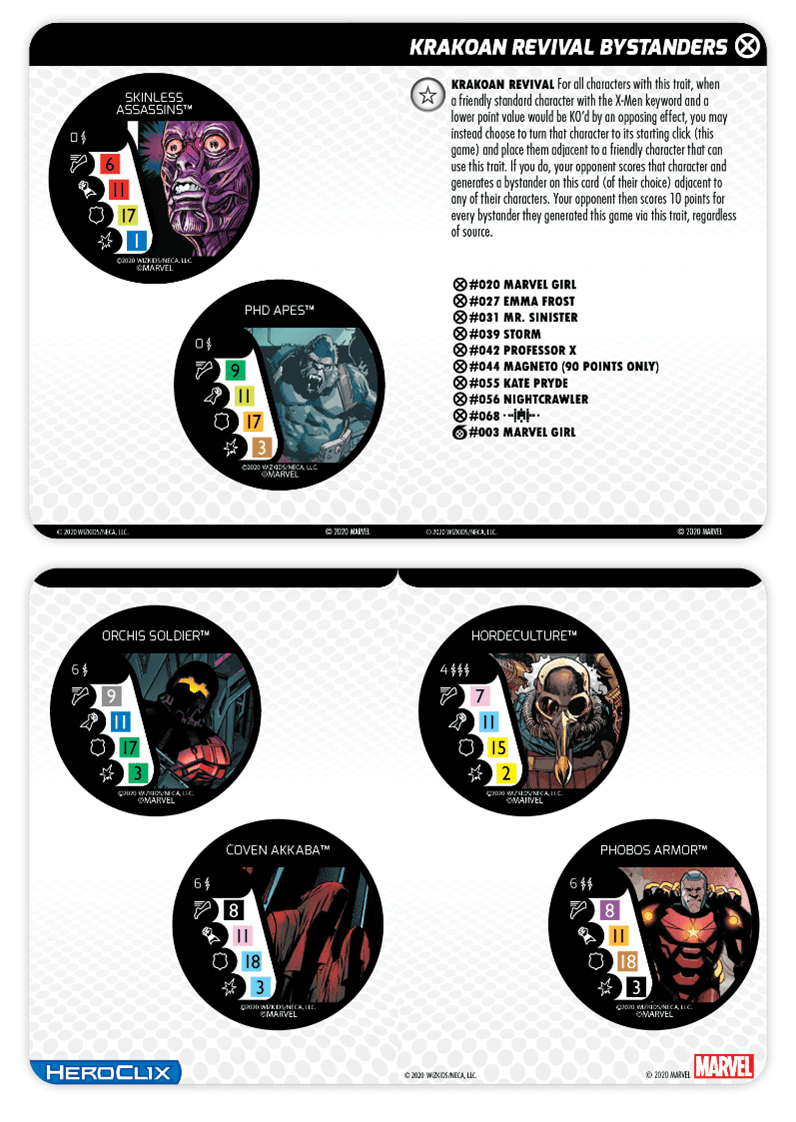 Because of Xavier’s preparations, if a mutant dies they’re brought back by The Five. Even though characters usually come back to life in comics, it’s so rarely certain. Like mentioned above, this story features some emotional character beats – for us that meant that players would want to spend more time with their favorite characters KNEE DEEP in the action, not hanging back afraid of getting KO’d and put off the map.

Different forces are coalescing as new or increased threats to mutants – skinless assassins, ORCHIS, Hordeculture, and more. They’re a direct reaction to the consolidation of mutant power. But if you’re running a Krakoan Revival team they’re just something else to KO on your charge toward victory!

There’s a diverse and uneasy alliance of heroic and villainous mutants in charge of Krakoa. It’s awesome. Teams utilizing Krakoan Revival will look very different from one another depending on whether your team features Professor X or Mister Sinister or Magneto as your Quiet Council representative.

Across House and Powers of X we got to see TONS of X-Men, and they’re all at their best. Our HeroClix set puts the focus on mutants front and center. Sometimes our sets have sub-themes that provide a contrast to the main theme. It’s often a great way to include street-level characters and cosmic characters in the same set. In this case, the mutant unity we see on Krakoa resonates in the prevalence of the X-Men keyword. The boosters still feature their adversaries, but including X-Men villains is more of a complement than a contrast.

If you read the Dawn of X books you’ll be likely to build the roster of your favorite book whether it was X-Men, X-Force, Marauders, Excalibur, Cable, New Mutants, or even Fallen Angels. Even themes that didn’t get their own titles like Starjammers and the Five make an appearance! You could focus on uneasy alliances. You could play an X-team that you wish the comics would feature. These options go really well with the Team Up cards that come in the set!

We’ve got a lot of specifics to share with you about this set as it comes closer, so check back soon to see more sculpts and dials from Marvel HeroClix: House of X!