Prepare for some amazing enhancements coming to HeroClix!

For nearly 20 years, HeroClix has been the industry’s leading pre-painted tabletop miniatures game. While we’ve constantly worked to keep the game fresh and increase the quality of the miniatures, House of X will showcase a combo of tested and new ways for us to improve the visual “wow” of the game pieces.

Simply put – these figures look fantastic! It’s not random, and it’s only the beginning. We’ll maintain and increase the visual impact across the line moving forward.

Obviously – the details matter, we’re fans too, we get it. You’re probably wondering, “How are the figures going to look better?”

Check out some comparisons to older figures (on the left) since showing is better than telling:

The first improvement may be subtle, but we’re including more details that speak to the personality of the characters and giving them more expressive poses. Armor is partially transformed, Hope has energy effects radiating from her hands, Wolverine has claws popped and is ready to pounce, Corsair is commanding the Starjammers – and most of those are Common. So even if you’re not getting the hardest to find figures, you’re finding more dynamic and better equipped figures multiple times in every booster. We’re also taking some of the splashy effects and increasing their frequency within boosters, like Nightcrawler *BAMF*ing out of a big cloud, or someone having a huge Phoenix Force clear effect with them (we’re not spoiling who yet!). Mister Sinister’s cape is absolutely FABULOUS, even compared to some pretty great capes we’ve done before.

By slightly increasing the scale of our figures and cutting the detail in more deeply, it looks much better after painting. The larger scale means bigger details. For many characters this means bigger belt buckles, cooler boots, more dramatic kneepads. Painting at our unit volume isn’t a ‘brush only’ operation; in fact, most of the paint operations on the figures are spray operations and tiny details don’t hold up well. Bigger heads give us room to improve faces across the line since bigger eye sockets, noses, and mouths help eyes, eyebrows, and lips look better. Finally, increasing the frequency of better paint techniques like washes and drybrush techniques will further enhance the impact of the figures (you’ll see the washes below, but we’ll explain them later).

IMPROVED DEFINITION AND ATTENTION TO DETAIL

Consider Corsair and Apocalypse below. Corsair has a bossy demeanor, there’s tension in his stance. His muscles look RIPPED. The fabric of his belt has realistic contours. Apocalypse is lunging with a dynamic ‘whoosh’ on his fist. The muscles in his legs have great definition. His face looks old and weathered. 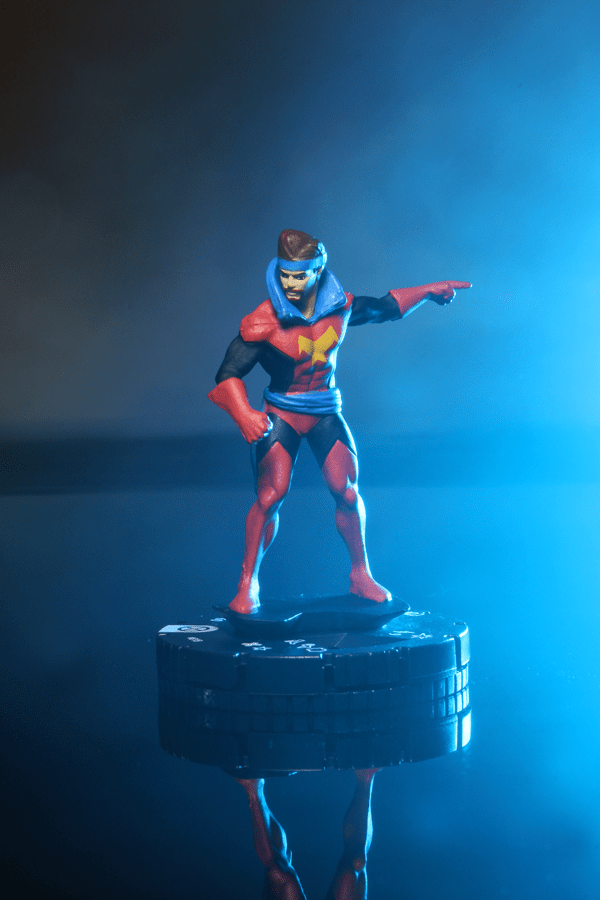 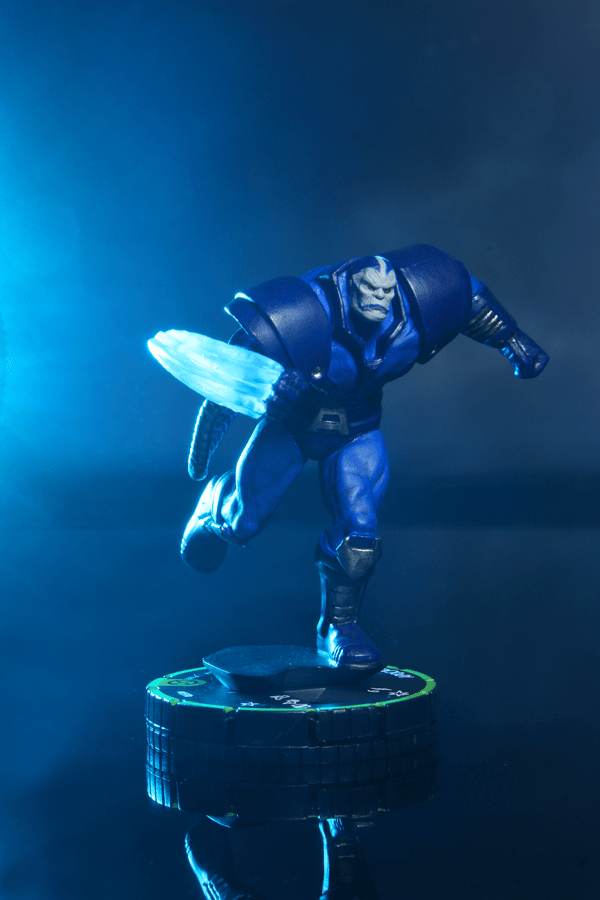 Jean Grey’s fabric has tension and wrinkles. Her muscles show through the tight part of her outfit. Her gloves appear to give her fingers added thickness like real gloves do. Her focused demeanor makes you think she’s using her telekinesis. Jubilee’s facial expression is clearly “pissed Mom.” Her boots, shirt, jacket, and cape all have texture and flow. Shogo on her back has personality. 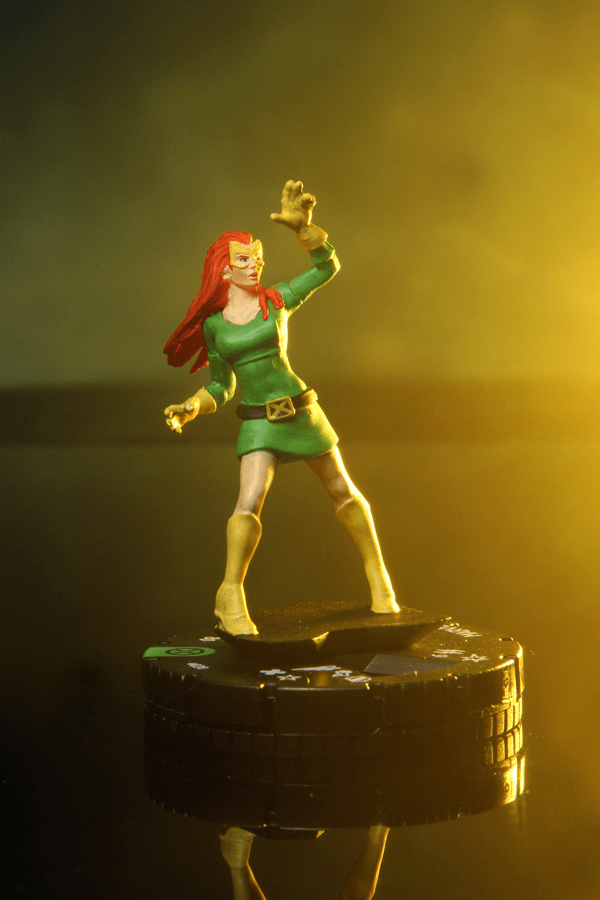 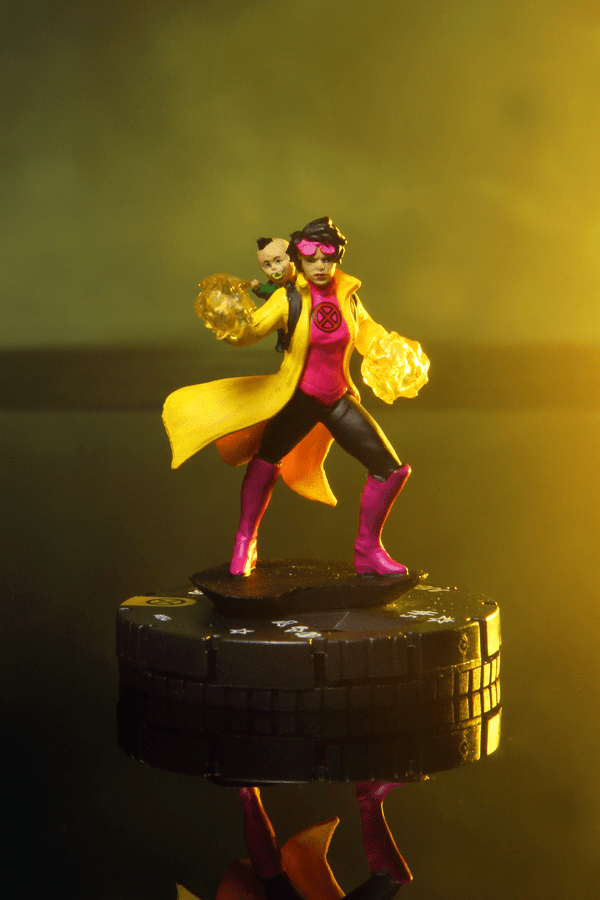 If you’re not a miniature painting hobbyist, you might be unfamiliar with the term “wash” and “drybrush” in this context. A wash is a low viscosity thin paint coat (often black) that flows into the deeper crevices of the figure (fabric wrinkles, muscle definition, details on pouches, hair, fur). It helps show off the creases in Jubilee’s jacket or how chiseled Corsair’s abs are. A drybrush is sort of the opposite of a wash. It highlights the raised surfaces with a lighter color, like the edges of a cyclone or energy effect – making Storm’s weather effects look better for example. Admittedly, if you look at these images of Chamber, Gambit, and Iceman you’ll see great looking clear effects that might have benefitted from a drybrush in the future. This is the first step up a staircase of planned improvements. We’ll update you with articles and photos as those happen; we think you’ll love it! 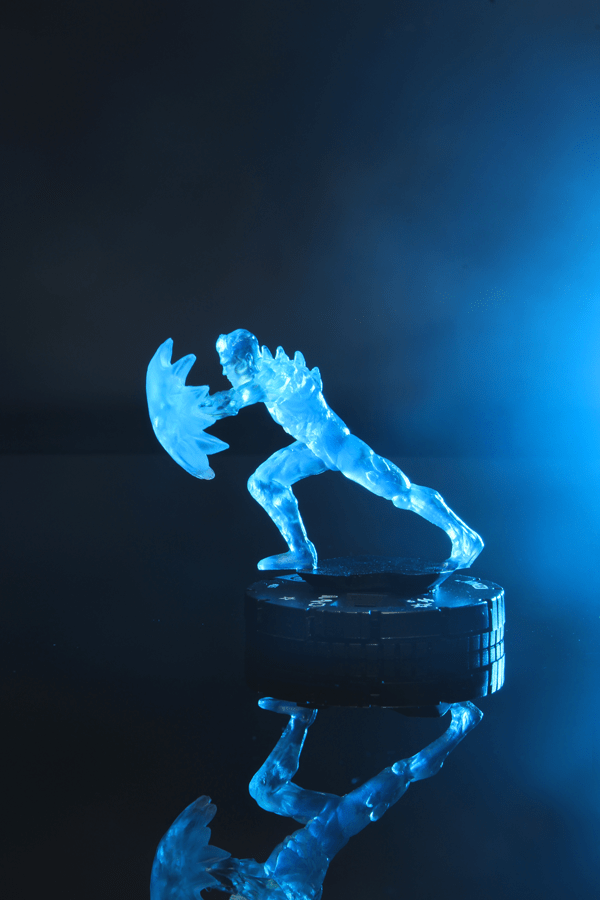 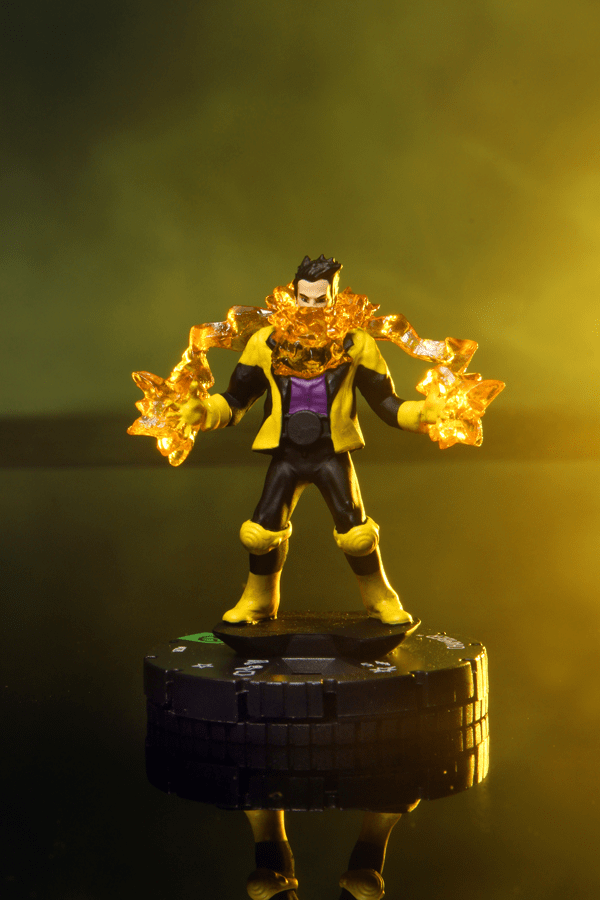 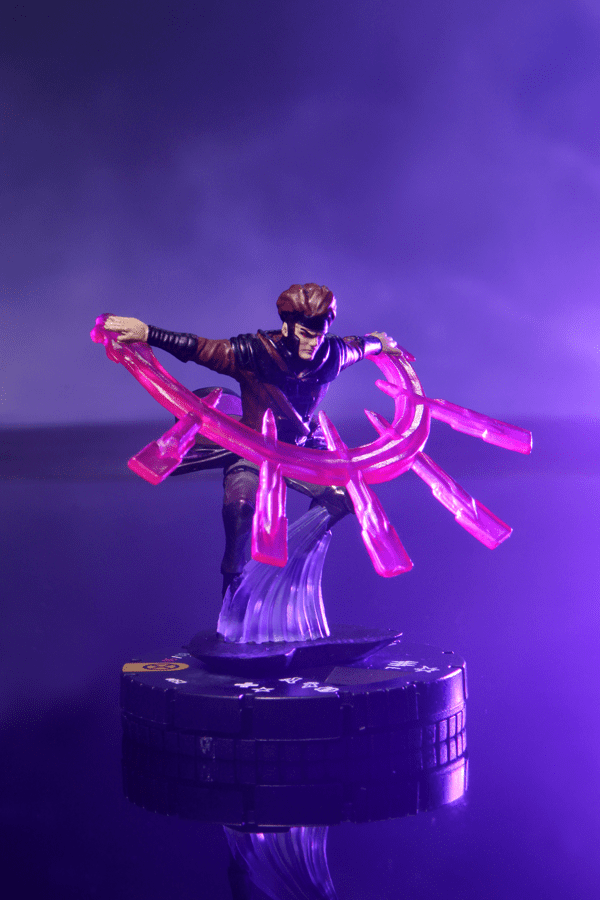 Check out our photos to see the improvements for yourself. We love how they look on the tabletop and this November we hope you see them on a table near you!

Pre-Order now through your FLGS or here!

Keep up with all the latest on Marvel HeroClix: X-Men House of X news by following us on social media or checking back here.