Over the past two years we have examined and learned from our last rules update. The 2021 rules update lived up to its goals of making the game more accessible to players, and we still  plan to adhere to the spirit of that update. Whereas that update focused on streamlining the core gameplay, this small slate of changes will focus on increasing the excitement and flavor of most games without markedly increasing the complexity of its rules. Rules you read about in these articles won’t take effect until closer to the release of Marvel HeroClix: Spider-Man Beyond Amazing, when players have the updated rulebook in-hand. As with all rules updates, we will reveal the PAC and Comprehensive rulebook ahead of that release.

Over the course of this series, we will walk you through all the upcoming changes. Our goal is to both demonstrate the fun behind these changes as well as to clarify any initial questions that you may have. Individual articles will go more in-depth, but in broad strokes this specific rules update began with a single question: How do we make standard objects matter again? 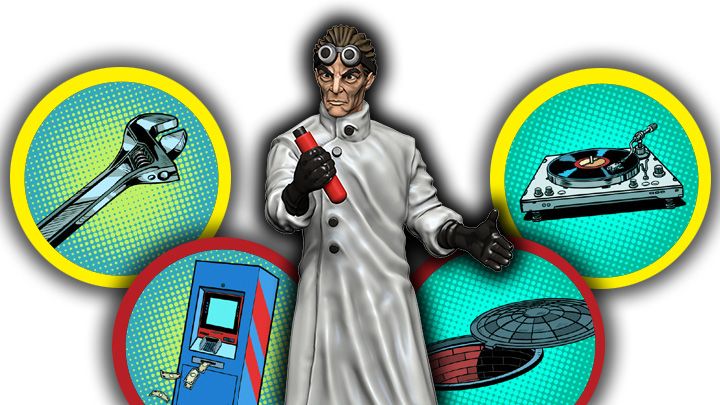 Standard light and heavy objects have long been overshadowed by equipment. Worse, they have been relegated to a single function: augmenting an attack early in the game. As we discussed ways to improve objects it became clear that we encountered broader issues of maps, terrain, and customization. This rules update quickly became known as the “Terrain Update” among our designers and testers, as our experiments with new object rules evolved into new terrain marker rules. To put the core of this update as simply as possible: Objects will be considered a type of terrain marker, and players may place terrain markers (including objects, blocking, water, hindering, or elevated) on the map during setup. Each player may include up to three terrain markers on their build, in any combination between objects, the standard 1×1 square terrain markers, or the new markers we’re about to discuss.

Much like with the current rules for objects, during setup each player may place their three terrain markers anywhere on the map outside of their starting areas.

While this is an undeniably a large update to the rules, it’s in many ways smaller than the 2021 update. A few PAC powers will receive tweaks to give them greater interactivity with terrain, but the mechanics of the game will largely play the same as they have. We also will take this opportunity to clean up the comprehensive rules and make some tweaks that have been long requested, and we hope you will be as excited to see them over this series as we are to show them to you! Over this and the following three articles, we will break down all the new information in this rules update.

As mentioned, objects will fold into the umbrella of terrain markers, but with this comes a secondary change. We will retire the terms and distinction between “Light” and “Heavy” objects. Objects going forward will be a single sub-category of terrain markers, with standard objects most closely resembling what were previously light objects:

For fans of Super Strength, don’t worry about the loss of heavies; Super Strength will enable characters to pick up any terrain marker (except for debris, smoke, and water) and use it to make attacks. Has your opponent hidden themselves behind Barrier? Have your attacker rip out those blocking markers and use them to augment their attacks! But how do you know how much extra damage that marker deals?

With this update, we will see all sorts of new markers in all sorts of shapes beyond the simple 1×1 markers we’ve had in the past. These markers have unique values printed on them that show how those markers interact with characters. 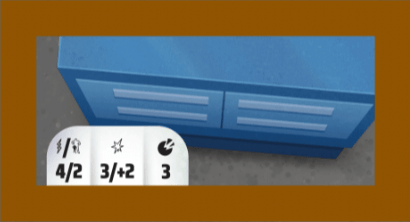 For example, let’s take a look at this 1×2 blocking marker. You’ll see there’s a window on the bottom of it that shows its object values. First,

shows the range that this object can be thrown with a RANGE Terrain Action, as well as the Giant Reach: X value a character can use while making a CLOSE Terrain Action. Next, the

, is the minimum damage value a character must have to target this terrain with a CLOSE/RANGE Destroy Action. 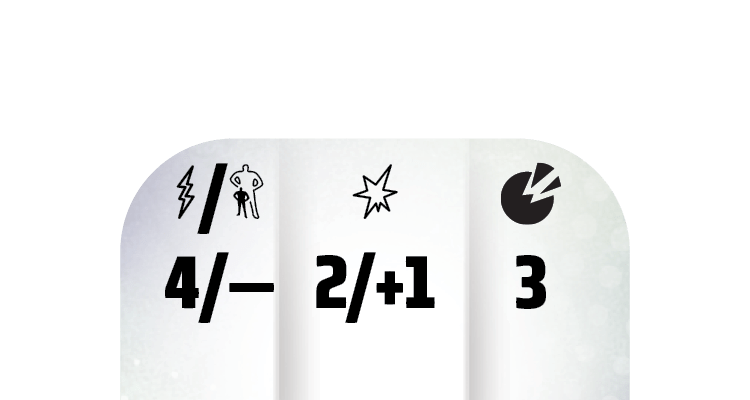 These default terrain values are shared by any terrain marker without printed values, be it hindering or blocking, object or elevated. 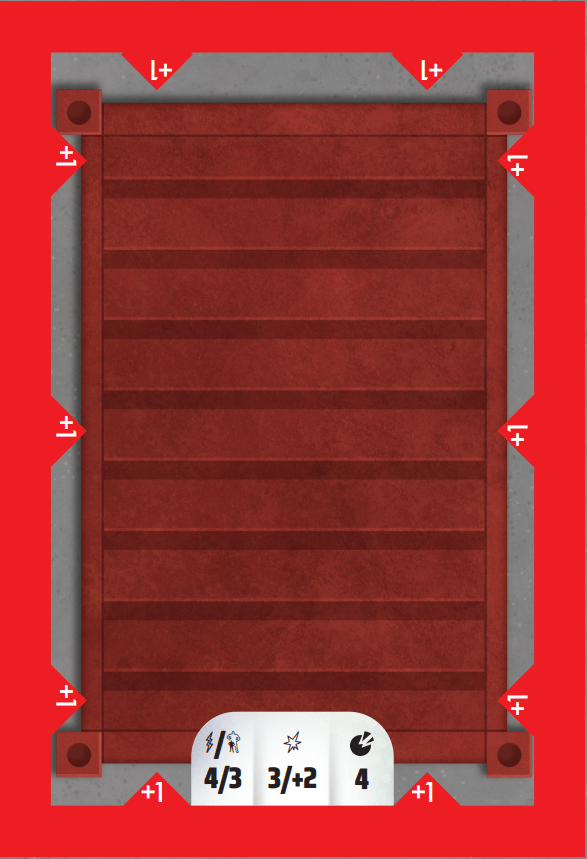 You’ll notice that the border of this terrain marker has multiple transition square triangles showing +1; elevated terrain markers are considered to have transition squares with every square sharing their edge. The +1 shows that this marker raises the elevation of the squares it’s in by 1. Elevated terrain markers also herald the much-requested return of a rule that we eliminated in the 2021 update: falling damage! If this marker is picked up or destroyed, the resulting fall will deal each character on it 1 damage, just as if they were knocked off the edge of elevation. We’ll have more about that in an upcoming rules article, though.

Clix from the Vault

One of our goals as we make these changes, similar to previous updates, is that more figures that are already in players’ collections will be fun to play with. More of the characters that you already know and love will have the chance to make it to the table as part of a slugfest in the world’s #1 miniatures game.

That’s it for our first peek at the upcoming rules update, but we have more of these articles coming out soon. If you’ve got questions, feel free to shoot them our way via gamefeedback@wizkids.com so we can make sure we’re focused on everything players are thinking about. Check out the summary of our coming updates below: Come back next week for a look into some upcoming changes to maps!

Mapping It Out! HeroClix 2023 Rules Update 2: Impact to Maps