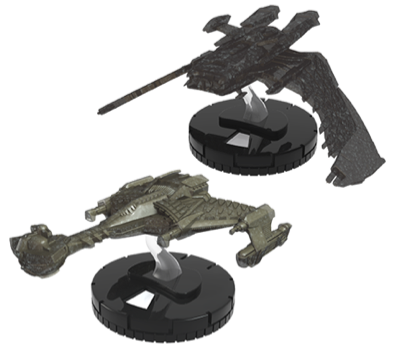 c battles from the Star Trek Universe or create their own with the upcoming release, Star Trek Tactics, a tactical combat game system returning to hobby stores early this fall. The Star Trek Tactics: Series IV set features over 25 premium pre-painted ships that have never been seen in Star Trek Tactics before! Play with fan-favorite classic factions such as the Federation, Klingon, Romulan, Dominion, and Borg as well as the all new Xindi and Andorian factions! Unlike previous Star Trek Tactics sets, all ship sculpts are used only once within the set! That’s right, Series IV brings 28 unique dials and sculpts to the Milky Way!