What is Dice Masters Doubles?

How do I set up a Doubles game of Dice Masters?

Each team will start at 30 life. Teams cannot increase their starting life above the starting total (30).

Teammates will sit next to one another, across from their opponents. Each player puts their character cards on the outside of the play area. Each team places their Basic Action Cards somewhere convenient for all players (above character cards or in the center), with an Indicator Card, and each should have six of the appropriately colored Basic Action Dice placed on it. 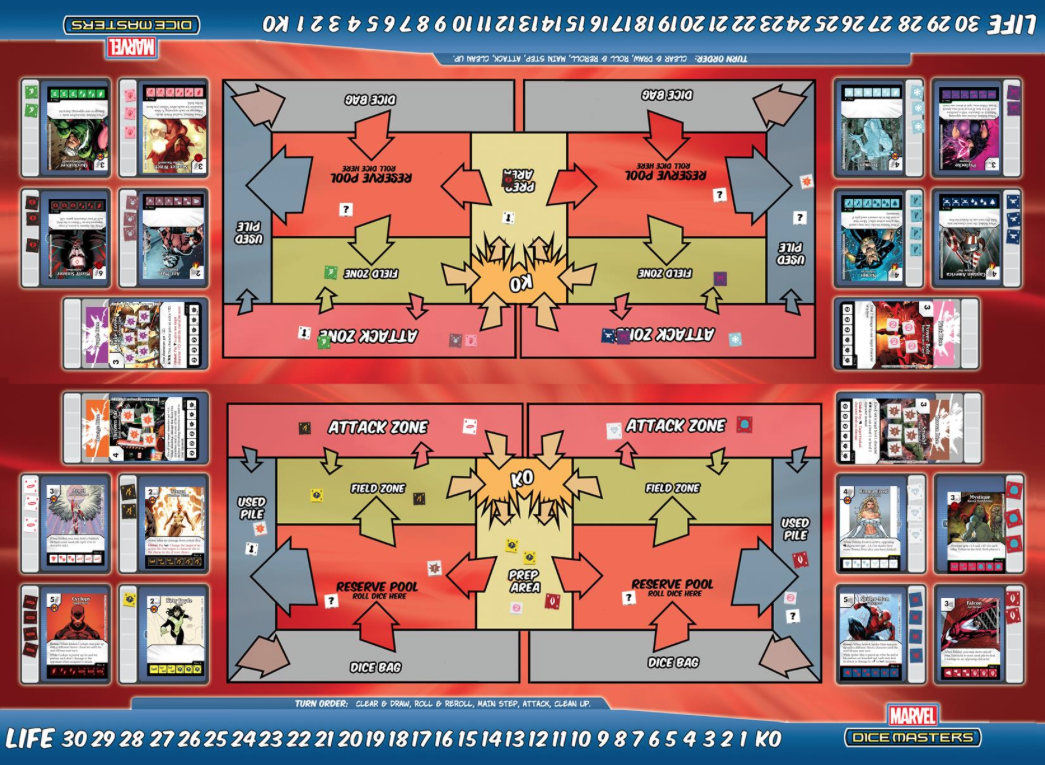 Players may only attack the player directly across from them. Players may not block for their teammate.

Players may only buy from among the four cards they brought to the game and among the Basic Action Cards. A player may not purchase their teammate’s dice.

Players may not buy more than 1 of each Basic Action Die during a turn.

Both teams share a common Prep Area! It is best placed between teammates. Dice go into that Prep Area as in a regular game. When it is time for teams to roll their dice, they decide amongst themselves who will get which dice, splitting them up however they like. This means characters can migrate from one player’s field and ultimately end up in their teammate’s bag!

A team wins by bringing an opposing team to zero life!