There’s a Schism Between the X-Men – Will you side with Wolverine or Cyclops?

Cyclops and Wolverine have disagreed one too many times following conflicts with the Hellfire Club and The Sentinels. Wolverine leaves Cyclops’ Utopia behind to restart the Jean Grey School for Higher Learning. Which mutant leader will you follow in Marvel HeroClix: Wolverine vs. Cyclops: X-Men Regenesis?

Marvel HeroClix: Wolverine vs. Cyclops: X-Men Regenesis is a three-month Storyline Organized Play event series that will get HeroClix players around the world playing like never before, with and against one another. 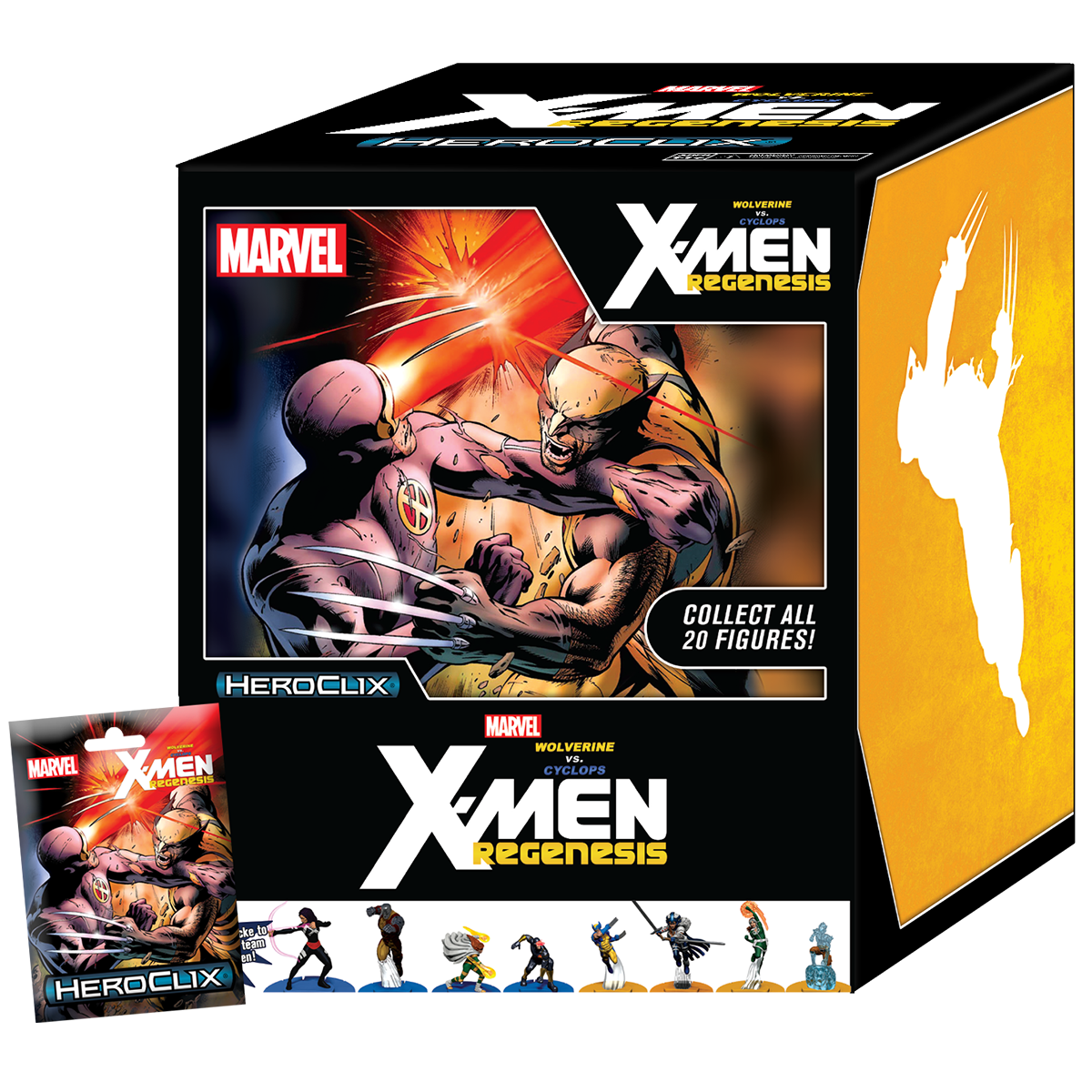 Players wishing to find X-Men Regenesis Storyline Organized Play Events should visit the WizKids Info Network (“WIN”) to find stores local to them running the event series. Login to reserve a seat at an X-Men Regenesis Event near you!

Note: As this event series will be held at selected stores with a limited supply of producted and limited seating, participating stores may require pre-registration and/or pre-payment. Please contact your local store directly to ask about their registration policies.

The Marvel HeroClix: Wolverine vs. Cyclops: X-Men Regenesis Storyline Organized Play (OP) Event Series features ALL NEW and UNIQUE content based on the Marvel Comics struggle between Wolverine and Cyclops over the true spirit of what it means to be X-Men.

Each Marvel HeroClix: Wolverine vs. Cyclops: X-Men Regenesis OP Kit contains eight (8) double-sided HeroClix maps which are specifically designed to be used as either a standard 2’ x 3’ map or a 2’ x 2’ map.

When using the maps in a 2’ x 2’ format, the squares outside of the dotted orange lines are not used (so the playable map area is 2’ x 2’) and players use the squares inside the dotted purple lines as starting areas.

RETAILER NOTE: The OP Kits contain enough maps to support 16 players each. If you anticipate large turnout, you’ll want to save maps from Month 1 to use in Months 2 and/or 3. You can always give them out as prizing during Month 3 or in later tournaments.

Players will get to open 3 single-figure foil packs that are exclusive to the OP series.

Players will then have a chance (each month) to trade one figure with another player in their event. Trading time should be limited to help the event go smoothly.

Players will build a 200-point HeroClix team out of the X-Men Regenesis figures they’ve collected from Steps 1 and 2.

Players play a Swiss-style event using 2×2 maps. The top finishers each month will earn prizes and points toward the Grand Prize.

In Months 2 and 3, players should bring back their X-Men Regenesis figures from the previous months in case they want to use them on their team or trade them away.

X-Men Regenesis OP – Why this format?

X-Men Regenesis is a brand-new format for Organized Play. We wanted to help retailers understand why we chose this format. The program, in many ways, has been engineered to get players coming to your store for three consecutive months.

Players picking a side at the beginning helps emphasize the theme and storyline of this Organized Play event. It also means they’ll have a chance to win something special, and there will be more than one path through the program to earn the best stuff (the path of agreeing with Wolverine or Cyclops).

Players who attend all three months will have the best chance of winning the Grand Prize at the end, but also will be able to collect more of the exclusive foil packs from the Regenesis CDUs, containing hard to get, powerful, and awesome looking figures. Part of the strength of these figures lies in the fact that they all have multiple starting lines for team building flexibility! Players will be able to trade with other people at these events too.

Stores being limited to how much exclusive product they can order each month helps keep the content exclusive, and desirable to players. With the event series only lasting three months, it’s an easy call to action to get players to return for a shot at the Grand Prize. Even if someone misses a month, they’ll have a chance at taking home the Grand Prize.

Players who don’t have a large HeroClix collection can start out this event on equal footing with the other players in your store, so even the casual crowd should feel encouraged to participate. The pool of figures being relatively small means that they’re likely to get to watch the most experienced players at your venue play some of the same figures they will – which is a great way to learn a thing or two for their next match.

OP Kits and CDUs are only available while supplies last! Contact your distributor to find out how many CDUs and OP kits you’ll be able to order each month. If supplies are available, distributors will let stores order additional CDUs in Month 3 and the month after the series completes (in case they’d like to run it again).

How do stores qualify to participate in this Summer OP event?

Stores will be selected based on a combination of their OP participation and sales history. Stores not selected can ask their distributor to be considered for this event series. Stores with a better history of sales and WIN participation will be able to order more product.

How does the event work?

During the first month, players will decide if they agree with Wolverine or Cyclops (they won’t be able to change this later). Players will build a team based on the above rules and play a Swiss-style tournament using 2×2 maps (provided in the OP kit).

During months 2 and 3, players will be able to bring the figures they’ve already collected during the event in addition to the figures they’ll open from foil packs in that month. They’ll also be able to perform a single trade if they’d like to from the figures they have accumulated from previous months of this program at this store as well as the 3 foil packs they open for this month. Players will play a tournament like they did in the first month. At the end of the third month, the top players who agreed with Wolverine or Cyclops will each get Grand Prize LE figures depending on who they agreed with!

For the record keeping aspects of the event (what figures players have, or which players have earned tournament points) we recommend the store having somewhere everyone can upload photos (like a Facebook event). For full details, on how the tournament works, be sure to read this entire webpage.

Players will be able to sign up for a store’s events, but since quantities (and space) are limited, we recommend stores that are able to take pre-registration do so.

For stores running the event (as recommended) with 3 foil packs per player, and 1 OP Kit per 16 players, $18* is the recommended entry fee

Stores running OP with X-Men Regenesis foil packs in some other way should treat them as $4.99 SRP.

Stores can give away the maps after the event or hold onto them to use through the entire event series and prize them out during the final month. 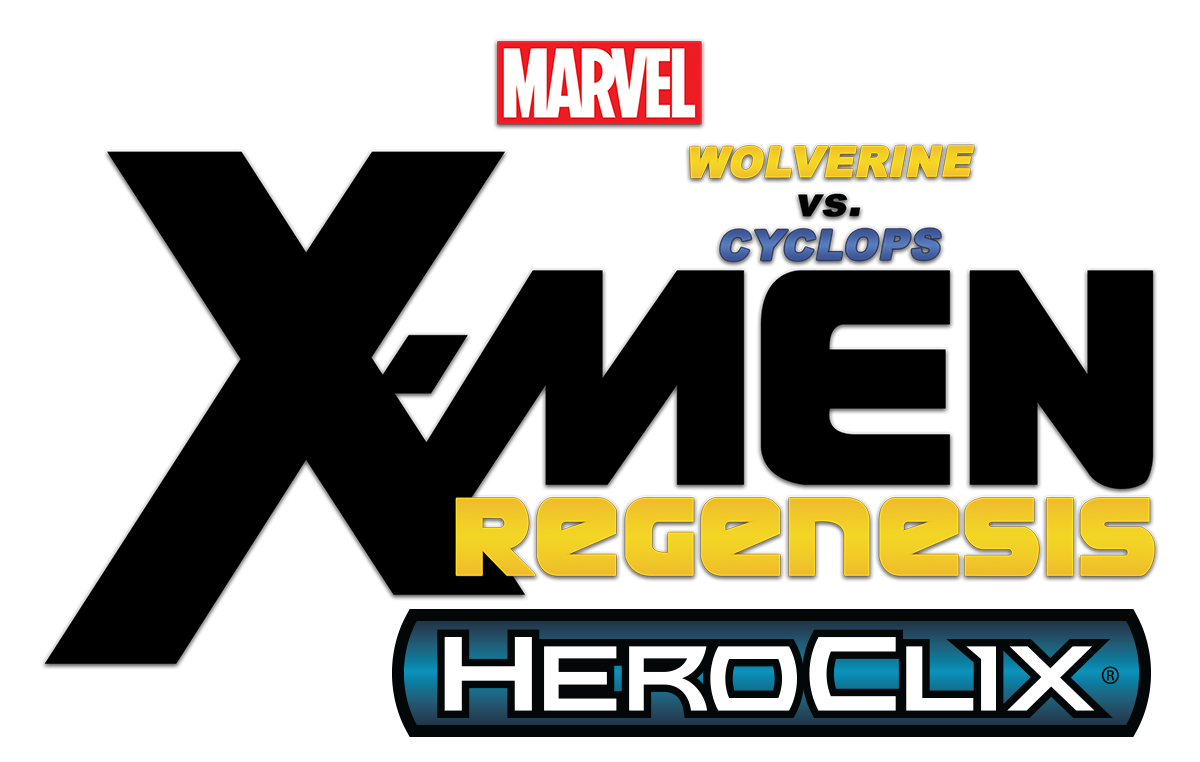 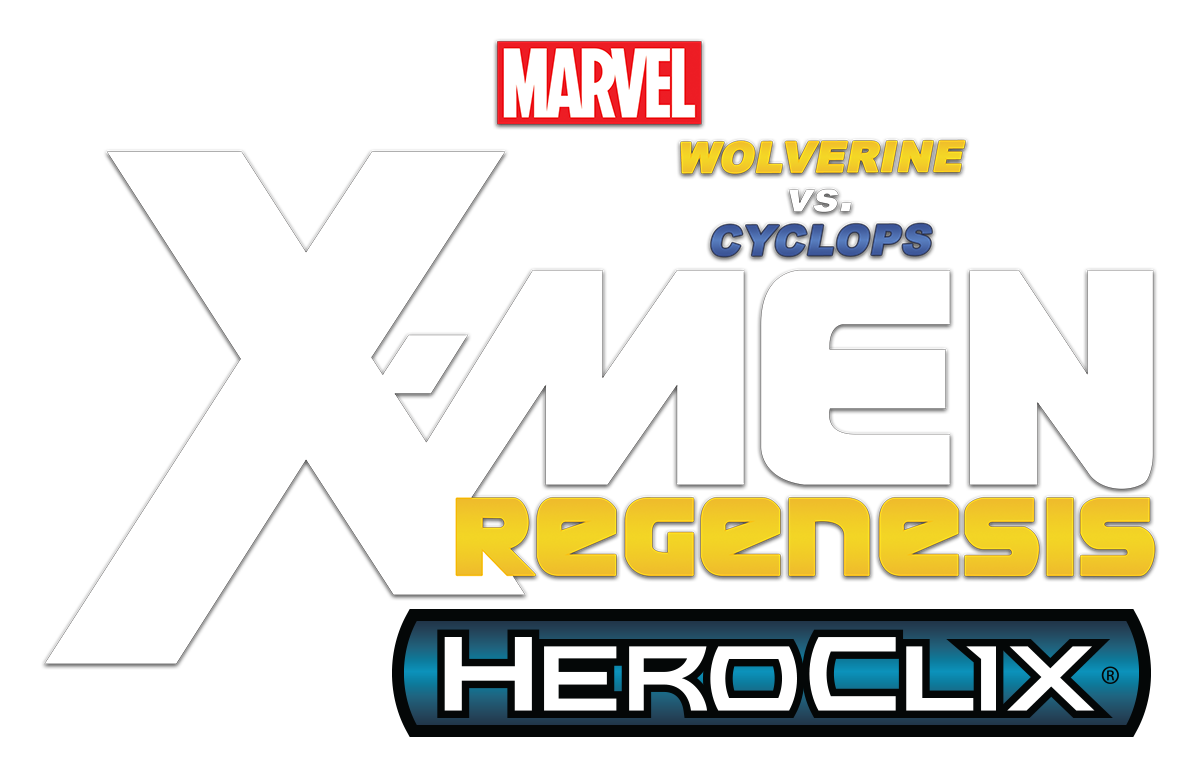