The Devourer of Worlds draws near! As Galactus’ hunger grows, his next target is revealed: the HeroClix tabletop! This Premium Colossal Figure has been specially sculpted with detail pushed beyond anything ever seen in HeroClix. At more than a foot tall, Galactus comes alive to tower over the tabletop and includes an alternate helmetless head to display. 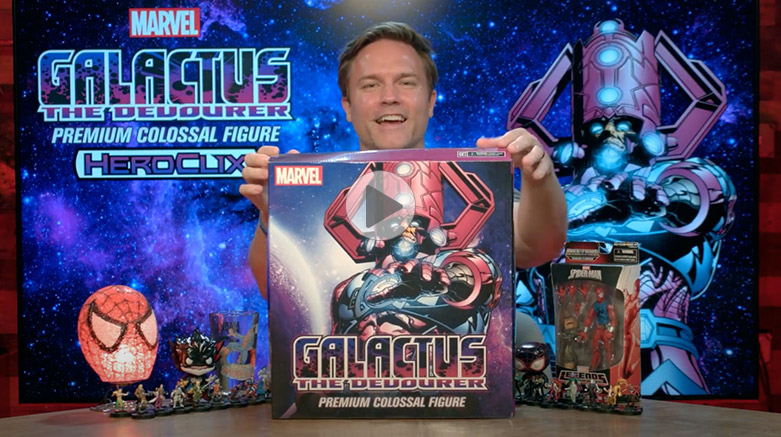 The Devourer of Worlds Draws Near!

Galactus delivers enormous depth of play in addition to a stunning representation of one of Marvel’s most beloved cosmic characters. Galactus has 3 x 6 base with 4 dials. Two of those dials represent Galactus himself (for 32 clicks of health). He also has two special dials. An all-new Herald Dial to let another character serve him, and a never-before-seen Elemental Converter Dial which will allow Galactus to devour the map!

No matter what size HeroClix game you’re looking to play, Galactus will be a great addition to it. He’s got 6 point values, you can play him as himself from 750 to 100, or just utilizing the Herald dial at 25 points. On his top-dial he’s an 11 range, 15 attack, 21 defense, 8 damage force of nature! He’s a return to old-school HeroClix colossal figures that take a few friends to defeat. Will you face him head-to-head or alongside allies? The fate of the Earth rests in your hands! 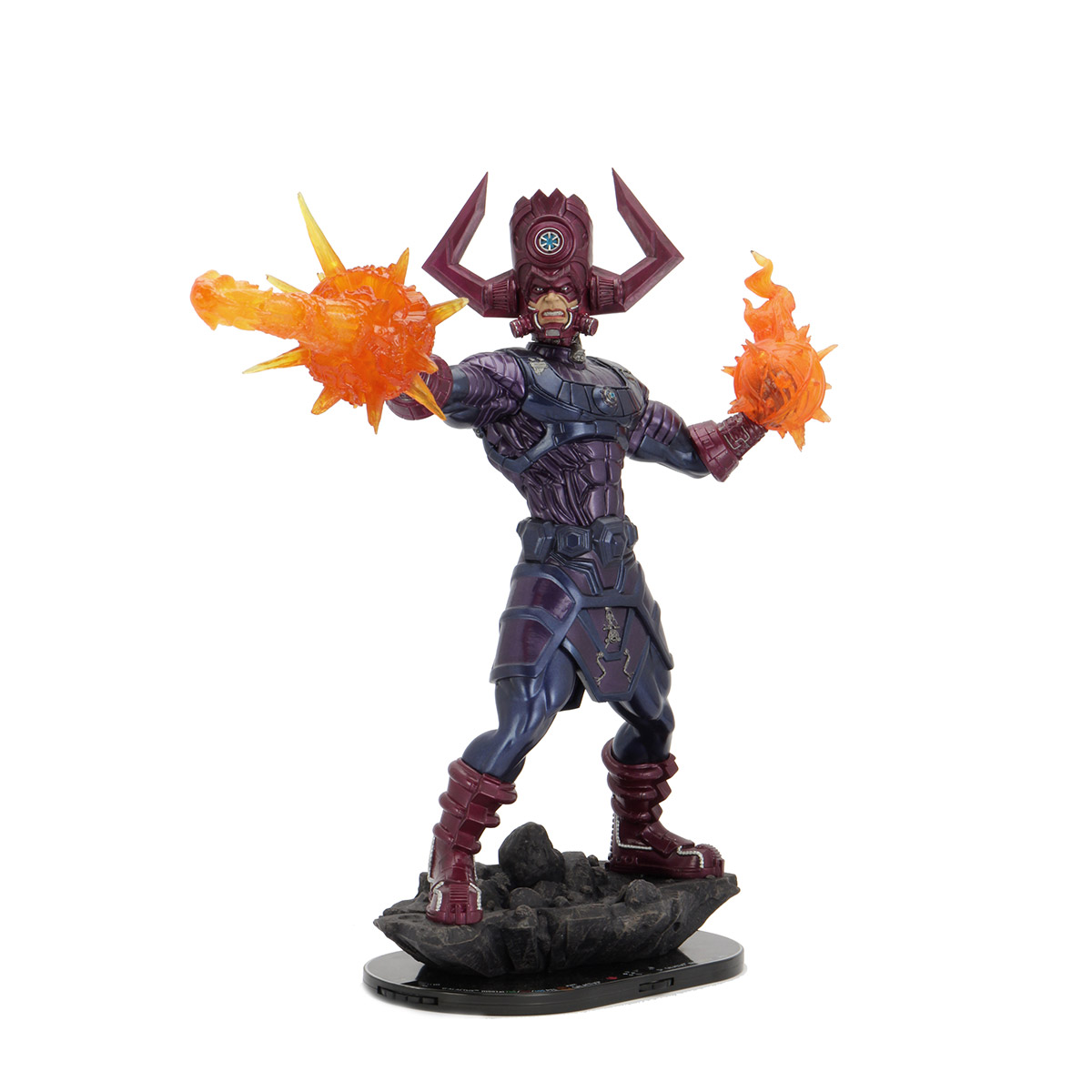 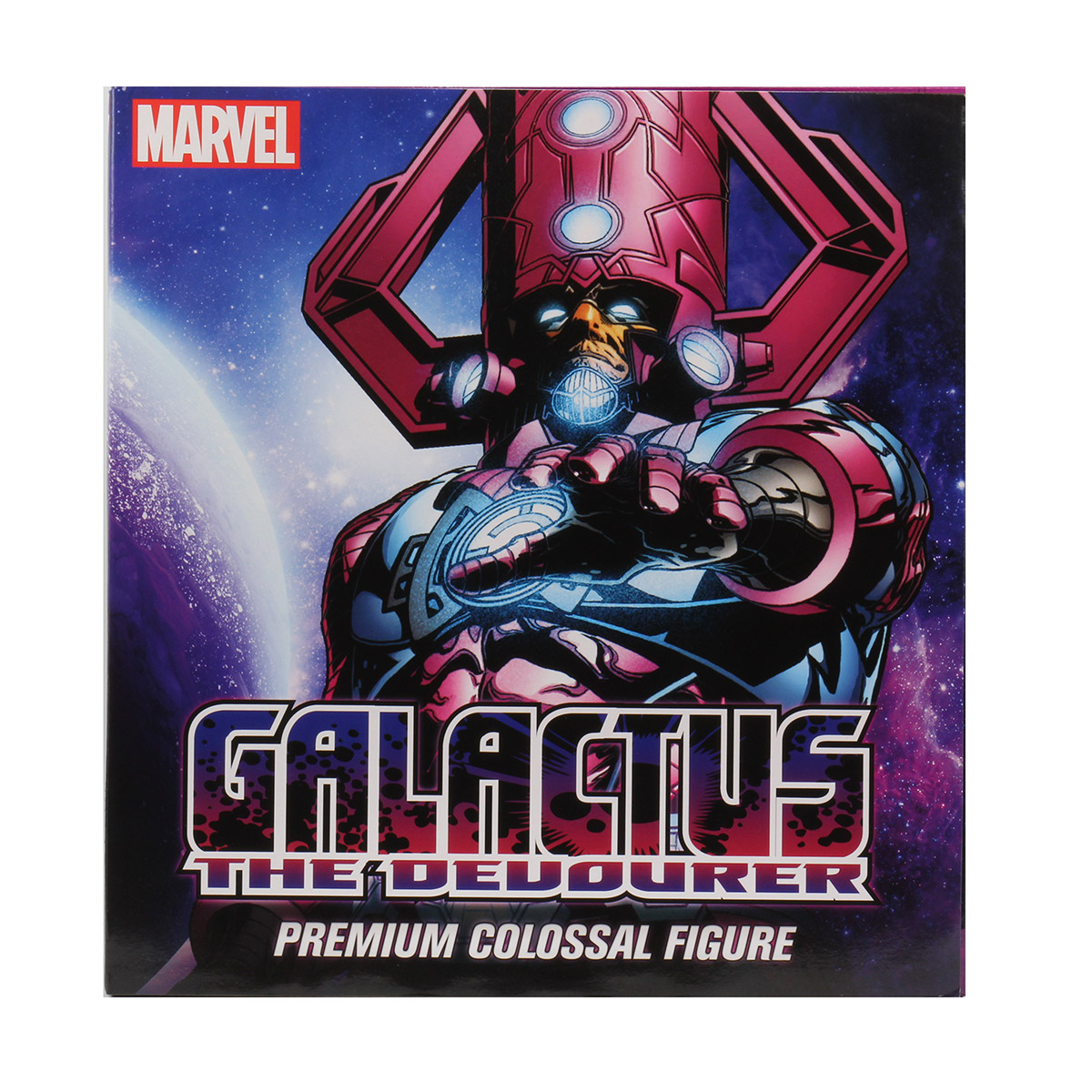 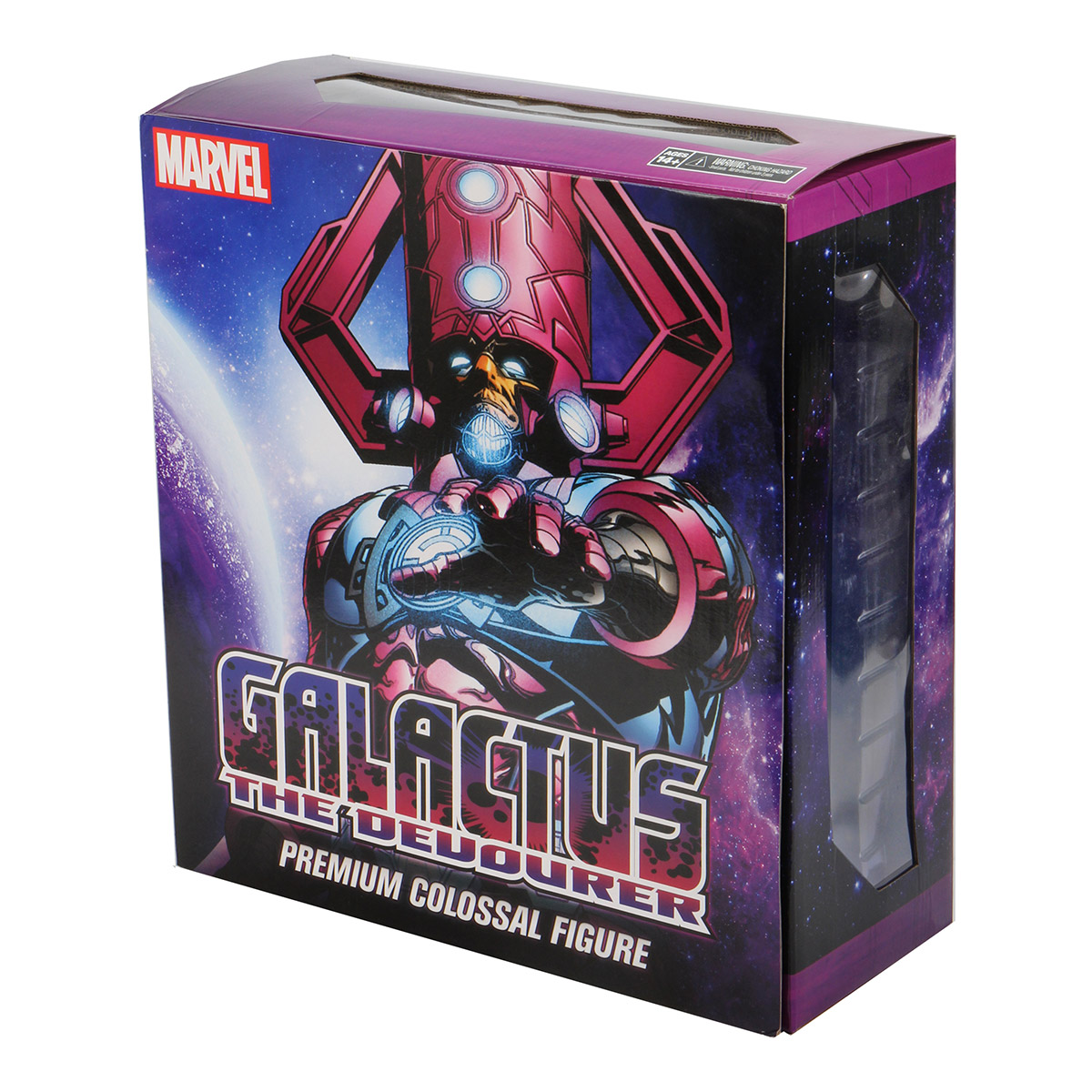 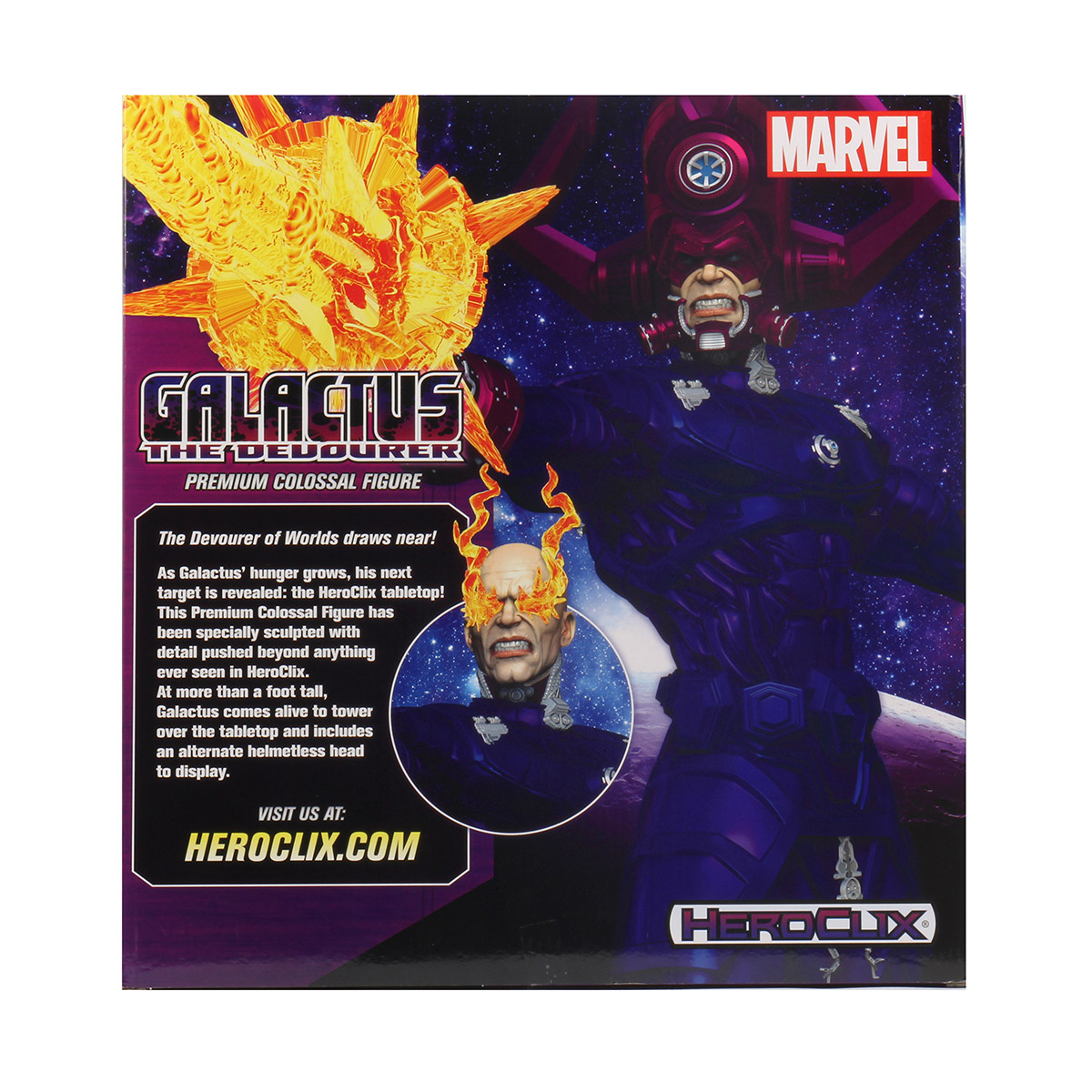 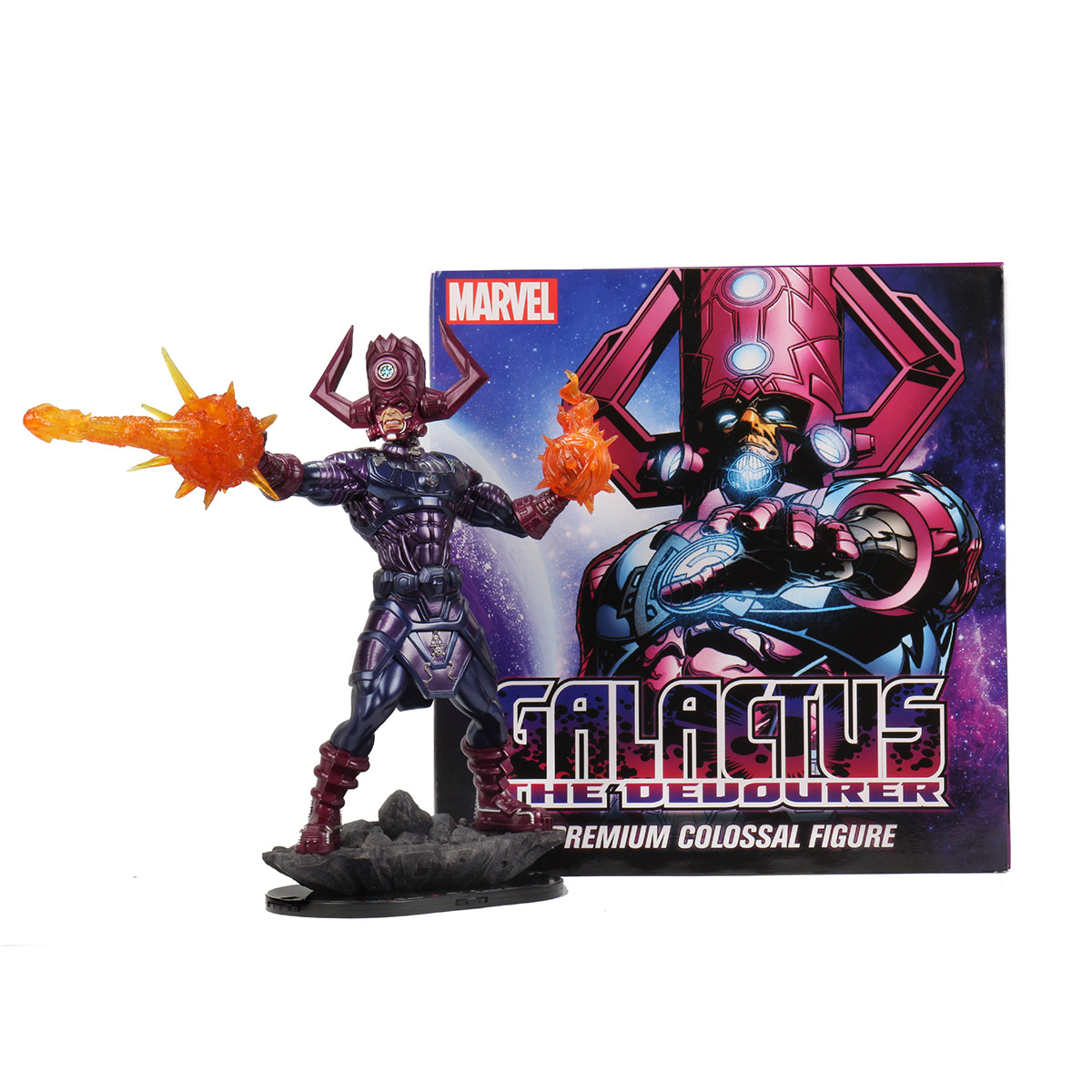 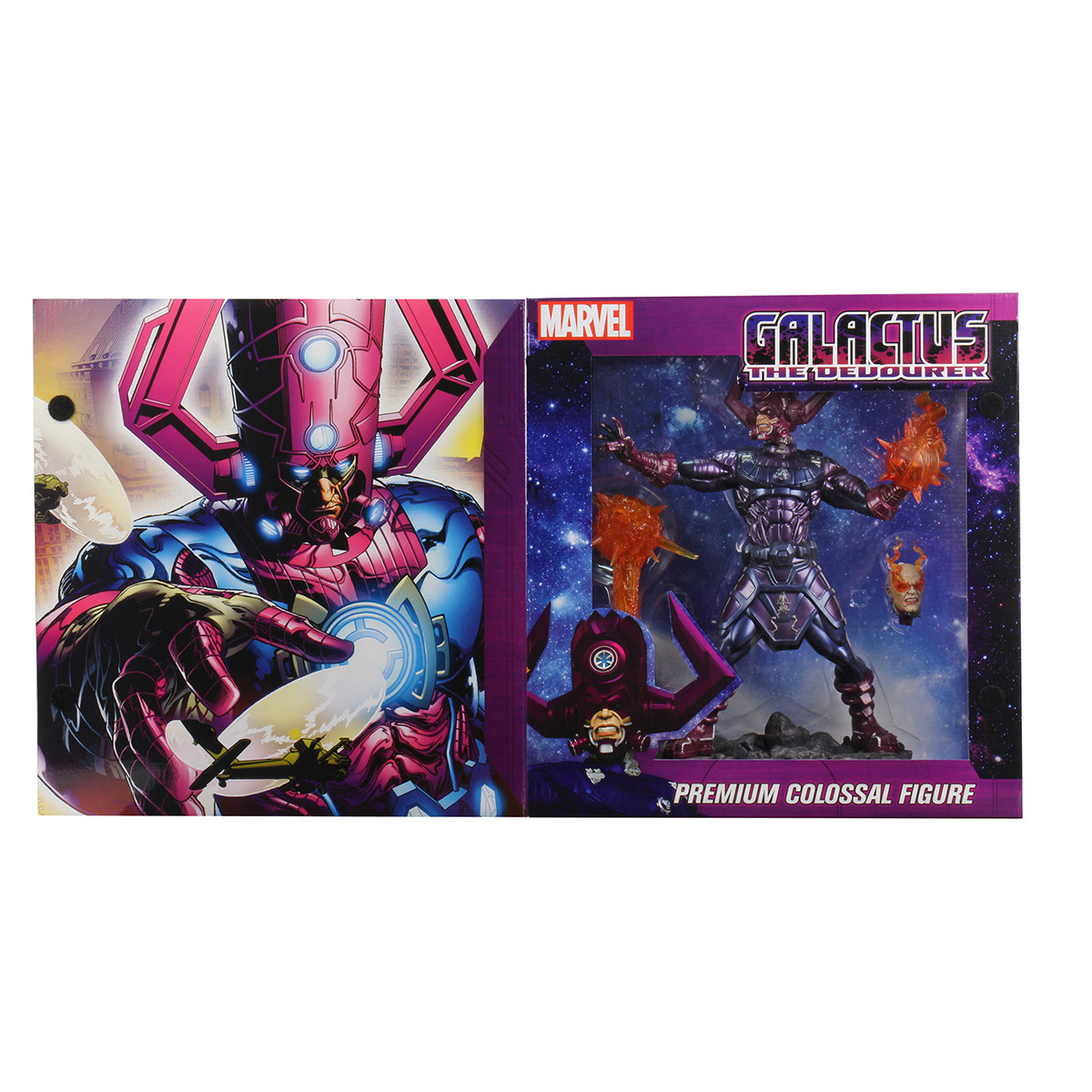 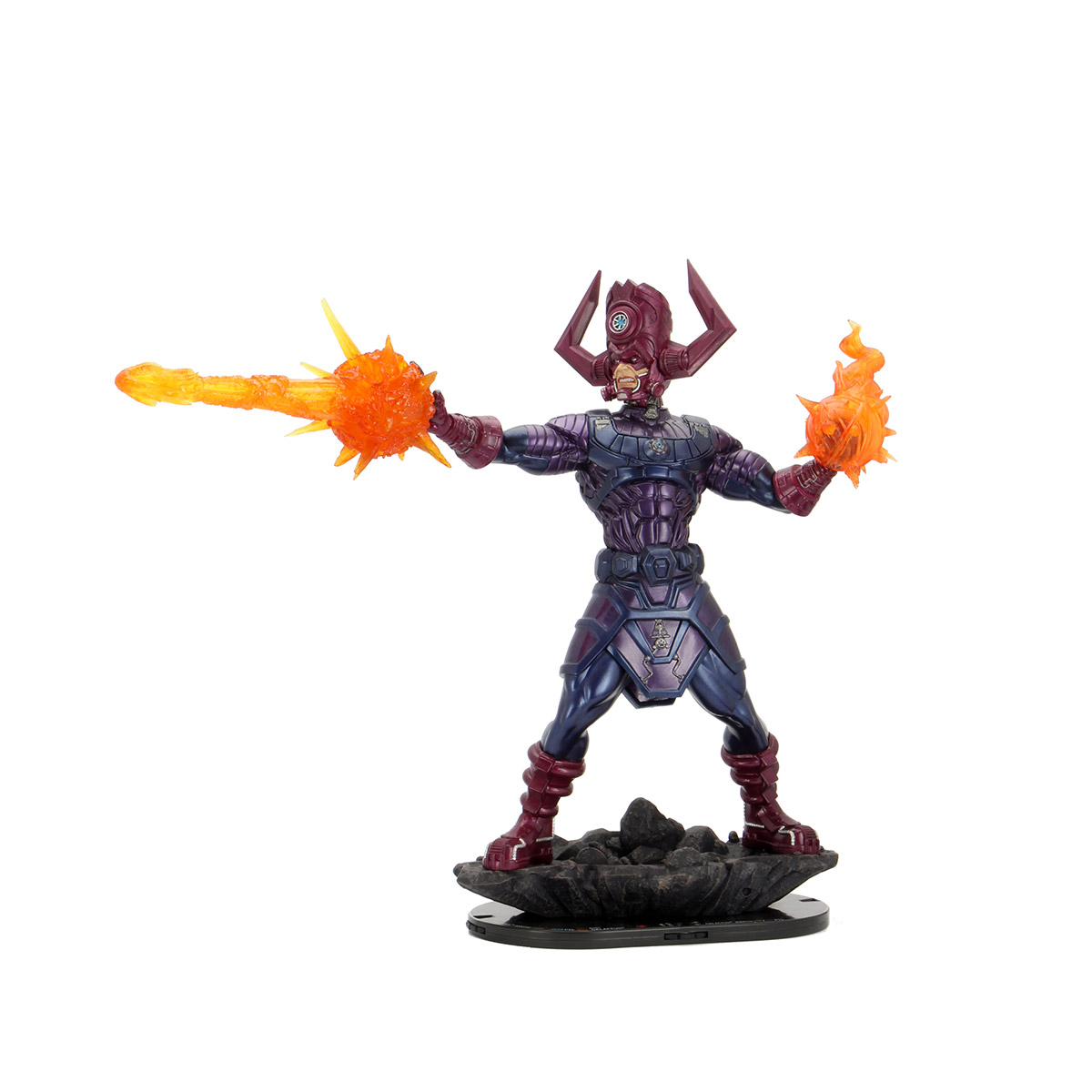 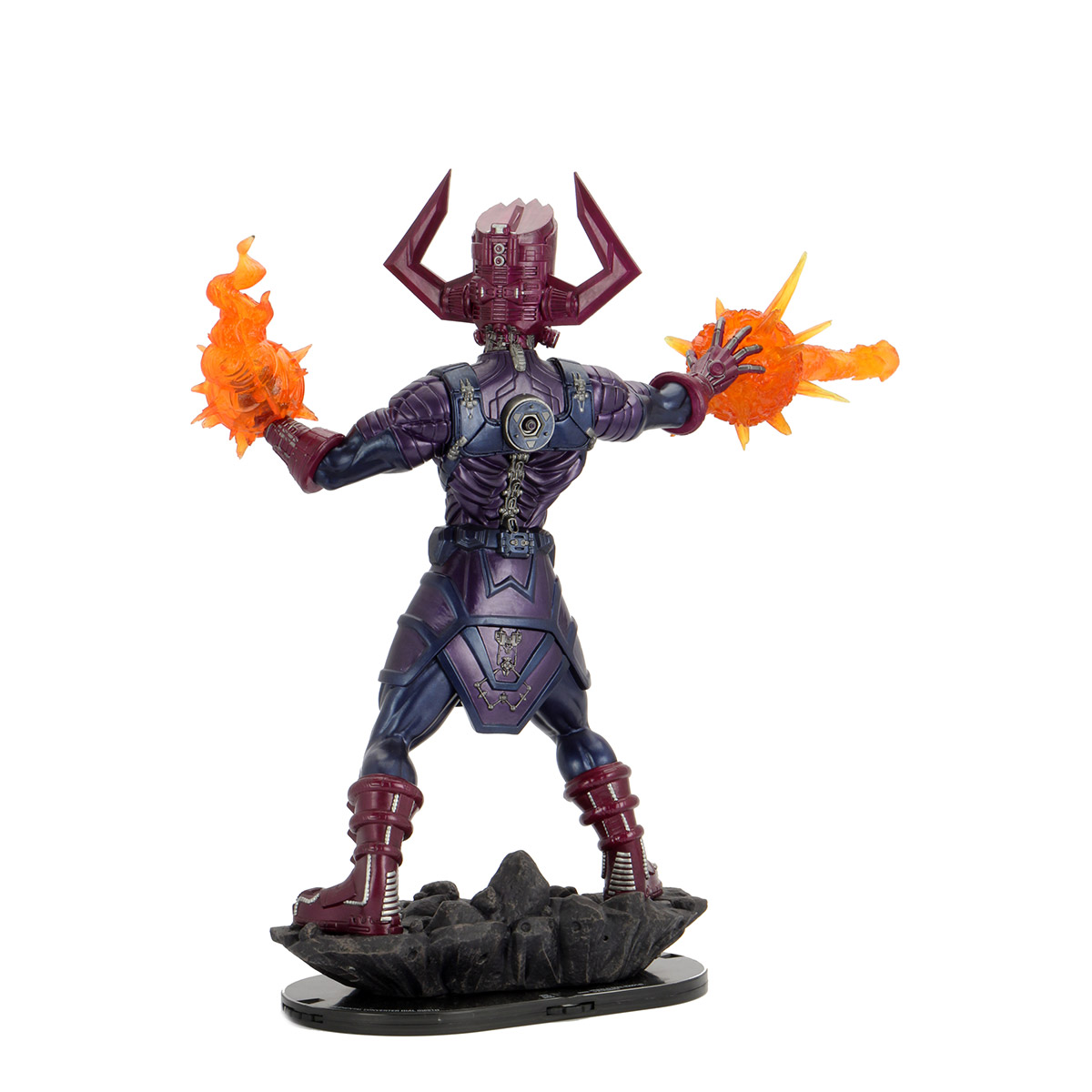 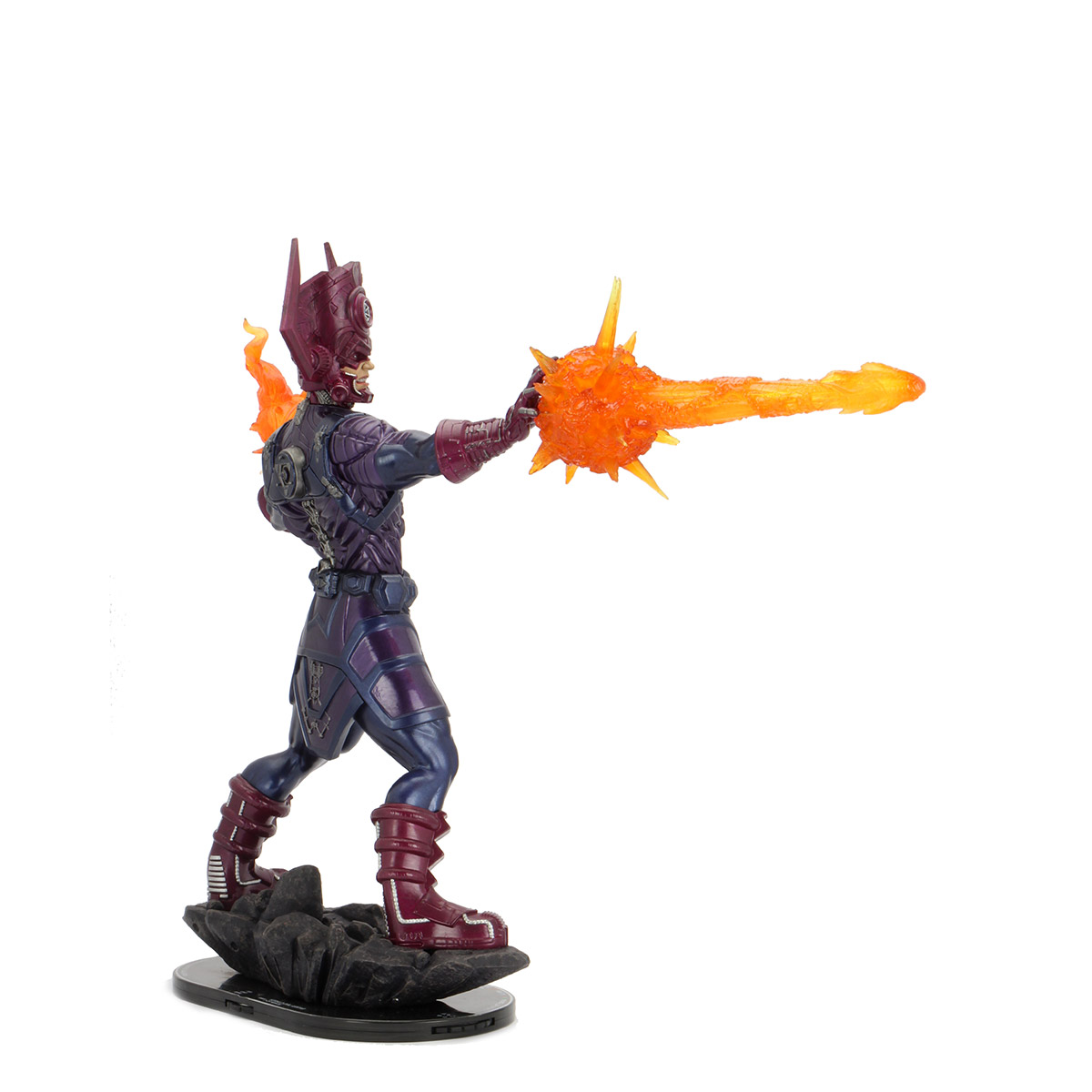 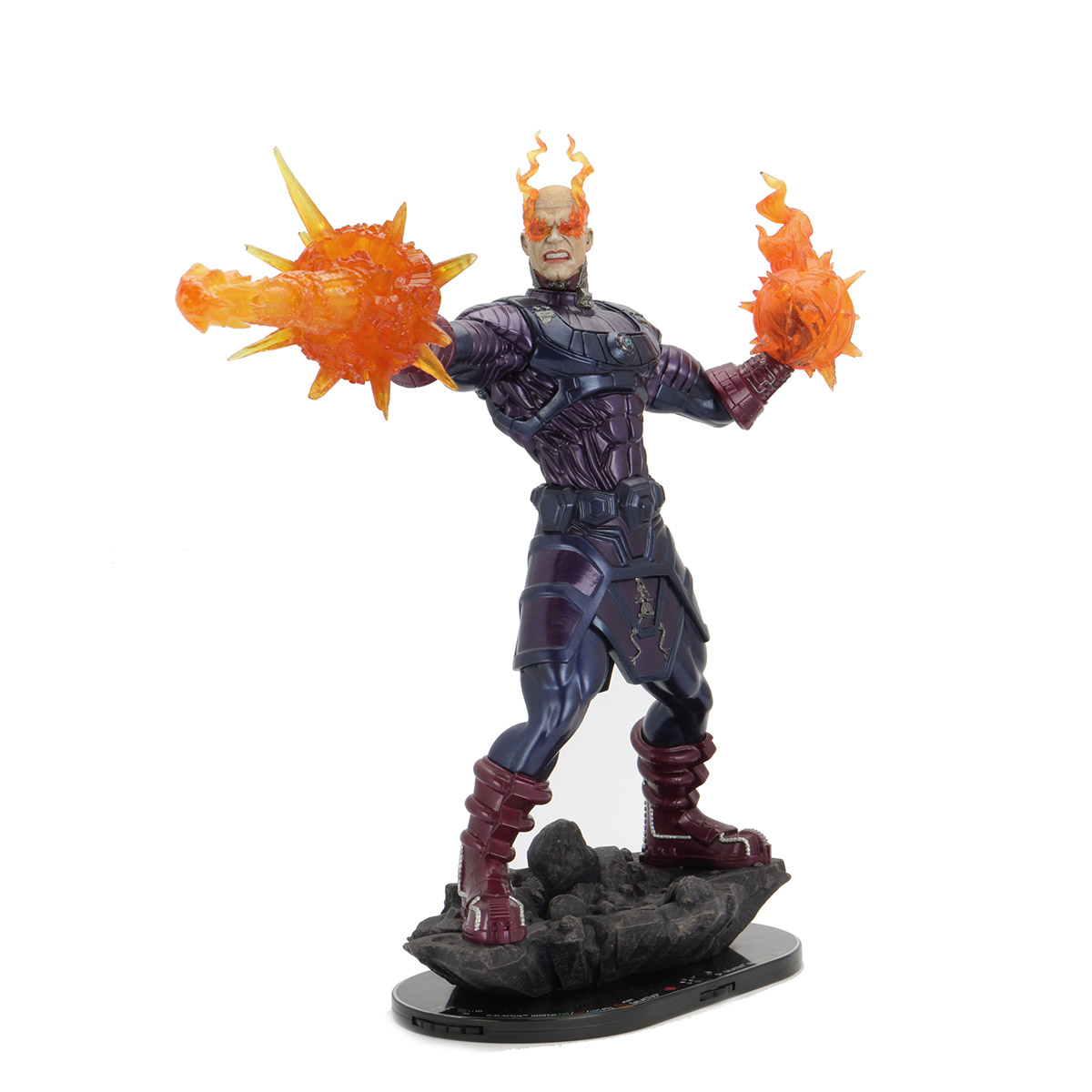 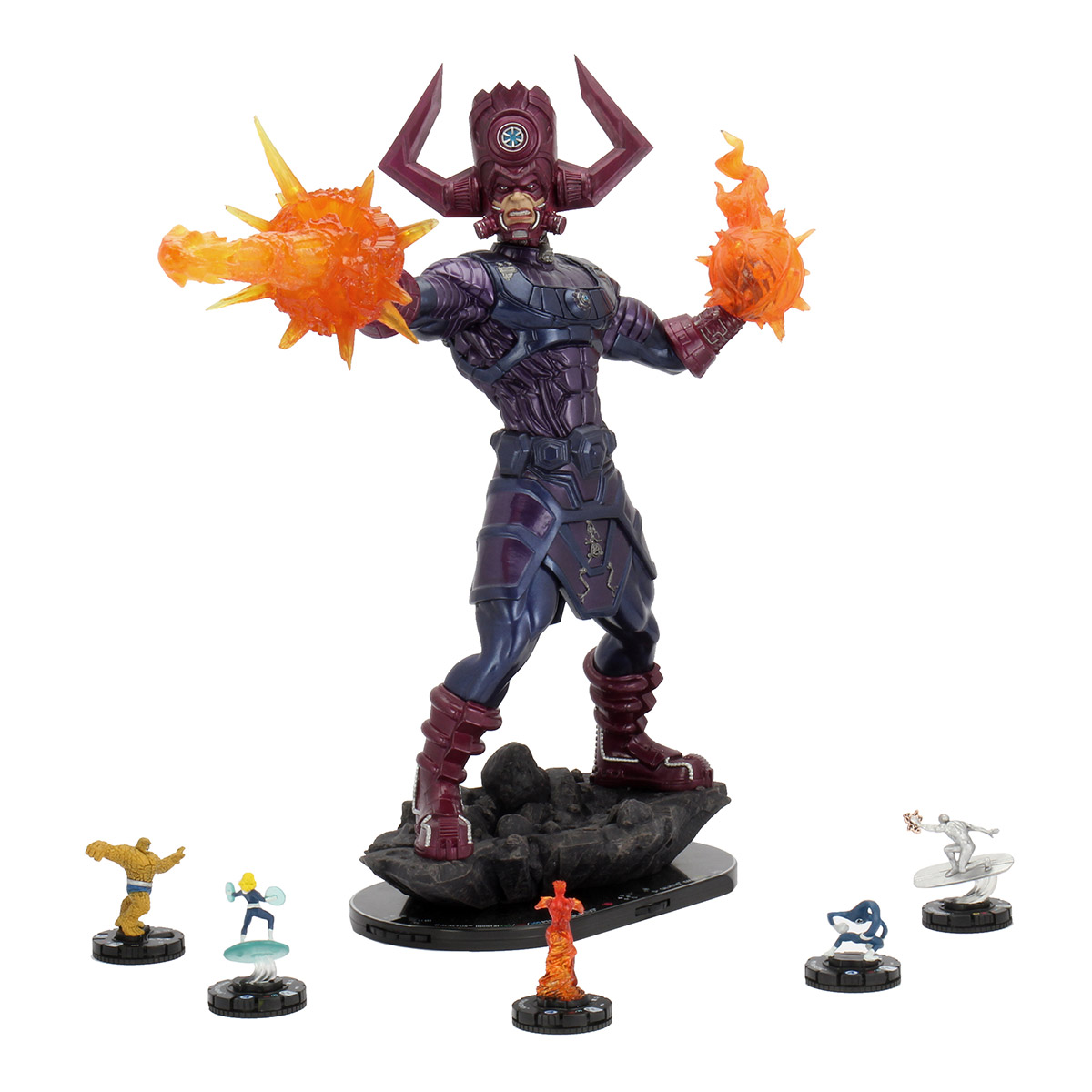 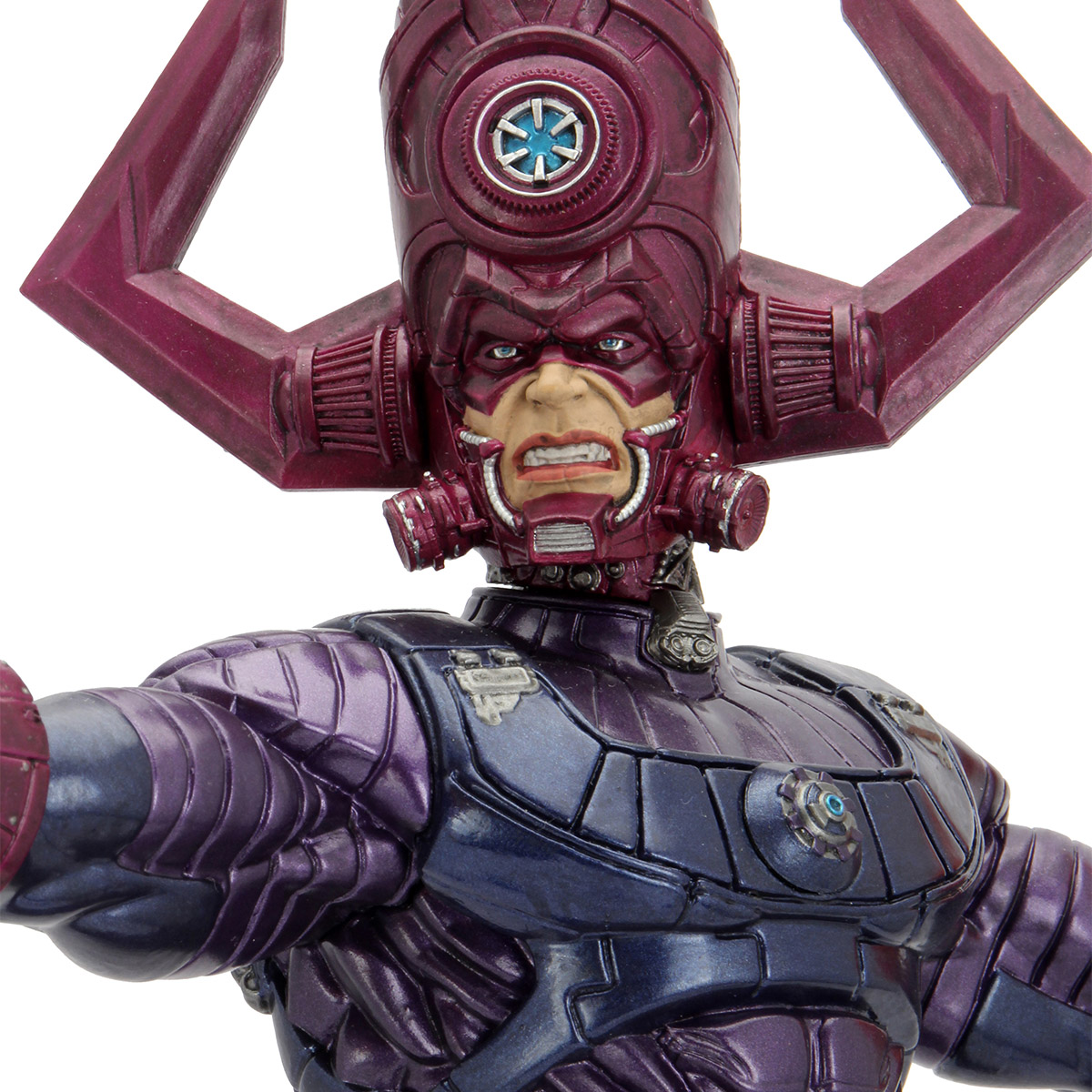 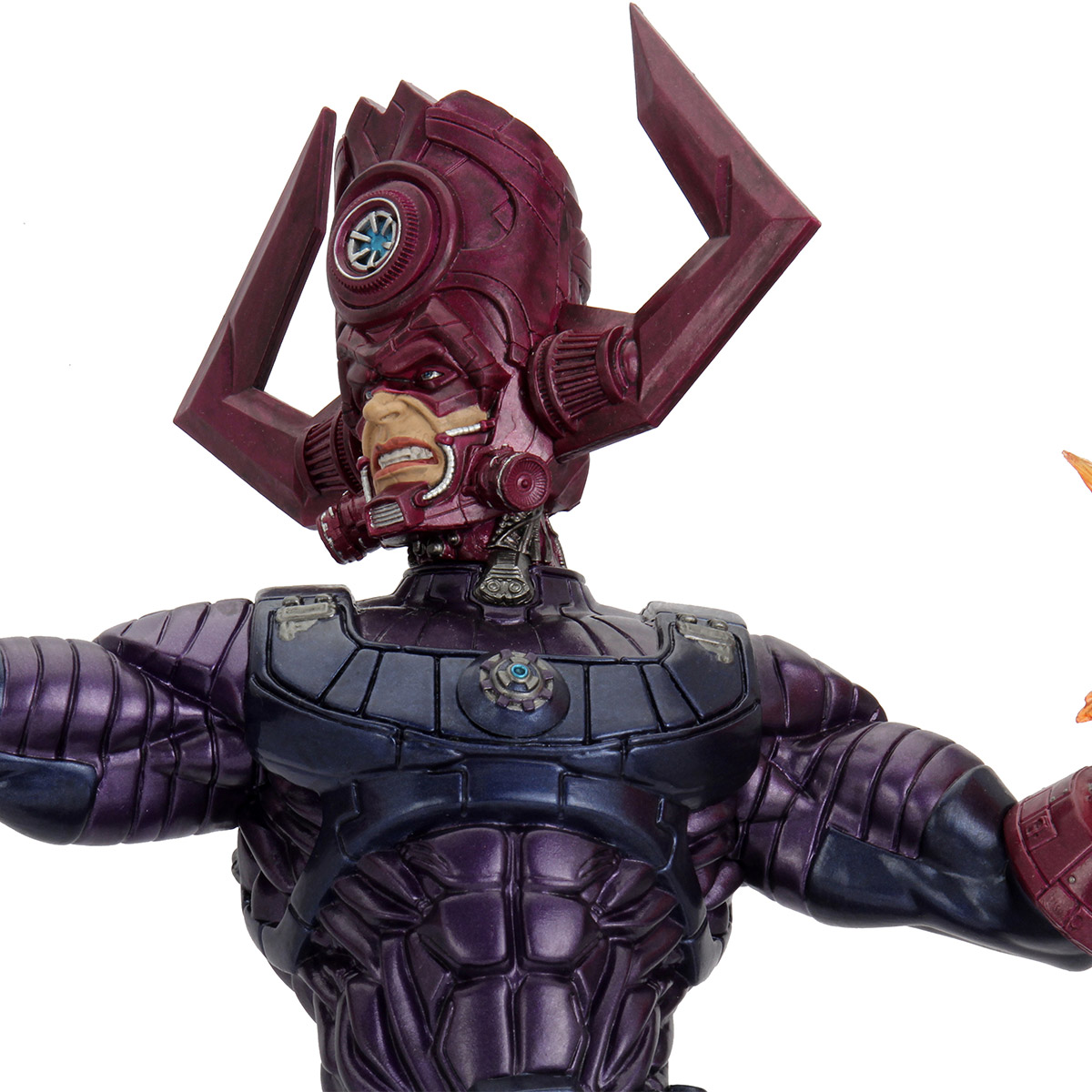 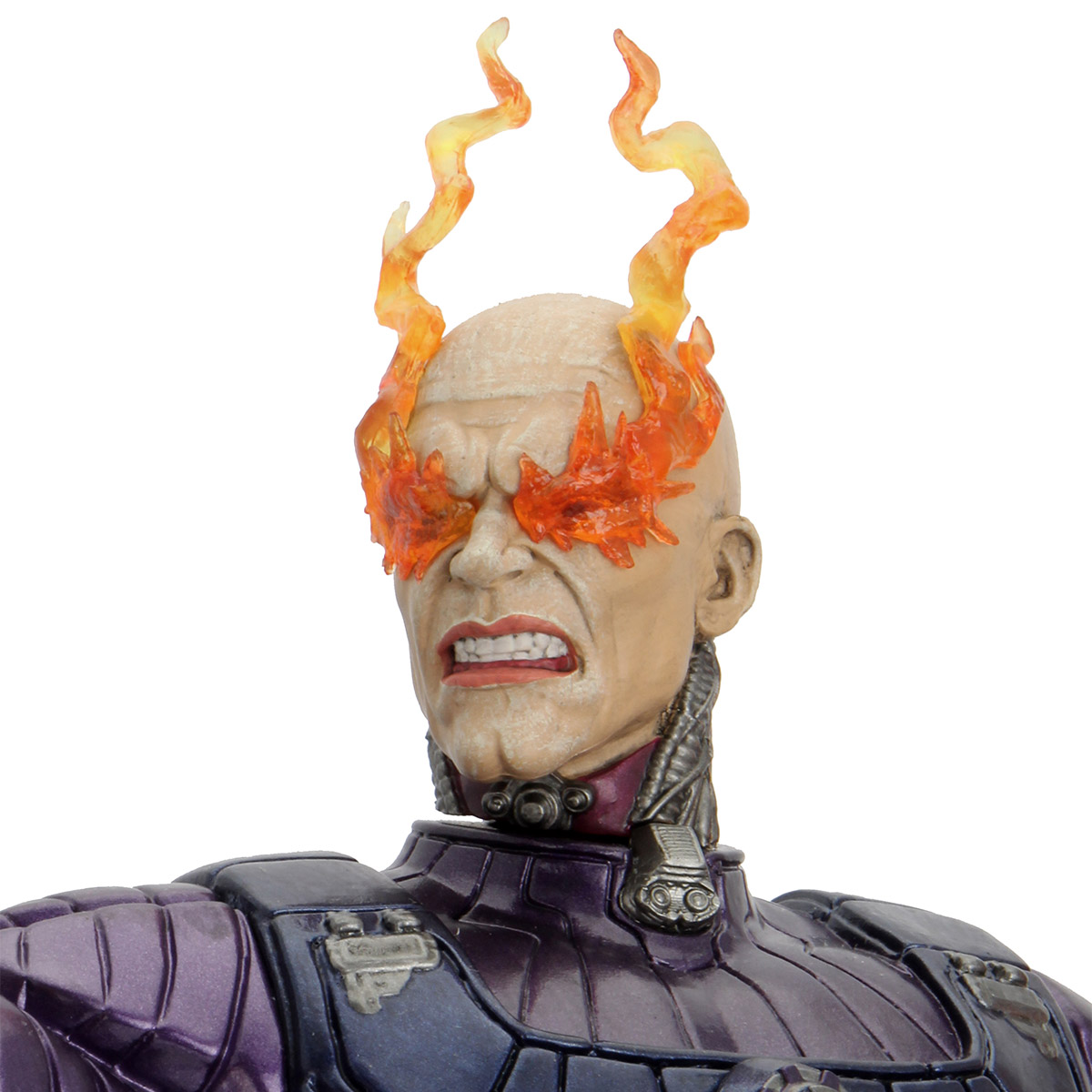 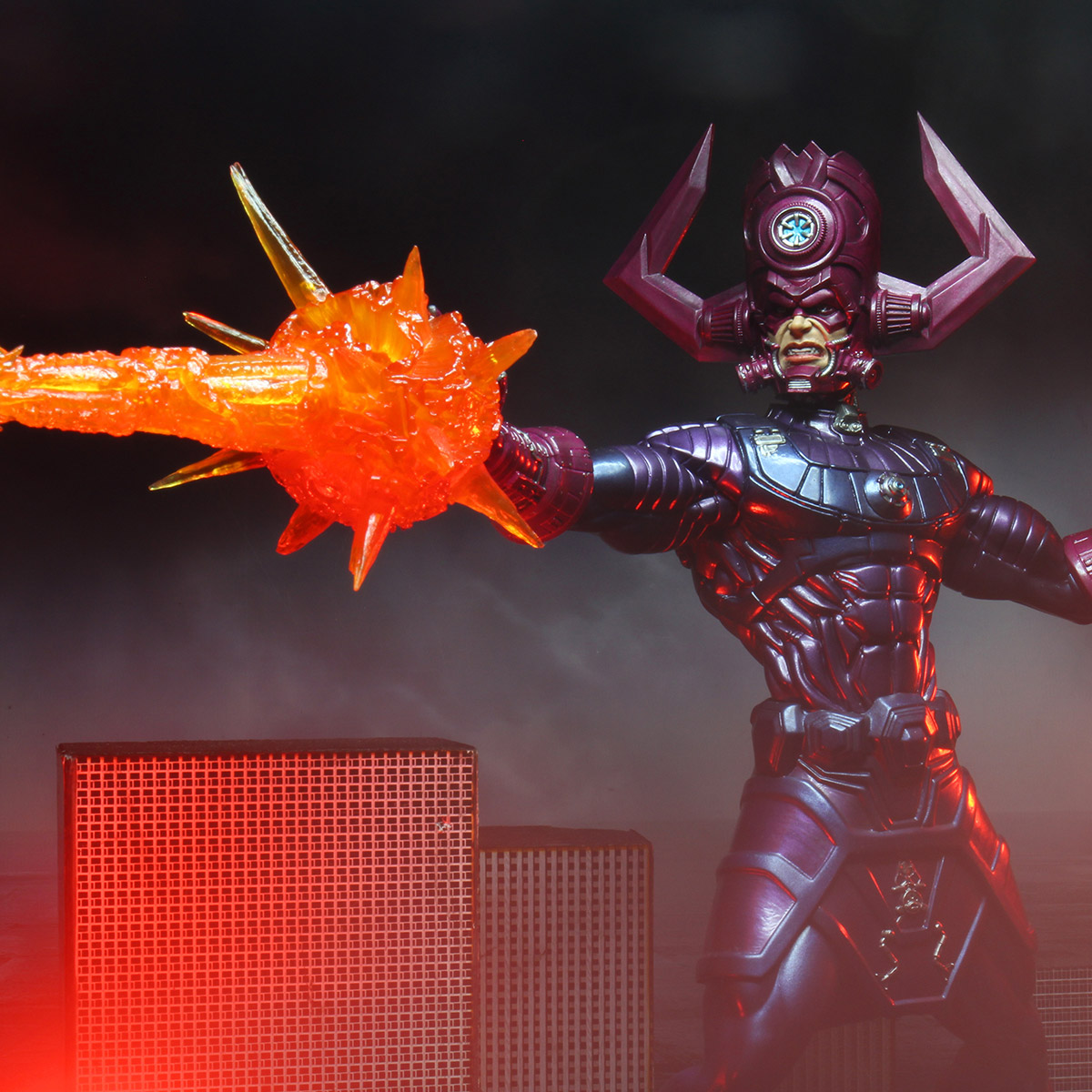 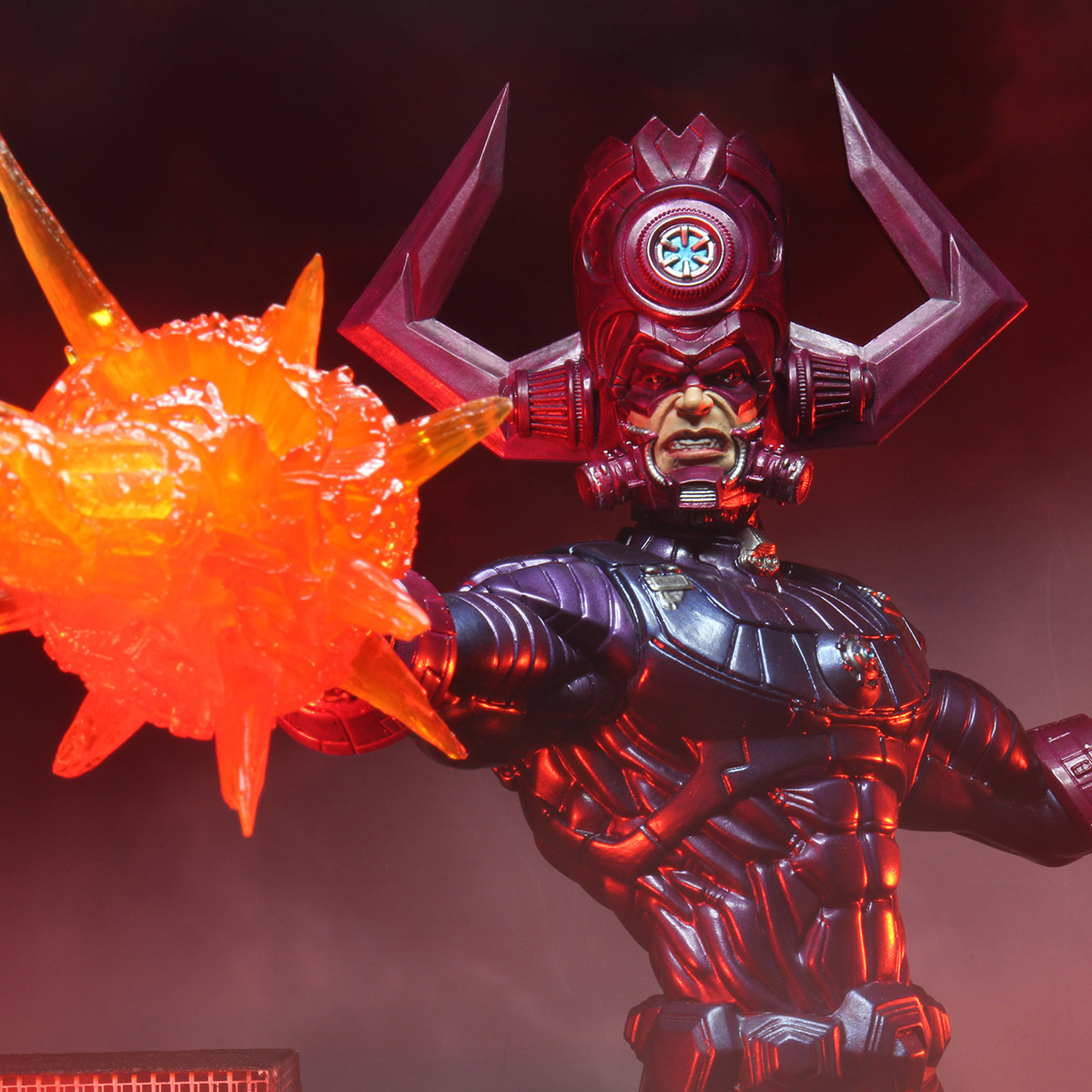 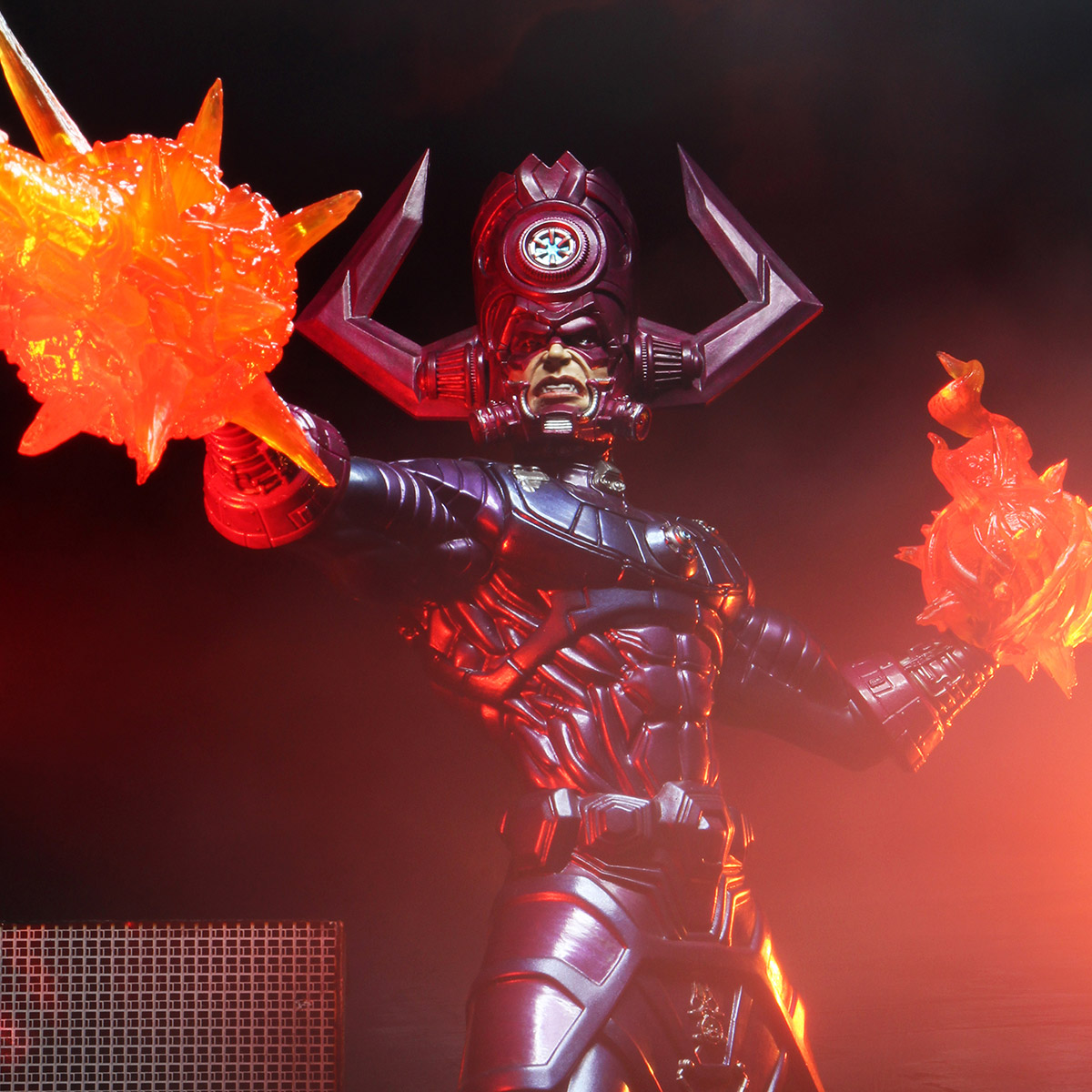 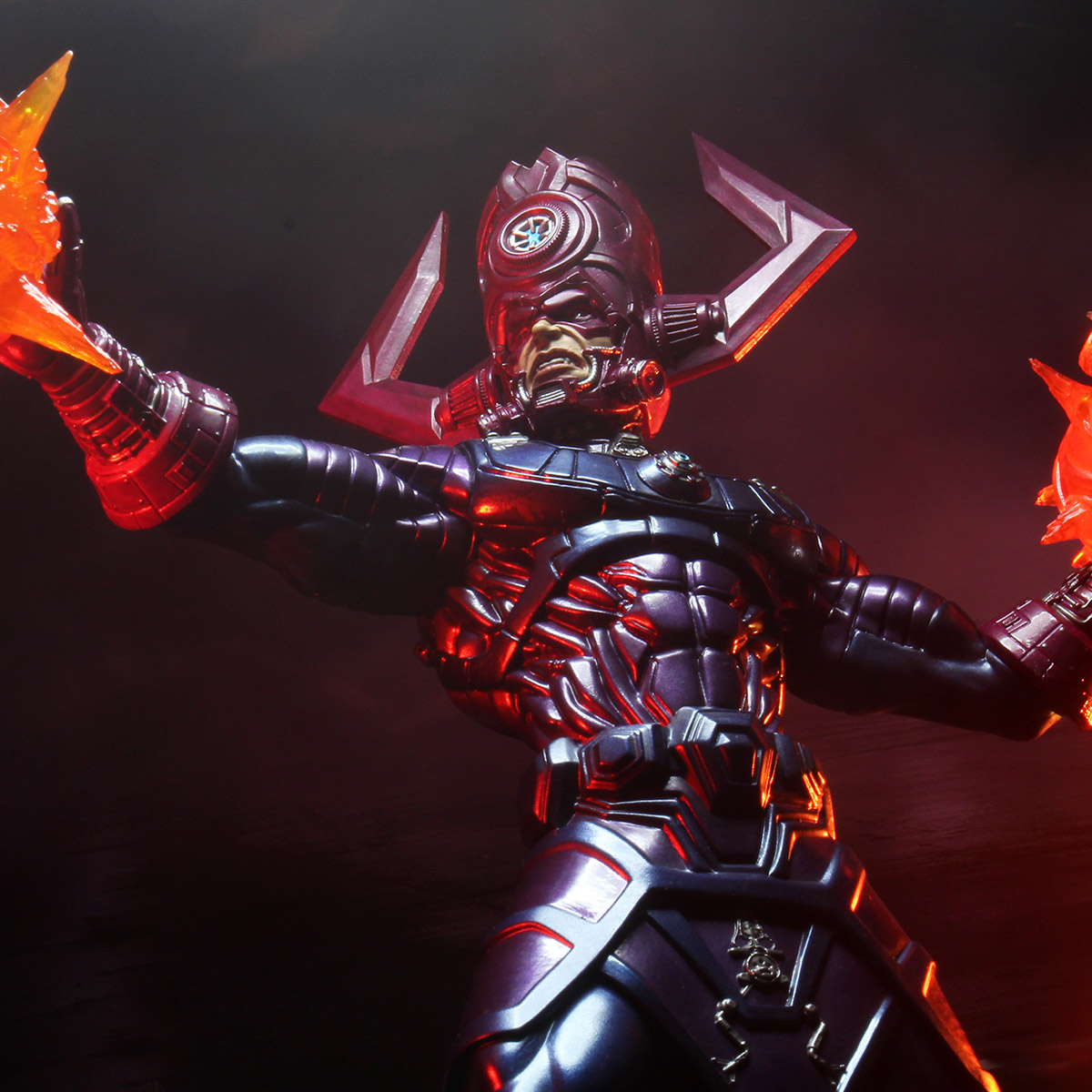 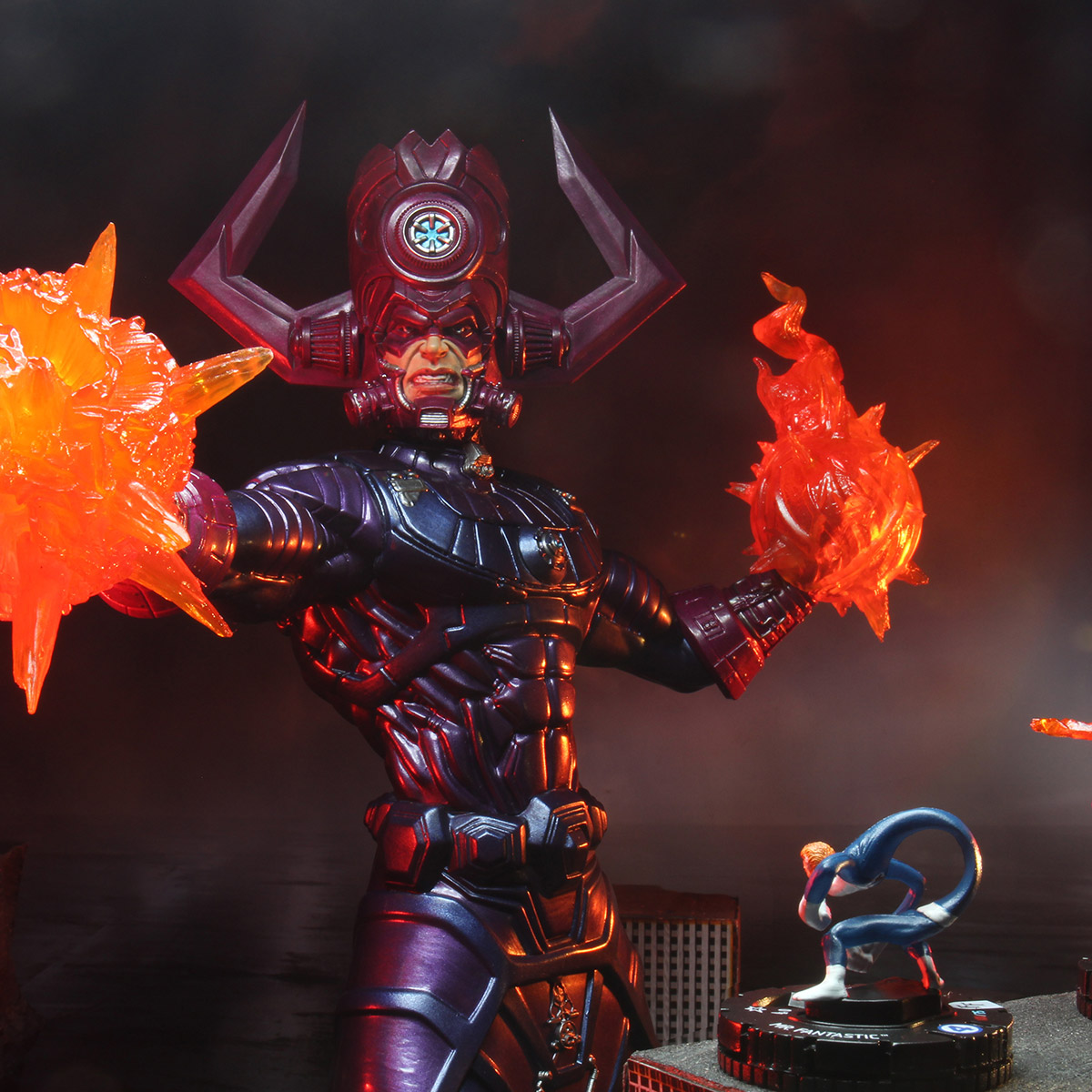 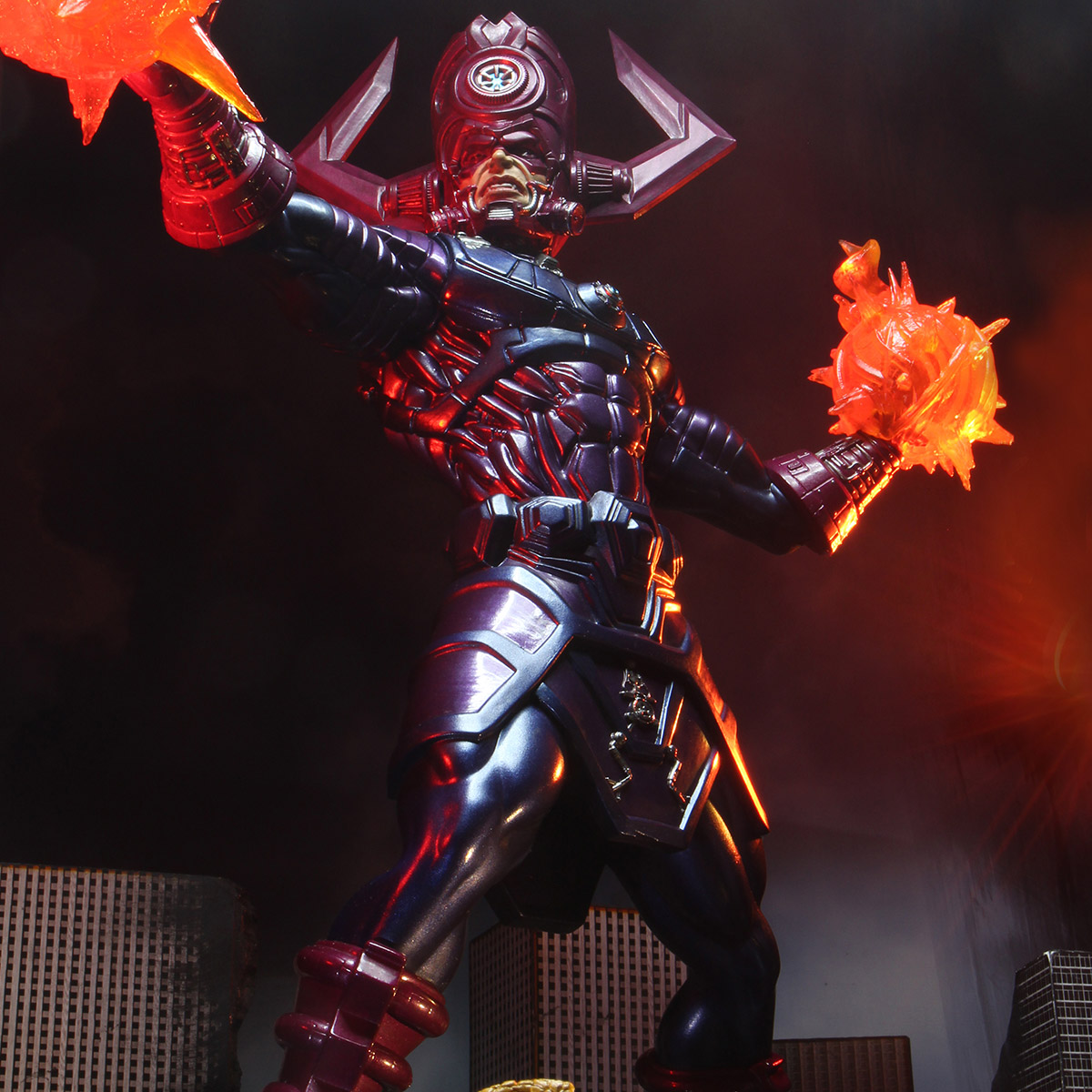 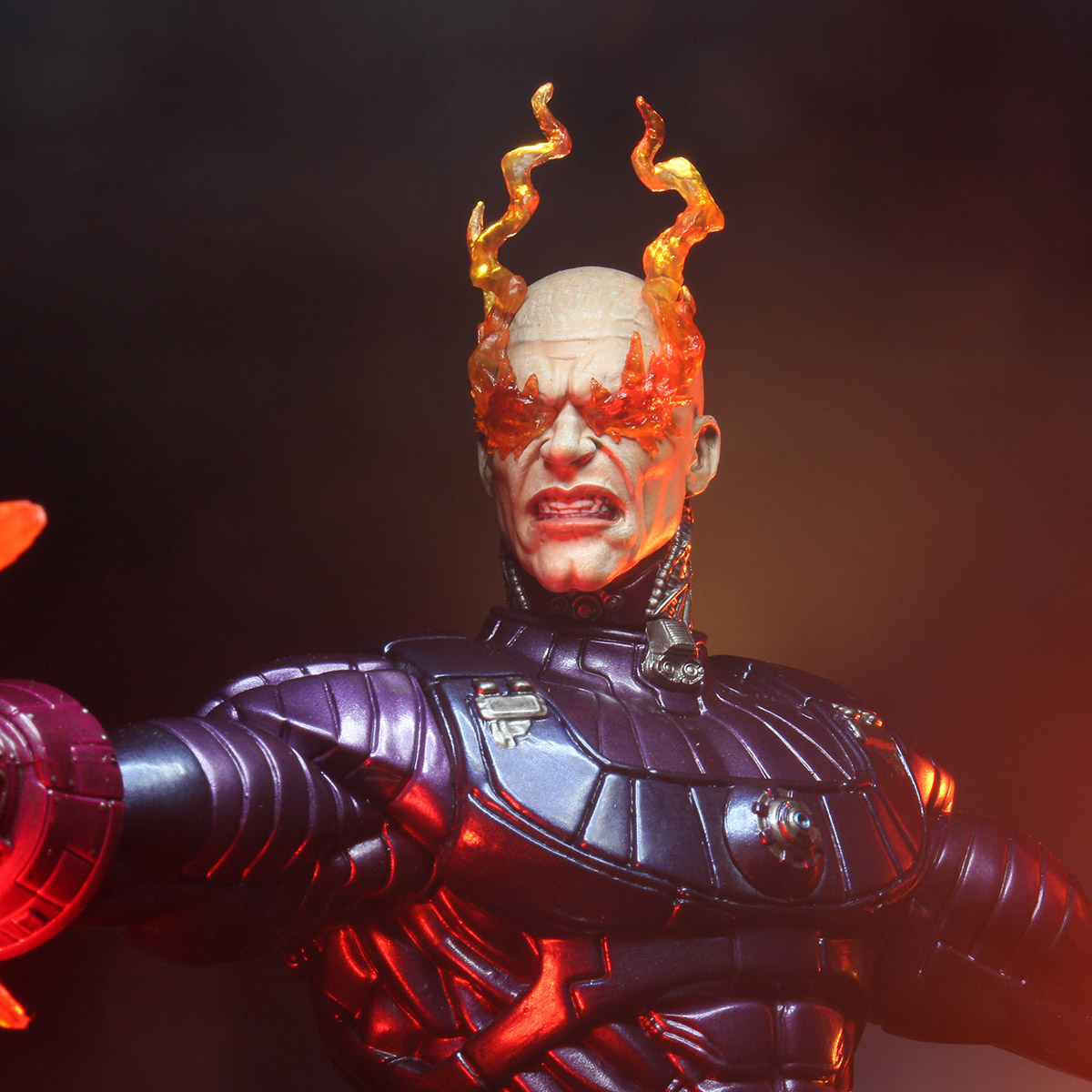 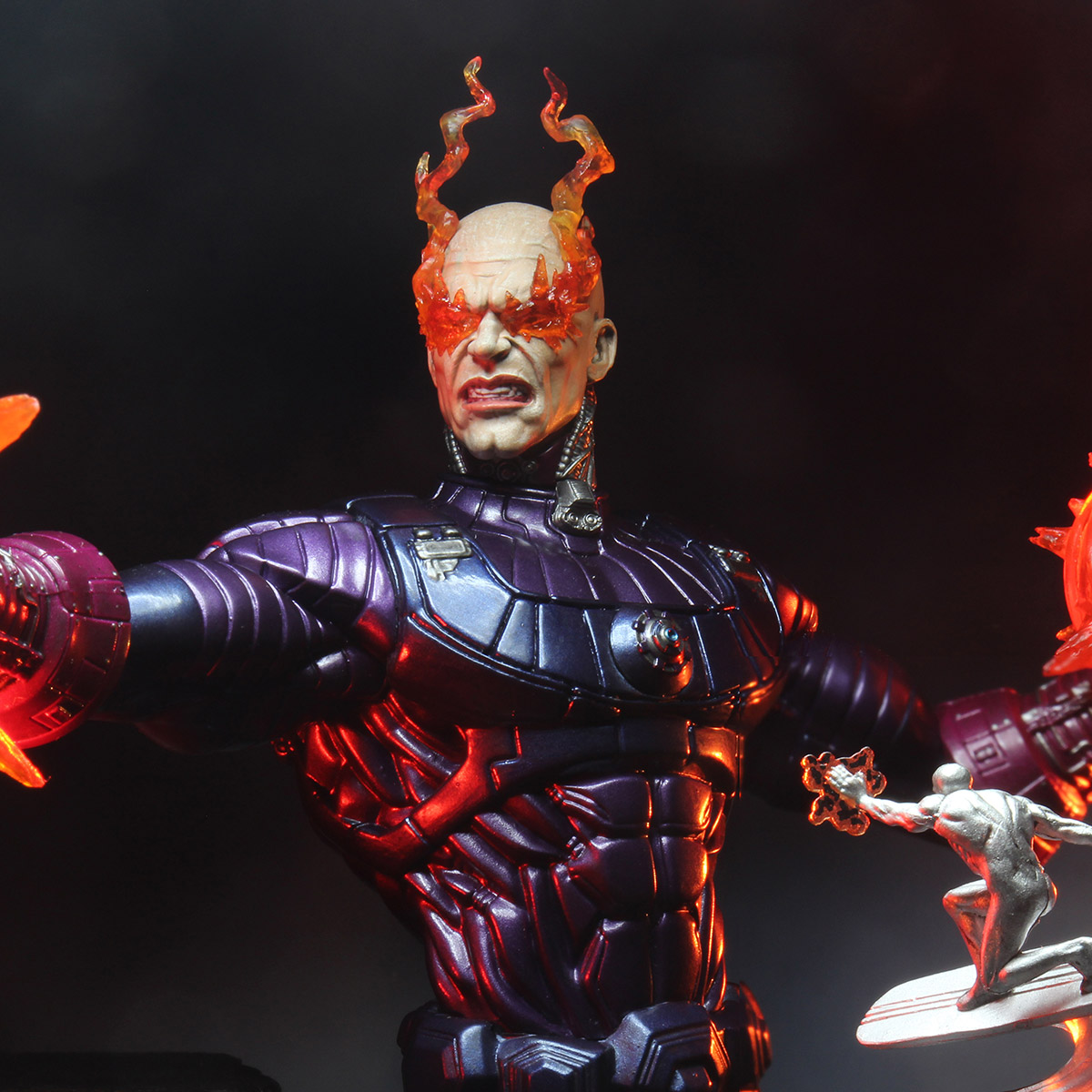 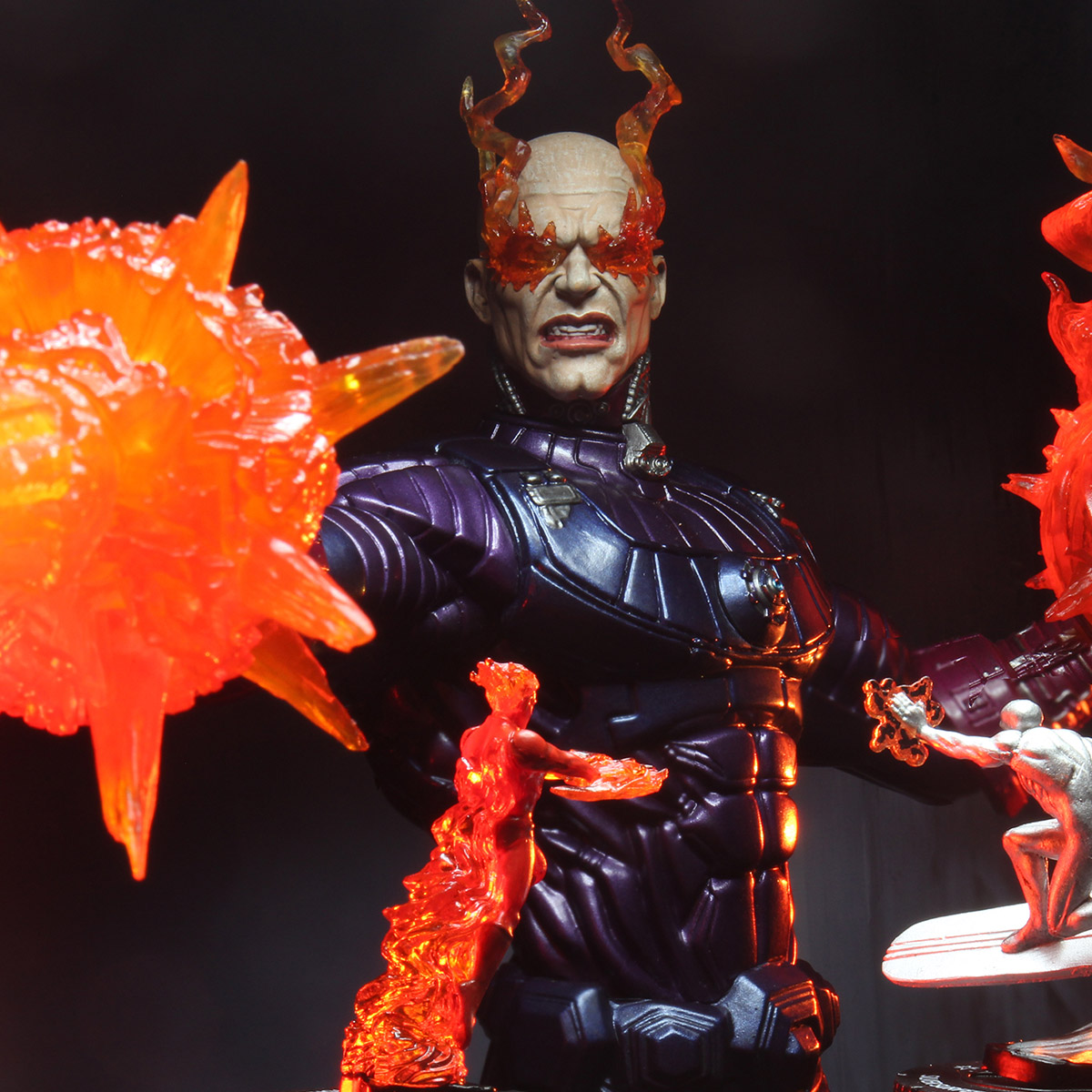 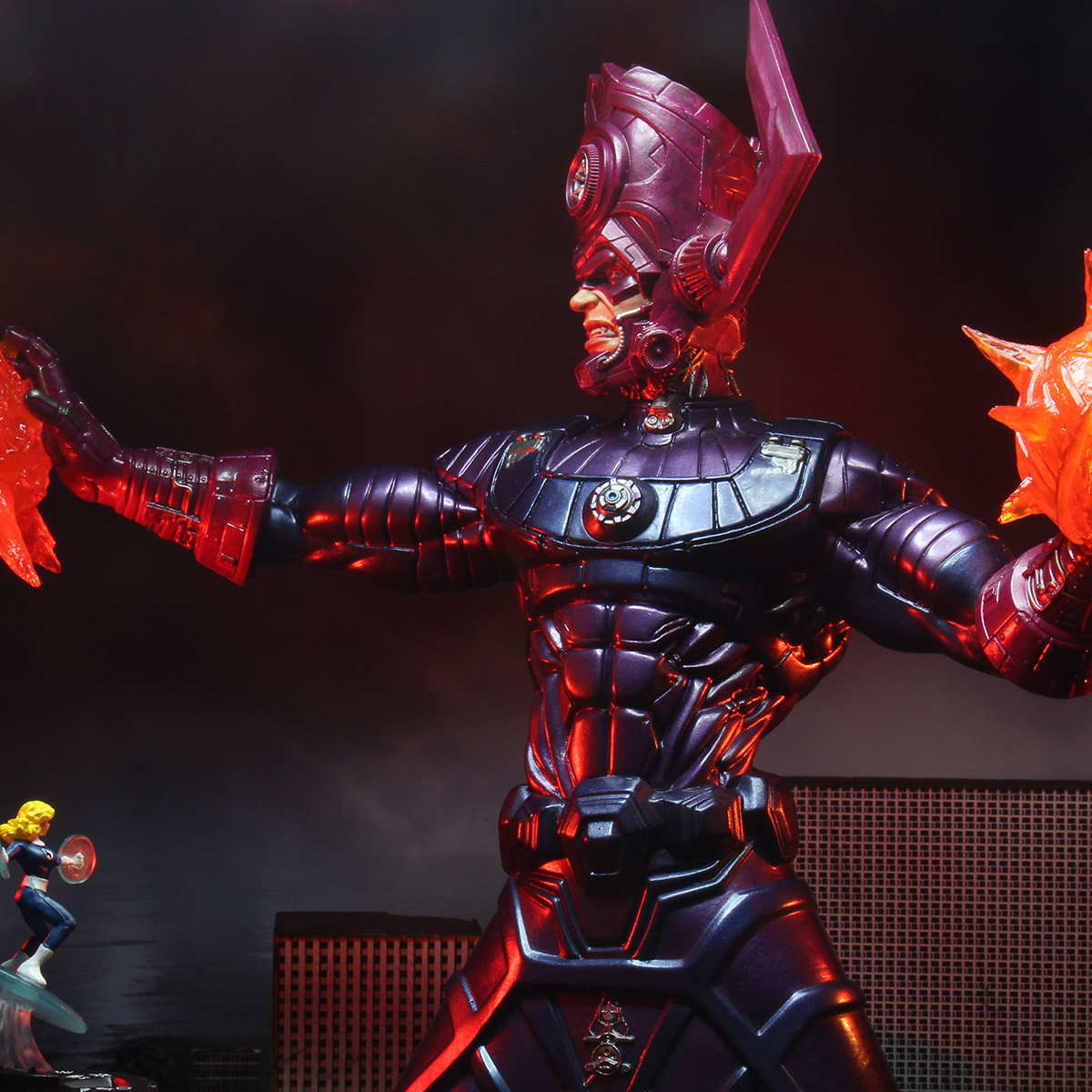