Return to the tournament fields in the age of Arthurian legend with Tournament at Avalon—Coming Soon!

Hillside, NJ – November 22, 2019 – WizKids is pleased to announce the upcoming release of Tournament at Avalon, a standalone and fully compatible sequel to the acclaimed trick-taking game Tournament at Camelot! 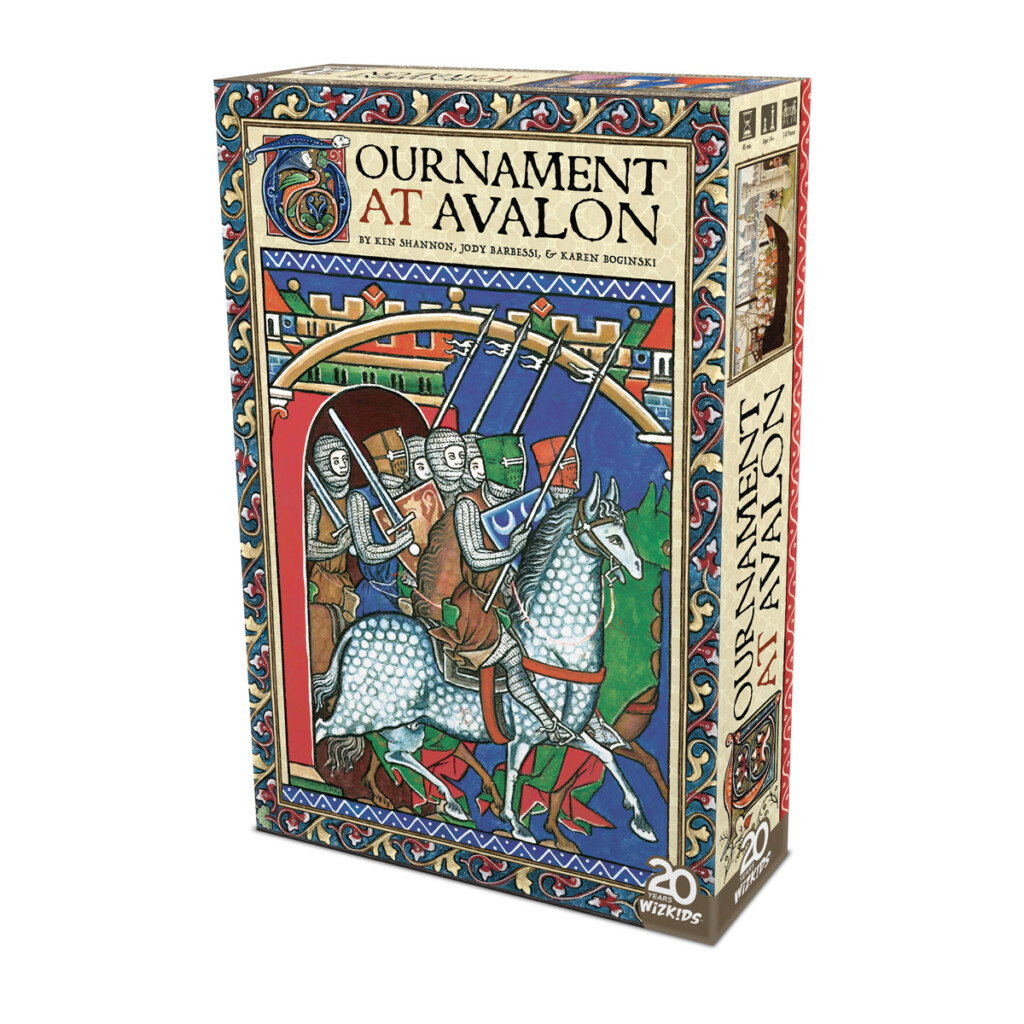 In this standalone trick-taking game, players aim to take the fewest tricks possible by utilizing their unique card powers, as well as tuning their hands and feinting cards. Players are encouraged to talk and banter throughout the game, and engage in informal diplomacy in order to come out victorious.

The winner is the player with the most remaining health when at least one player reaches zero health. Players do this by forcing their opponents to take tricks, which grant battle injuries and deplete their health. Tournament at Avalon can be played as a standalone game, or combined with Tournament at Camelot.