Ferengi Rules of Acquisition #284: “Deep down, everyone’s a Ferengi.” 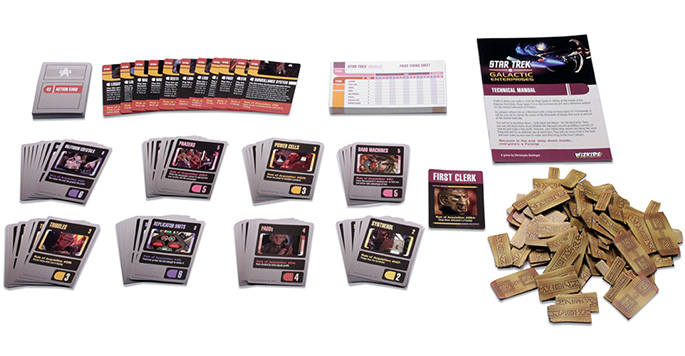 From the mind of Christophe Boelinger, a veteran game designer, comes a new version of his Fantasy Business design – Star Trek: Galactic Enterprises!

On the Deep Space 9 station, Ferengi wheel and deal legal and illegal items in order to accrue the most profit. Because, as you know, a Ferengi without profit is no Ferengi at all (Rule of Acquisition #18).

3 to 8 Ferengi will buy and sell their wares, trying to monopolize a particular item for greater profit. However, once other Ferengi get those same items for sale, it becomes a matter of negotiation: do you work together to gain the same profit, or do you agree to cooperate, then sell at a lower price to steal all the profit for yourself? After all, opportunity, plus instinct, equals profit (Rule of Acquisition #9).

Be wary of special action cards that can mess with the business of other Ferengi. The bigger the smile, the sharper the knife (Rule of Acquisition #48).

The Ferengi who has earned the most profit becomes the First Clerk!

In Star Trek: Galactic Enterprises, everything is for sale – even friendship (Rule of Acquisition #121). 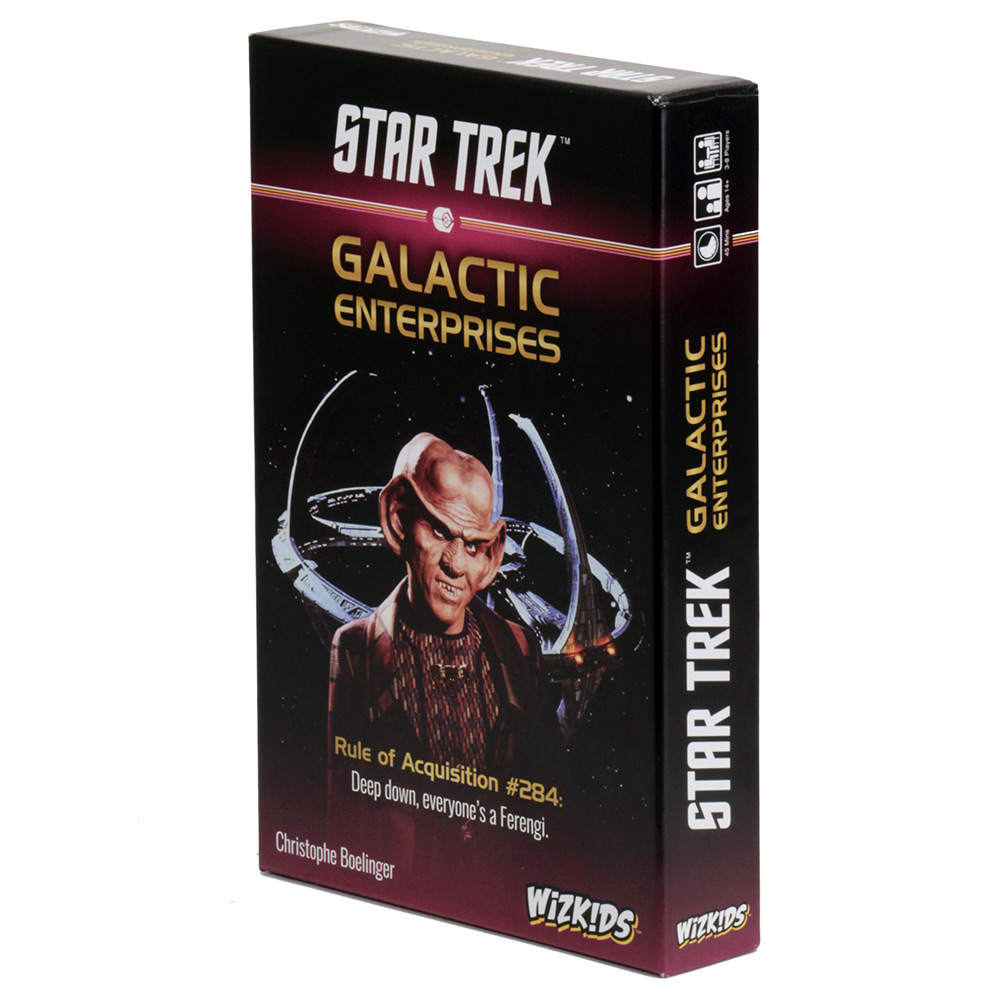 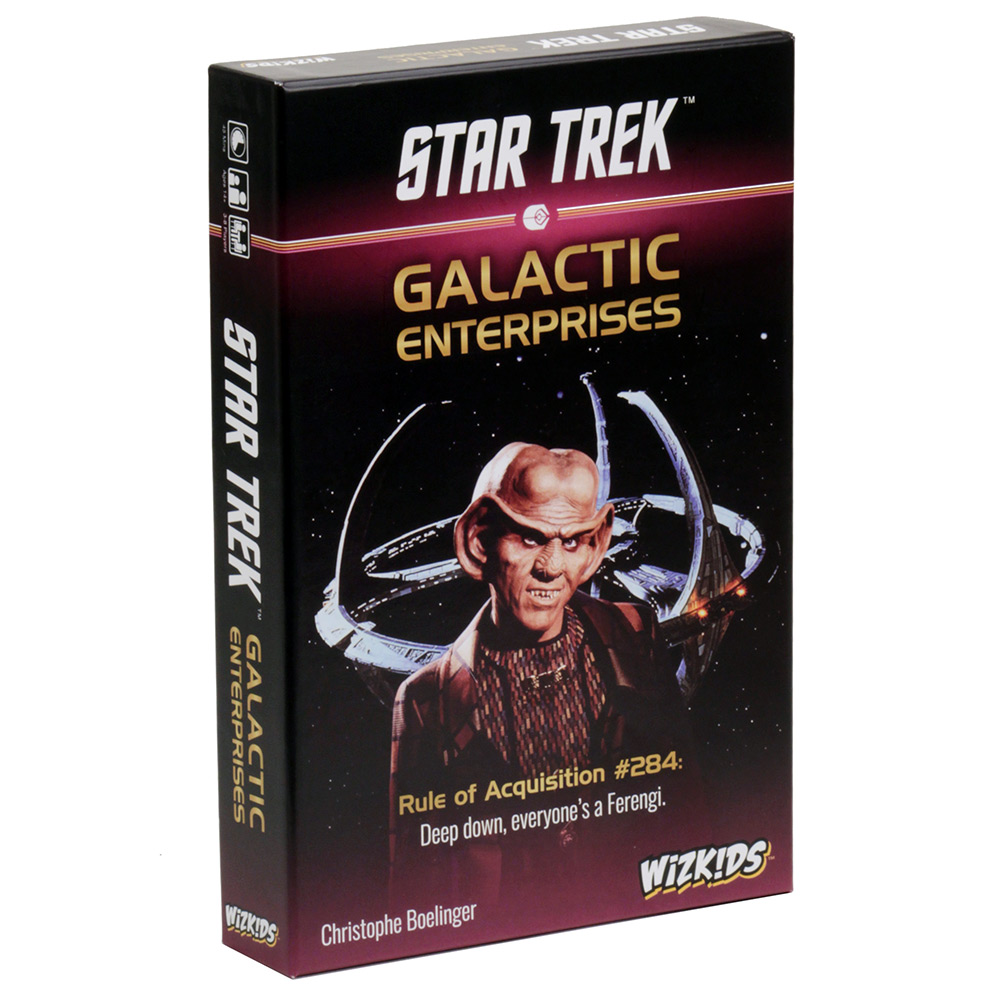 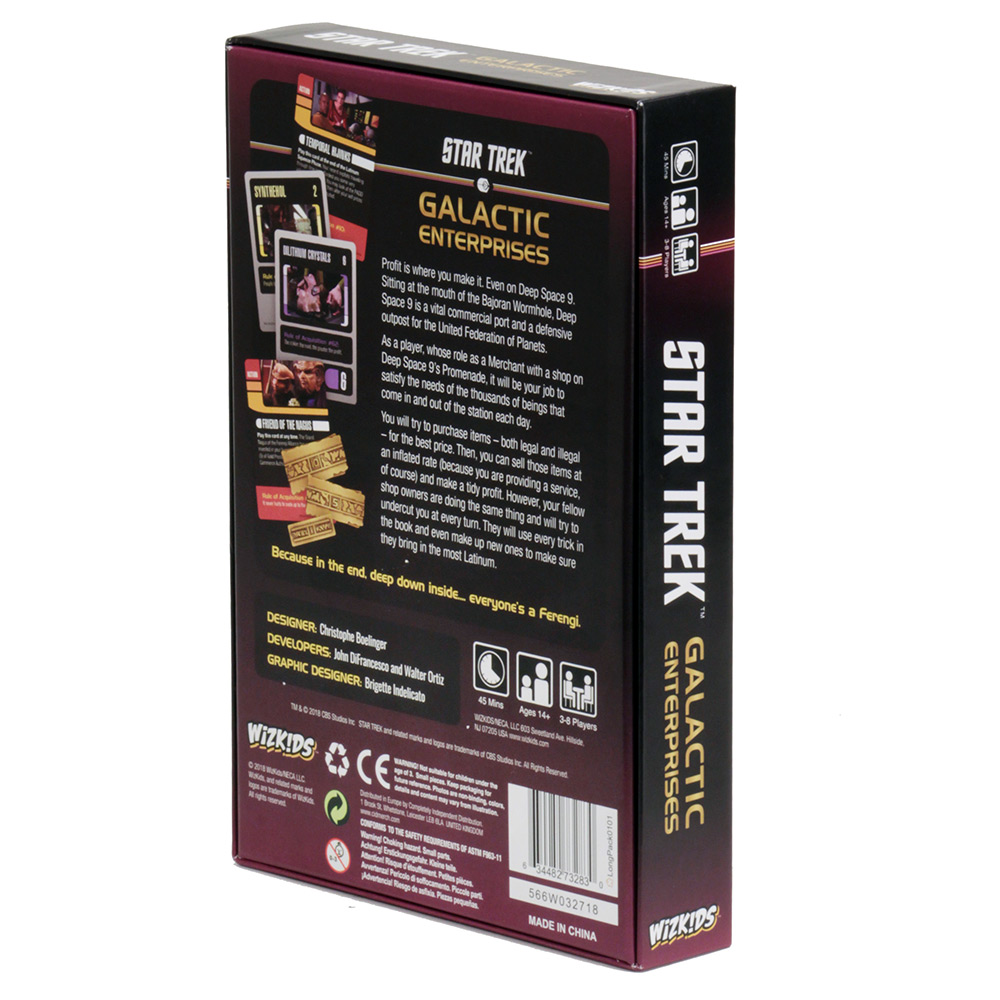 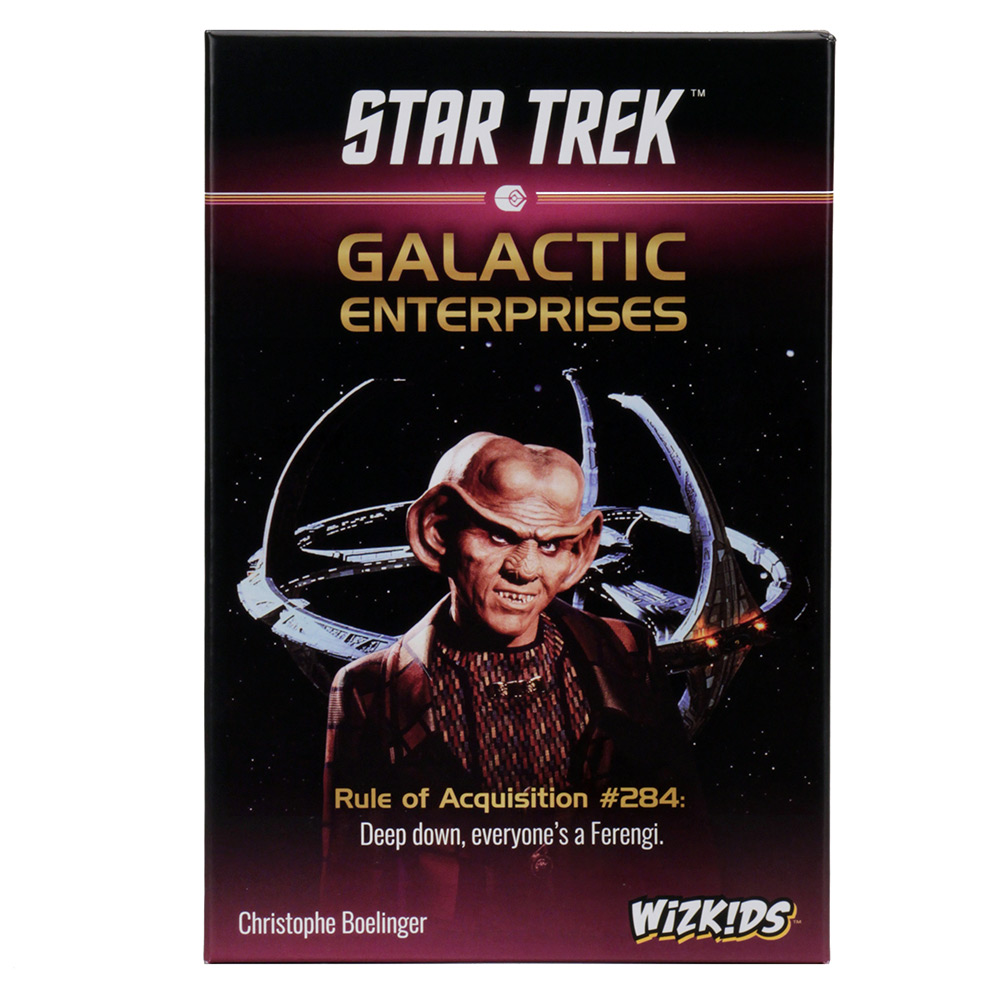 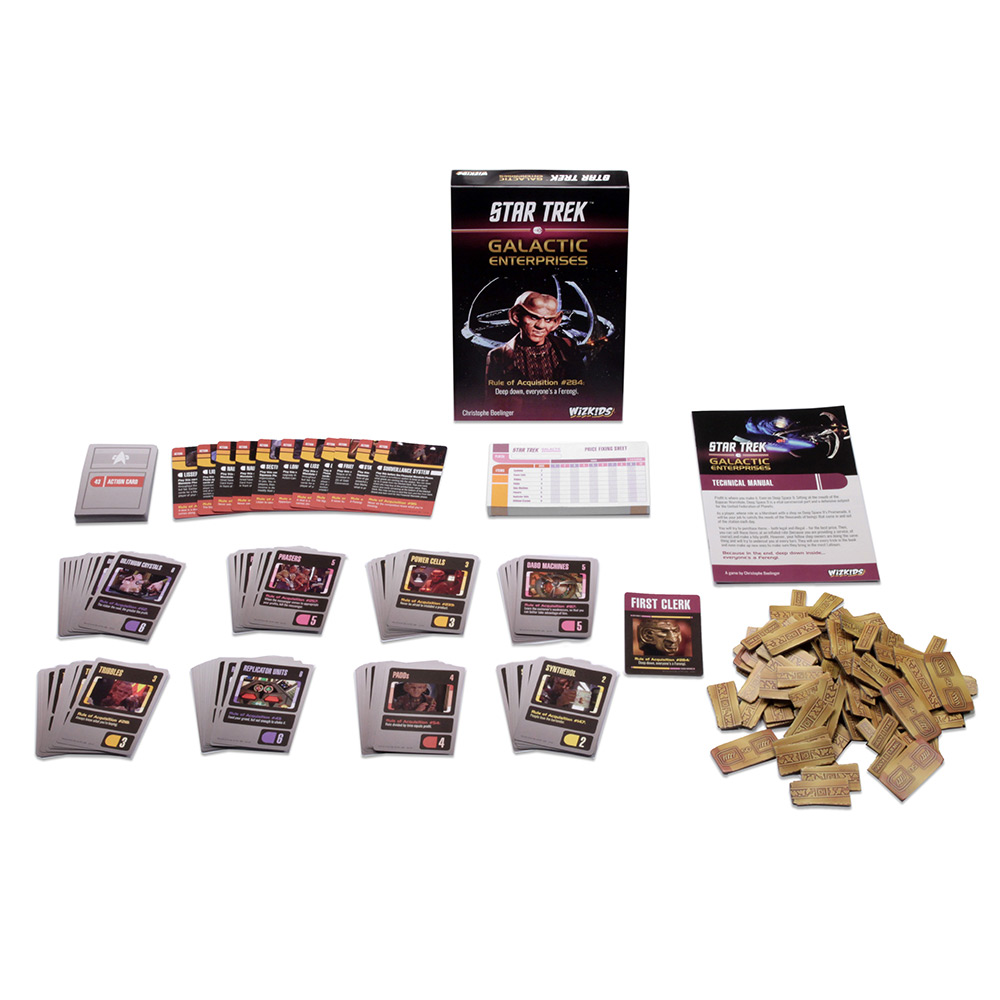 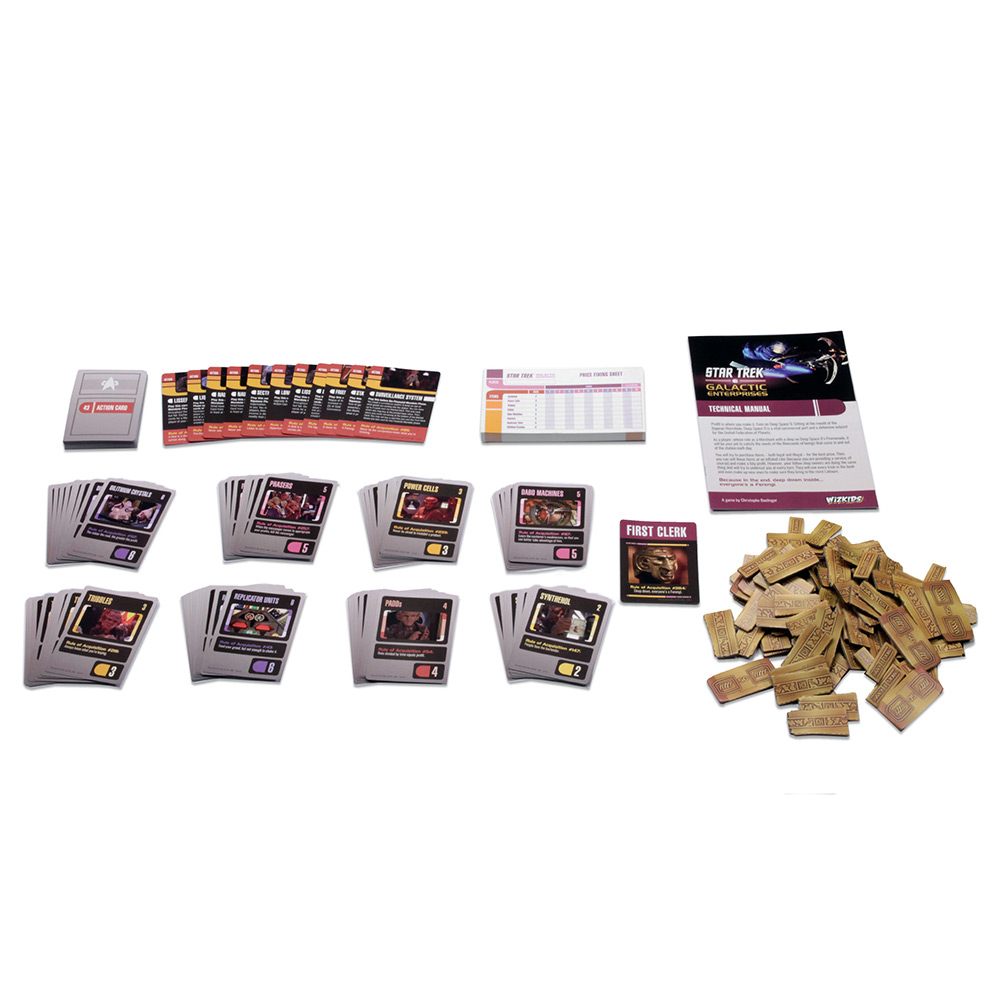