In Ettin, you will lead one of eight nations to victory in a series of fast-paced wars, and you won’t do it alone! Players make pairs of allies (Like a two-headed Ettin!), sharing units and strategies as they face their enemies on either side.

Eight Nations, Each a Unique Experience – Each nation has a different focus and playstyle, with their own troops and defenses, as well as unique art. The Orcs of Ud have strong but impulsive warriors, while the Risen use magic and sheer numbers to overwhelm their enemies. Will they combine their strengths as Allies or attack their weaknesses as Enemies? Thousands of combinations are possible.

One Ally, One Enemy – You will only be drafting cards with the players to your left and right (your Ally and Enemy), though your decisions and the outcomes of your battles will have ripple effects around the table. You’ll be surprised by what units you can take as spoils – drafting across rounds may send a single Unit on a long journey!

Simultaneous Turns for Shorter Play – Peacetime, Skirmishes, and War happen simultaneously for all players, reducing the time each round takes. Even a game of 8 players (or more with multiple copies of the game!) can be a surprisingly fast affair.

Play in Pairs or with a Mercenary Nation – While Ettin is built around alliances, it works just as well with an odd number of players – one player doubles their nation’s size with additional recruits from the shared Mercenary deck. You’ll never be the odd-Orc-out with a band of mercenaries on your side.

Designed by Ken Shannon – Known for other acclaimed games like Maiden’s Quest, Tournament at Camelot and its upcoming standalone companion game Tournament at Avalon, Ettin offers a unique experience. 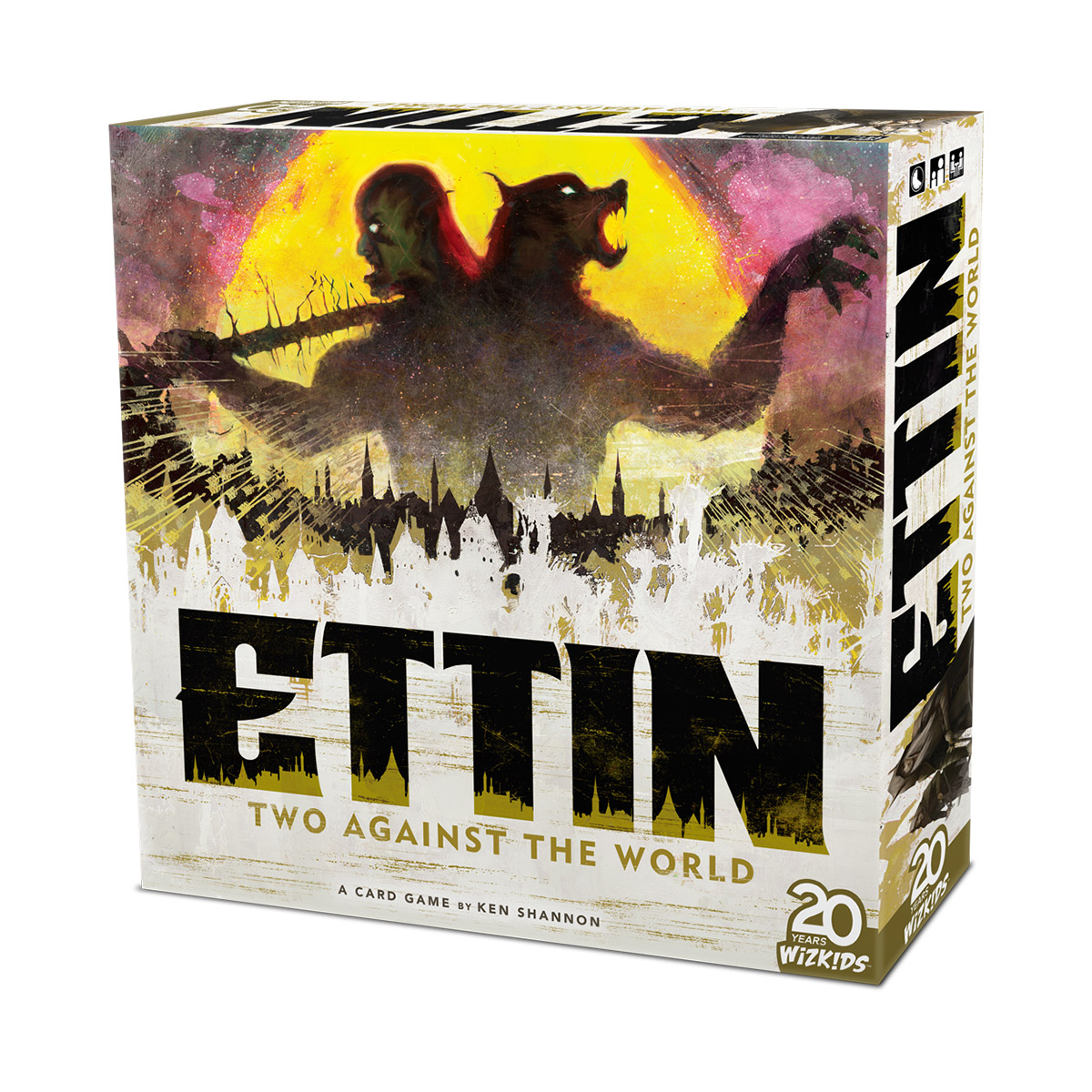 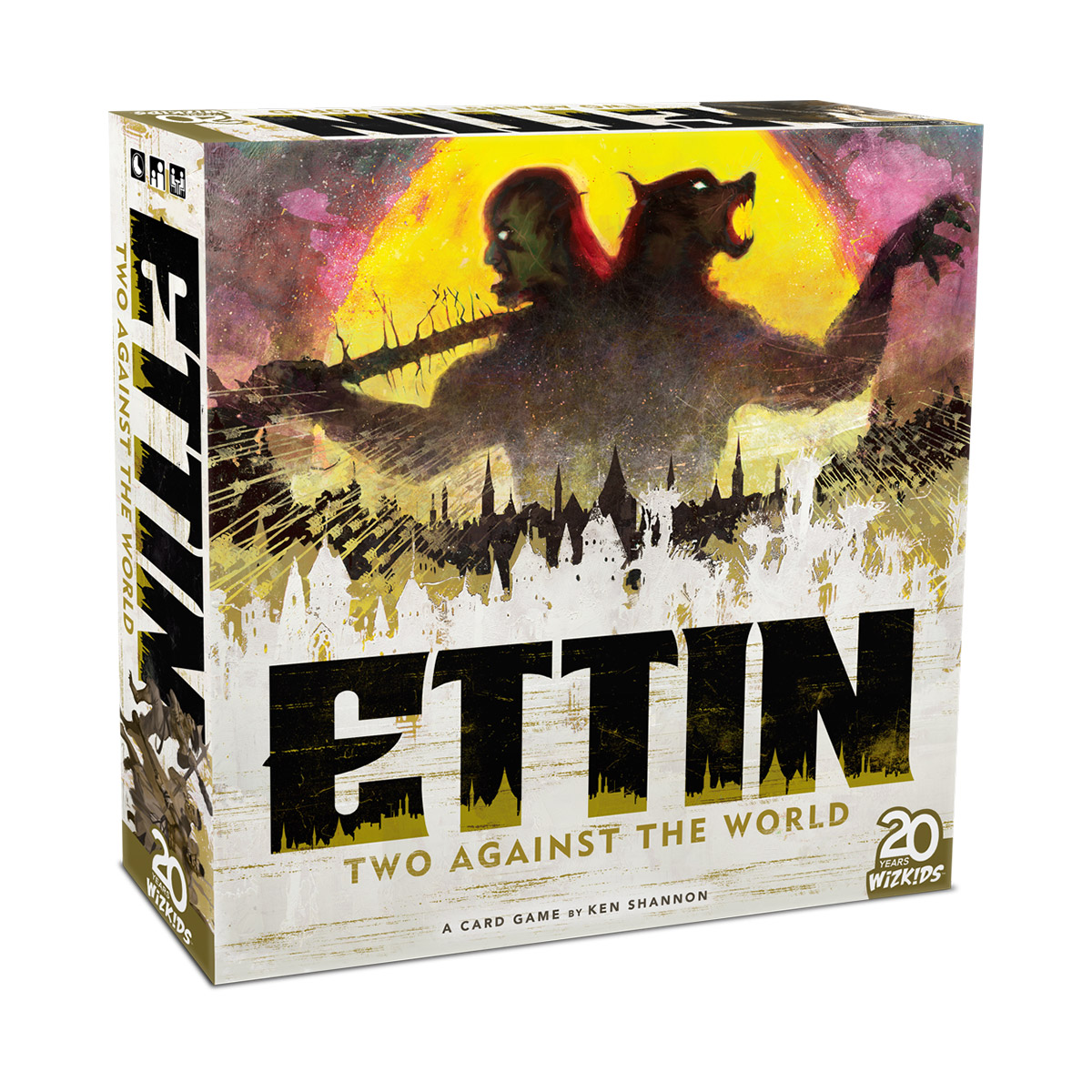 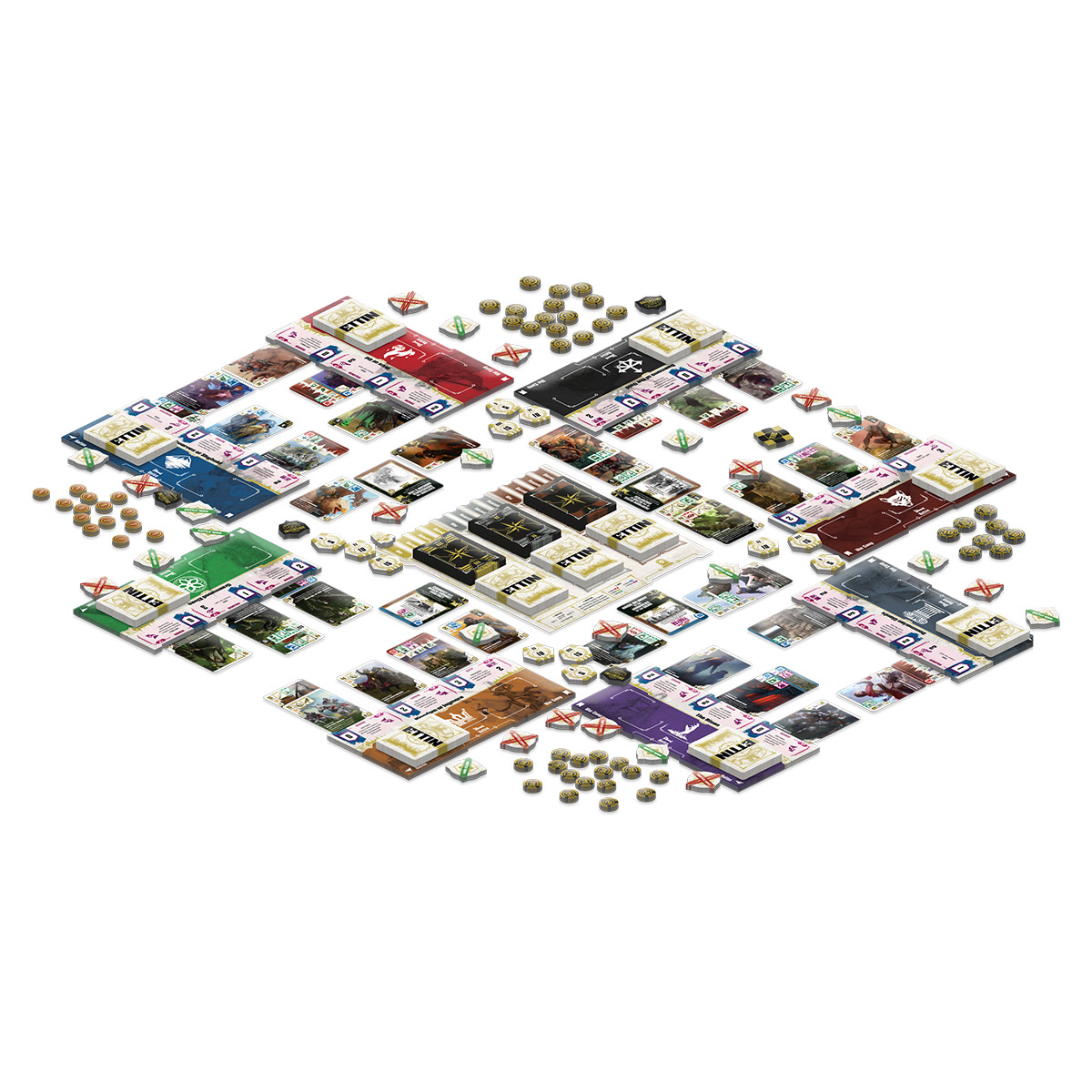 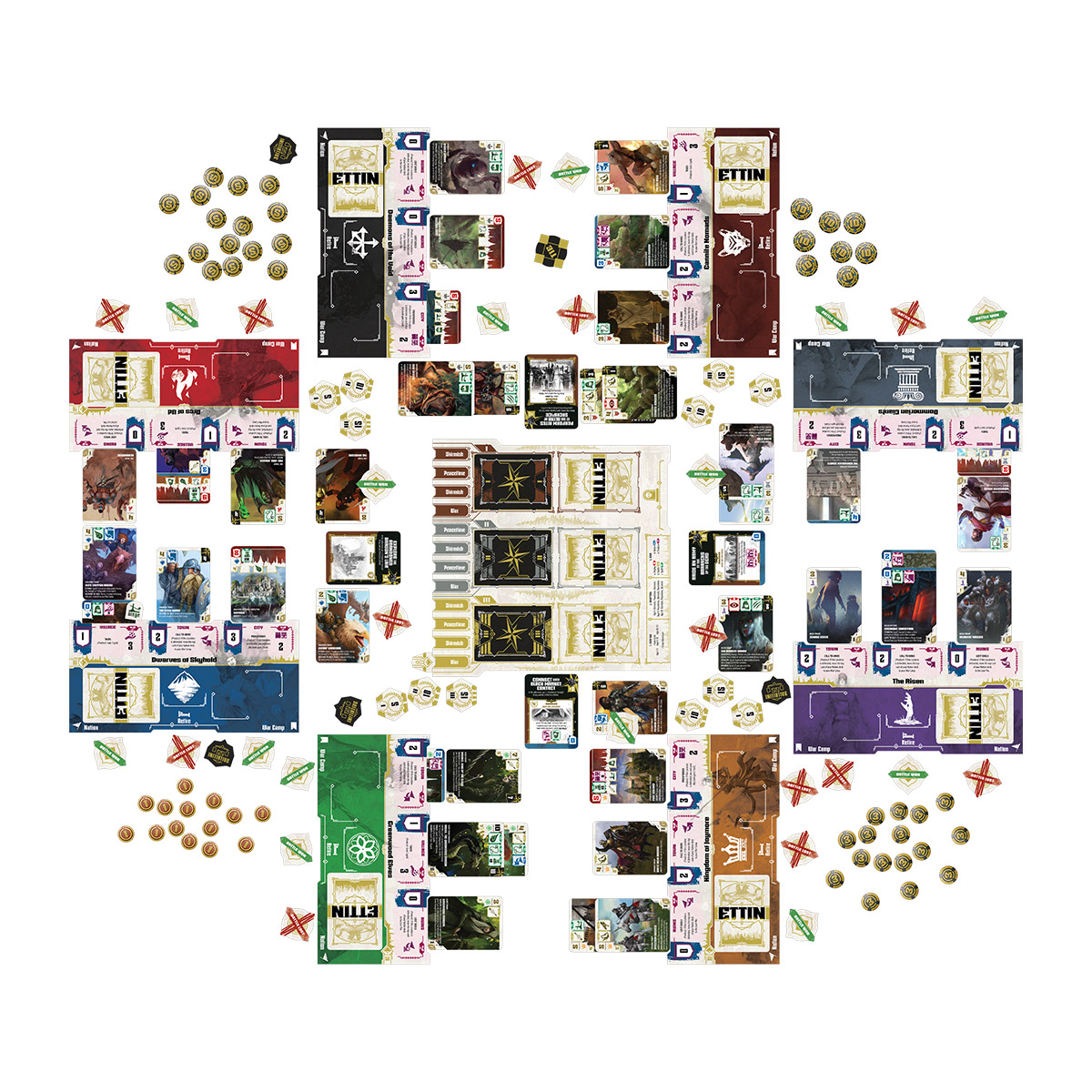 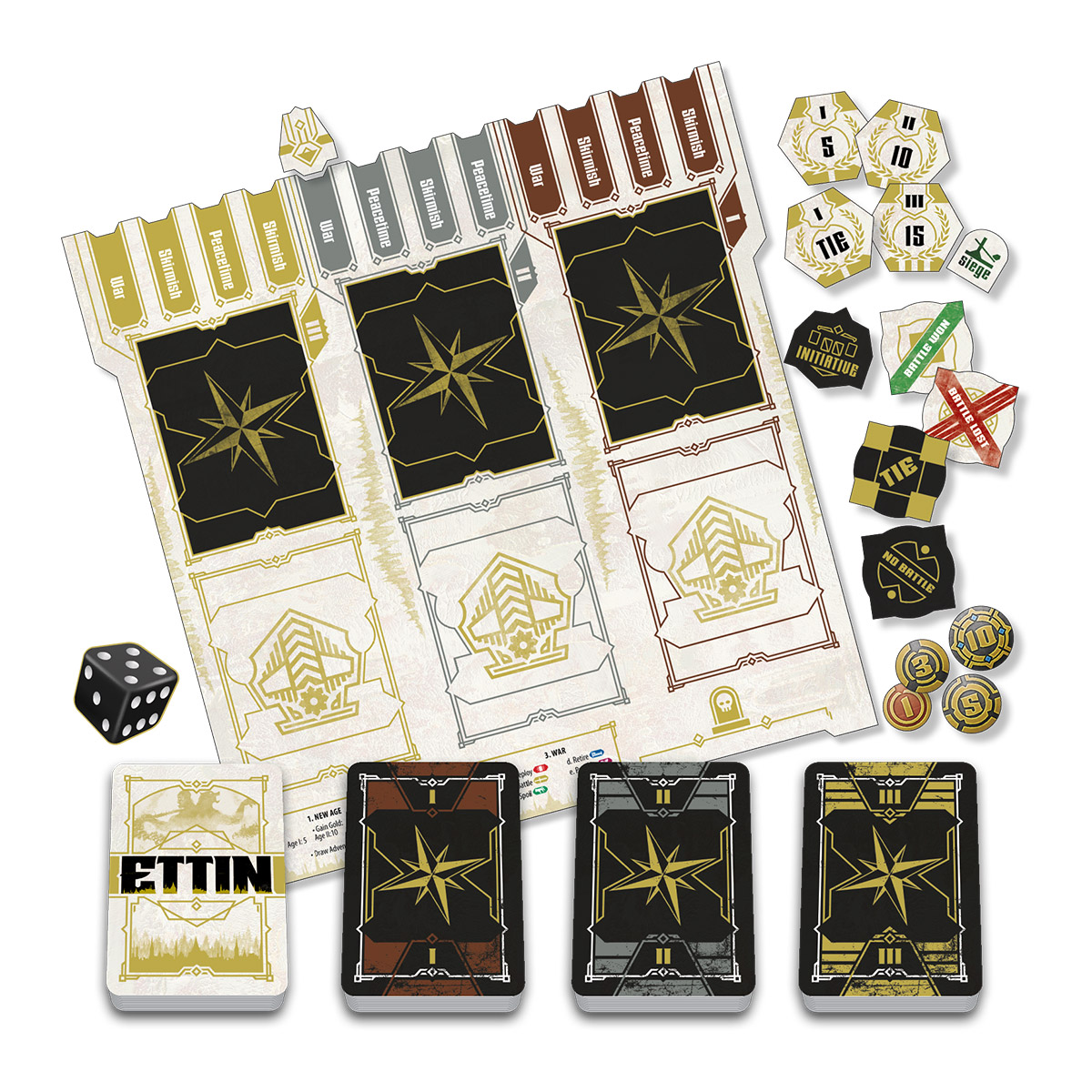 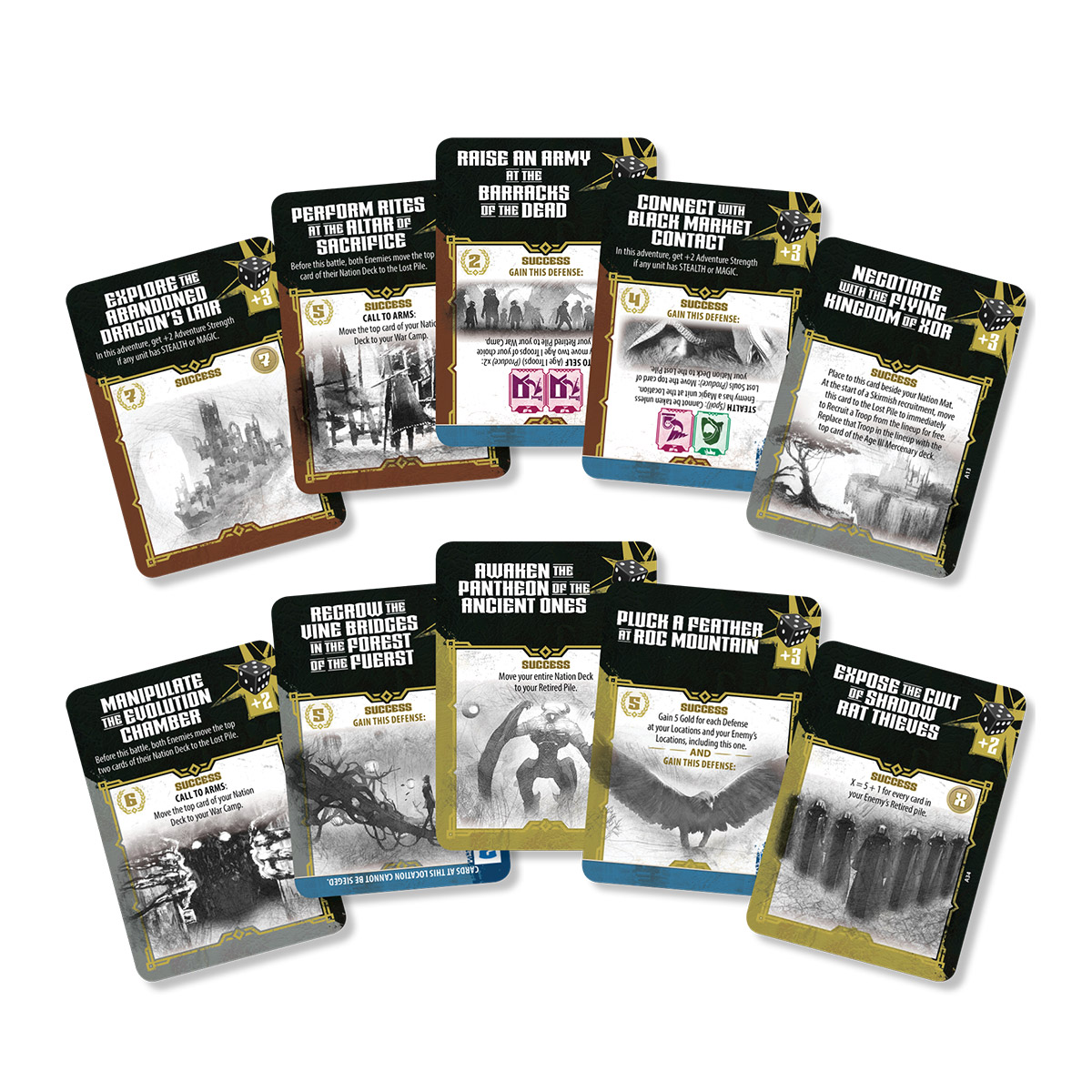 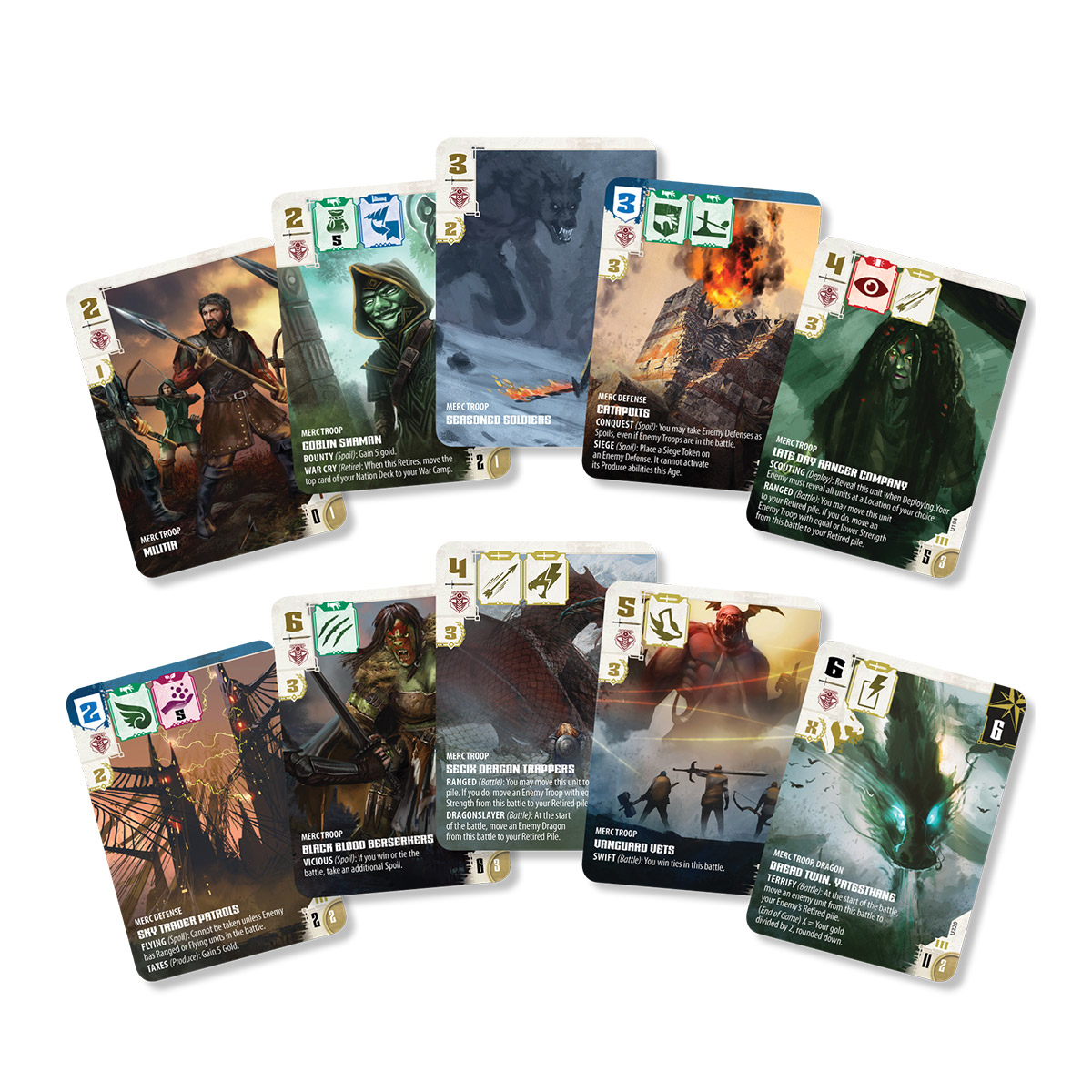 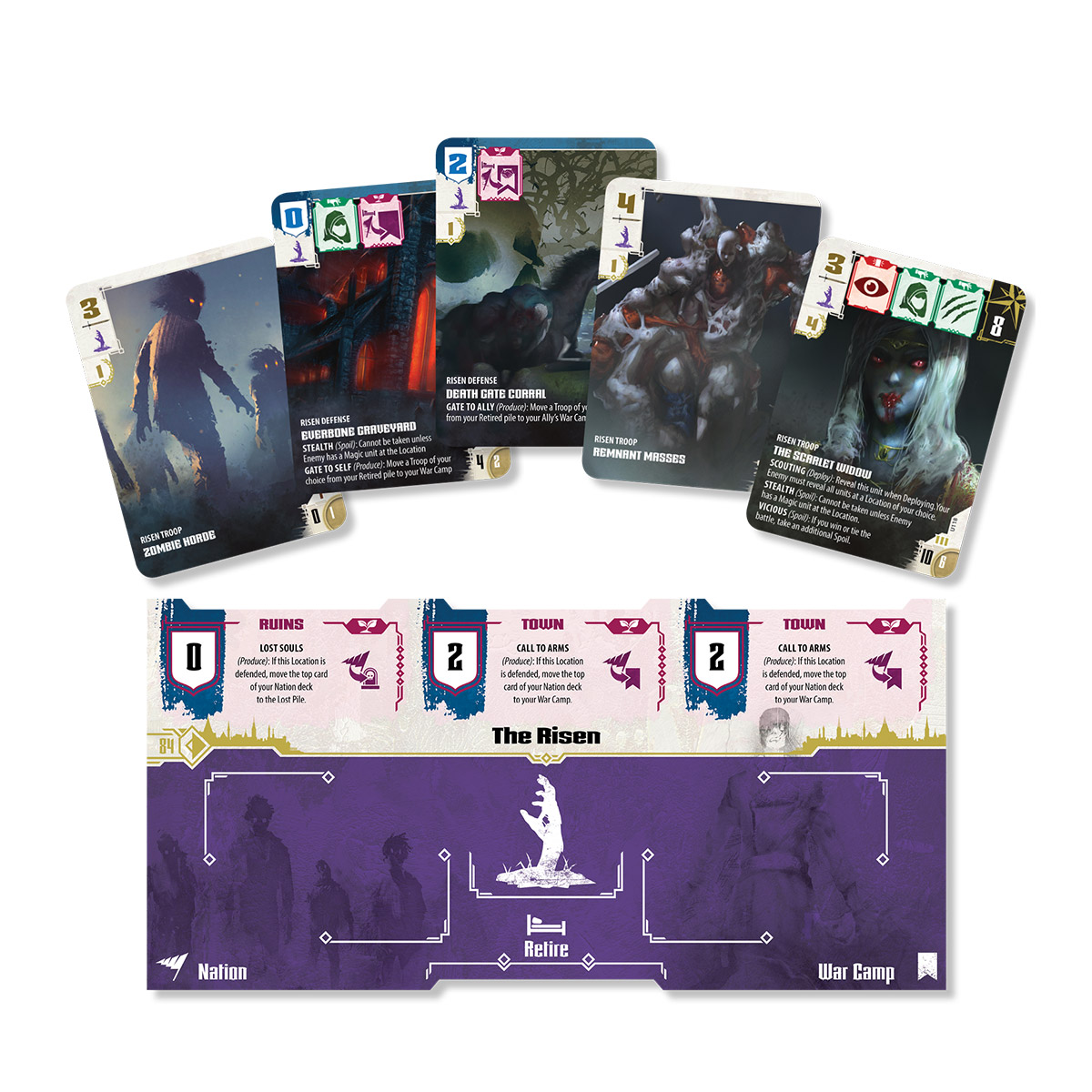 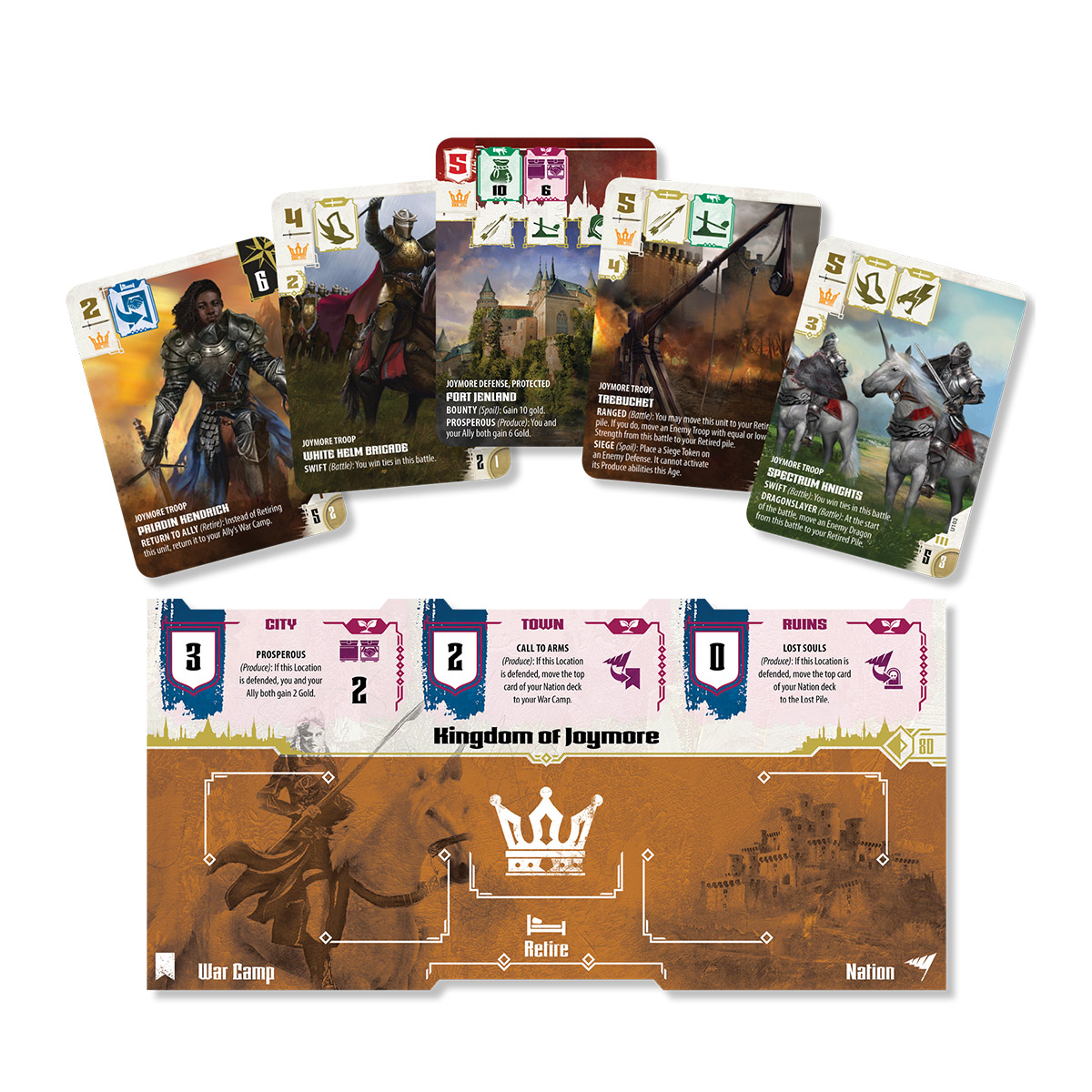 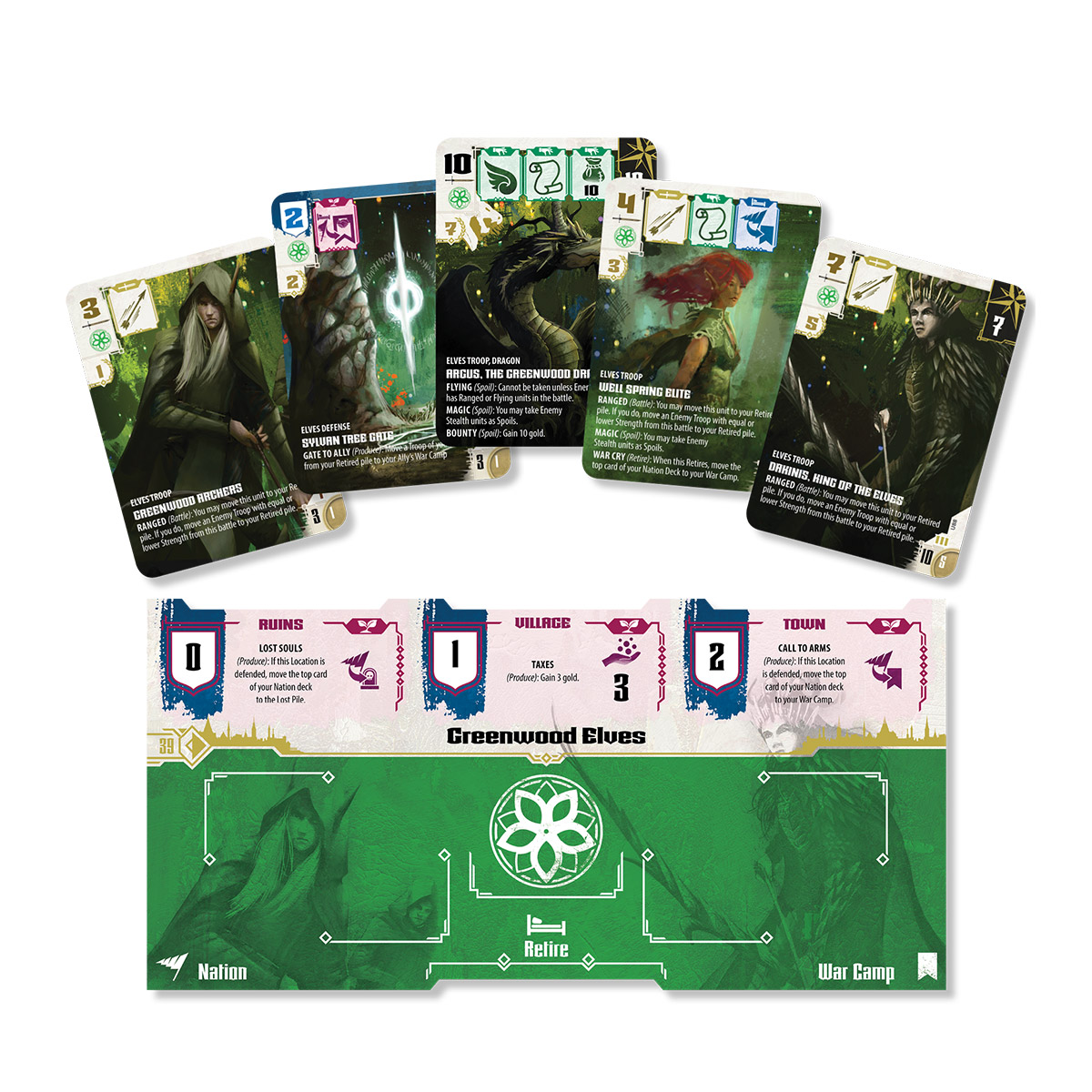 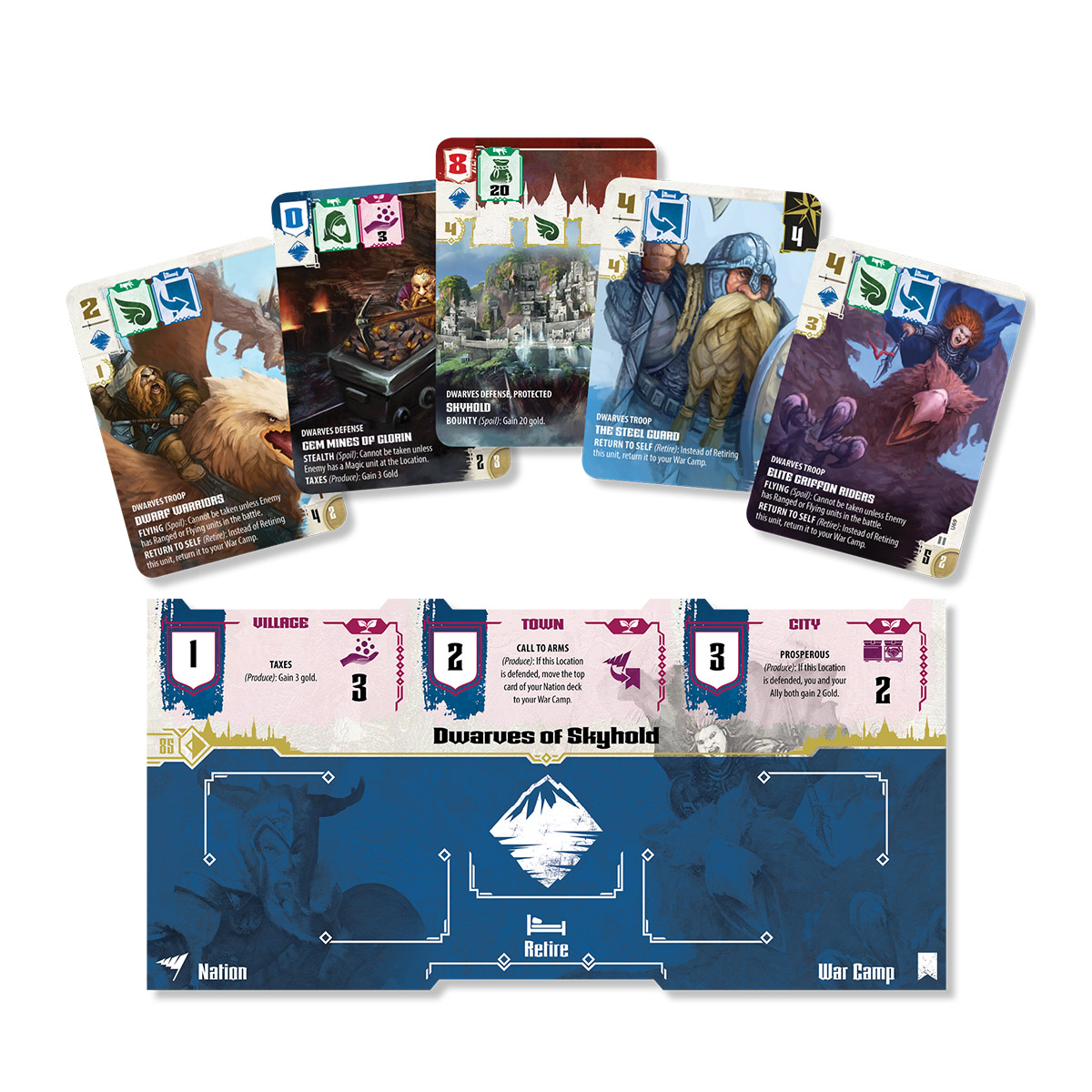 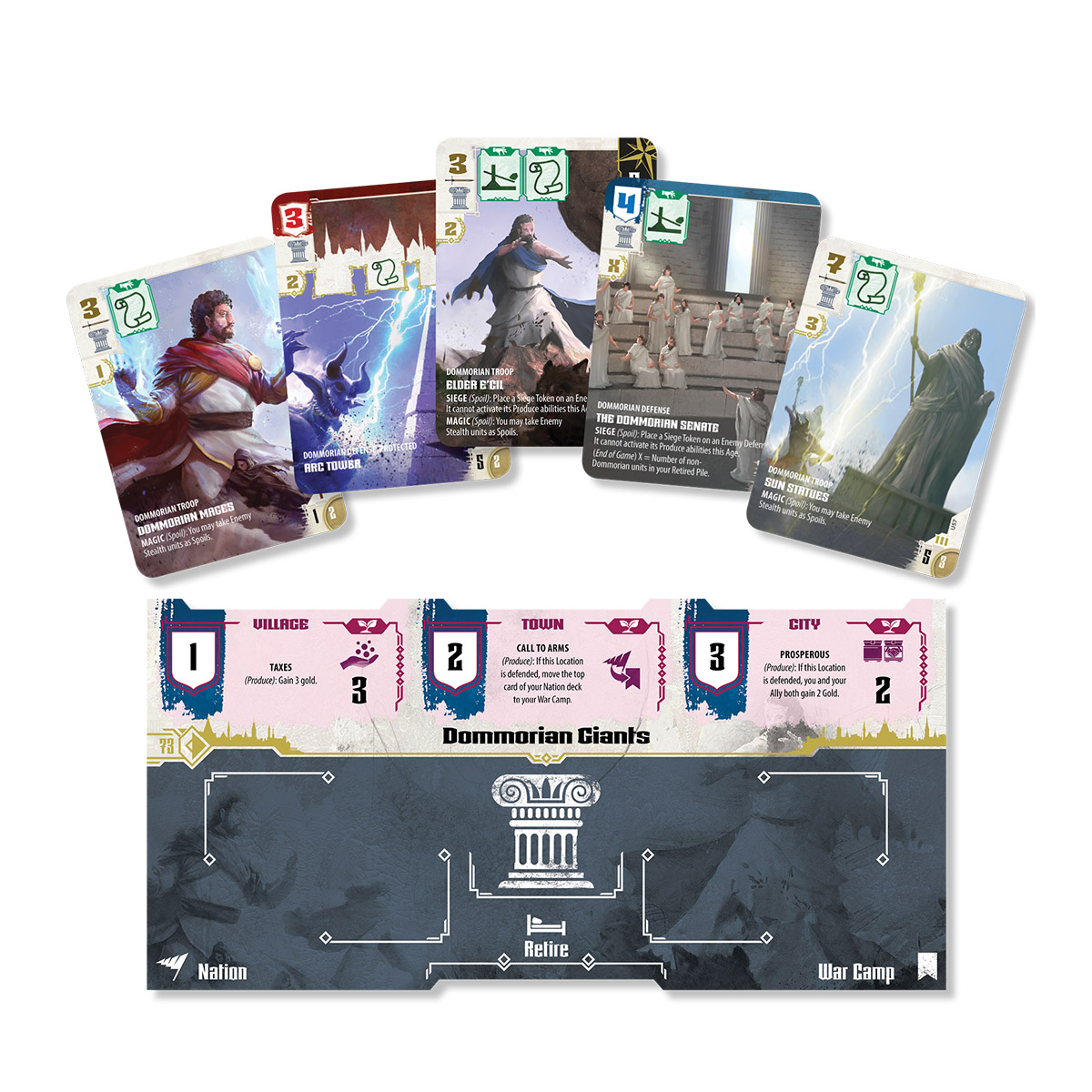 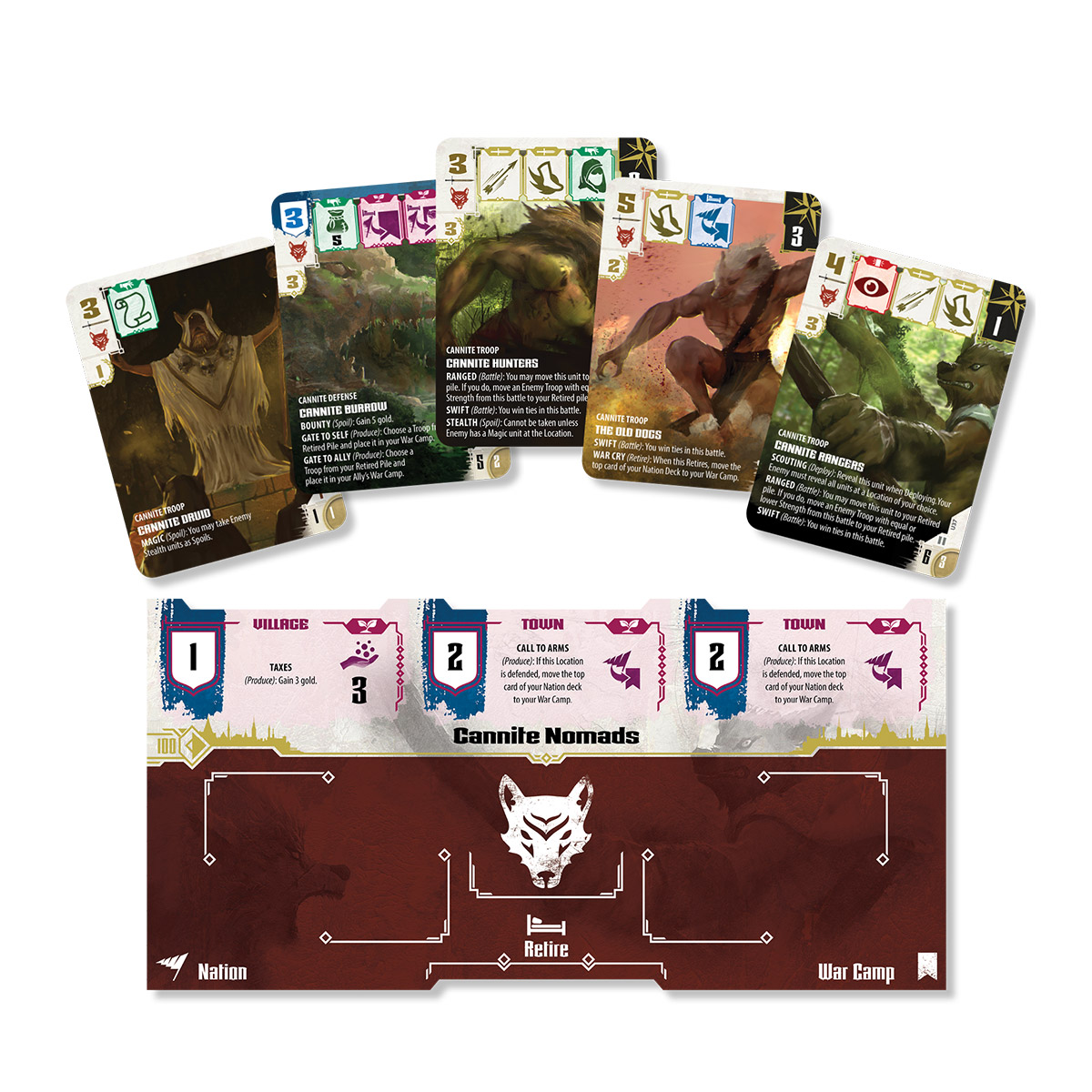 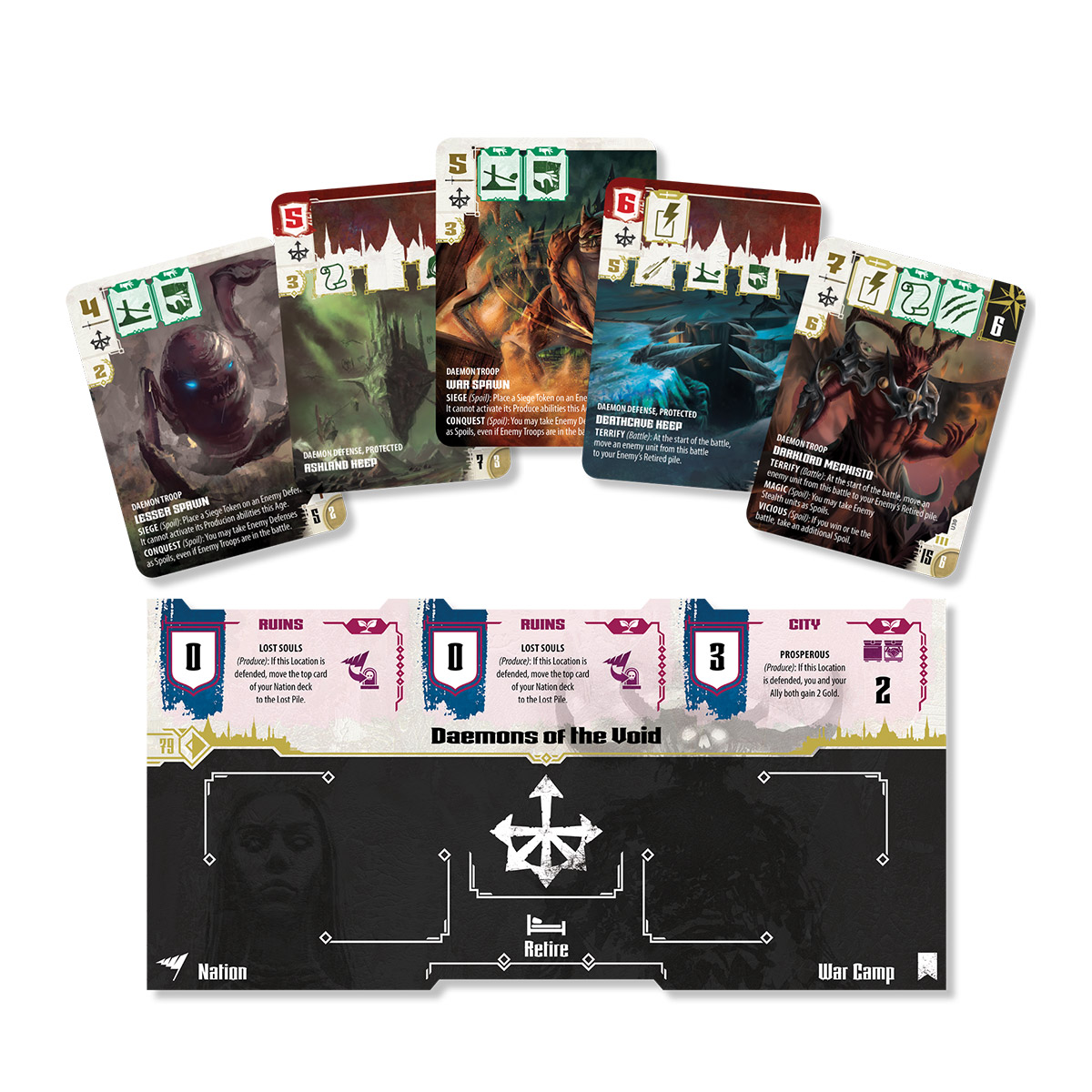 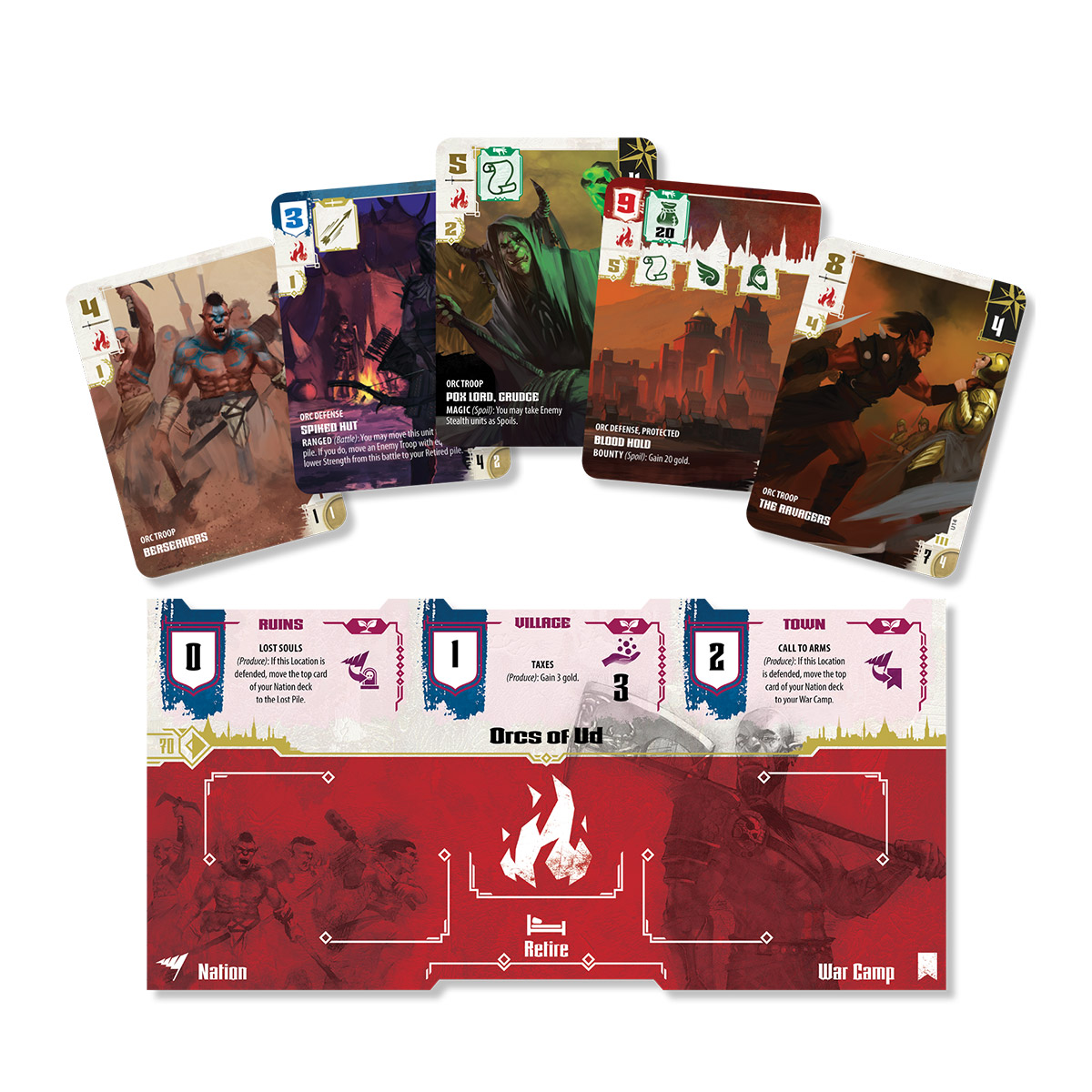