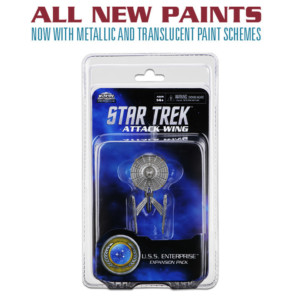 Years after the five-year space exploration mission led by Captain James T. Kirk, the U.S.S. Enterprise was due for an upgrade. Will Decker, the newly assigned captain of the starship, watched over the completion of the refit. Kirk, now an admiral, took back command of the Enterprise to intercept the entity known as V’Ger. Decker remained as his Executive Officer and the heroic acts of the new crew saved Earth from a threat more powerful than humanity had ever faced.

The refitted Enterprise went on to see many adventures, including the defeat of Kirk’s old nemesis, Khan, in a battle at the Mutara Nebula. The ship met its ultimate demise in 2286, when a self-destruct command was initiated by Admiral Kirk as a last resort to overcome a Klingon attack. 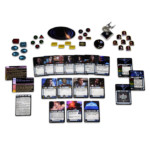 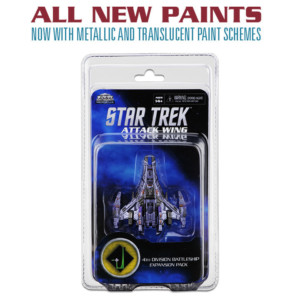 The Jem’Hadar Battleships are among the largest of the Jem’Hadar warships. They are significantly larger than a Galaxy-class ship and much more powerful. The Federation’s first contact with these ships occurred when they sent the U.S.S. Valient on a mission to retrieve the technical data on the Jem’Hadar Battleship and report back. Using the data they found from their sensor probes, the Valiant, under the command of Captain Watters, attempted to exploit a weakness in the Battleship. The Battleship swiftly dispatched them.

A number of these ships were present during the end of the Dominion War at the Battle of Cardassia and later in the fleet that defended Cardassia Prime when the Dominion surrendered. 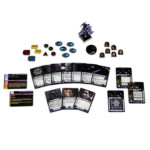 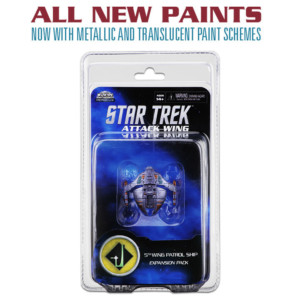 The 5th Wing Patrol Ship was an agile Jem’Hadar attack ship that utilized advanced weapons and tactics during the Dominion War. The Jem’Hadar ships were known for powerful upgrades such as phased polaron beams that could fire past an opponent’s shields, as well as advanced tactics that included devastating suicide attacks against larger ships. 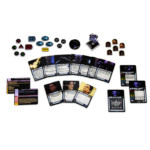