While mapping an unexplored region of space, an unidentified object approaches your fleet at light speed, but it slows down as it nears your ships. As you attempt to move away from it, it follows your every move and won’t let you escape. You determine that it is a space buoy and quickly learn that it is emitting a radiation that is harmful to your ships. You must find a way to escape it or destroy it.

Suddenly, you are set upon by an enemy fleet. The enemy ships seem to have the same problems with the buoy. Will your fleet survive the deadly radiation as well as the attacks from the enemy fleet?

Find out on the tabletop at your Friendly Local Game Store in the Star Trek: Attack Wing – The Corbomite Maneuver Organized Play. 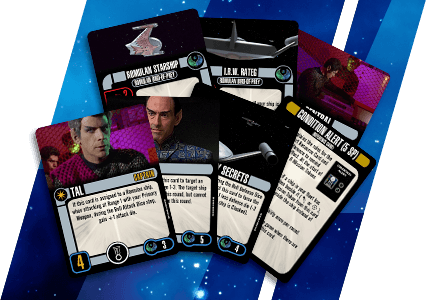