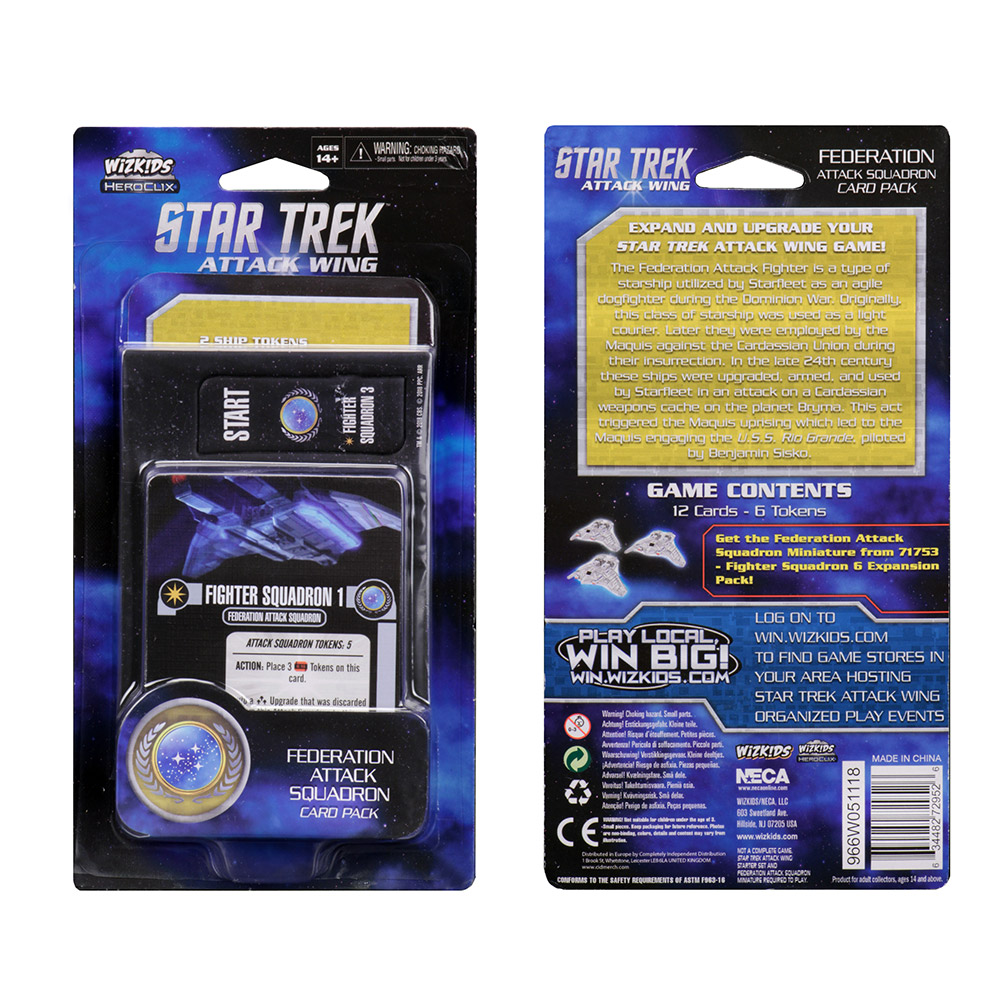 The Federation Attack Fighter is a type of starship utilized by Starfleet as an agile dogfighter during the Dominion War. Originally, this class of starship was used as a light courier. Later they were employed by the Maquis against the Cardassian Union during their insurrection. In the late 24th century these ships were upgraded, armed, and used by Starfleet in an attack on a Cardassian weapons cache on the planet Bryma. This act triggered the Maquis uprising which led to the Maquis engaging the U.S.S. Rio Grande, piloted by Benjamin Sisko.

Note: Some elements contained in this pack require the Federation Attack Squadron Miniature from the 71753 – Fighter Squadron 6 Expansion Pack. 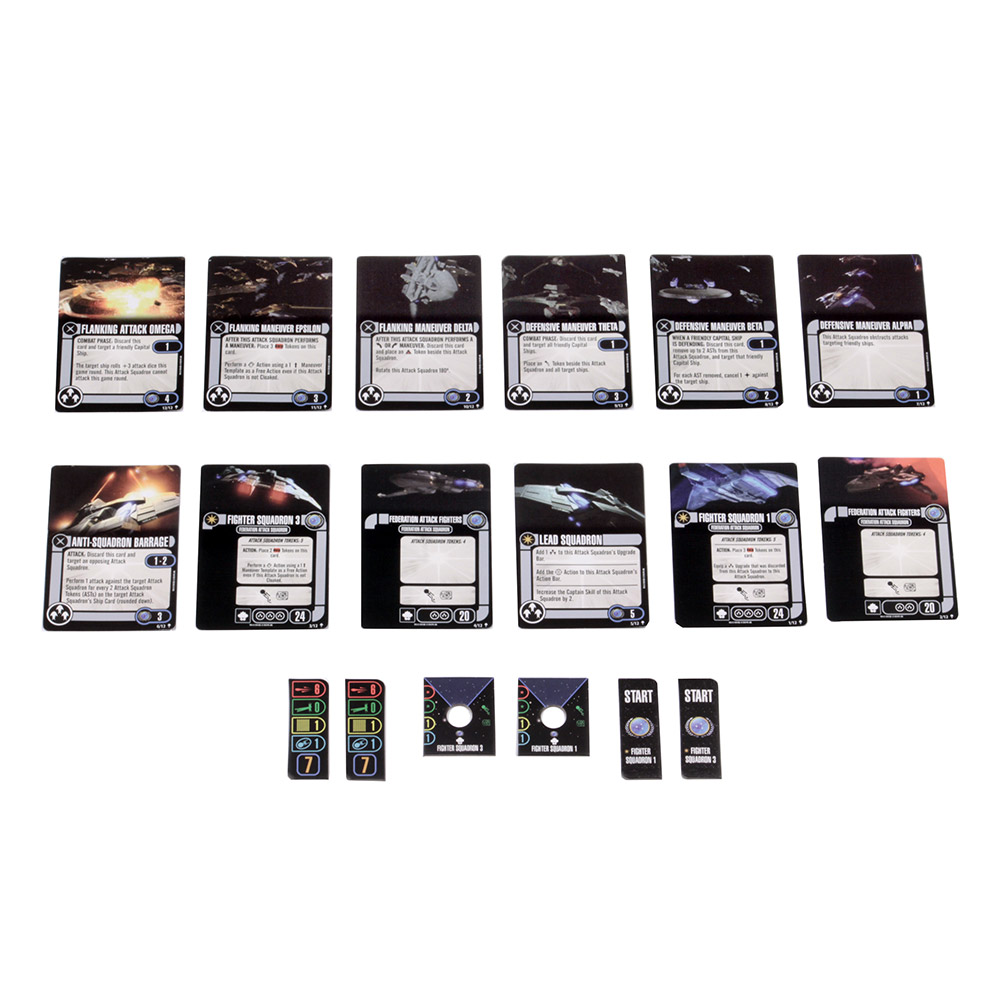 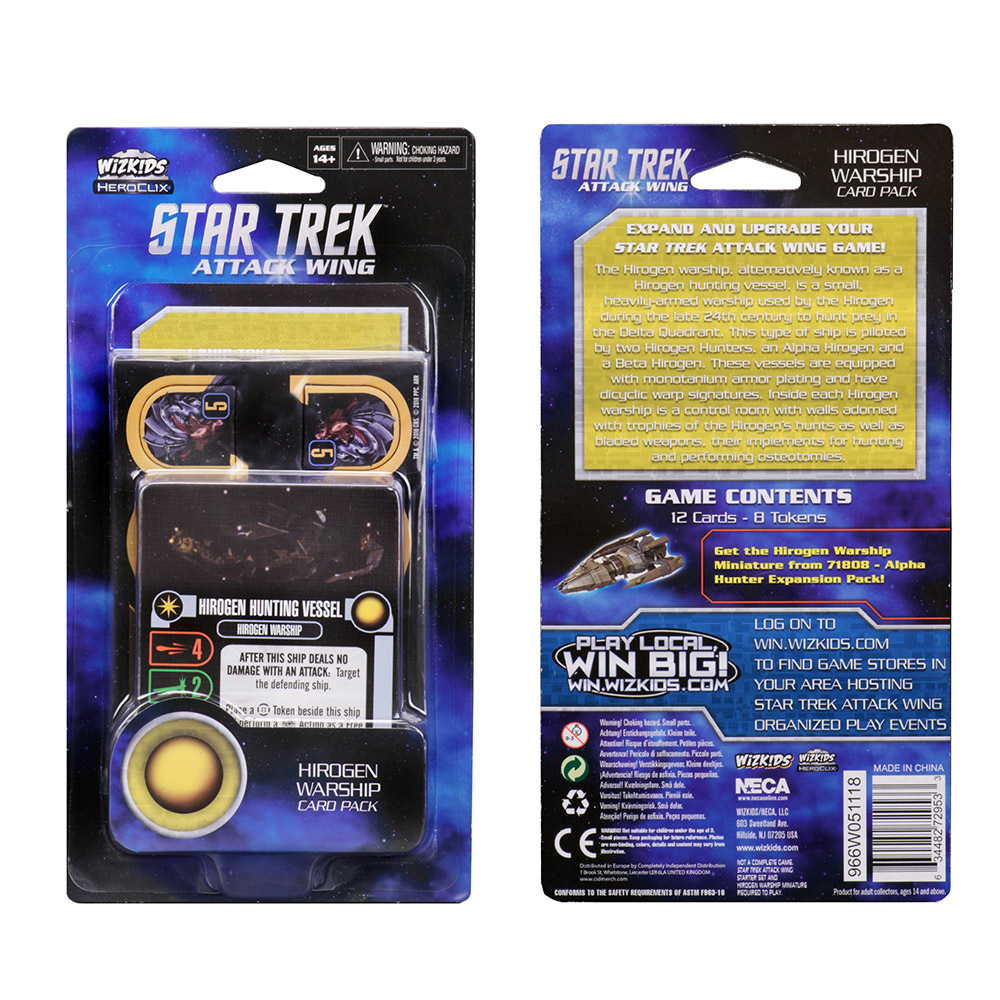 The Hirogen warship, alternatively known as a Hirogen hunting vessel, is a small, heavily-armed warship used by the Hirogen during the late 24th century to hunt prey in the Delta Quadrant. This type of ship is piloted by two Hirogen Hurnters, an Alpha Hirogen and a Beta Hirogen. These vessels are equipped with monotanium armor plating and have dicyclic warp signatures. Inside each Hirogen warship is a control room with walls adorned with trophies of the Hirogen’s hunts as well as bladed weapons, their implements for hunting and performing osteotomies.

Note: Some elements contained in this pack require the Hirogen Warship Miniature from the 71808 – Alpha Hunter Expansion Pack.