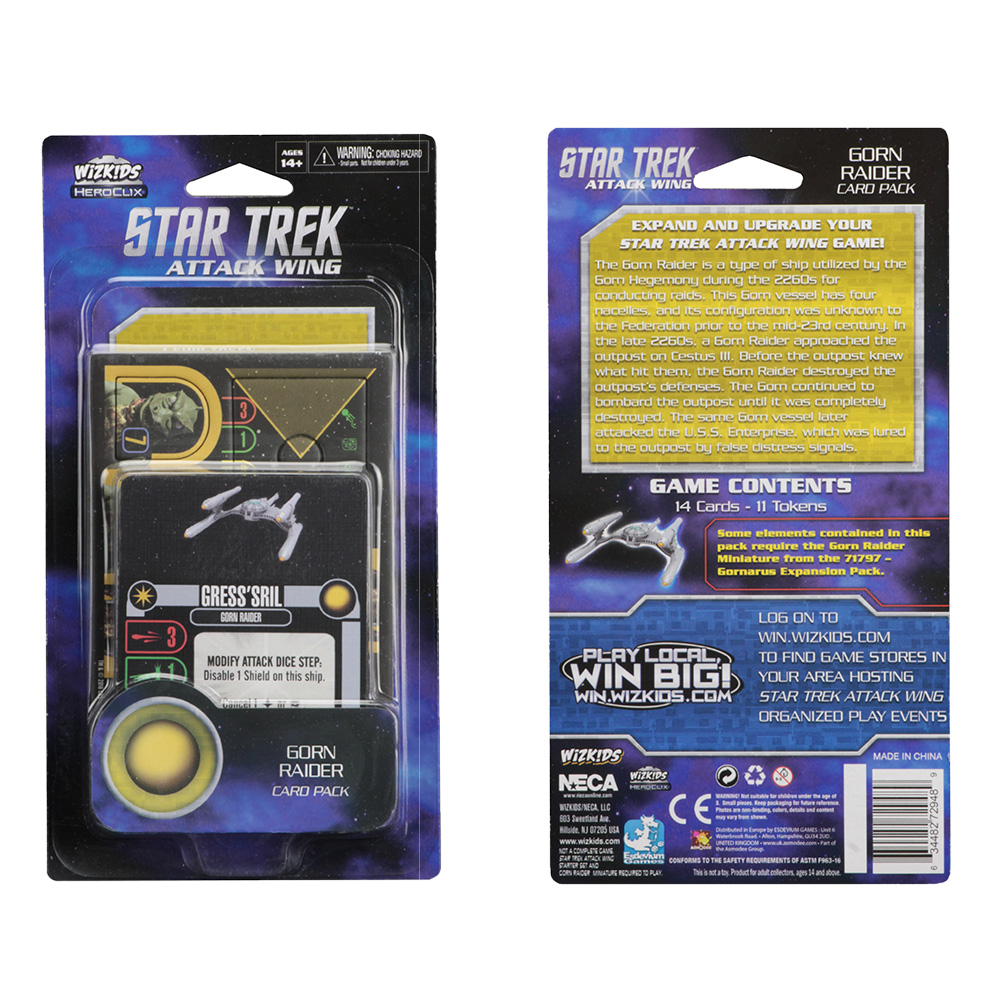 The Gorn Raider is a type of ship utilized by the Gorn Hegemony during the 2260s for conducting raids. This Gorn vessel has four nacelles, and its configuration was unknown to the Federation prior to the mid-23rd century. In the late 2260s, a Gorn Raider approached the outpost on Cestus III. Before the outpost knew what hit them, the Gorn Raider destroyed the outpost’s defenses. The Gorn continued to bombard the outpost until it was completely destroyed. The same Gorn vessel later attacked the U.S.S Enterprise, which was lured to the outpost by the false distress signals.

Note: Some elements contained in this pack require the Gorn Raider Miniature from the 71797-Gornarus Expansion Pack. 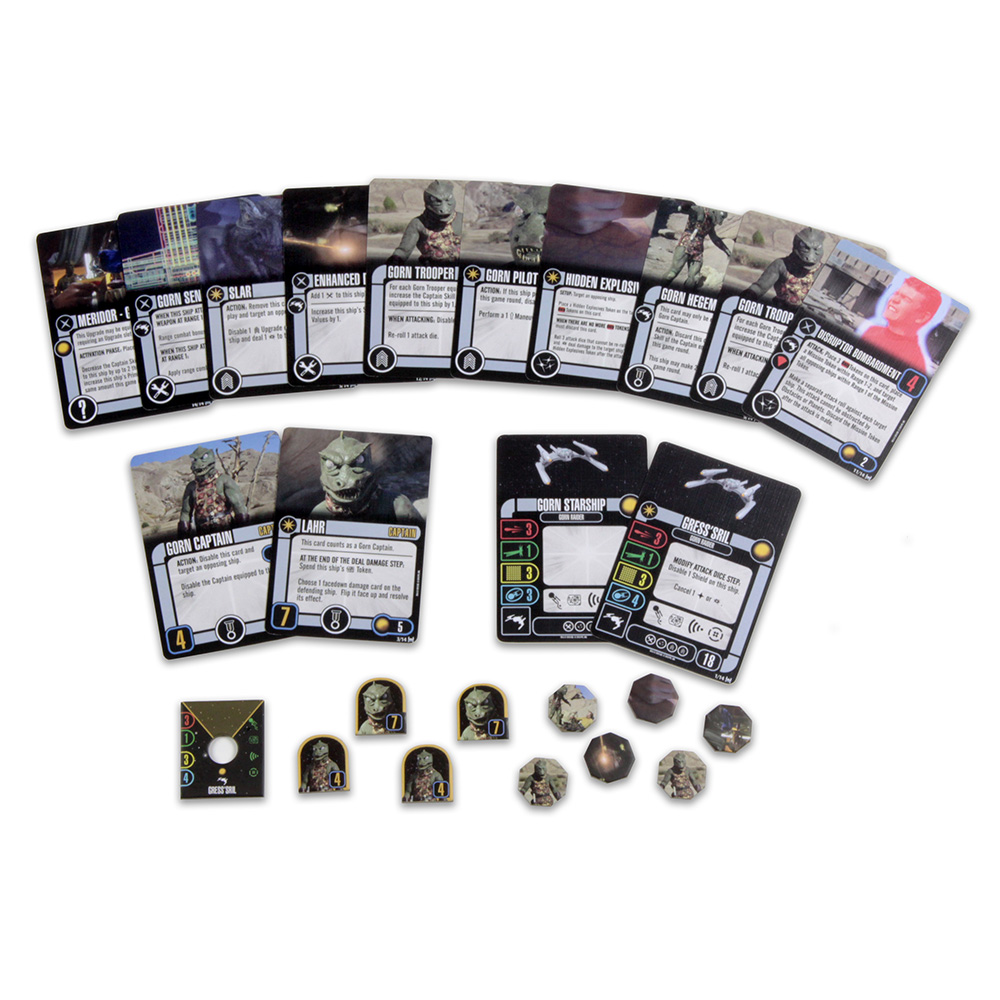 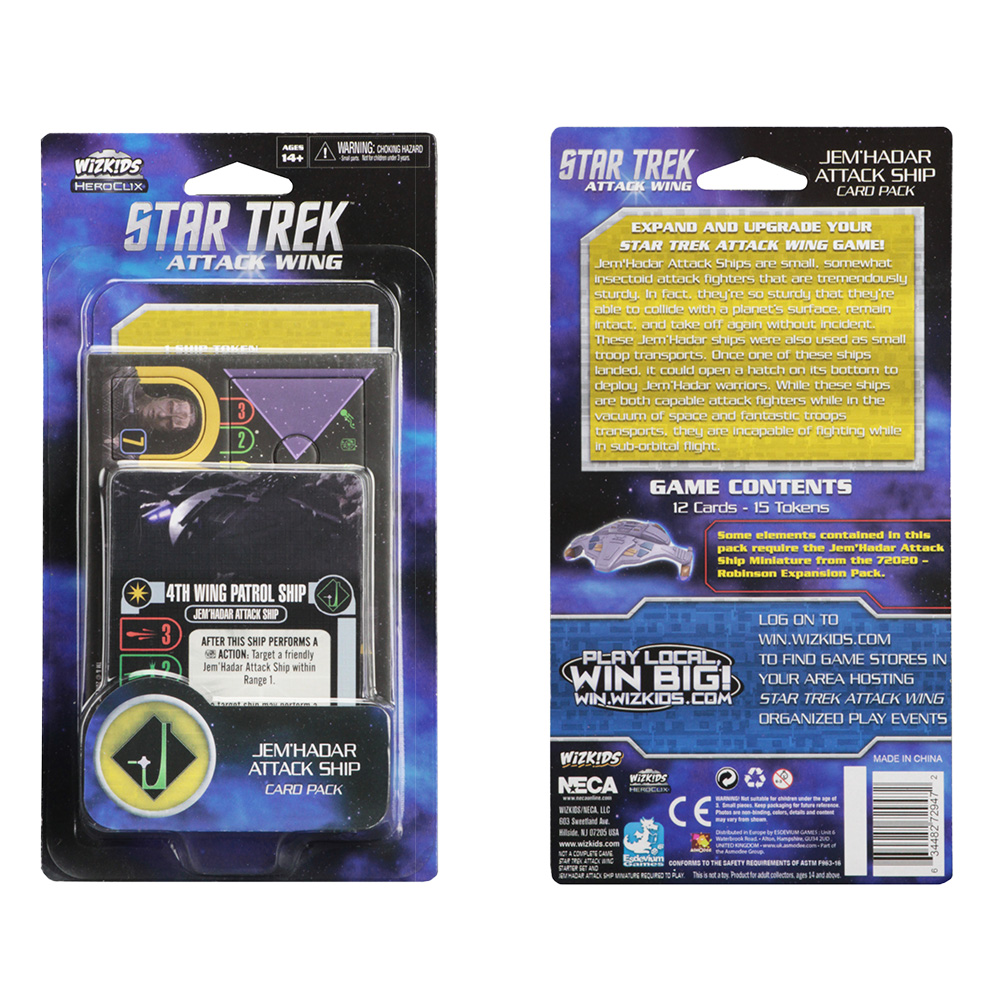 Jem’Hadar Attack Ships are small, somewhat insectoid attack fighters that are tremendously sturdy. In fact, they’re so sturdy that they’re able to collide with a planet’s surface, remain intact, and take off again without incident. These Jem’Hadar ships were also used as small troop transports. Once one of these ships landed, it could open a hatch on its bottom to deploy Jem’Hadar warriors. While these ships are both capable attack fighters while in the vacuum of space and fantastic troops transports, they are incapable of fighting while in sub-orbital flight.

Note: Some elements contained in this pack require the Jem-Hadar Attack Ship Miniature from the 72020-Robinson Expansion Pack. 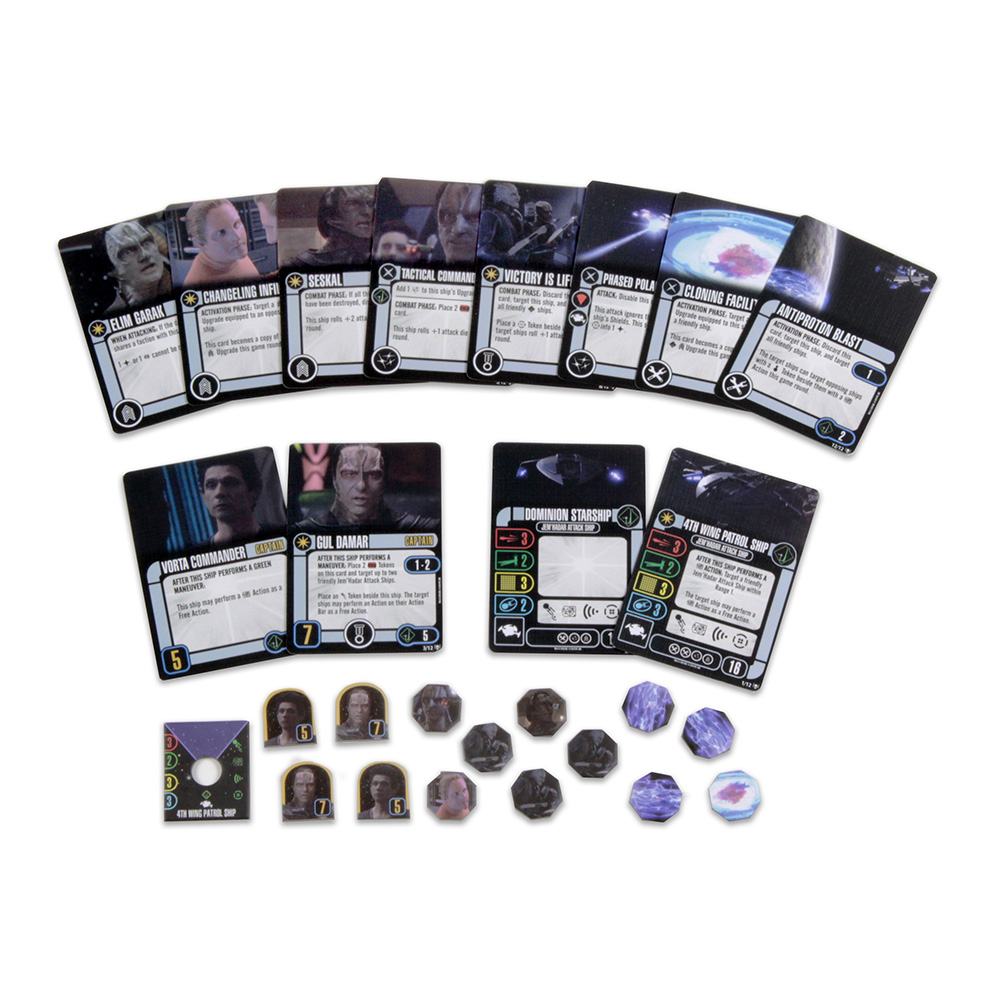