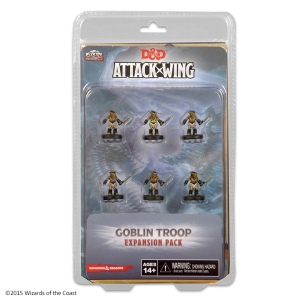 Grixom and his band of fellow goblins have enjoyed a long history of mischief and mayhem during their raids along the Sword Coast. Whenever their numbers dwindle, Grixom will quickly grab a nearby goblin and conscript him into service. And if any goblin complains too loudly, the troublemaker will be the first to be picked up and heaved at the enemy when the time is right. Of course, nothing inspires more malicious glee in these vile creatures than watching their pet giant rat tear into their armored foes; the nasty little pest always knows just where to chomp!

Although random acts of chaos are the goblin’s forte, today they’ve been hired by a particularly powerful drow archmage, Vizeran DeVir, to venture into a secret cave and recover an ancient scroll. Rumor has it that this scroll has something to do with the demon lords invading the Underdark, but only time will tell exactly how this mission connects to the turmoil besetting the subterranean realm. 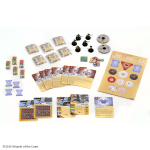 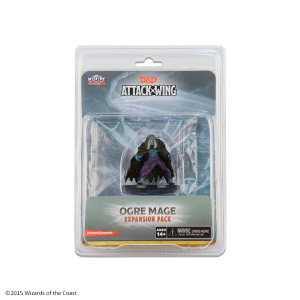 Tales of ogre mages (or oni) have inspired fear in both children and adults throughout Faerun. And among these fearsome creatures, few inspire greater terror than the massive fiend known as Barsh. Filled with dark hunger, Barsh’s superior strength allows him to rend his foes with his harp claws or, when facing foes beyond close range, to wield a long hafted magic glaive that lashes out with deadly precision.

An ogre mage’s true powers, however lie in his magical skill. Gifted with the power of enchanged flight, Barsh often takes to the skies, blasting his enemies with a frigid cone of cold or, when outnumbered by strong enemies, escaping their attacks by assuming a gaseous form. If any foes manage to wound him, he can rely on his powers of regeneration to quickly recover. Against the most formidable enemies, however, the ogre mage will put aside mundane weapons in favor of his wand of war mage, a powerful magic item that helps ensure his victory when casting deadly spells. 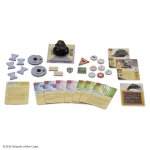 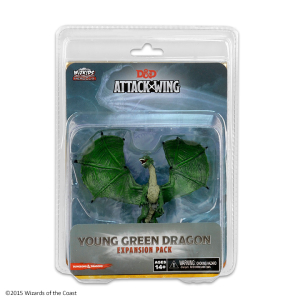 Chuth is a sly young dragon, capable of outwitting his enemies through clever positioning and surprise maneuvers. Like most green dragons, he is fiercely territorial, protecting his forests from intrusion with a poison breath that often debilitates his foes. When accompanied by his minions, Chuth and his followers will ofter surround a trespasser and intimidate the wretch with their superior numbers.

But when he himself is faced with many enemies, Chuth usually incapacitates an opponent with a sleep spell so that the dragon can narrow his focus to one or two enemies at a time. Sometimes it’s difficult to target a foe who is approaching fast from a great distance, however. In those instance, Chuth relies on his eyes of the eagle to give him plenty of time to prepare his most powerful attacks. 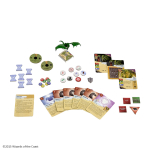