In this scenario, your fleet arrives in an unexplored sector of space to investigate a series of subspace anomalies causing large scale time fluctuations across the quadrant. As you arrive, your sensors detect an enemy fleet coming out of warp nearby. You have direct orders to investigate the anomalies to figure out their source, but you cannot simply ignore your most hated enemies while doing so. As you engage in combat and start investigating these anomalies, you realize that they are tears in space and time which bridge multiple universes!

Will you use these anomalies to your advantage to defeat your enemies or will you try to find the source of the anomalies as quickly as possible and leave your enemy behind?

You will need the following special components to play:

The number of mission tokens on a ship’s base will indicate which universe that ship is currently in. A ship is considered to pass through a subspace anomaly when any part of its base or template touch the objective token.

IMPORTANT: A ship can only affect another ship if both ships have the same number of mission tokens on their bases.

END OF THE MISSION

The mission ends when:

1. Have the most ships with four mission tokens on their bases at the end of the game.

2. Have the ship with the most mission tokens on its base at the end of the game.

3. Destroy all your opponent’s ships.

4. Have more Fleet Points than your opponent for that Battle Round.

BONUS – At the end of the game, each mission token on your ships’ bases is worth +10 Fleet Points.

Every player who shows up and plays in this event gets a resource as a participation prize. The resource for Chronological Chaos is Captain’s Chair. This card can only be assigned to a ship that has a Captain with a printed Captain Skill of 5 or higher.

During the Activation Phase, once per game round, after this ship executes a Non-Red Maneuver, you may remove a Disabled Token from 1 of the cards equipped to this ship.

Captain’s Chair will allow you to keep your Crew and other upgrades functional by removing any disabled tokens from a single card once per round. How will you choose to best utilize this ability? Starfleet will surely be watching your career with great interest. 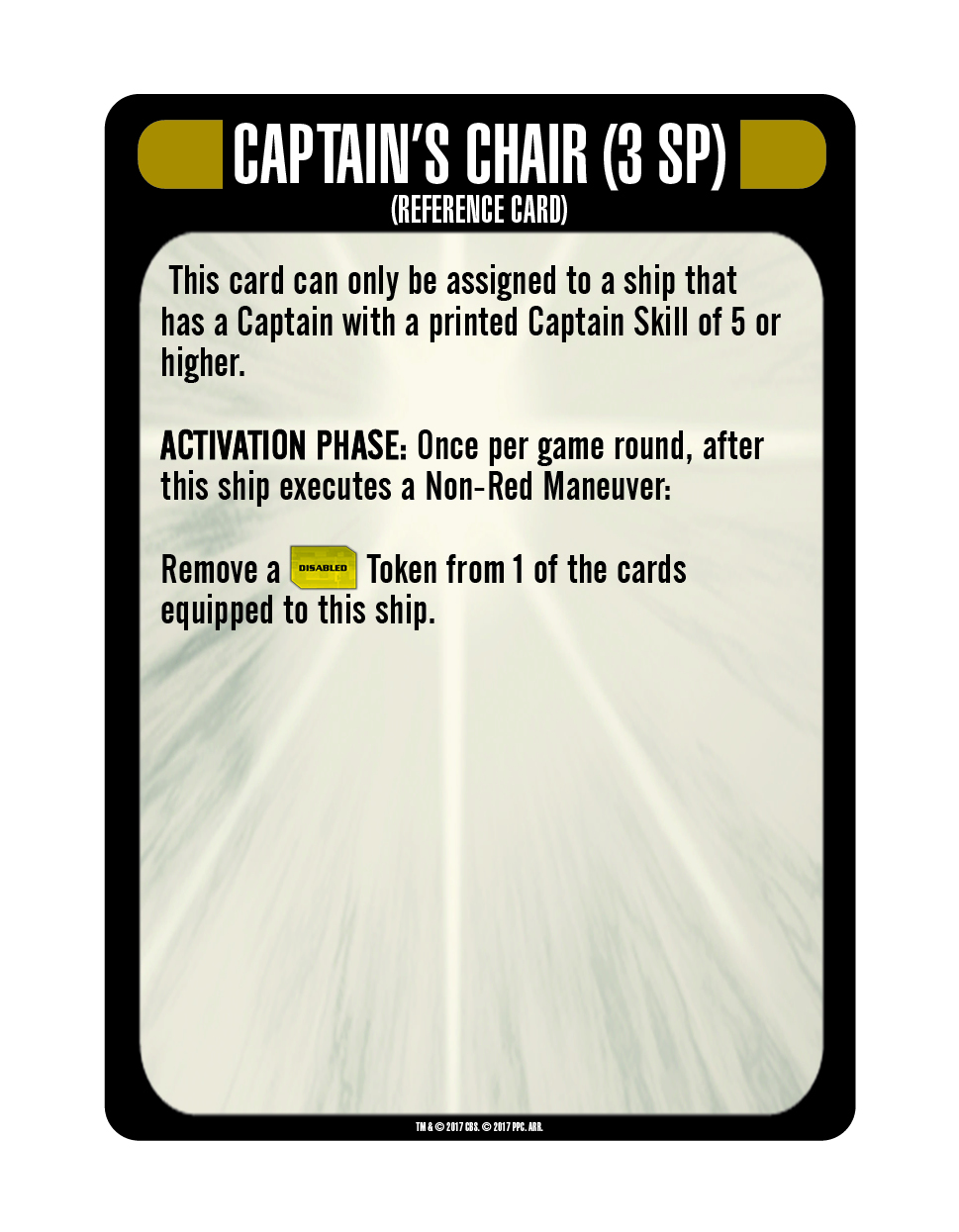 Chronological Chaos begins a new prize format for Organized Play that will be used in future events. Each prize pack will contain a unique prize card with brand new content as well as flex prizes of popular cards from the past with updated text and formatting. 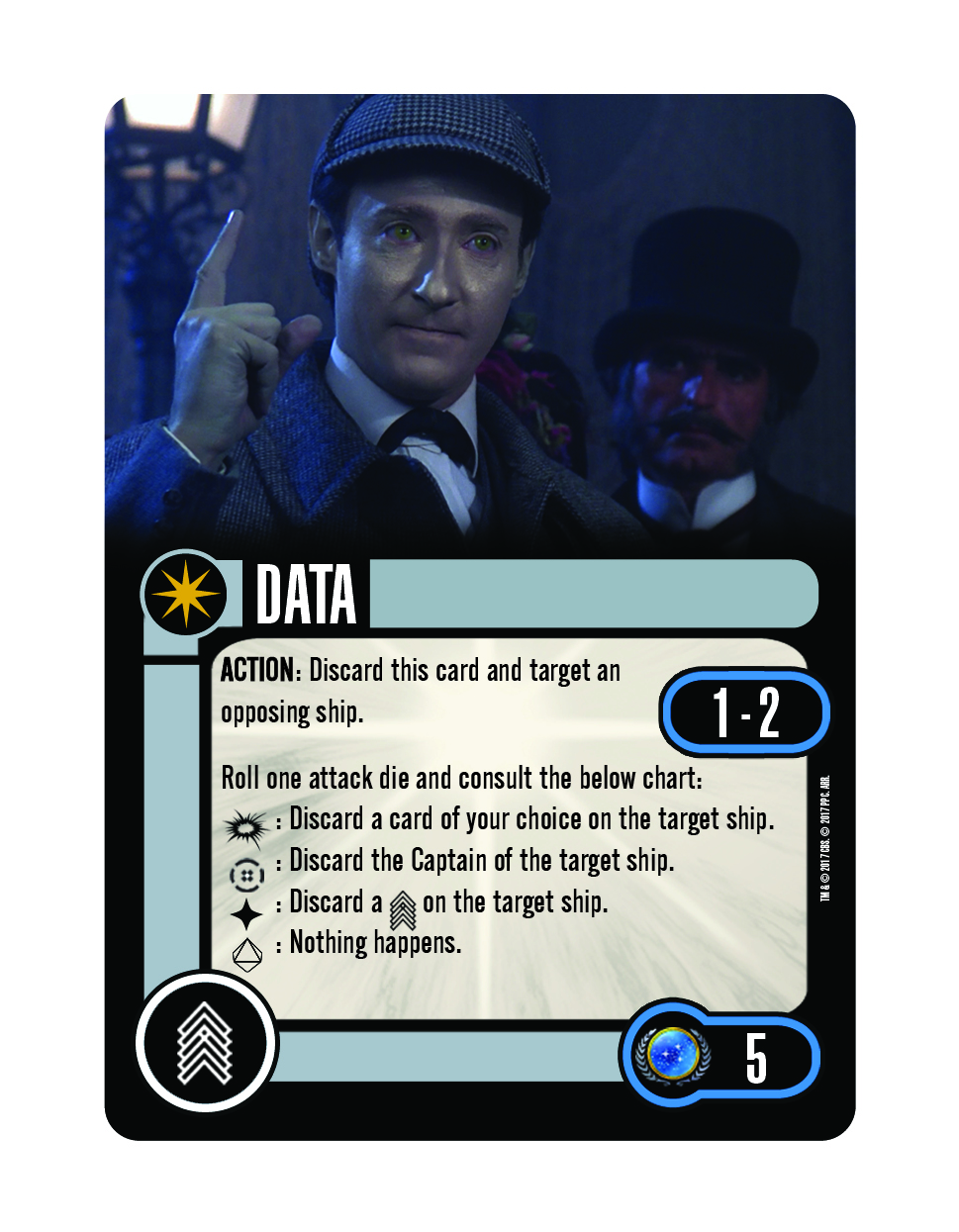 The prizes for Chronological Chaos are Data and Nanclus.

Nanclus is the Flex prize who, as an Action, allows you to discard this card and target an opposing ship at Range 1-3. This game round, the target ship rolls +1 attack die but cannot roll defense dice. Compared to the previous version, the new formatting and language on Nanclus makes it easier to use and understand.

Everyone is sure to want to these new prize cards, especially Data as Sherlock Holmes. Contact your local venue and make sure to reserve your spot for this Organized Play Event. Visit NECA/WizKids at WizKids.com/Attack Wing for additional information about Star Trek: Attack Wing  or go to the WizKids Info Network to find a local game store near you at http://win.wizkids.com/. 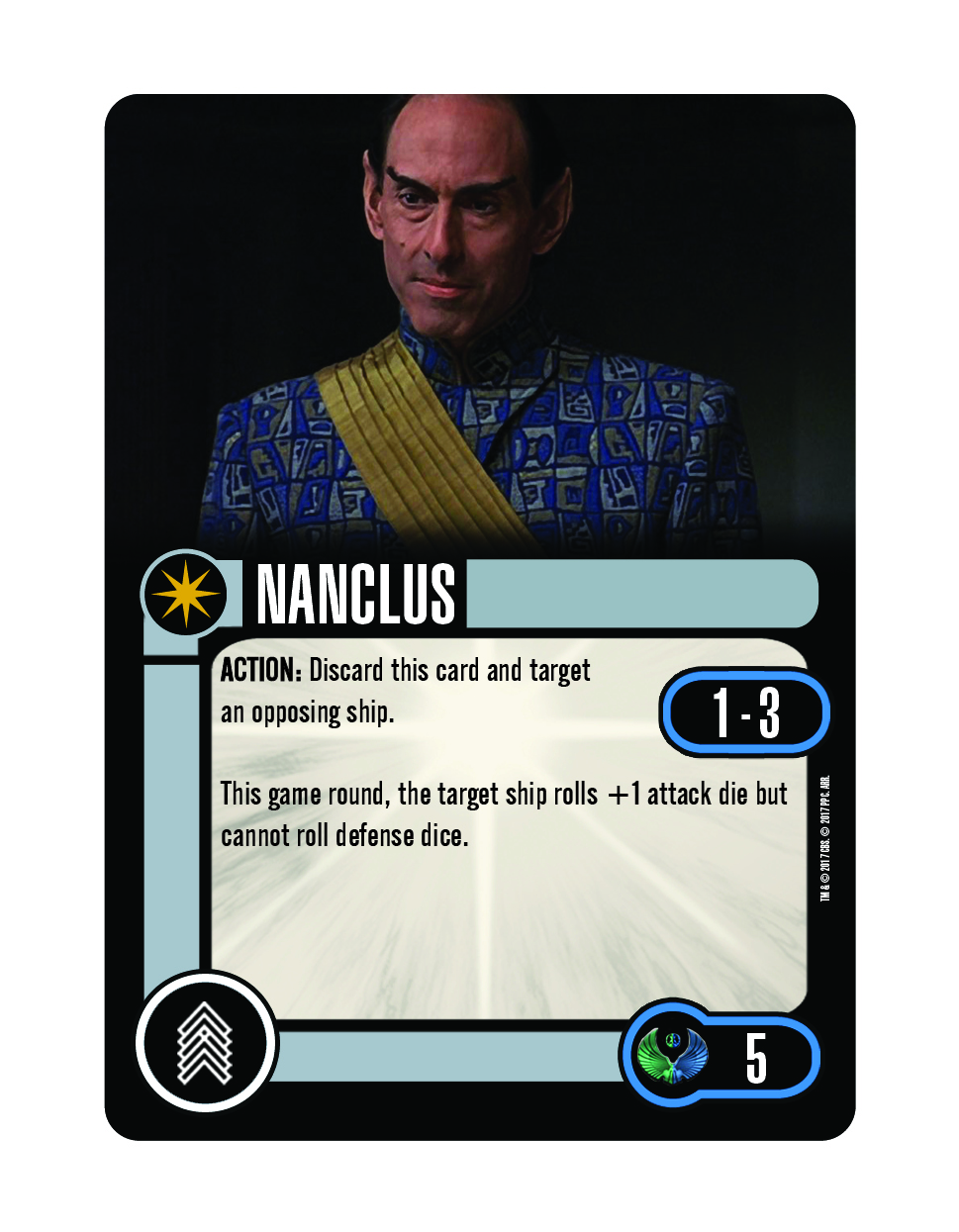