I always thought Oni or Ogre Mages were just a thing of legend. Something my parents told me about to make sure I did my chores or went to bed on time. But when I came face to face with one of these fearsome boogeymen myself, it was if I were a frightened child. In the distance, I swore I heard child like voices singing.

“LOCK THE DOOR, BLOW OUT THE LIGHT; THE HUNGRY ONI HAUNTS THE NIGHT.

HIDE AND TREMBLE, LITTLE ONE; THE ONI WANTS TO HAVE SOME FUN.

HEAR IT SCRATCHING ON THE DOOR; SEE ITS SHADOW CROSS THE FLOOR.

THE SUN WON’T RISE FOR A WHILE; TILL THEN, BEWARE THE ONI’S SMILE.”

He stood before us with his blue skin as dark as midnight, with short ivory horns protruding from his forehead. His eyes were dark with strikingly white pupils. His teeth were jet black just like his fearsome claws. I tried to run but I was filled with such fear that I couldn’t do anything but whimper as I dropped my sword to the ground. Then, out of nowhere, she appeared, Talon Everhale, shooting arrow after arrow at the horrible monster. “Run!” she yelled at me as she ducked behind cover. The Orge Mage’s javelin barely missed the Ranger as she dove behind a tree.

“Face me!” the Ogre Mage roared into the night air. “I am Barsh. Bring a human child to me now, or this village will die.” Barsh proclaimed, his words dripping with malice.

Talon Everhale stepped out from behind the large tree she was hiding behind. Her bow was glowing with brilliant energy arrows pointed straight at the Ogre Mage. “I protect this village foul creature; you shall leave this place immediately or I will remove you.” Her voice was filled with confidence but her hands still trembled ever so slightly.

Barsh roared in defiance as he charged at the Ranger. A Fearsome foe indeed, Barsh must have intimated Talon because her arrows missed their mark. From my Vantage point it looked as if Barsh was able to launch one last javelin at Talon as he charged towards her. I saw blood in the snow where the Ranger had last stood but Talon was no where to be found. Was she hurt? Had she abandoned us? I didn’t know what to think. Then suddenly, Barsh fell to the ground filled with arrows as Talon emerged from her hiding place. She was clearly injured but she hadn’t given up just yet.

Barsh stood up and began to laugh. “Ha ha ha, foolish human. Did you really think your puny arrows could harm me?” The Ogre Mage then pulled the arrows out of his chest one by one and the wounds quickly healed by means of his Monstrous Regeneration. 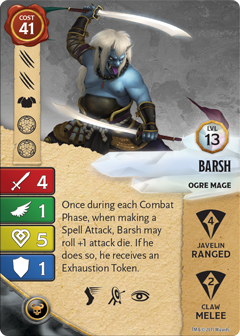 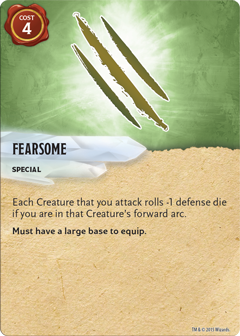 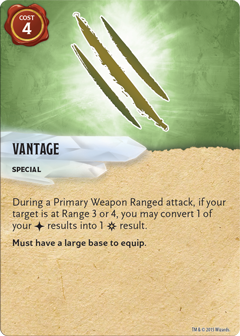 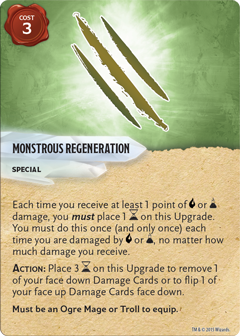 Closing in on Talon, Barsh reached for the Magic Glaive slung over his shoulder. “Perhaps, YOU shall be my next meal, Ranger!” Barsh said with a hungry look in his eyes. Faster than anything I have ever seen before, Talon Everhale shot so many arrows at Barsh that even he was forced to take cover from the relentless rain of death falling from the sky. “Fine, if that’s how you want to play Ranger, let’s see how well you hold up against my magic!” Barsh said pulling out a magic Wand of War Mage. The air grew dry and cold as a Cone of Cold erupted from the wand. The ranger managed to avoid the brunt of the blast leaping out of the way at the last second. Her foot however, appeared to be frozen up to the top of her boot. Unable to place any weight on that foot, Talon Everhale fell to the ground with a large thud. Just when all seemed lost, the other Heroes of Faerûn came charging in. The druid known as Dragonfly the Grey tended to Talon’s injuries as Nymmestra the Elf Wizard cast a fireball at the Ogre Mage. As the ball of flame erupted around Barsh, he must have known that he was outnumbered. He quickly, launched himself into the sky attempting to fly to safety. As he tried to escape, Nymmesta launched a magic missile at Barsh that exploded onto his chest causing him to fall to the ground. Barsh then stood up and laughed. “You think you have defeated me?” Barsh burst into his Gaseous Form and disappeared into the night. 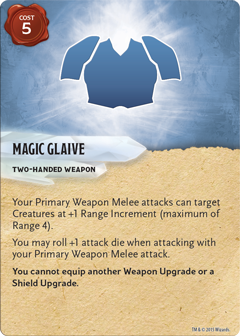 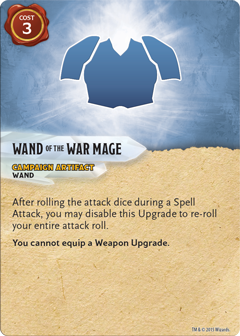 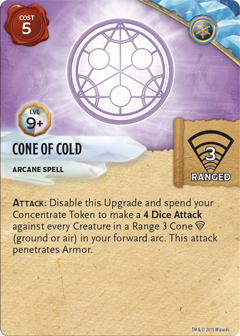 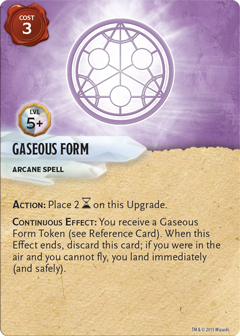 Now as we rebuild and I sit alone in the darkness, I am left with nothing but questions. How can we repay the debt we owe to the Heroes of Faerûn? What brought Barsh to our tiny village? What will we do if he ever returns?

Join in the adventure yourself with the additional Ogre Mage Expansion release of D&D Attack Wing coming soon from WizKids. Ask your local game store for more details and prepare to continue your new chapter of adventuring! Make your own scenarios as well as you battle head-to-head against an opponent using the fast-paced game mechanics. 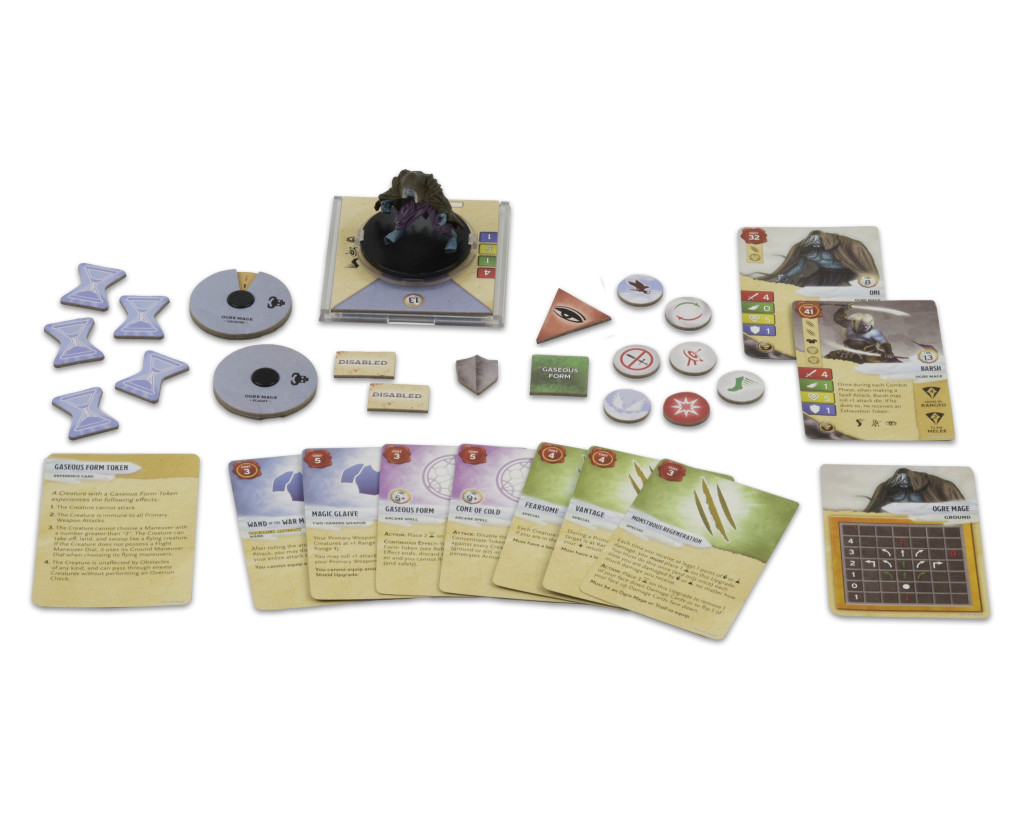