I am writing to you as a last resort. Your mother informs me that you have taken up a foolish quest. I am told that you and your fellow “adventurers” have decided to travel into the Underdark for a fight. I wish there was something I could say that would convince you not to go. However, I know that you are far too stubborn to accept my words of caution so, instead I have decided to write to you in an attempt to give you a little bit of knowledge that just might save your life.

As you know, in my younger days I fought along side the Legendary Heroes of Faerûn. While an old man now, I still possess a little Ancient Lore that might protect you as it saved me from the Ancient Dragons. Now I admit, I have never been to the Underdark myself, but I hear it is a terrifying place filled with all sorts of monstrous creatures. Perhaps you have heard of Drizzt Do’urden? I met him once in my travels and if you heard even one of the tales he can tell of the Underdark, you would change your mind about this childish quest of yours, but I digress. If you are truly intent on taking this journey, I want you to be ready for the horrors you might face. 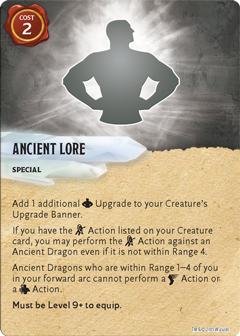 In the deepest parts of the Underdark dwell a race of dark elves called the Drow. The drow have black skin that resembles polished obsidian and stark white or yellow hair. Their society is depraved and pre-occupied with the favor of Lolth, the Spider-Queen, who sanctions murder and extermination as the noble drow houses vie for her favor. When a drow shows great promise, Lolth summons it to the Demonweb Pits for a test of faith and strength. Those that pass the test rise higher in the Spider-Queen’s favor. Those that fail are transformed into driders- a horrid hybrid of a drow and giant spider that serves as a living reminder of Lolth’s power. Drow transformed into driders return as twisted debased creatures. Driven by madness, they disappear into the Underdark becoming hermits and hunters.

Staltax is one of these monstrous hunters called driders. Even while standing still, Staltax is said to be able to perform numerous actions that will catch his enemies by surprise. Driders are known to Skulk around any corner in the Underdark so you must always be ready for anything. Driders also have Venomous Bites that contain a deadly poison. Make sure the cleric in your party is well equipped with anti-venom and other healing agents. Driders will be sure to Exploit any Weakness in your party. Even the strongest armor and shields have been known to fail under the driders attacks. While driders are fearsome warriors with swords, they also have been known to use Poisoned Bows for ranged attacks. Almost everything in the Underdark is poisonous so beware what you eat or drink. Finally, driders can cast some basic spells so make sure your party wizard is prepared. Driders are partial to Web spells just waiting for heroes like yourself to walk into their traps. 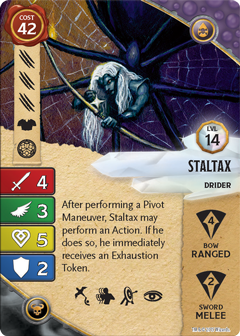 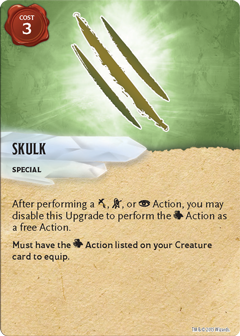 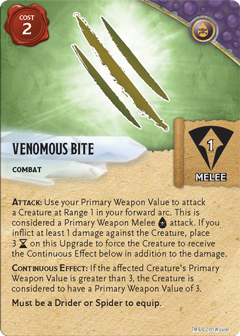 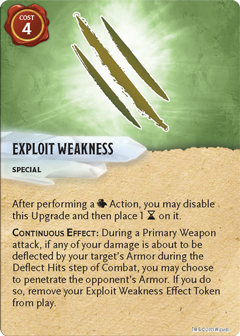 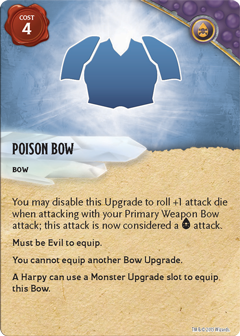 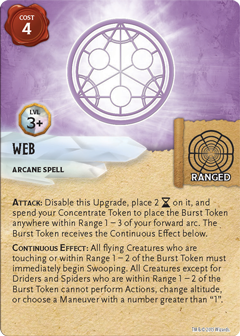 Are you frightened yet, Piotr? If not, you are even more foolish than I thought.

The deeper you descend into the Underdark, the more horrible and twisted the creatures become. One of the most gruesome and evil creatures you can ever meet is something called a beholder. I pray that you should never be so unlucky as to run into one of these aberrations, but just in case I will tell you all that I know.

One glance at a beholder is enough to assess its foul and otherworldly nature. Aggressive, hateful and greedy, these monsters dismiss all other creatures as lesser beings, toying with them or destroying them as they choose. A beholder’s spheroid body levitates at all times, and its great bulging eye sits above a wide, toothy maw, while smaller eyestalks that crown its body twist and turn to keep its foes in sight. When a beholder sleeps, it closes its central eye but leaves its smaller eyes open and alert.

The only beholder I have even heard of in my travels was a beholder infected by the Shadow plane and twisted even further by negative energy. This particular creature was named Tlaxanar. A master strategist, whenever Tlaxanar attacked an enemy, he would catch them off guard by attacking flying enemies from below or swooping down on ground troops from above. Tlaxanar’s central eye created an Antimagic Cone that could Break the Resistance of even the most powerful magic. 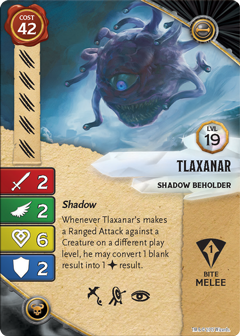 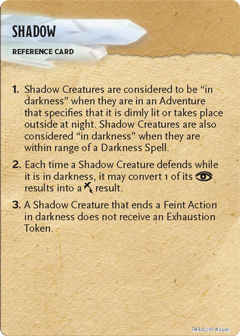 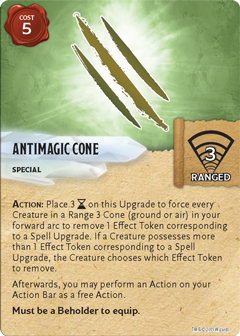 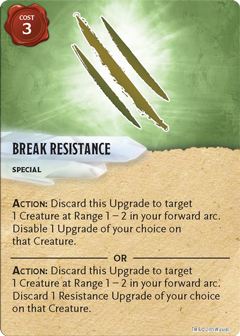 Once they have stripped you of your defenses, a beholder attacks using one of its many Eye Ray attacks. The beholders’ Enervation Ray will weaken you and make you easier to hit. Beholders love to use this ray on fighters and watch them struggle. Paralyzing Ray, as you can imagine, prevents someone from moving, attacking or taking any actions. Beholders try to save this attack for mages and clerics but anyone will do. Finally, Death Ray is something that beholders hold in reserve for their most powerful foes. Death Ray is capable of killing with only one shot from its eye beam! 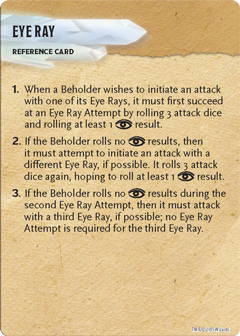 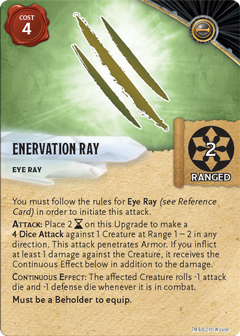 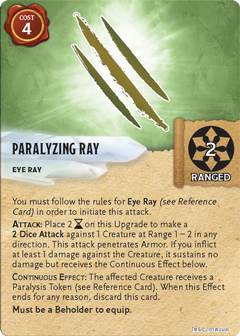 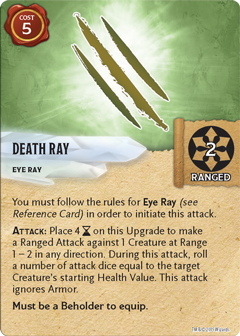 If you are still reading this Piotr, I hope I have convinced you to return home to the safety of your family. If you even make it back from the Underdark, it will change you forever and you will never be the same. I just hope my advice will somehow make a difference and somehow you will survive…

By time this letter reaches you I should only be a few days behind you. You are going to need my help. I only pray its not too late.

Join in the adventure yourself by playing in D&D Attack Wing: Rage of Demons Organized Play Events at your Friendly Local Gaming Store to win great prizes. Check out WizKidsEventSystem.com to search for events in your area or ask your local game store for more details!