We should have had more than enough strength to topple the Eternal Flame, that is, unless they knew we were coming. Borion the mighty Griffon was first to fall. His feathers scorched and burned from the fire trap set by the Eternal Flame. Ahnah Crimson seemed to be okay but she was tending to her wounded mount and recommended a full retreat. Quelindritar also was forced to flee after getting badly burned by the Barbarian Bastian Embers. Ulfgar Ironfist was pinned down in-between two enemies unable to escape but he still seemed determined to fight. Bellatoris and Milo Timbershaft were flying to try and rescue the dwarf but he refused get on the flying horse grumbling something about “dwarven honor”. That just left me to try and turn the tide of the battle. 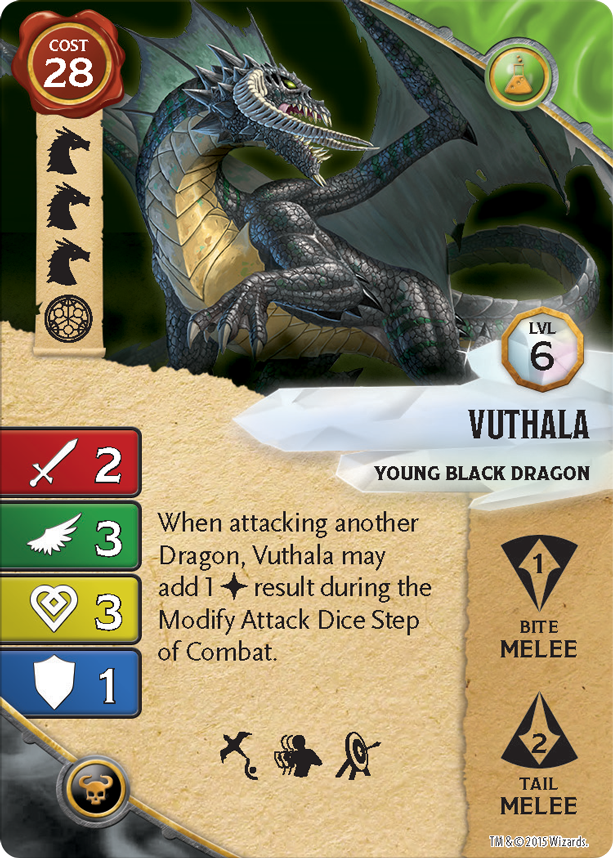 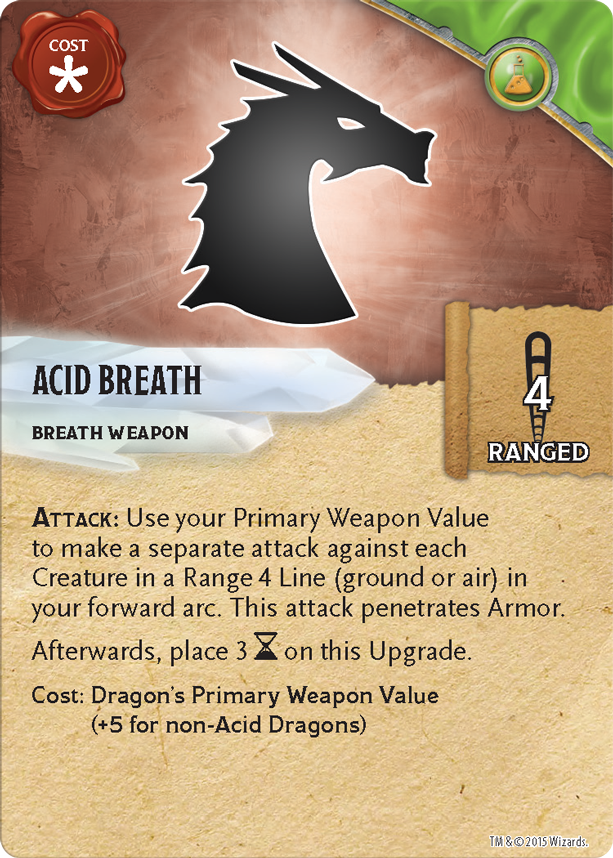 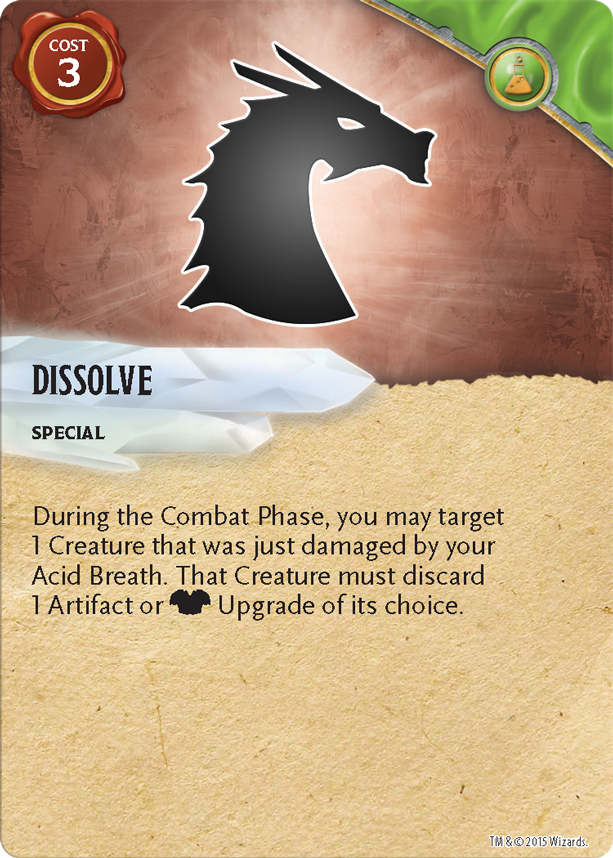 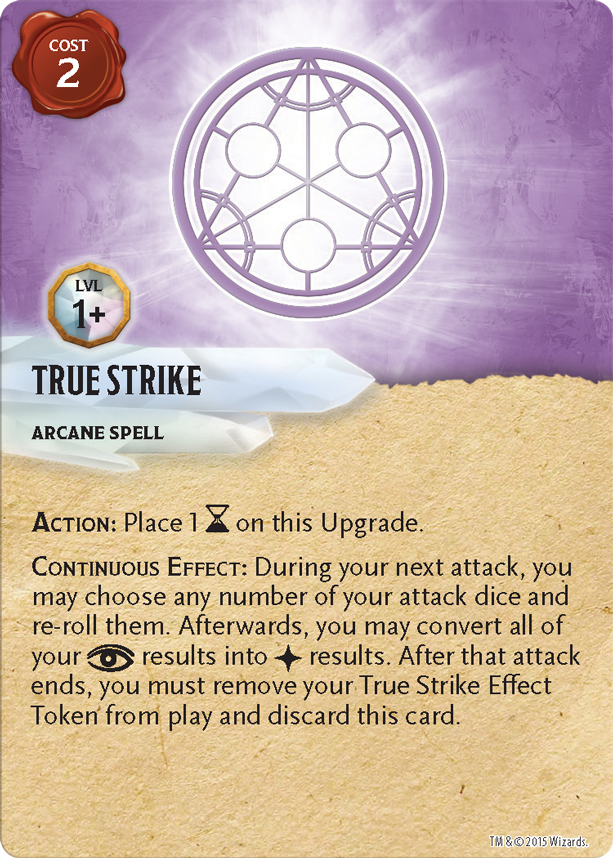 Just when it looked like Milo had convinced Ulfgar to climb onto the Pegasus they were brutally attacked by a Young Black Dragon who had been hiding in the keep waiting for the perfect moment to strike. I instantly recognized the dragon as Vuthala. While this black dragon was young it was also cruel and malicious. Like most black dragons Vuthala loved nothing more than causing pain and causing pain was something this dragon did very well. Vuthala’s first attack was a True Strike as Bellatoris and Ulfgar were both hit with its Acid Breath. The noxious acid burned the noble Pegasus and even Dissolved Ulfgar’s armor! 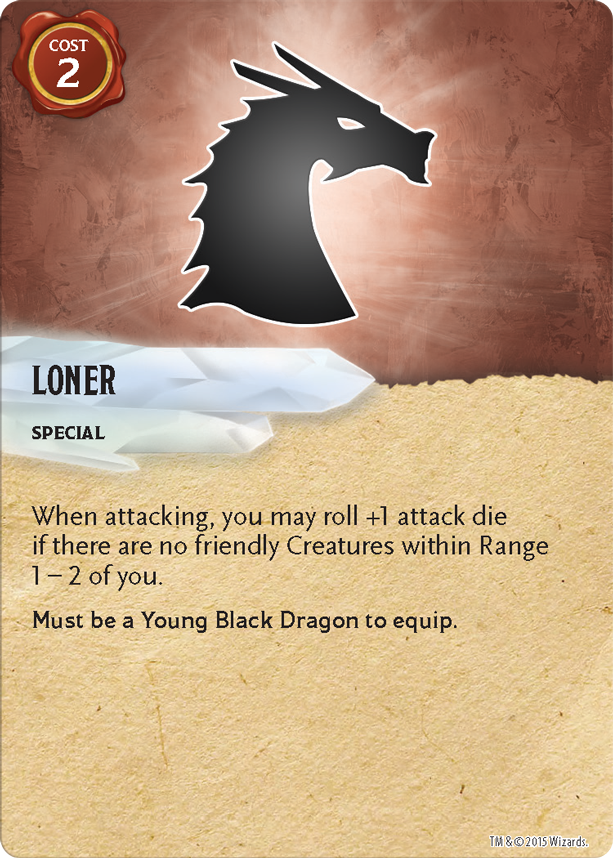 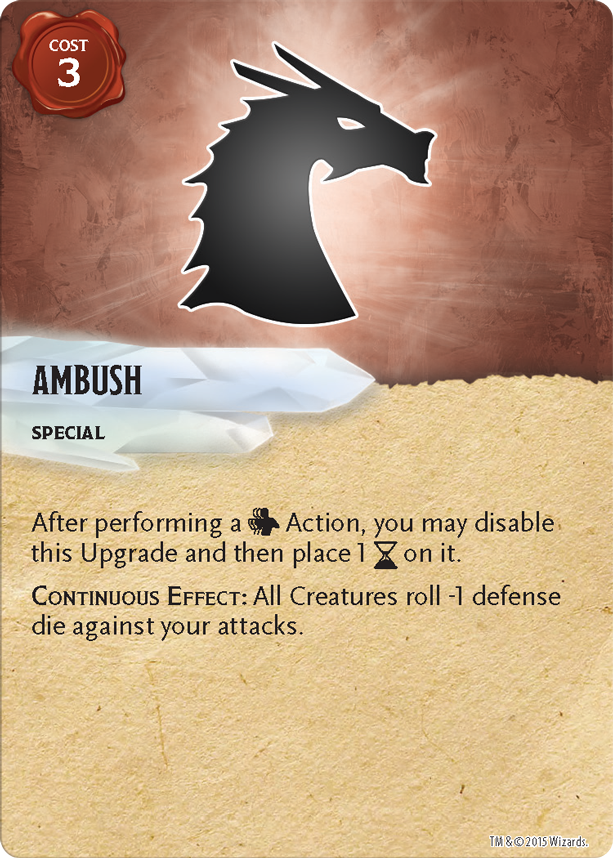 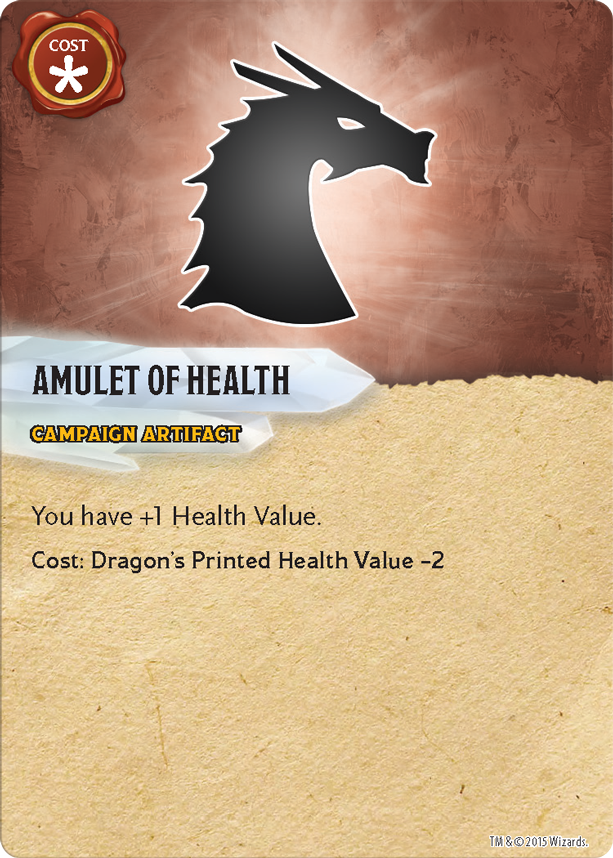 As a Loner, attacking by himself somehow seemed to make the dragon Vuthala even more powerful and confident. That Ambush was all it took to force the rest of our forces to retreat. It was now up to me, Janic, to stop the evil Vuthala all by myself. That was when I noticed the Amulet of Health hanging around Vuthala’s neck. A lump formed in my throat as I recalled the legends surrounding this relic and I knew it was not going to be easy to take down Vuthala on my own. I swear I saw Vultha turn my way and smile right before I was hit by the dragon’s next attack. I know this can’t be possible but when Vuthala attacked me (another dragon) the attack felt even more powerful than it should have been for a dragon of that size. The last thing I remember before losing consciousness was the evil laughter of Vuthala that will haunt my dreams for as long as I live.

Join in the quest yourself with the additional expansion release of D&D Attack Wing coming in September from WizKids. Ask your local game store for more details and prepare to continue your new chapter of adventuring! The Scarlet Moon Keep adventure spans the next three releases for D&D Attack Wing, including the Young Black Dragon Expansion Pack. Make your own scenarios as well, as you battle head-to-head against an opponent using the fast-paced game mechanics. 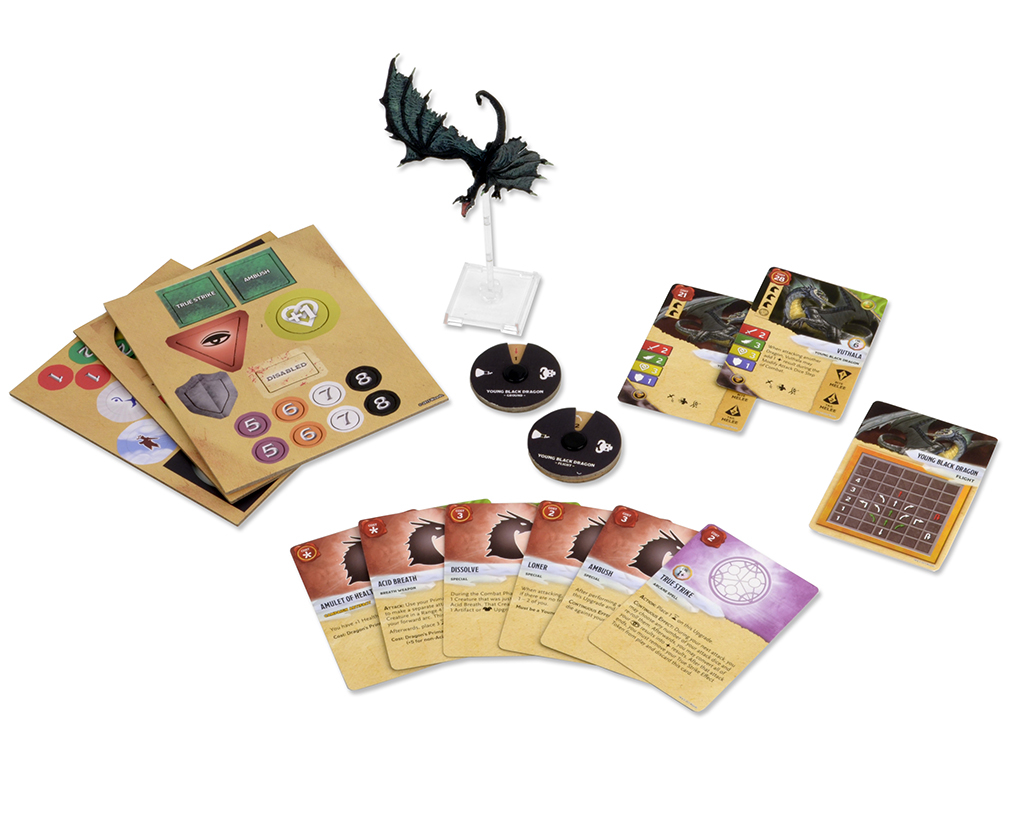