Age of Dirt: A Game of Uncivilization

In Age of Dirt, you’ll control of a small tribe at the dawn of civilization, and send out your workers in the hopes of collecting the resources you need to grow and thrive. Unfortunately, they won’t always listen. Before collecting resources, you’ll have to place your workers, and any of your opponents’ workers in the same space, into a tower, and only some of them will come out. The rest will have to wait to be knocked loose on a future turn.

So, if you send a worker to the Forest to collect wood and berries, they might end up in the Mountains, collecting herbs, the Plains hunting for fur, or the Love Tent making…growing your population. They might also bring some predators out of the tower with them, and not come back at all. 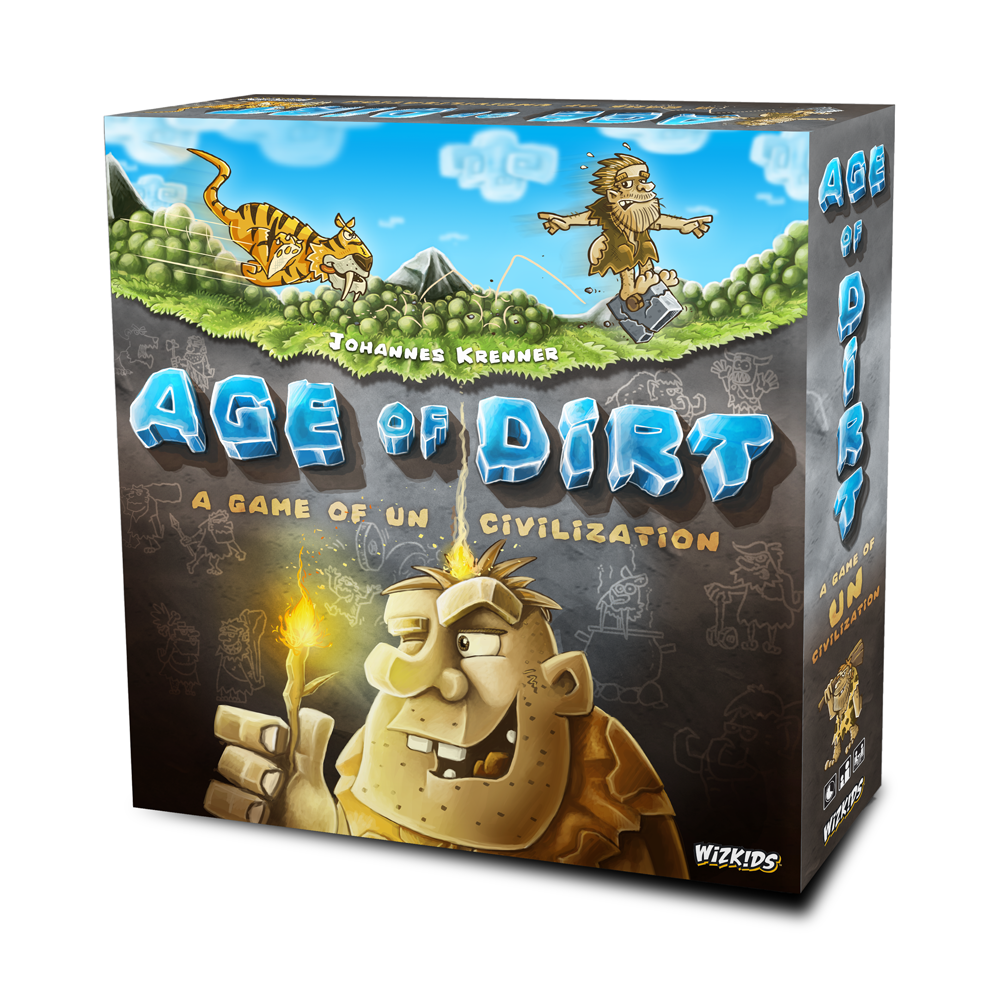 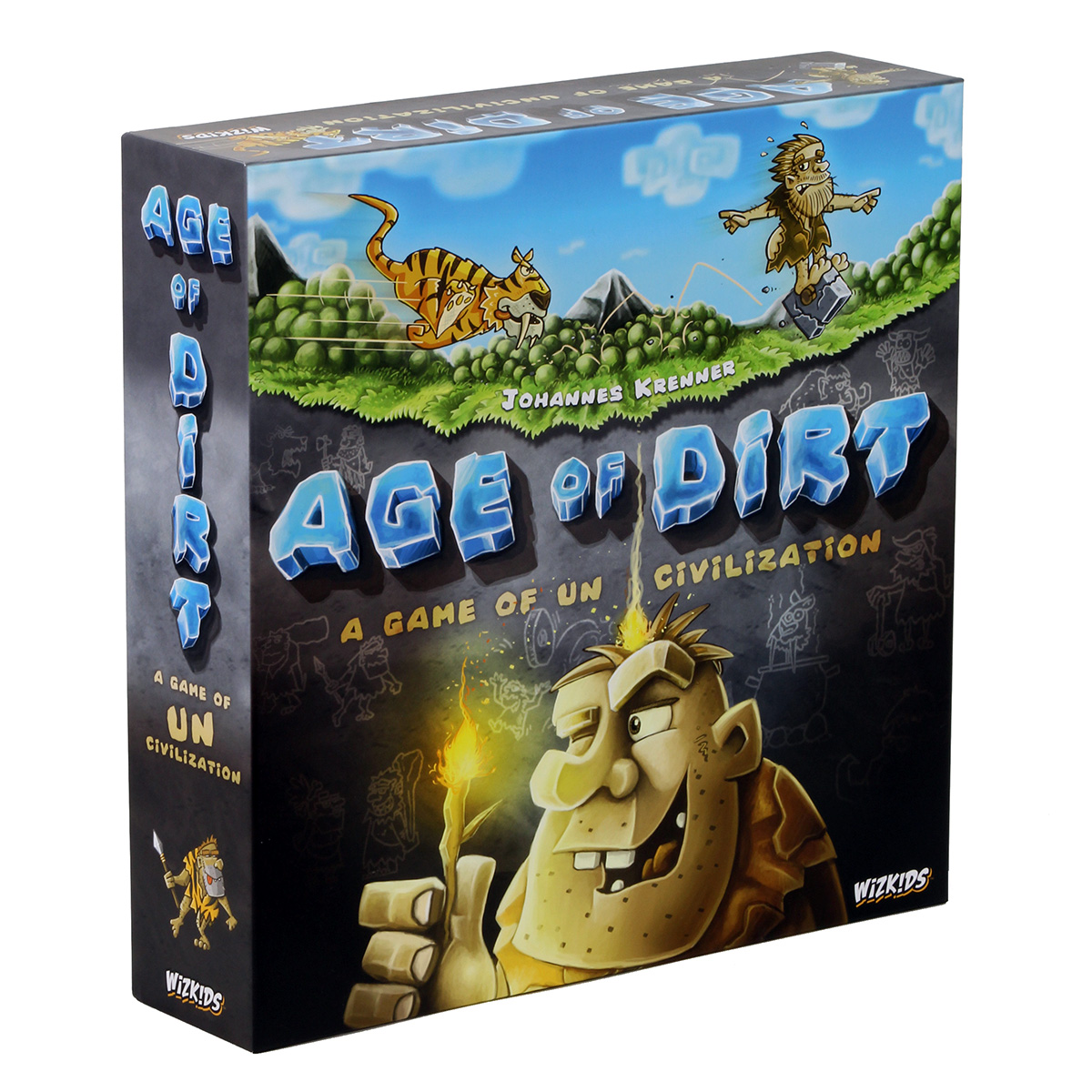 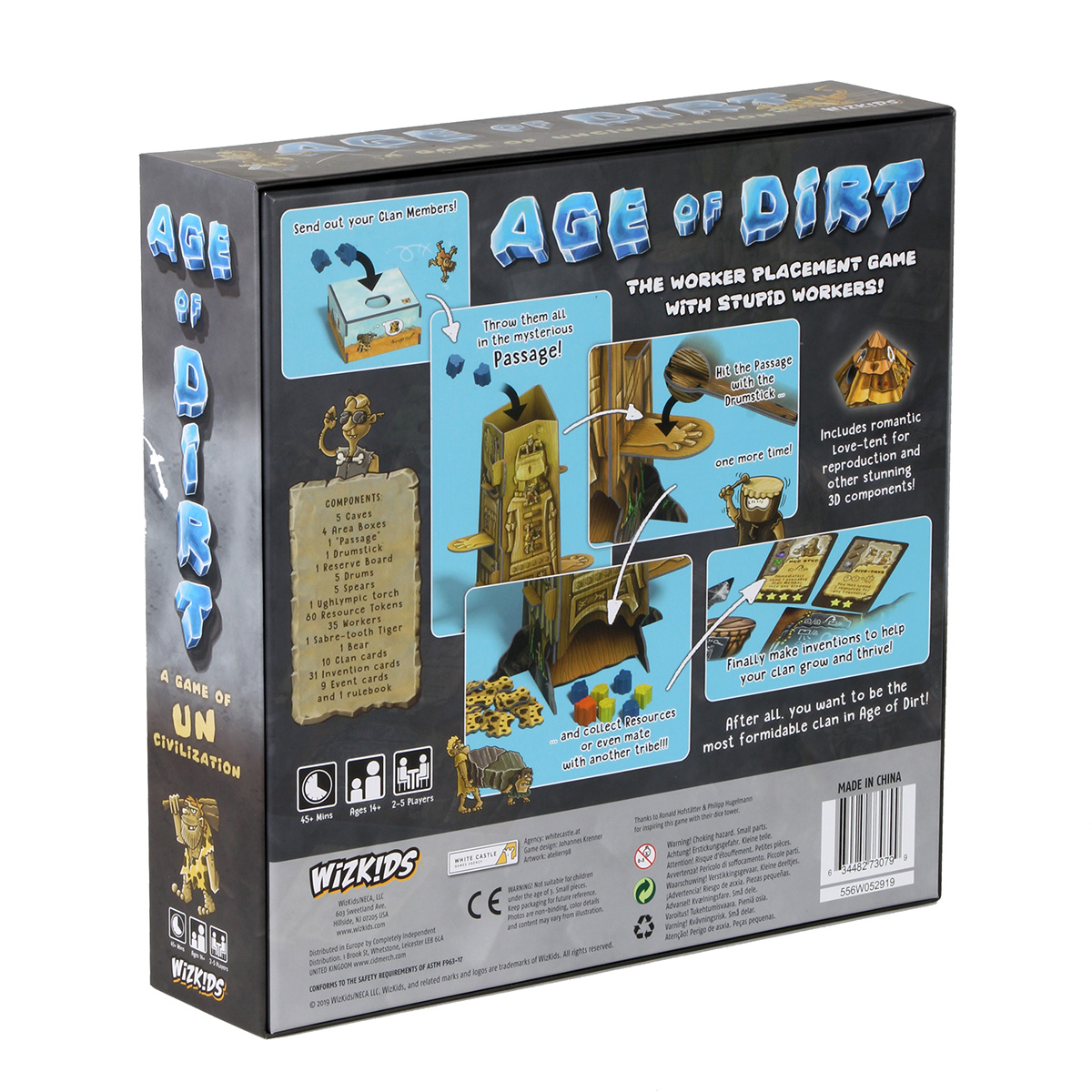 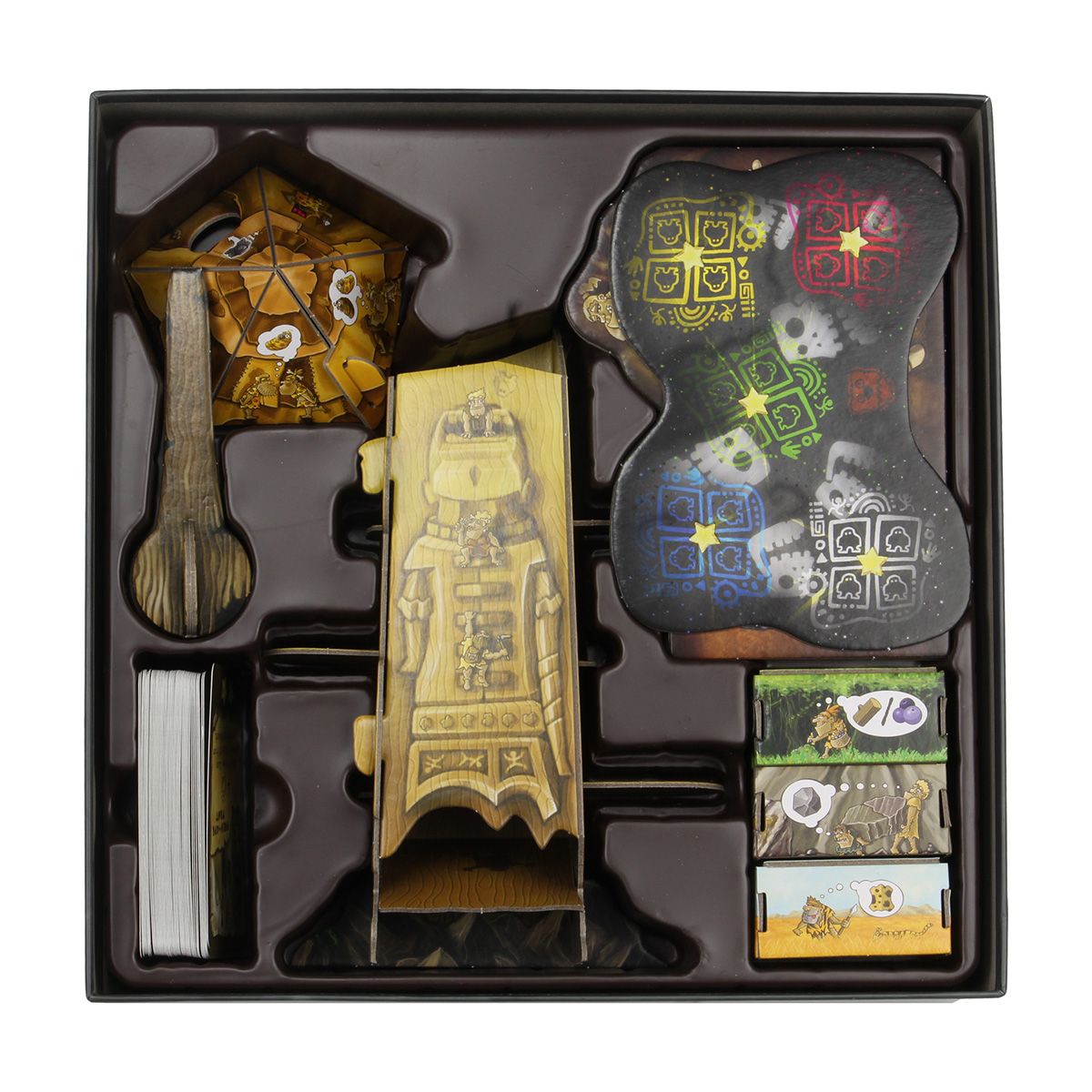 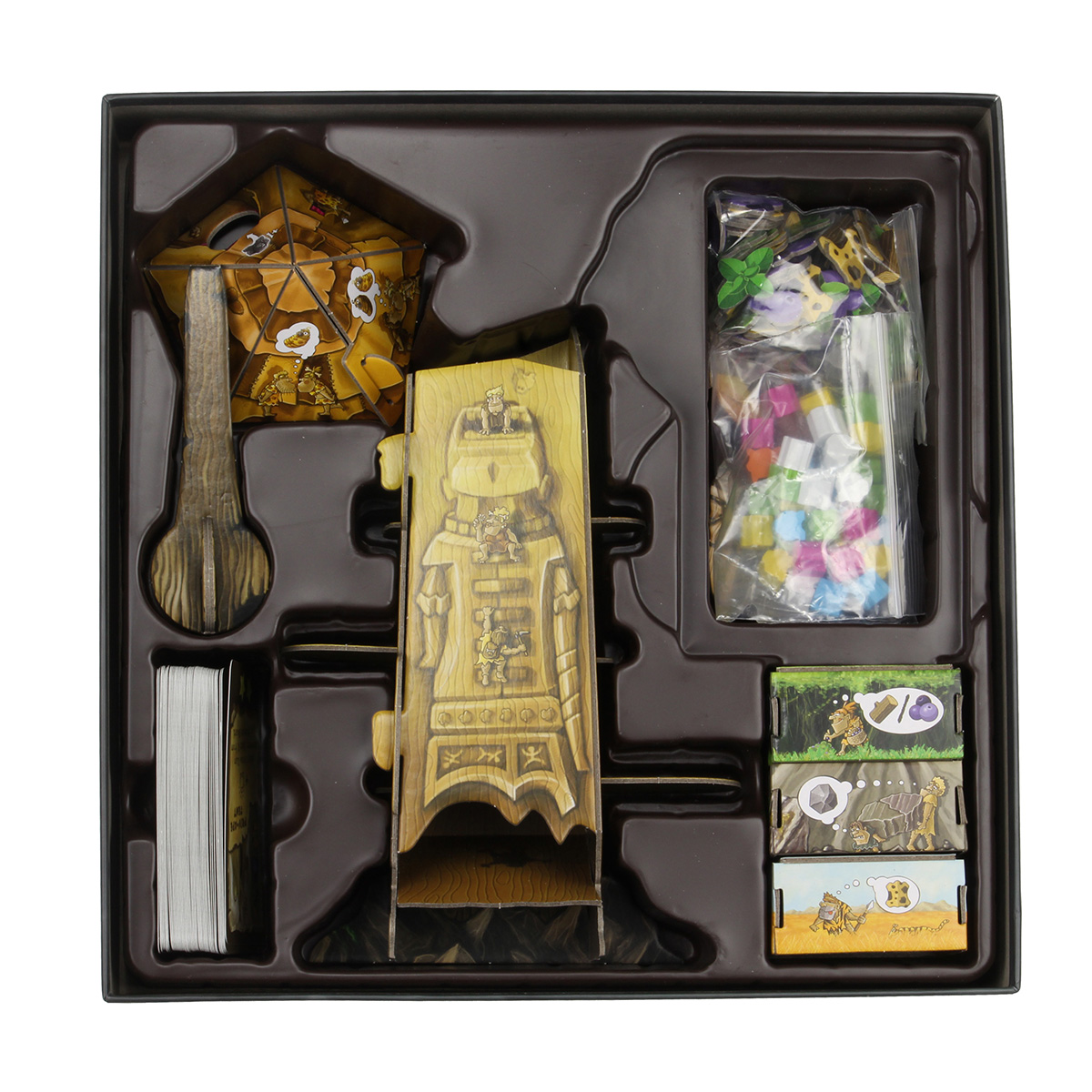 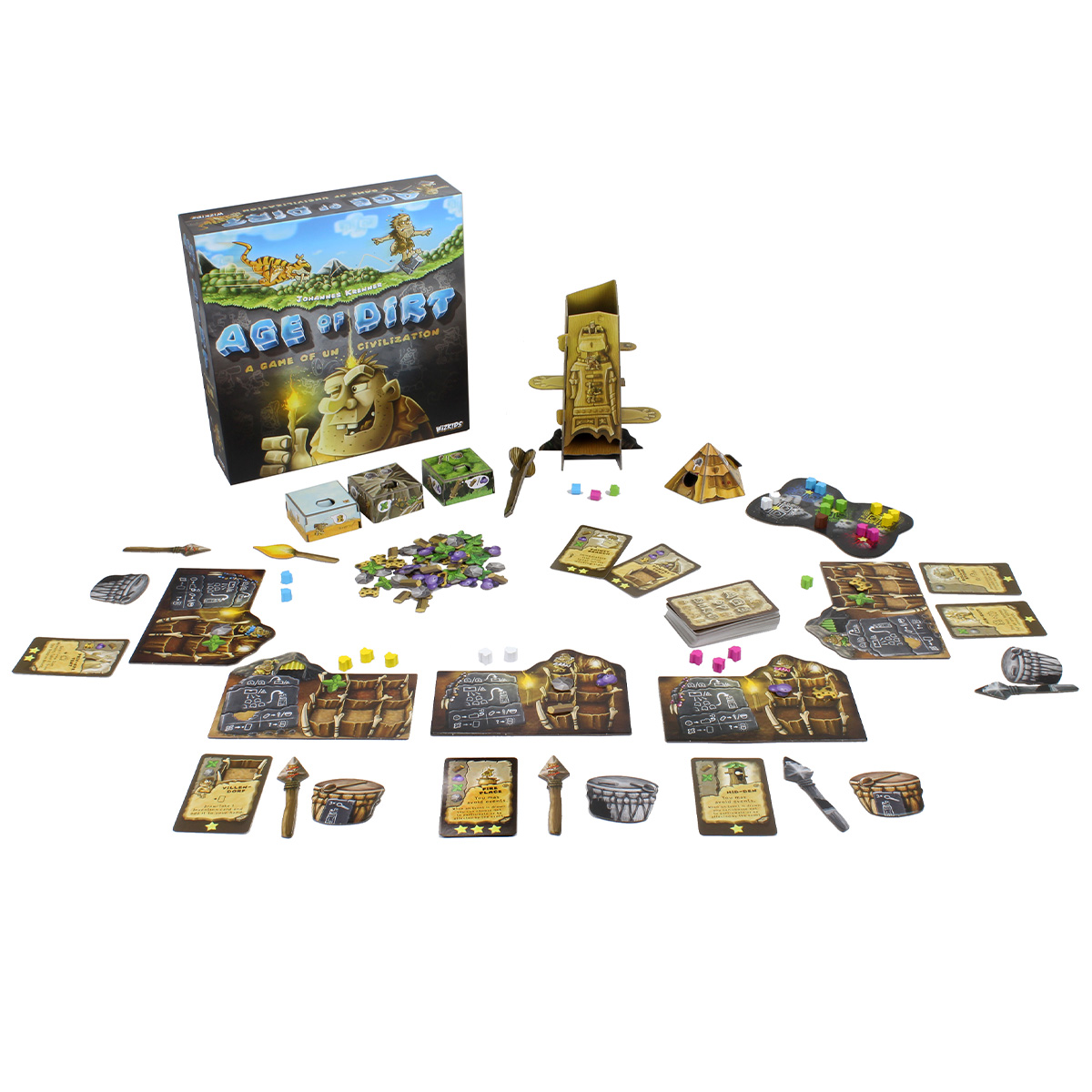 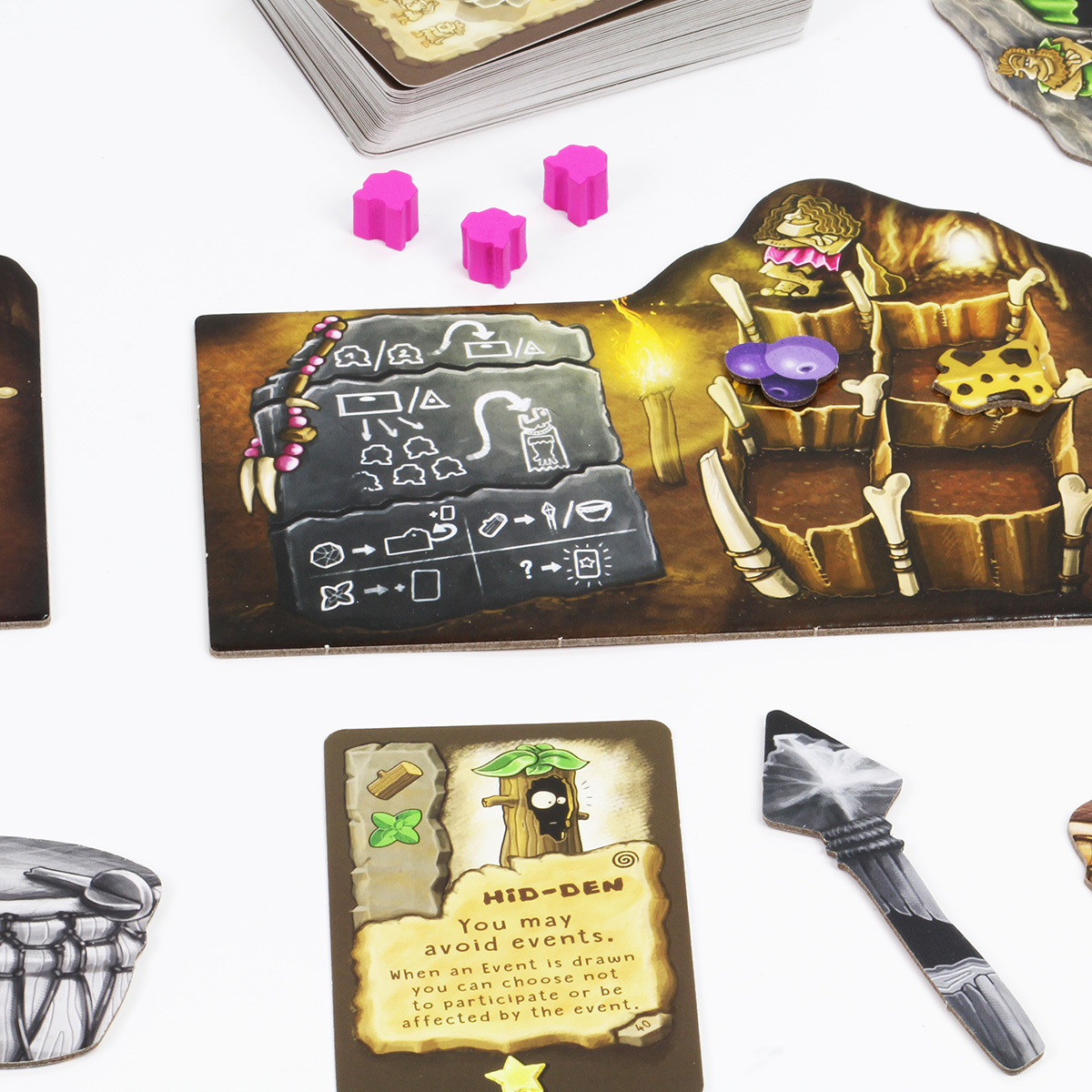 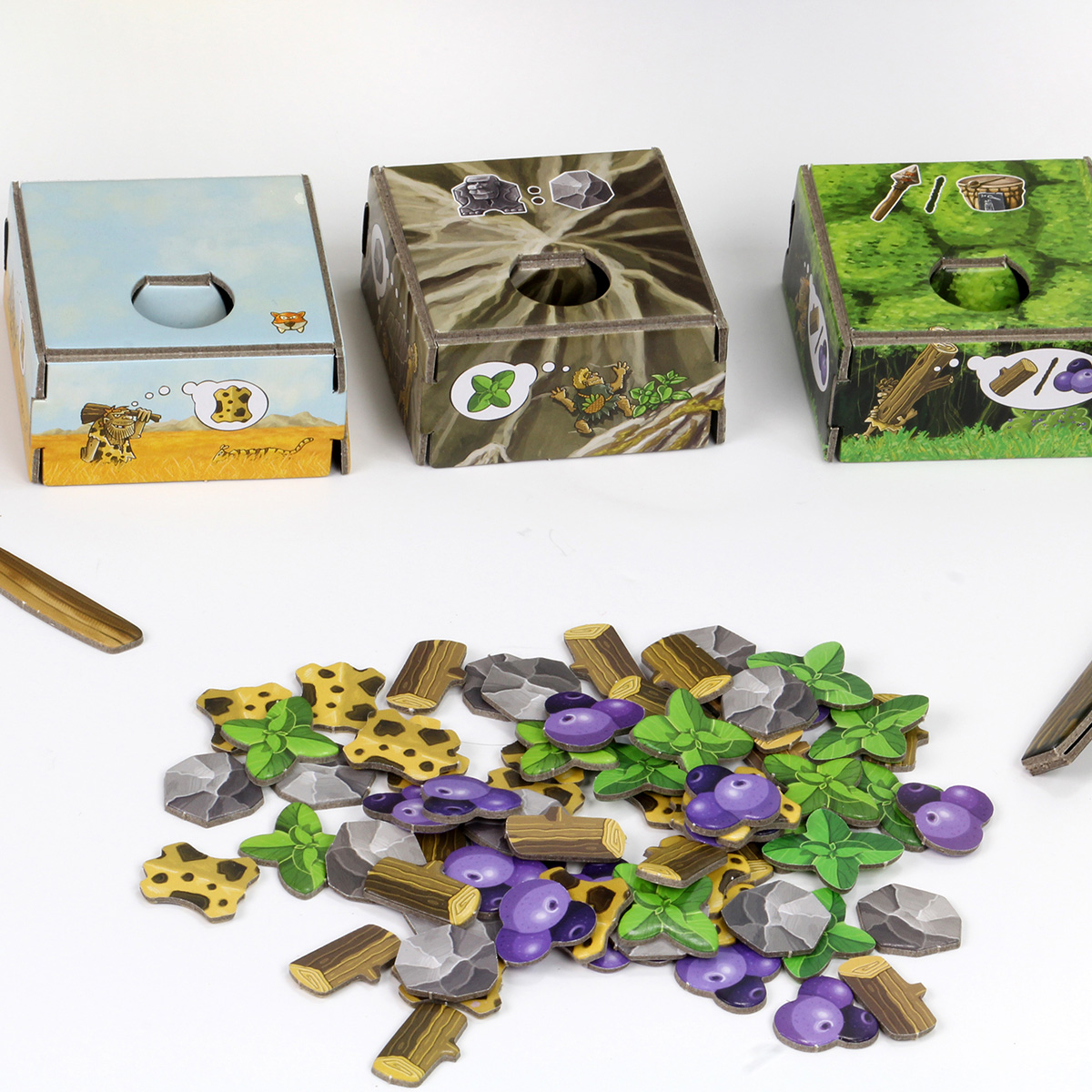 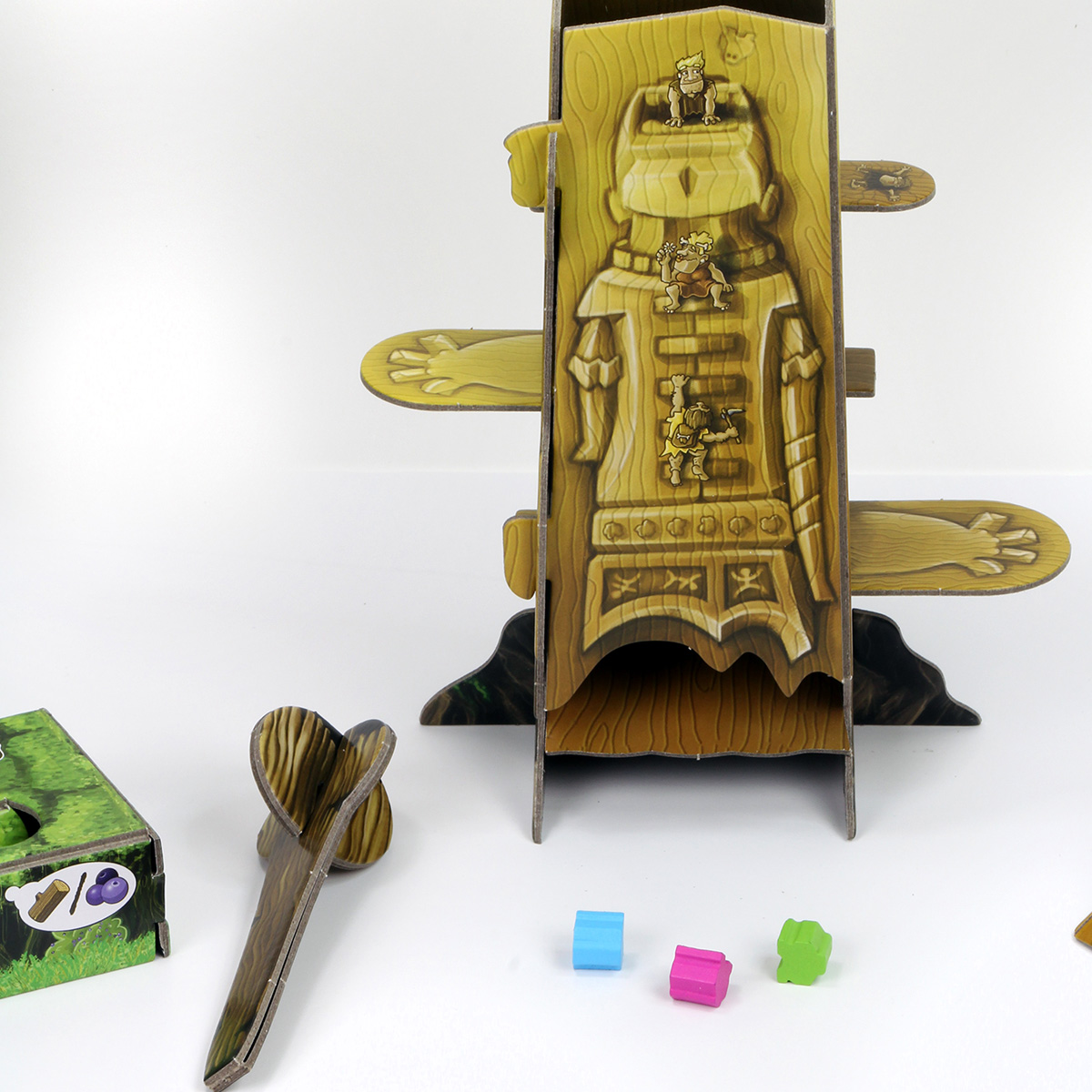 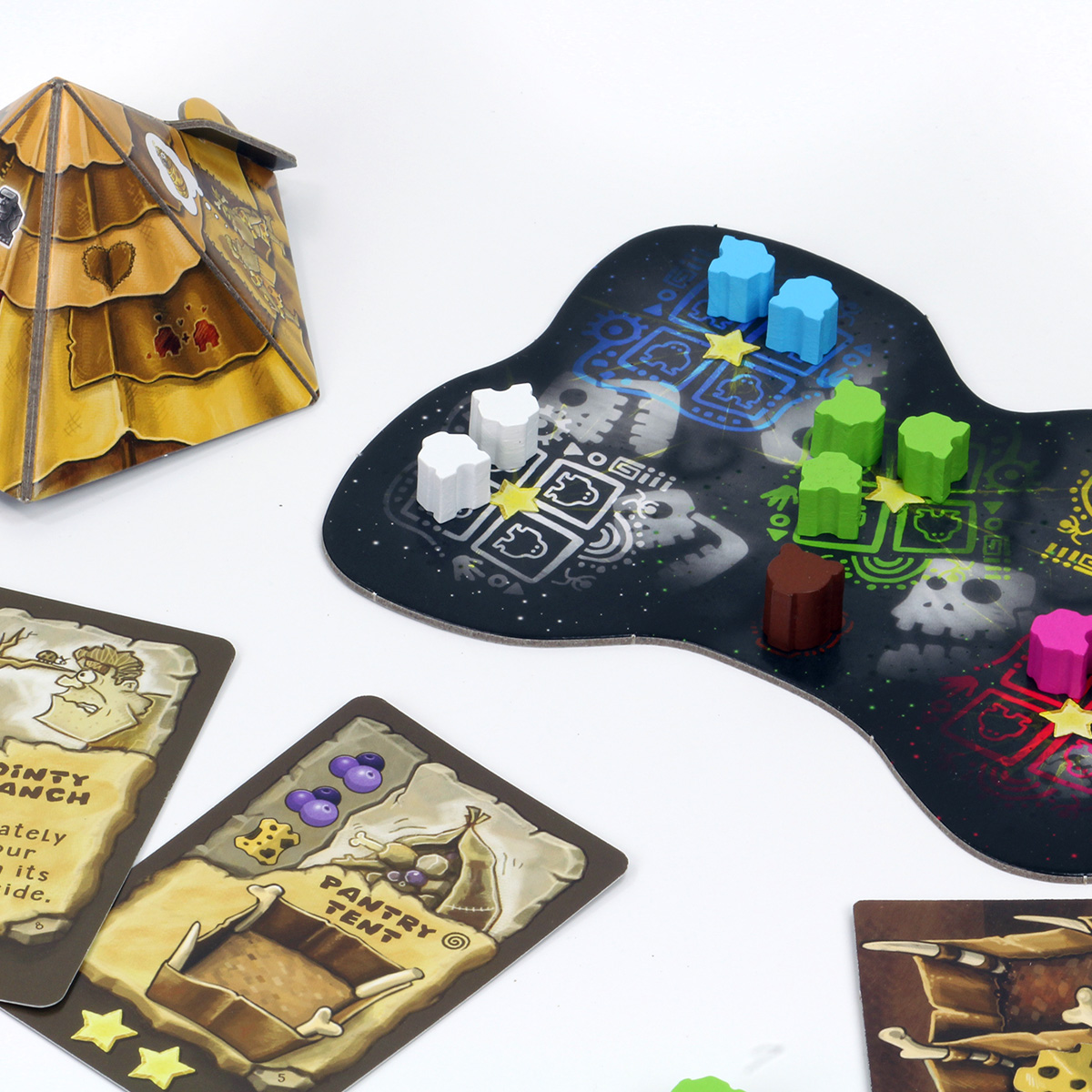 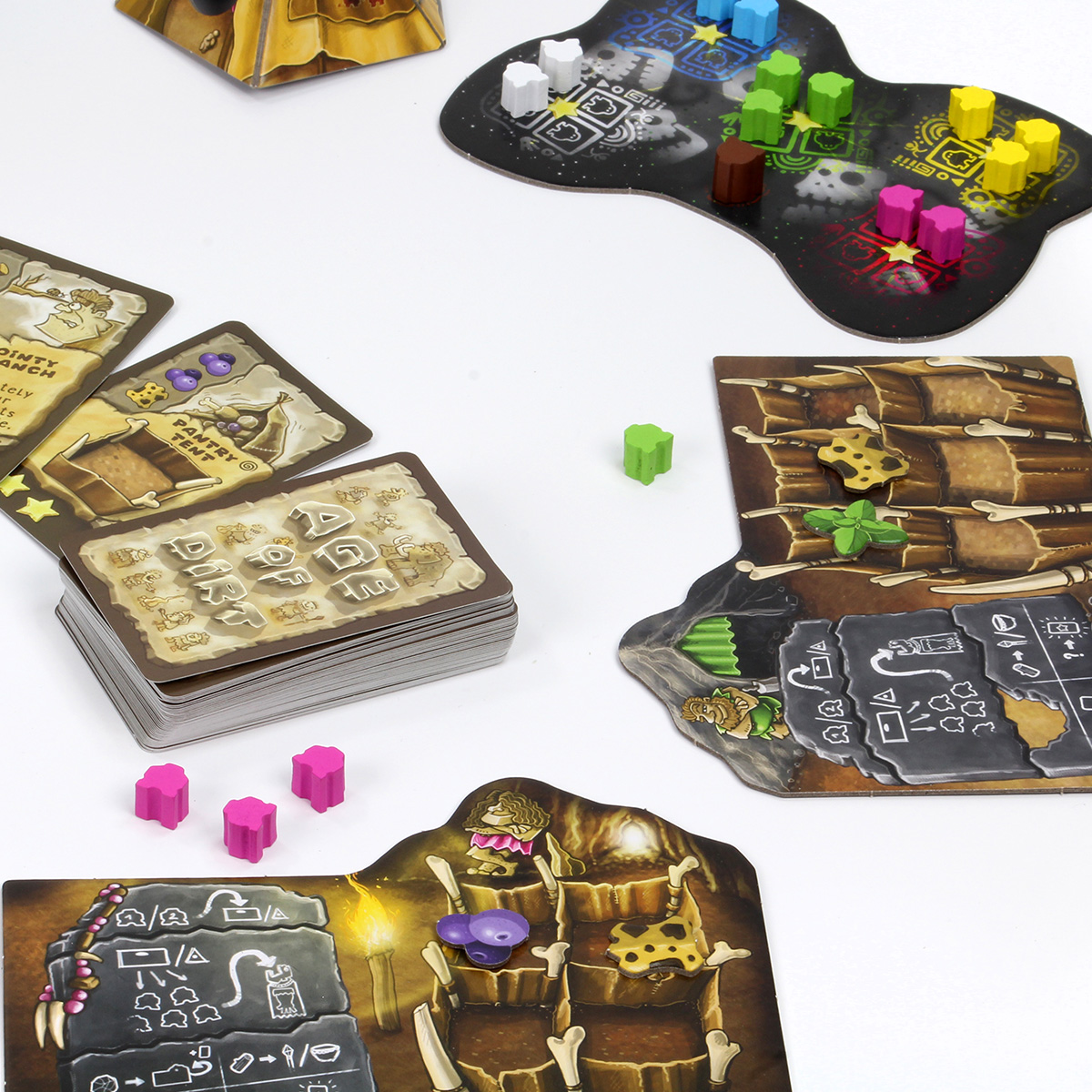 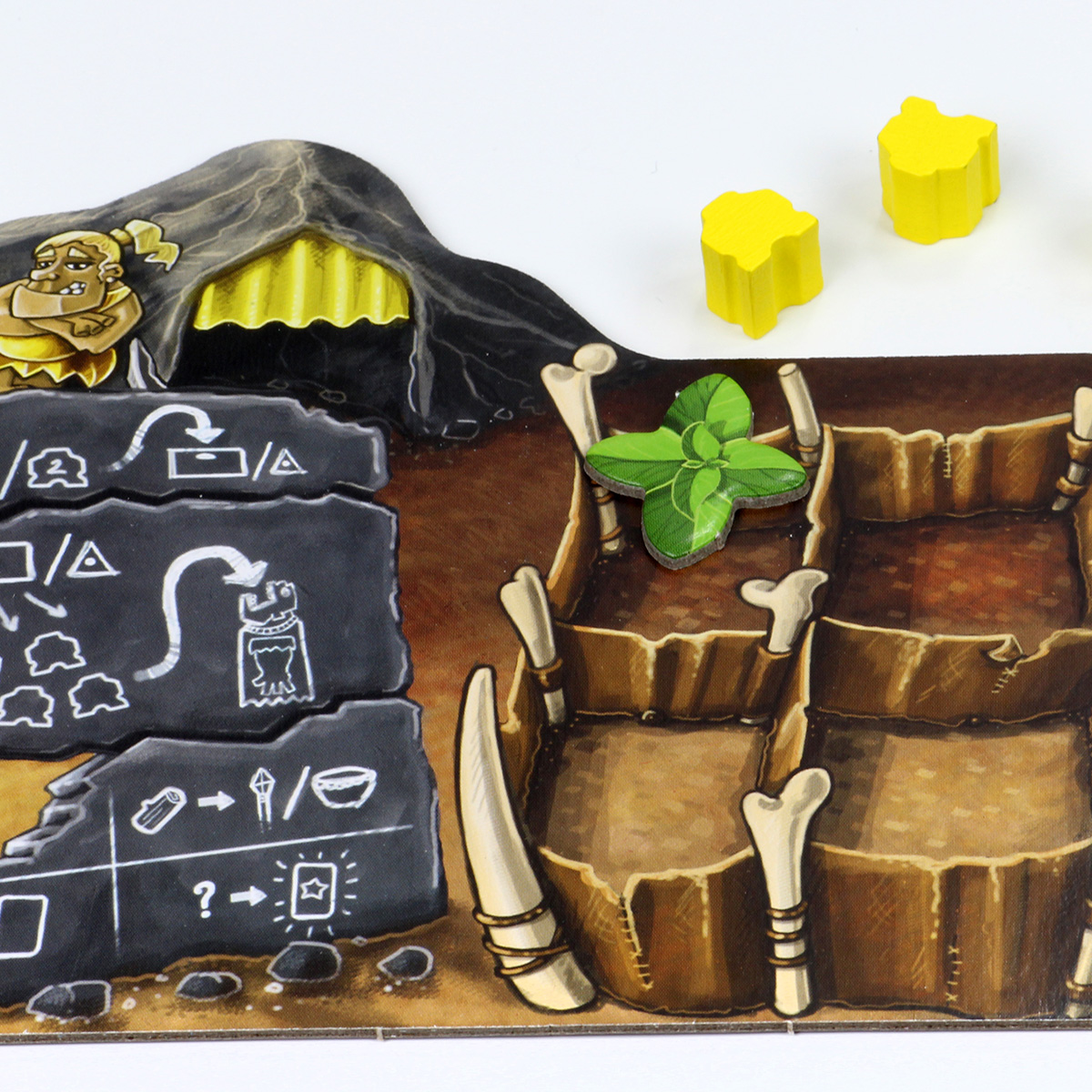