Hillside, NJ – September 18, 2019 – WizKids is thrilled to announce that Three-Dragon Ante Legendary Edition, based on the iconic card game featured in the Dungeons & Dragons universe, is now available in North American game stores! 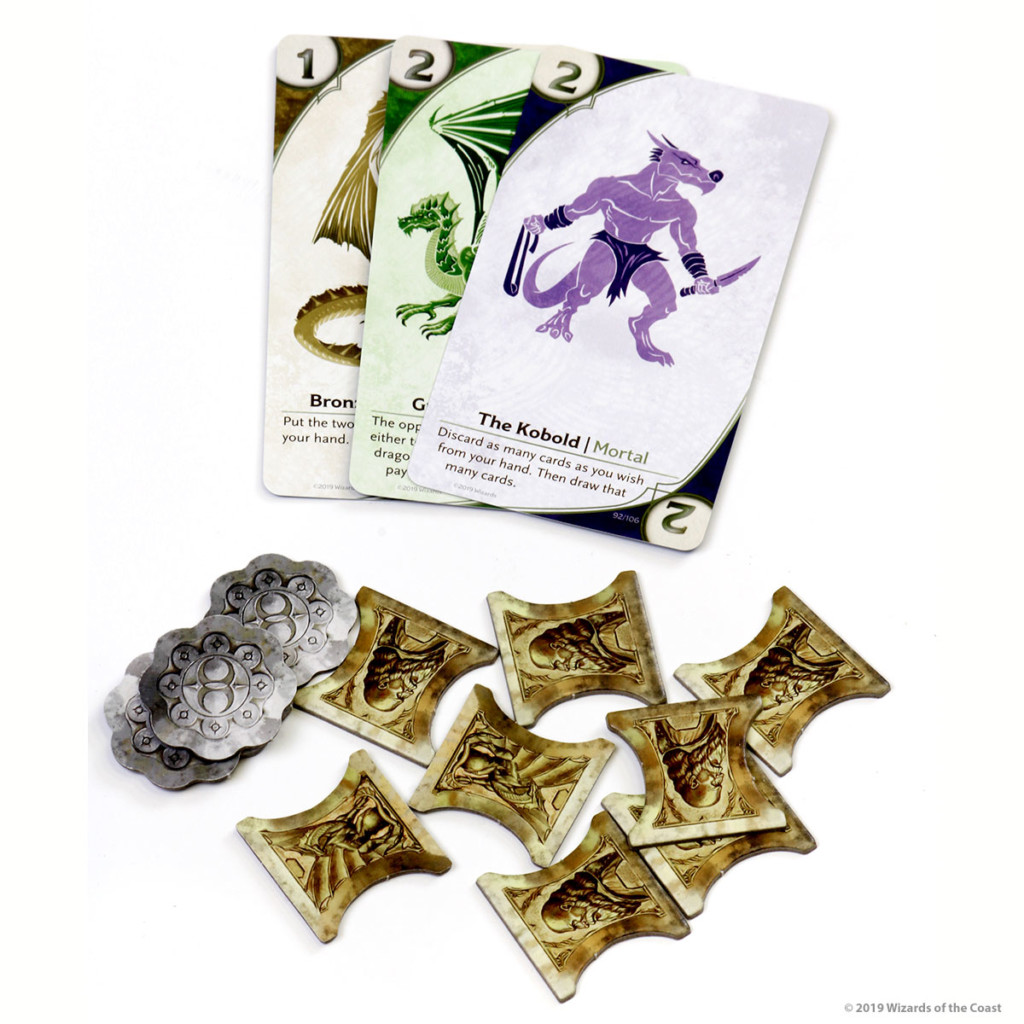 Inspired by the card game brought to our world from the taverns and game tables of the Dungeons & Dragons world, players ante gold into the stakes, hoping to win that gold back by successfully winning three-card gambits. Each player receives 10 gold and 6 cards at the start of the game. At the beginning of every round, players choose one card from their hand and place it facedown in the center of the table. These are the ante cards. Once each player has chosen a card, everyone reveals them at once. The highest-strength card determines how much gold each player has to put into the stakes for the current gambit. The player who revealed the strongest ante card is usually the leader in the first round of the gambit.

Players take turns clockwise around the table. On each turn, a player will play one card from their hand faceup onto the table in front of them, possibly triggering that card’s powers. Cards have a variety of powers that can have significant effects on the result of a gambit.  The faceup cards in front of a player make up their flight. Flights stay faceup until the end of the gambit, and players can receive extra benefits by completing a special flight. Once each player has taken a turn, the player who played the strongest card that round becomes the leader in the next round. After three rounds of play, you score the gambit. The player with the highest total strength in their flight wins the gambit, and takes all the gold in the stakes, adding it to their hoard.

If, at the end of a gambit, at least one player has no gold in their hoard, the game ends. The player with the most gold wins! As an added bonus, Three-Dragon Ante Legendary Edition can be used in your Dungeons & Dragons campaign to settle disputes, make some extra gold, or just pass the time while resting at the local tavern! This fan-favorite game from the world of Dungeons & Dragons is available now, so pick it up at your Friendly Local Game Store or online today!