Hillside, NJ – May 29, 2019 – WizKids is pleased to announce that its new game of kaiju chaos and destruction, Smash City, is now available in North American Game Stores! 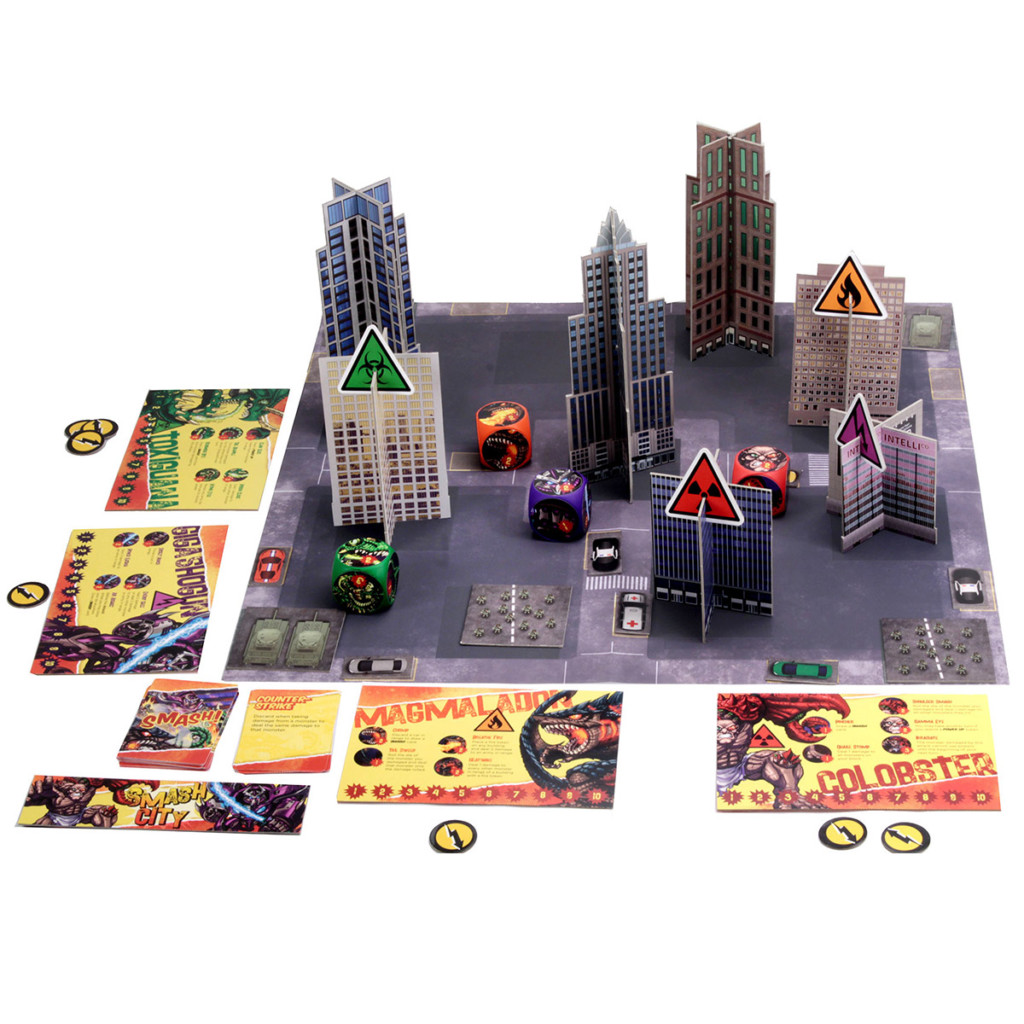 Inspired by the Japan’s ubiquitous kaiju monsters, Smash City takes players on a rampage through an unsuspecting city as they battle for dominance. The game includes three-dimensional buildings that can be knocked over with giant dice as players attack one another in an epic fight to the death. Players will collect Power Up tokens with successful attacks as well as by knocking over certain buildings. However, the city will also put up a fight, with armies attacking monsters who have landed in their vicinity, damaging them.

When a player reaches their last life point, the game ends, and the player who has the most Power Up tokens is the winner. Smash City features 4 unique monsters, including the terrifying Toxiguana and the monstrous Magmalodon. The game is now available, so be sure to pick it up it at your Friendly Local Game Store or online today!