Hillside, NJ – March 26, 2019 –WizKids is pleased to announce the upcoming release of Star Trek: Conflick in the Neutral Zone, a new flicking game based in the iconic Star Trek universe! 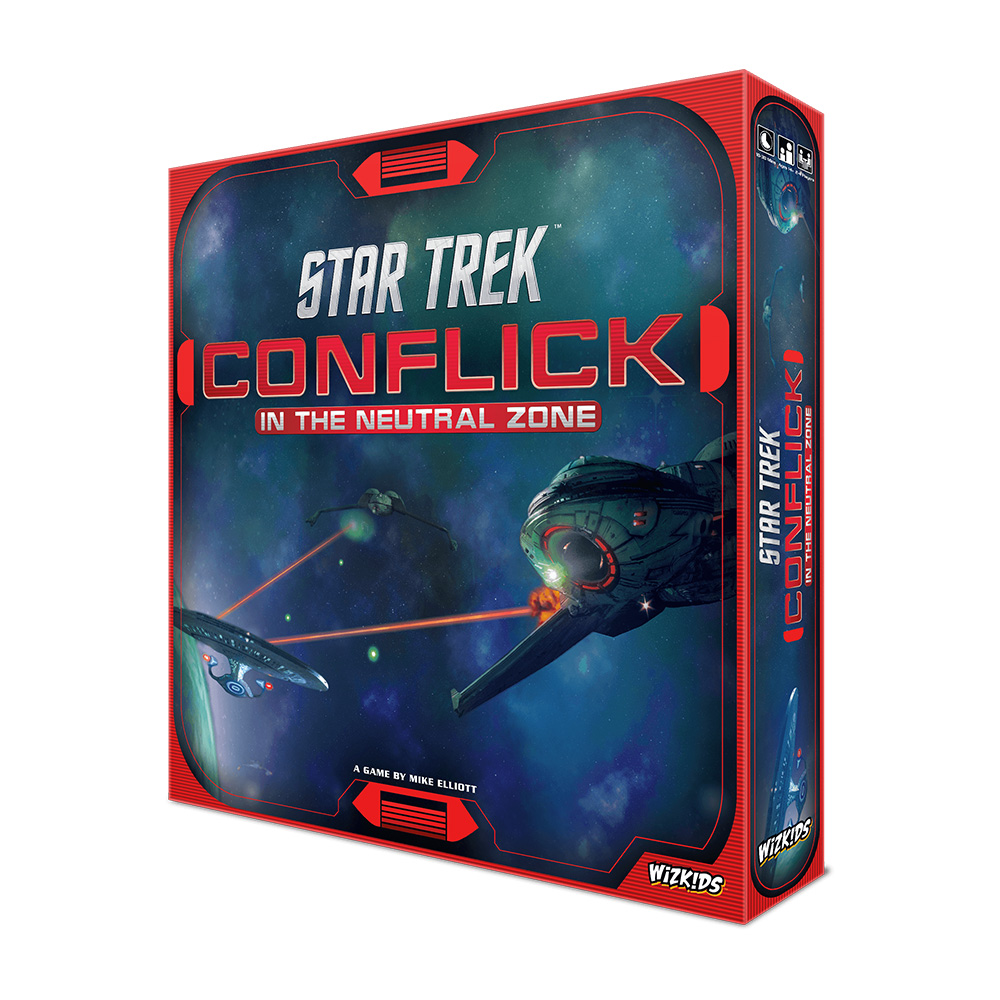 In this 2-4 player game, players will take the helm of either Klingon or Federation ships, battling for control over the Neutral Zone, where planets rich in Dilithium Crystals have been discovered. Players will collect energy resources, buy more ships, and acquire command points in order to take control and win the game!

Each turn, players will take a variety of actions including collecting Dilithium Crystals, moving throughout the board, and attacking other players by flicking discs, representing ships, across the board. Additionally, Asteroids can be moved in order to obstruct an opponent’s progress, bringing you closer to victory!

The game ends when a player has collected 10 Command Points and all players have had an equal number of turns. The number of Command Points required to end the game can be adjusted in order to make the game shorter or longer. The player with the most command points wins the game.