Help or Hinder Nicol Bolas on His Quest to Conquer Ravnica in Magic: The Gathering: Ravnica Inquisition—Coming Soon! 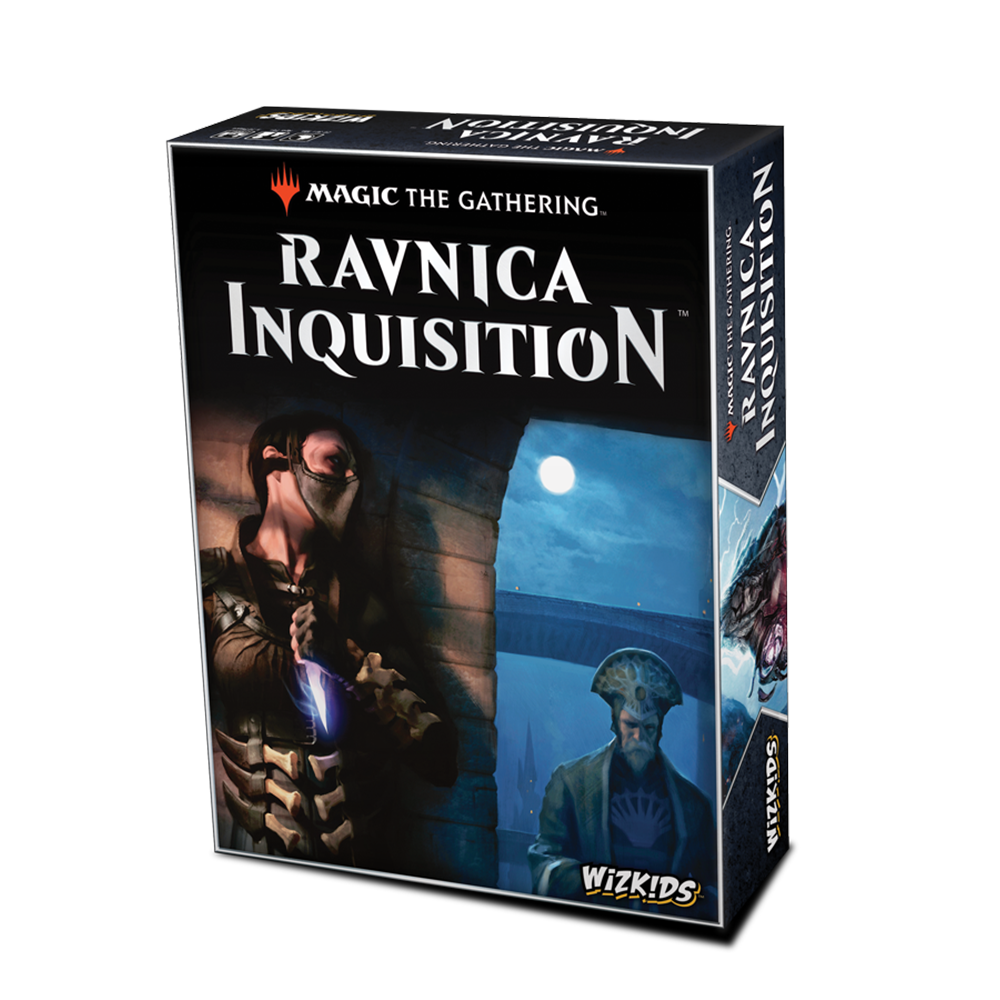 This 5-to-10 player game has players take on the roles of Agents of Bolas, who seek to bring their master to power, or Gatewatch Loyalists, who seek to protect Ravnica from his influence. Players will receive a role card indicating their loyalty, which is hidden, as well as a guild cards, which indicate the player’s color.

Play continues until the last card has been drawn, in which case the Final Round begins. Players will decide who should be killed and the players who were elected Leader during the previous rounds will vote. The player with the most votes is killed. If at least two Agents of Bolas are dead, the Gatewatch Loyalists win! Otherwise, the Agents of Bolas win.

Magic: The Gathering: Ravnica Inquisition is scheduled for release this June and will thrill players with its combination of thematic gameplay, exciting deduction, and thrilling mystery. Pre-order at your Friendly Local Game Store today!