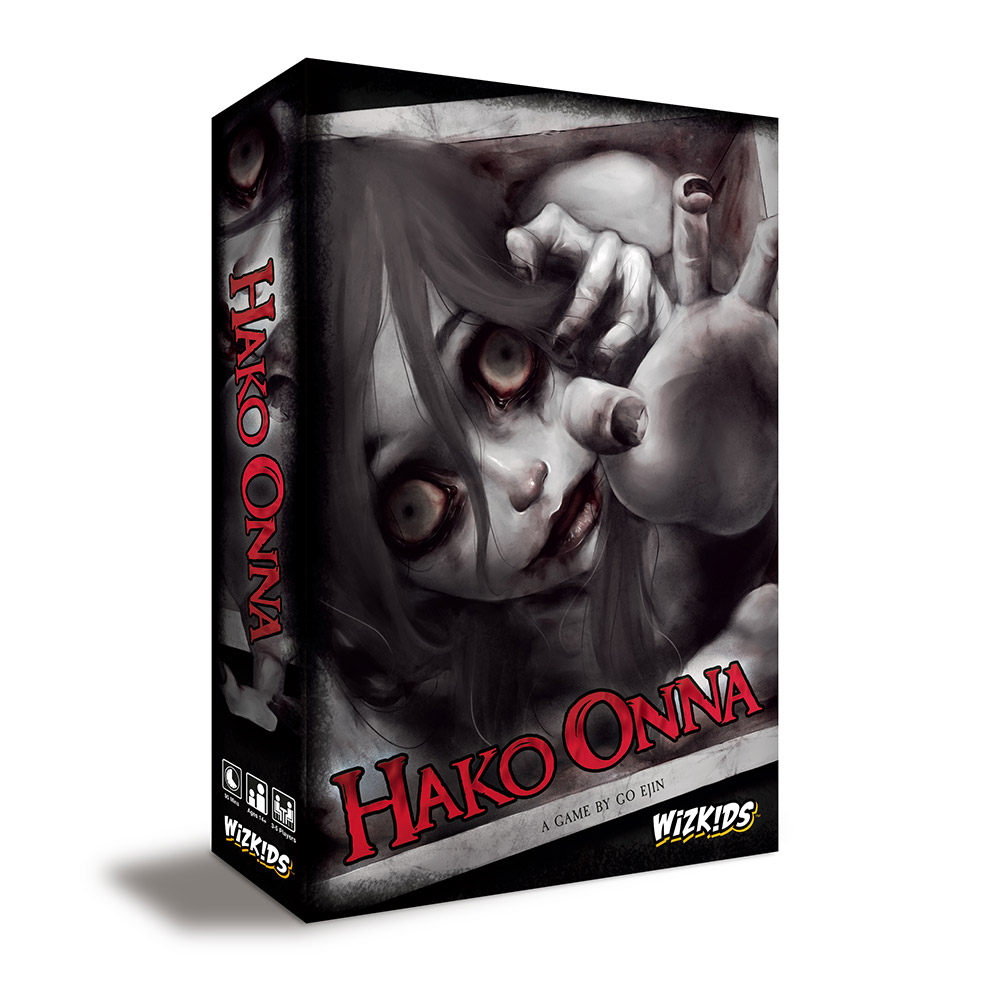 In this excitingly atmospheric asymmetrical dexterity game for 3-5 players, one player becomes the Hako Onna, or “Box Woman,” haunting the house where her spirit resides and eliminating all who encounter her. The rest of the players are Visitors, trapped in the house with this vengeful spirit, and must either escape or defeat the Hako Onna once and for all.

After building the house via randomly connecting 9 Room Tiles, Visitors explore, searching for items that will allow them to safely exit the house or lay the Hako Onna to rest. But they must be cautious- the Hako Onna is travelling through the house too, and players who encounter her are immediately killed, becoming Hakobito—servants of the sinister Hako Onna.

This wicked shadow is attracted to sound, so each turn, players must stack a noise disc. The stack grows with each player’s turn, and if the stack collapses, or if a fifth disc is placed on the noise tile, the Hako Onna awakens and immediately takes a turn. The Hako Onna may secretly move throughout the house on her turn— travelling to an adjacent room tile and masquerading as one of the many objects scattered throughout the room by switching that story tile with her own tile. She may also draw power cards in order to use them later by “crying out,” revealing her general location in order to draw a new card.

Visitors also have a variety of actions they can take- after adding a noise disc to the stack they may move to an adjacent room or search one of the story tiles in their current room. Story tiles may feature items which will help bring the visitors closer to victory, but they can also encounter the Hako Onna herself or one of her Hakobito servants, resulting in immediate death.

If the visitors successfully lay the Hako Onna to rest, or collect the keys to the house and locate the secret exit, they safely escape and win the game! But if all players are killed before they can complete their objectives, they meet their doom at the hands of the Hako Onna and are cursed to remain in the house with her…forever. Face your fears and preorder Hako Onna at your Friendly Local Game Store today!