Put the FUN in Dungeon with Fungeon Party – Available Now!

Over 60 wacky quests await the brave adventurers travelling through the corridors of the Fungeon, including bouncing dice into the box, knocking down a meeple surrounded by dice, balancing a meeple on a stick, and many more! 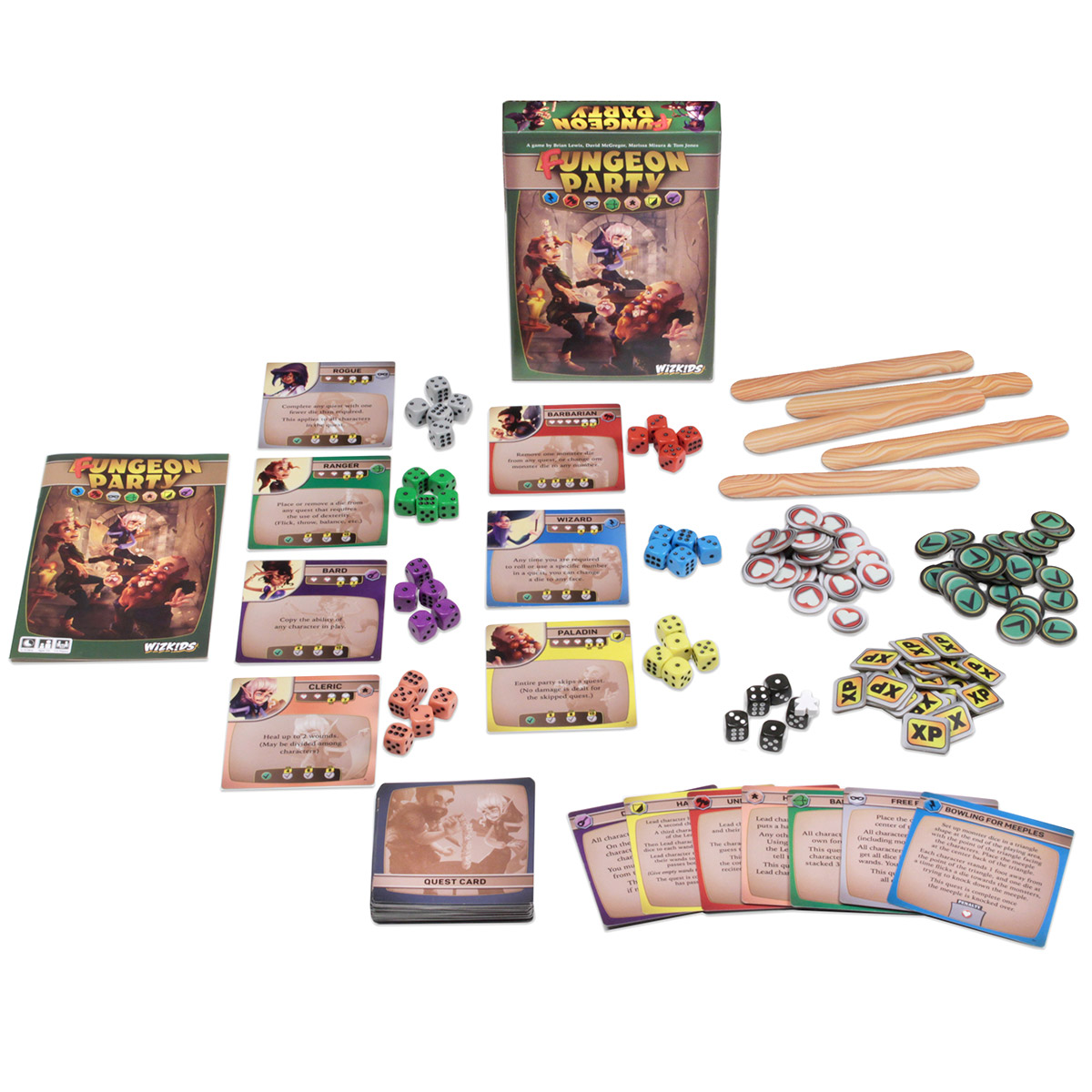 Gather your party and check out this quick, easy, and FUN game to learn and play! Pick up Fungeon Party at your FLGS  or online today for $29.99!