Hillside, NJ – May 16, 2018 – Wizkids is pleased to announce the release of its card-based party game, Letter Go! Designed by Marcus Ross and Cara Ryan, three to six players write words on their white board using the available letter cards but score points only for the cards they are able to claim before their opponents!

Before play starts, everyone gets a white board, dry erase marker, and two consonants that they keep hidden from the other players. In the center of the table, vowels are displayed equal to the number of player. Also, numbered tokens, again equal to the number of players, are placed within reach. On the count of three, the 60-second egg timer is flipped, every player reveals their consonants, and the game begins! Write a word that’s four letters or more using the vowels in the center and your opponents’ letters, NOT your own!

Simply writing words down isn’t the only thing happening in this game. Every round, two Rule Cards are drawn, and they MUST be incorporated into your word! Will you have to write your word backwards? Maybe you’ll need to draw an eye whenever you write an “E”. You might even have to sign your name on your opponents’ white board! Each letter of the alphabet has two rules associated with it, so there are countless combination of crazy antics! 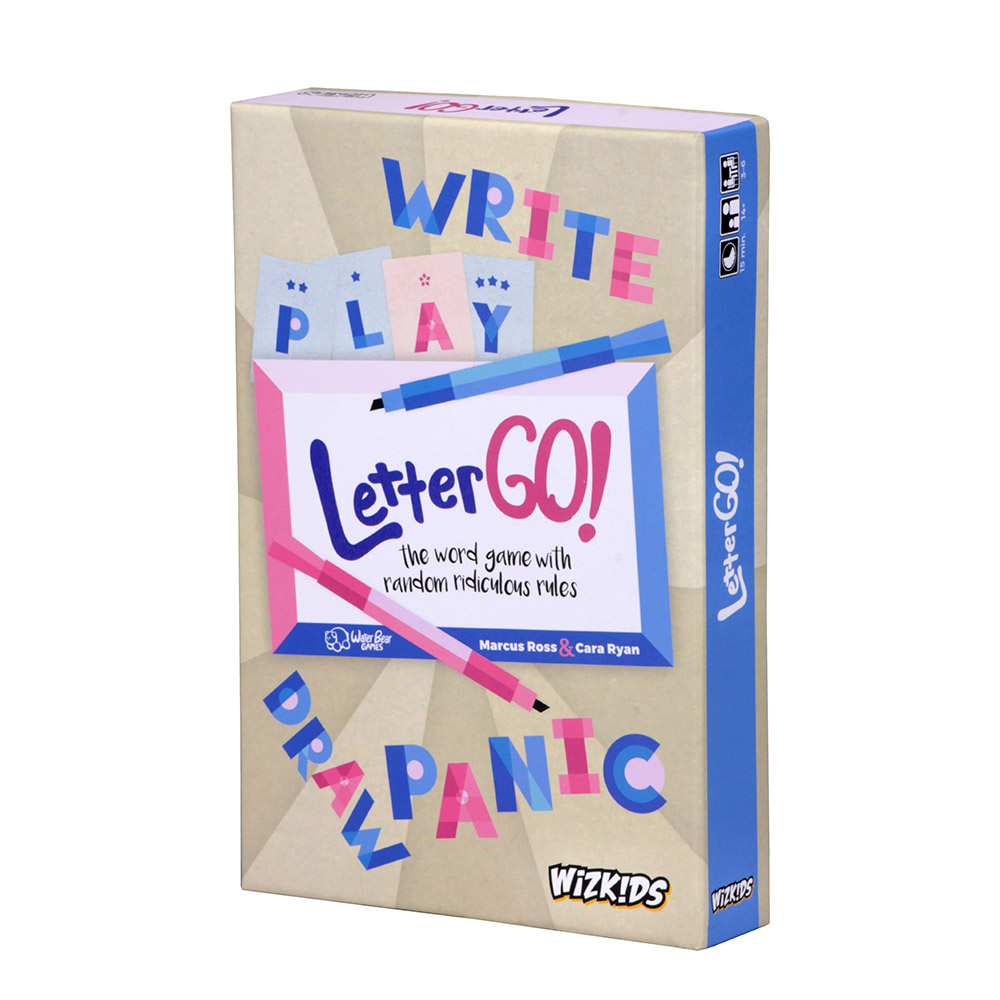 Write your word, complete the Rule Cards, then grab a scoring token! This determines who scores first once everyone is done with their word. The point value of each letter is indicated by the number of stars above it. The player that took the 1-token scores all the letters in their word. Vowels are worth nothing or -1, depending on the game variant you choose to play. Play continues for 5 rounds, and whoever has the most points at the end WINS!

Are you ready to enjoy some wacky word play? Then head over to your Friendly Local Game Store to pick up Letter Go! for $24.99 T-O-D-A-Y!