Hillside, NJ – March 9, 2018 – WizKids is excited to announce several upcoming board games, all of which will be on display with playable demos at the GAMA Trade Show in Reno, Nevada. 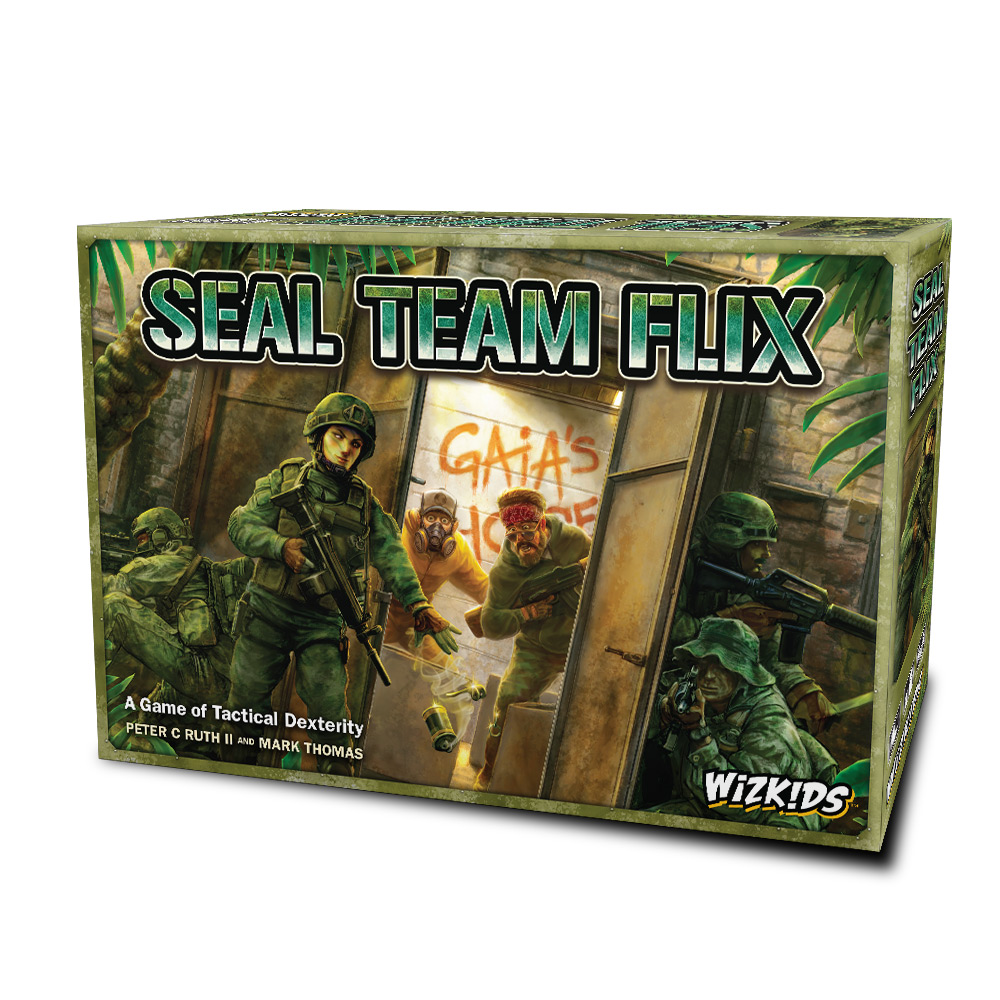 SEAL Team Flix, designed by Peter C Ruth II and Mark Thomas, is a fully cooperative or solo tactical dexterity game that pits 1 to 4 players against an eco-terrorist group. Players will travel through modern, urban landscapes, such as an office building, warehouse, bank vault, and others. This game has a prominent dexterity factor that emulates the importance of skill.

The game can be played two different ways. In Campaign mode, players embark on non-linear, 8-mission runs, each with primary and secondary objectives that need to be resolved. For a quicker game, Skirmish enables players to pick up and play any of the 17 missions available. While you are given information at the beginning of each mission, every game will be different because your objectives will be in different places and you never know where patrols will spawn.

What do you call a fun dungeon? Why a Fungeon, of course! In Fungeon Party, 2 to 5 players take on the roles of classic dungeon adventurers such as Thief, Wizard, or Warrior, and work together to complete quests.

Each quest adds 30 seconds to the game time, and an average game uses 6 quests making this a quick, easy, and FUN game to learn and play! Stack dice on your forehead, bounce dice into the box, knock down a meeple surrounded by dice, balance a meeple on a stick. These and many more wacky quests await a traditional dungeon party in a truly untraditional dungeon-crawling experience. 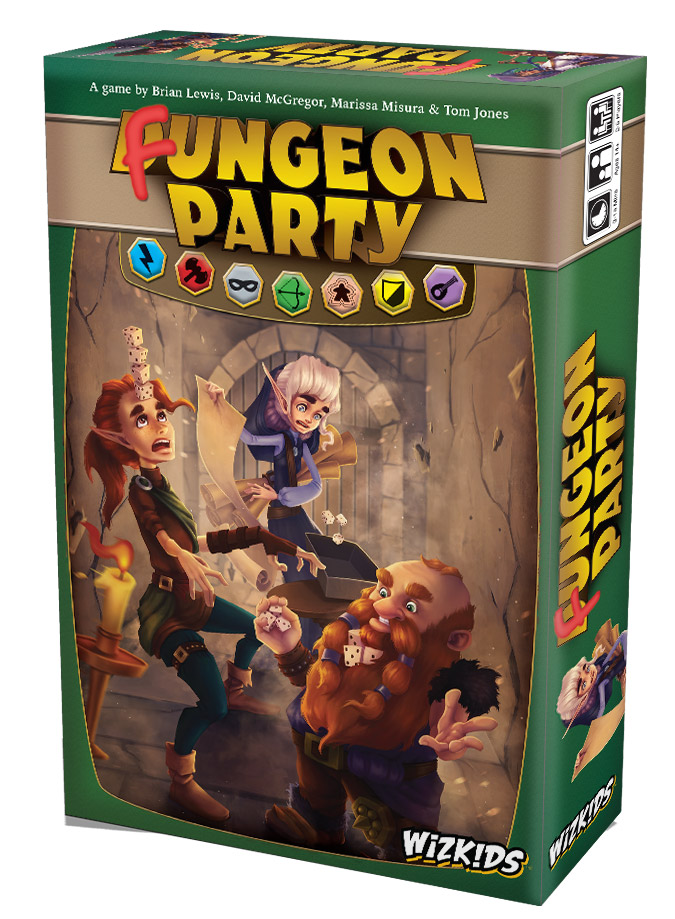 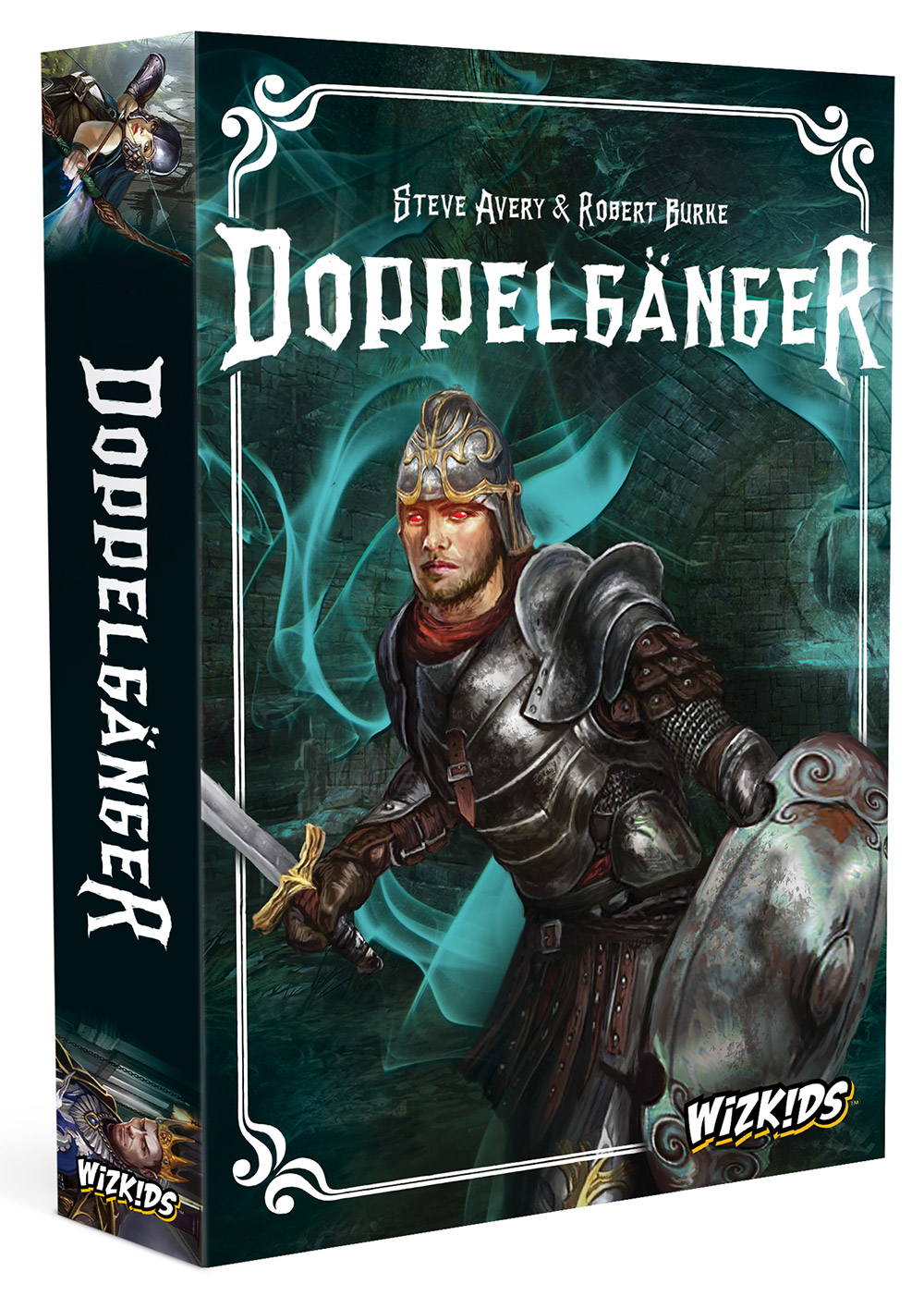 Doppelganger, designed by Steve Avery & Robert Burke, is an adventuring party card game that has a traitor mechanic. One or more of the players are evil doppelgangers trying to stop the party from finding three Artifacts of Light.

4 to 8 players are tasked with completing quests, but among them are those trying to sabotage the party. Players secretly throw cards into the mix and choose dice to use in the impending battles. The Loyal teammates will use bows, swords, and magic to accomplish their goals, while the doppelgangers attempt to cause a mission to fail, thus bringing harm to the heroes. In this game of deception and misdirection, who do you trust to take with you on your quest?

Put your espionage skills to the test in Spy Tricks, a trick-taking game designed by Susumu Kawasaki. Players will act as spies from various countries trying to guess the contents of secret documents. 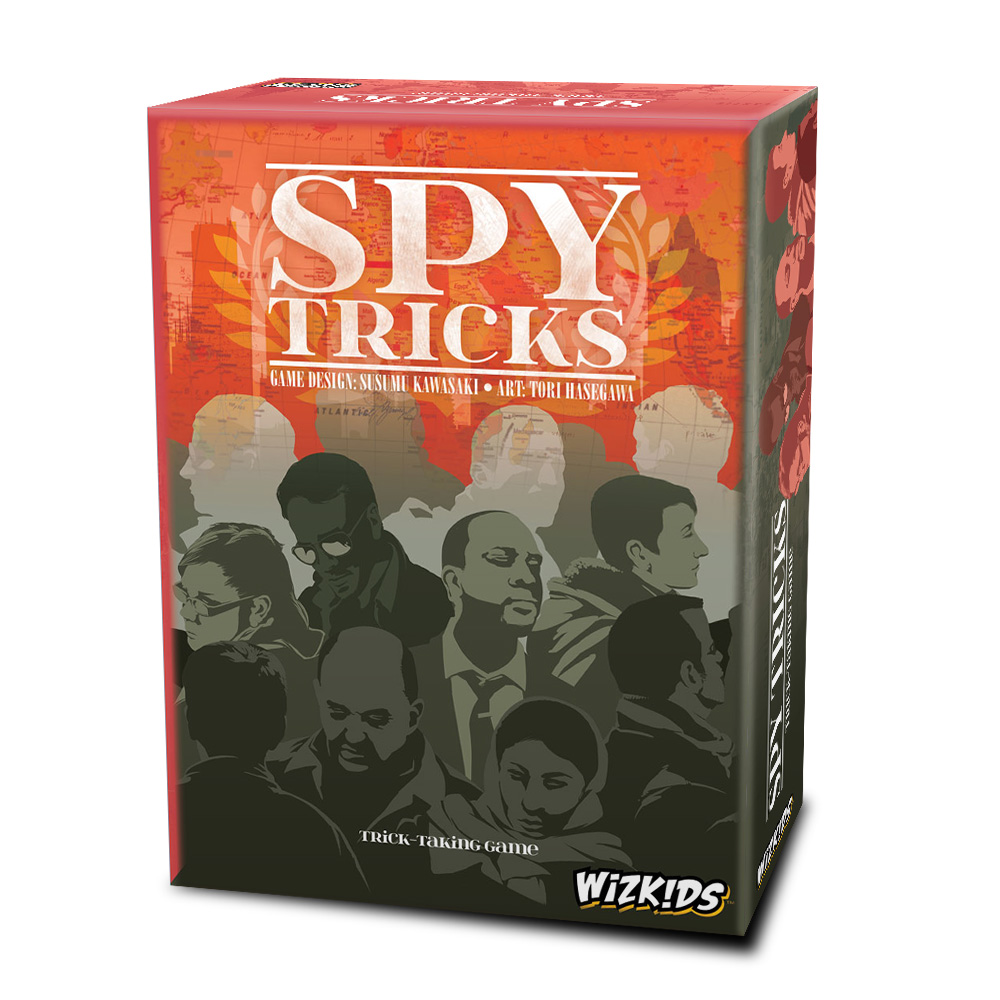