Survive the Pass and Defeat the Endless to Earn Glory in WizKids’ Upcoming Release, Endless Pass!

Hillside, NJ – February 14, 2018 –WizKids is pleased to announce the card-based adventure game, Endless Pass. Designed by Nuria Casellas, two to six players take on the role of a Viking, either nameless or a Legendary Hero, and explore the Pass while not only fighting the never-ending hoard of Endless, but rival Vikings as well. The goal: Eternal Glory!

When a Viking chooses to Search the Pass, they draw cards from the Pass Deck. These can be useful items, or dangerous Endless. Using Action Cards, a Viking fights back, killing the beast and earning a Glory Point, Evade, or Block. The later 2 means that though the Viking is safe, the Endless continue on the path to the next player.

What does a Viking do when there are no Endless to fight? They attack another Viking, of course! Swing a sword or throw bombs at another in an attempt to steal Glory or Health. Be cautious, a good Viking won’t go down without a fight, ready to defend and retaliate at a moment’s notice. 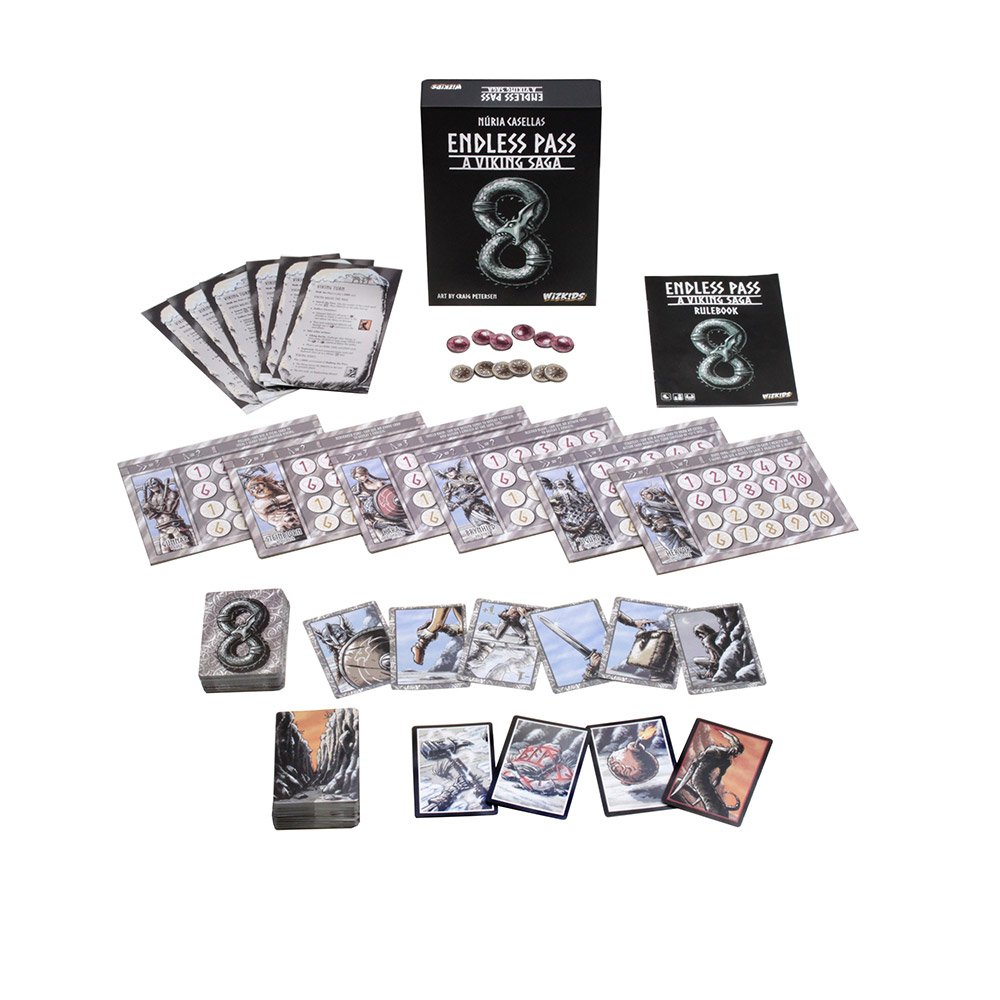