Hillside, NJ, Feb. 3, 2016 — New Jersey-based game developer and publisher WizKids announced this week that Zev Shlasinger, formerly of Z-Man Games/F2Z Entertainment has joined the team and will head up its expanded Board Game operations.

“We’re excited to have Zev join the WizKids team. I’ve known Zev for years and always had my eye on him for a position with the company,” said Justin Ziran, president of WizKids. “Zev’s track record of success and his entrepreneurial spirit make him a natural fit with the team and we look forward to expanding our innovative board game offerings in new and unique ways.”

Zev founded Z-Man Games in 1999 and its first publication was the rebirth of the Shadowfist CCG. In 2001, Z-Man released its first non-collectible game, Grave Robbers from Outer Space, and the company set a new path from thereon. Delving into card games, innovative games (Warchon), RPGs, and then board games, Z-Man set a standard of quality and quirkiness. The eclectic publishing philosophy led to such releases as Pandemic, Agricola, Tales of the Arabian Nights, Saboteur, Endeavor, Merchants and Marauders, just to name a few among nearly 200 releases. In 12 years, Z-Man Games published original and licensed games to households all over the world and became a company held in high esteem in the board game industry.

In 2011, Zev sold the company to the owner of Filosofia Editions, and continued working on acquiring and developing games for Z-Man Games (which later became part of F2Z Entertainment). Some of the games discovered/developed during his time with F2Z include: Tragedy Looper, Chimera, Clash of Cultures, Terra Mystica, Dragon Farkle, to name a few. 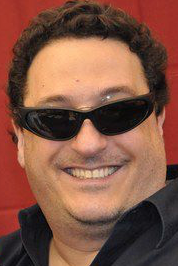 “I plan to continue to bring original and unique ideas to market with the help of the WizKids team,” said Shlasinger. “They are very serious about building a board game business and are not afraid of good, fun, original ideas. In addition, WizKids has an amazing portfolio of licensed properties to enhance their board game presence in the industry. I think our combined qualities make a formidable team.”