While attempting to obtain new technology from a ship that is in an orbital facility near a gas giant in the Vintaak system, your fleet is set upon by an enemy fleet. As the battle progresses, the Tholian ships in the area begin to form their energy web around your fleets.

Can you evade the Tholian Web and defeat your opponent? 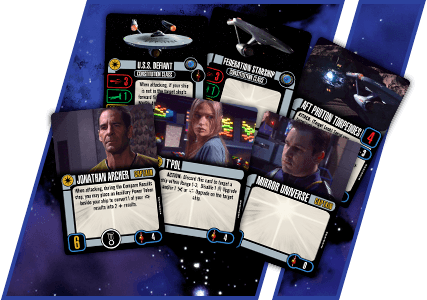 Each In a Mirror, Darkly Monthly OP Kit includes:

Find a local game store that is running the Star Trek: Attack Wing: In a Mirror, Darkly Organized Play event series at the WizKids Info Network.