While heading towards the disputed Sherman’s Planet after a shore leave on Deep Space Station K7, your fleet is set upon by an enemy fleet that was also at the space station. Both fleets have brought some tribbles on board their ships from the station.

Will the small creatures cause problems for your fleet during the battle? Or will they help your ships to achieve victory?

Find out on the tabletop in the Star Trek: Attack Wing: The Trouble with Tribbles Organized Play. 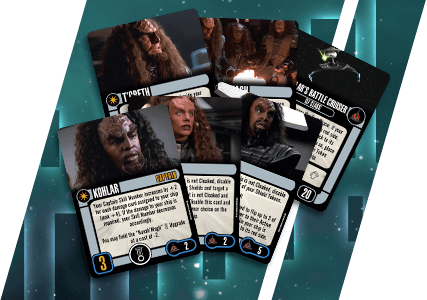 Each The Trouble with Tribbles OP Kit includes:

Find a local game store that is running the Star Trek: Attack Wing: The Trouble with Tribbles Organized Play event series at the WizKids Info Network.