We recently ran a survey to gauge fan feelings about new alternate formats for Dice Masters. We appreciate the positive feedback we received. It was so positive in fact, that some of our upcoming National Championship events have opted to utilize one of the formats we outlined – Global Escalation.

Originally, we stated that Global Escalation would disallow cards that made the Finals of specific events, but didn’t have a Global Ability. While that was a good starting point, additional playtesting has revealed that the format needs some additional tweaks to provide a positive play experience. We wanted to provide some of the rationale to the changes, as well as answer a question we received about the format. 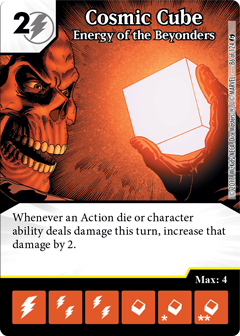 Some fans have observed that we included Cosmic Cube on the ban list despite it not making the finals of one of the specified events. That is because it was banned from this year’s US National Championships, and the unhealthy environment it promotes would still exist in the Global Escalation format. Furthermore, some of the cards that would help you slow down or outrace a Cosmic Cube team have been eliminated from the format. 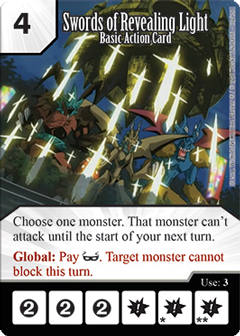 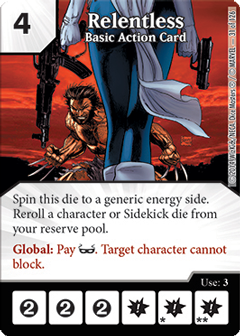 Swords of Revealing Light and Relentless were previously banned in Modern Age, specifically because of their Global Ability. We are banning them for the Global Escalation format. The other cards that we’re allowing because of their Global Abilities help a variety of teams flourish or keep up with quick teams. Instead, the consequence of this Global Ability being in the format is that some teams are able to render blocking meaningless for very little cost or effort. Even though cards were released after Swords and Relentless were banned that help defend against them (like Elektra: Way of the Stick) some of those cards aren’t allowed in this format.

Question: Will additional cards be banned as a result of National Championships utilizing the Global Escalation format before 2018 Dice Masters World Championships?

Until next time, keep rolling!