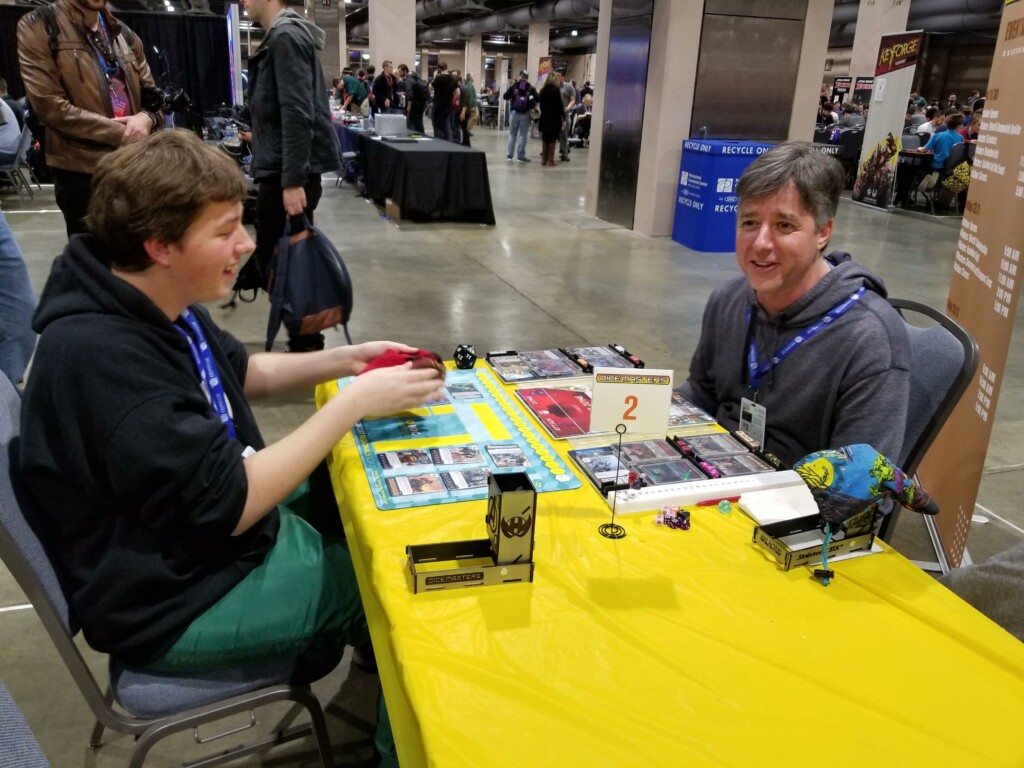 Arge and Lucan at the 2018 Dice Masters World Championships

Arge’s son Lucan is a big gamer. Arge wasn’t. He was familiar with Chess but wasn’t into collectible gaming. Lucan found out about Avengers vs. X-Men on The Dice Tower, and he knew his Dad (a comic collector as a child) would probably enjoy playing with him. They bought some Avengers vs. X-Men, bought some Uncanny X-Men, and they were hooked. They saw the inserts in the packs that said, “Find your local store!” and they did. Things haven’t been the same since.

Arge and Lucan would connect with some championship level players in their local scene and go on to build tons of teams, play hundreds of games, and start to hit the road for events.  Lucan never expected to travel the country with his Dad playing Dice Masters at the start of the adventure!

Even though they enjoy playing at home, a majority of Arge and Lucan’s games are played at their local store (shout out to Comic Hero University in Fullerton CA, It’s GameTime! in Culver City CA, and All Ways Gaming in Chatsworth CA).

There are a handful of formats that Arge practiced getting ready for World Championships, but one of his favorites is 10/10 Format. There are some formats that he didn’t get to play much this weekend but is eager to experiment with when he gets back to California. He might be a little jealous of the players who got to play in the Preview Draft, but he isn’t one to complain!

The biggest recommendation that Arge would have for people is that you shouldn’t be nervous about taking your rookie-level skills to your local game store. Whether you’re a preteen hanging out with your Dad or nearly retired enjoying a hobby, there’s a place for you to come hang out at your local Dice Masters store. 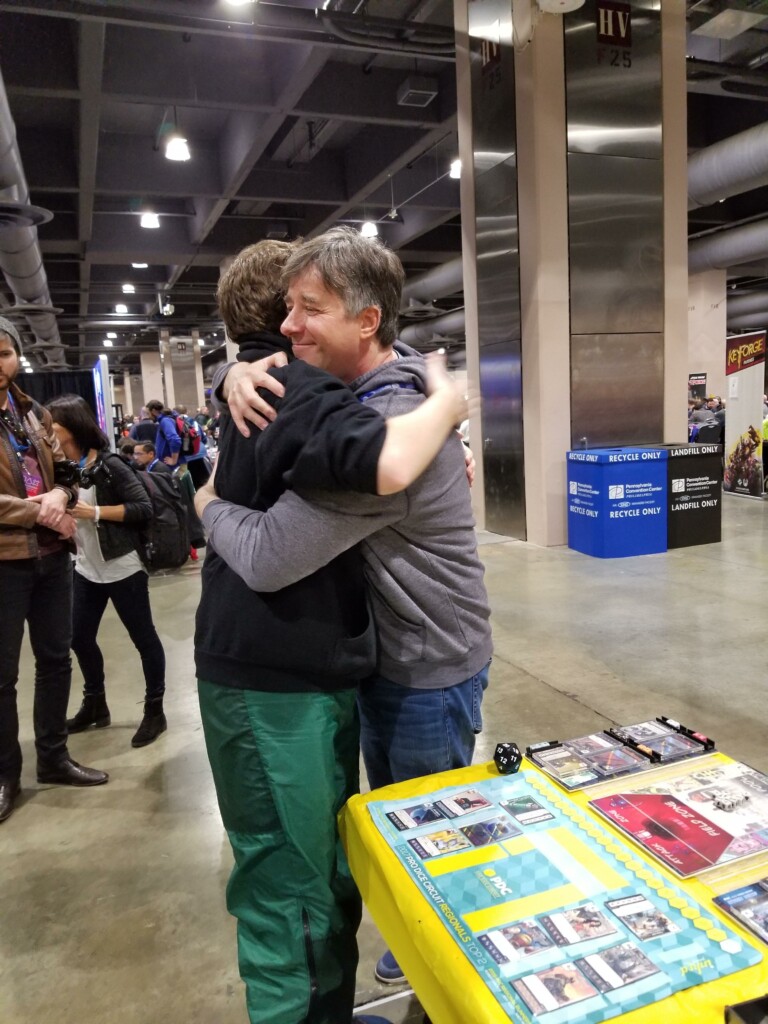 Arge, hugging his son Lucan after beating him in the finals of the 2018 Dice Masters World Championships