In 1954, with an explosion over a hundred thousand times more powerful than even the wildest estimates, the Castle Bravo nuclear test obliterated the Bikini Atoll, and ruptured the Earth down to its mantle.

As water levels rose in the aftermath, the remnants of humanity fled their homes and took to the sea. World leadership came together to build a massive Flotilla, mankind’s last bastion of civilization.

Now, ten years after the disaster, the Flotilla is home to the very last of us.

Flotilla features two distinct and interwoven modes of gameplay, as you try to outpace your opponents in bringing prosperity to humanity’s new home. You begin the game as a “Sinkside” Fleet Commander, commissioned by world leaders to explore the new face of the ocean, scour the depths for resources, and rescue any survivors you come across. At any point in the game, you may choose to turn “Skyside,” by selling your skiffs, and leaving your seafaring life behind to now grow the Flotilla itself.

The choice of if or when to switch from a “Sinkside” explorer to a “Skyside” settler defines the very core experience of Flotilla. They represent two similar but distinct game experiences, utilizing the same game components, seamlessly intertwined among all players. If you switch, you’ll flip over all of your accumulated game components, watching your crew grow into new roles with new art for the same characters, while finding entirely new uses for your ocean tiles and resources, and beginning to trade with the “Sinkside” players as you go after new objectives. As players turn “Skyside,” different niches are filled, forever changing the game’s economy. Mastering this ebb and flow will be critical if you’re to shape the new face of humanity!

As a “Sinksider,” you will explore the ocean with your skiffs, pulling some of the 92 hexagon-shaped ocean tiles out of a bag, and arranging them to help you effectively collect resources, discover valuable artifacts from the sunken civilization, all while trying to avoid toxic radiation left from the disaster. You’ll dive for supplies, rolling a pool of custom dive dice that vary based on the depth level of your skiffs. You’ll also carefully manage your resources, trading them on the open market for the currency you can use to buy more skiffs and outposts, or stockpiling them for when you turn “Skyside.”

As a “Skysider,” you will use your resources to build an expansive network of watercraft and docks, using the “Skyside” of your ocean tiles. Your divers will also have new jobs as researchers, rolling custom, multicolor Research dice, to discover new technologies that allow the Flotilla to manage a growing population. You’ll also build Sonar stations, making life a little easier for the “Sinksiders” still out exploring the unknown, while earning quite a few points for yourself.

On both sides, you’ll also grow your relationships with the four different governing guilds, each giving you unique bonuses and more powerful crew. The players with the strongest relationships will also earn valuable points at the end of the game!

The components in Flotilla are unique, immersive, and interconnected. Your skiffs will be able to actually carry up to four resource barrels, and come in a unique shape for each player color. Artifact tokens slot into matching spaces in a double-layered hub board and art on the ocean tiles lines up to create a unique layout for your growing Flotilla each time you play.

In Flotilla, you’ll find significant strategic depth and variety, while giving players the freedom to tell their own story. Will you build the Flotilla by being the first to go Skyside, or stay Sinkside for the whole game, becoming the most powerful seafarer of them all? 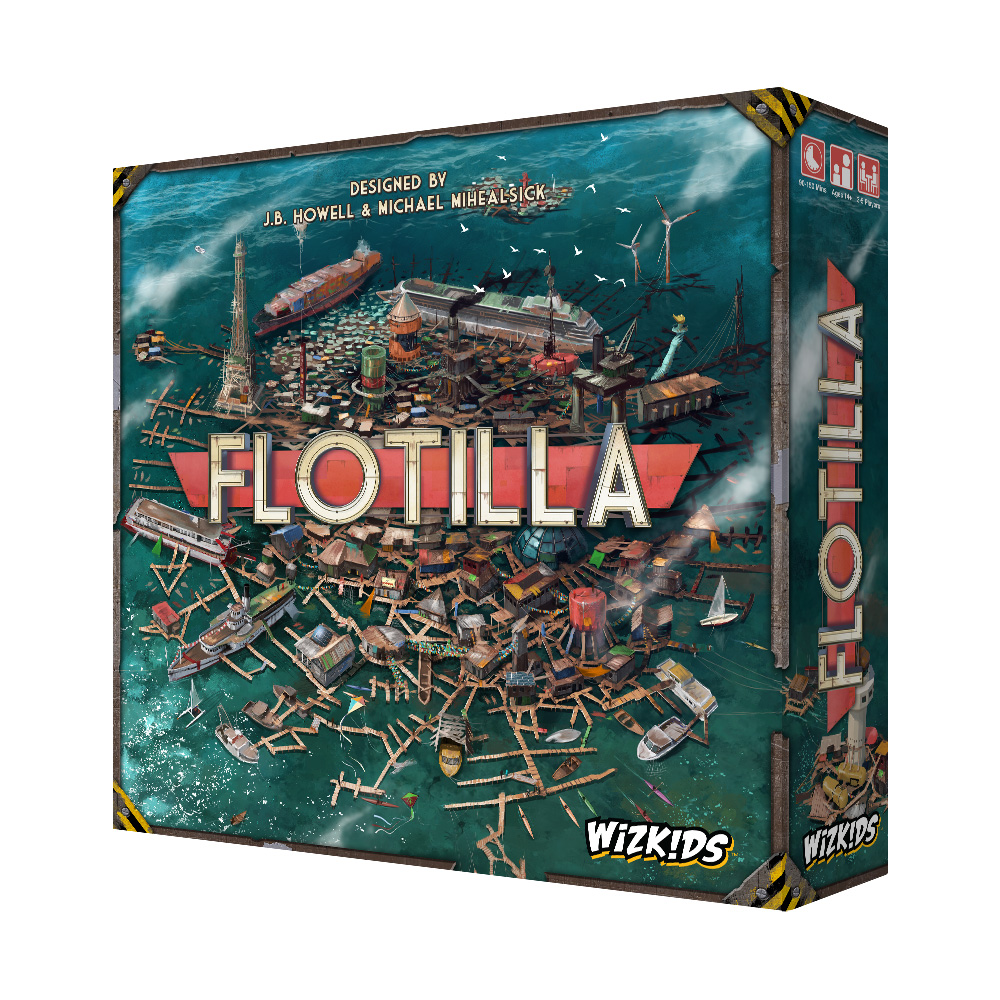 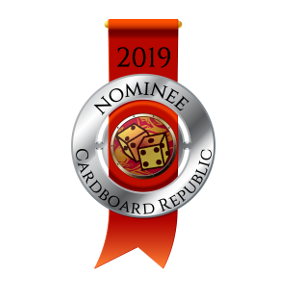 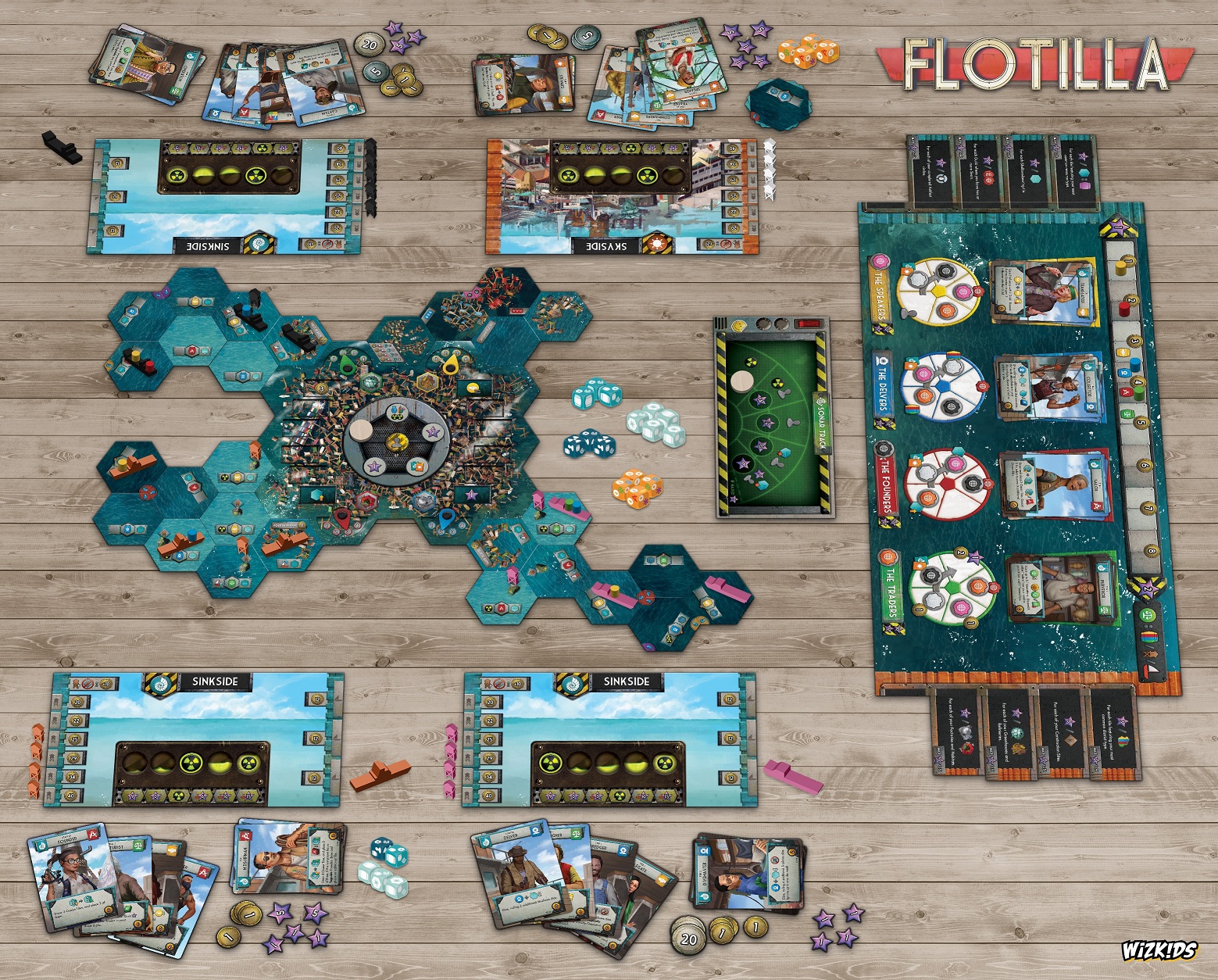 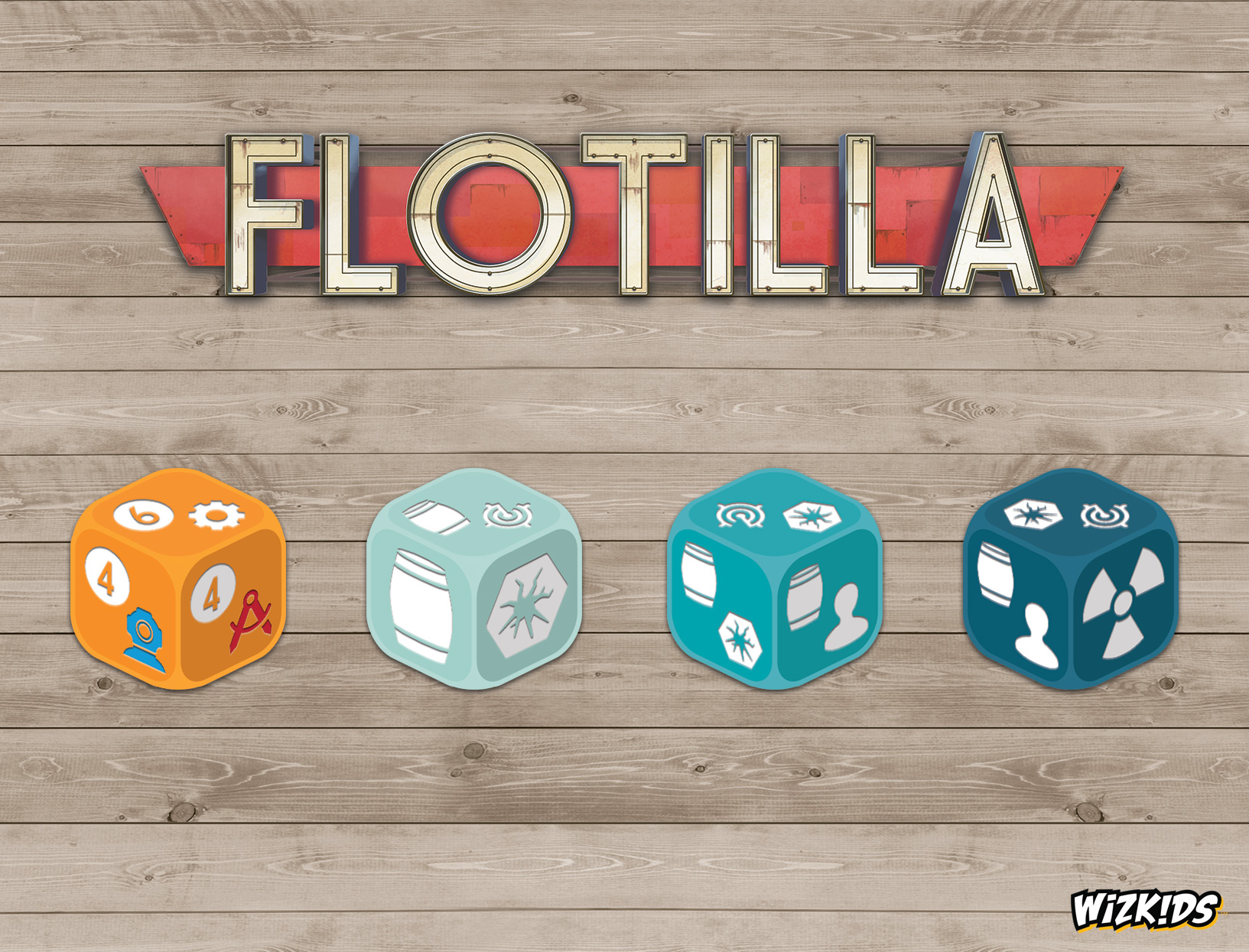 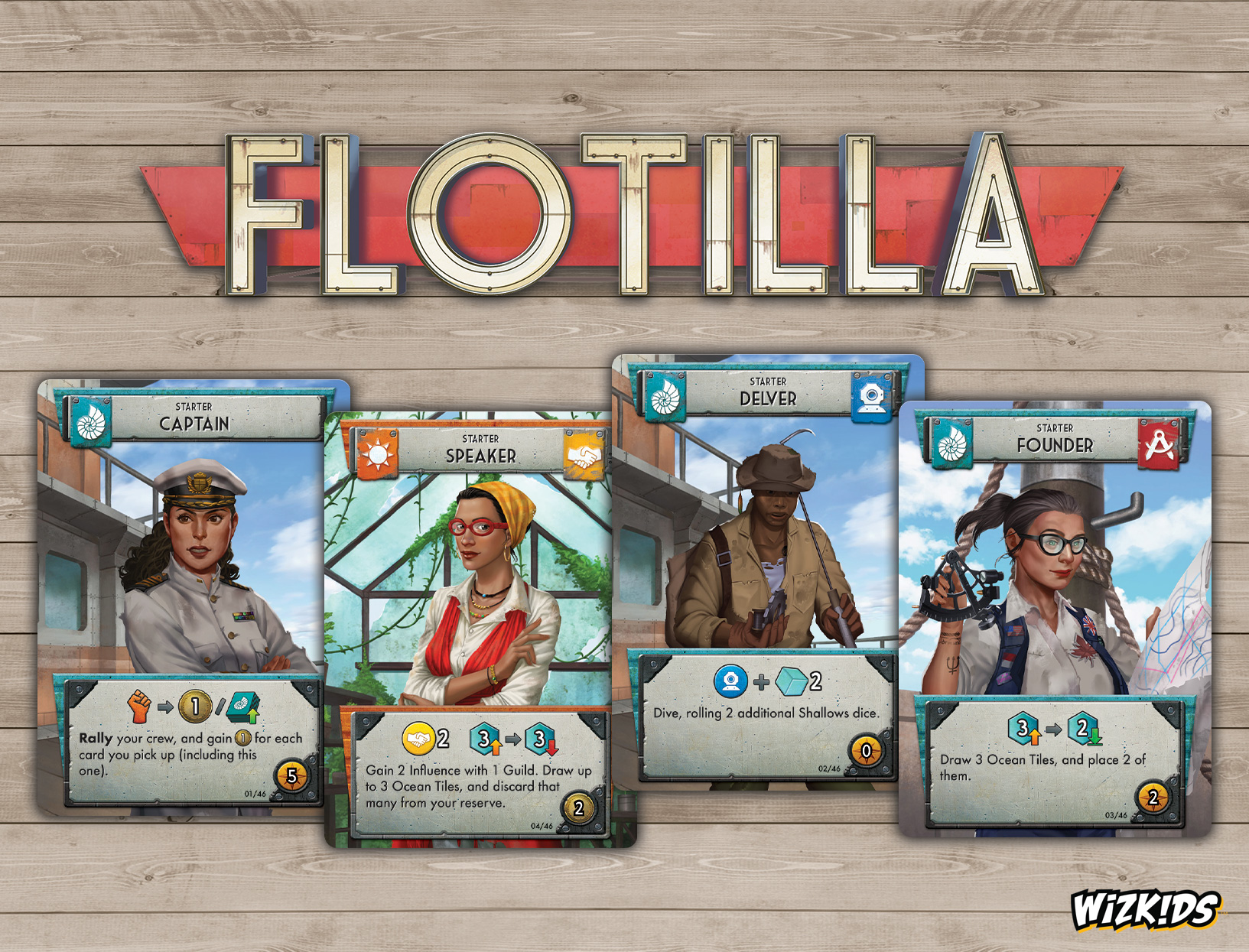 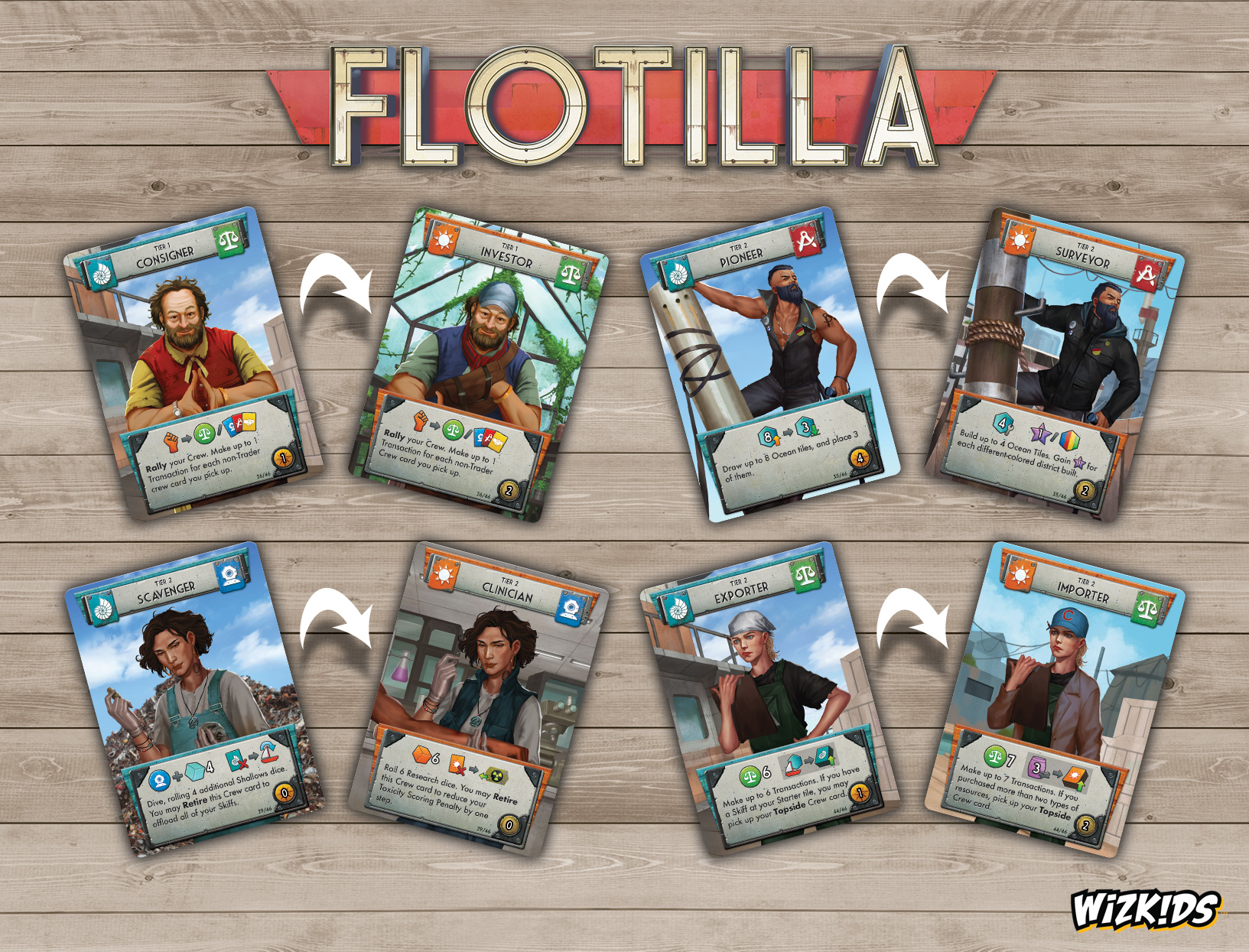 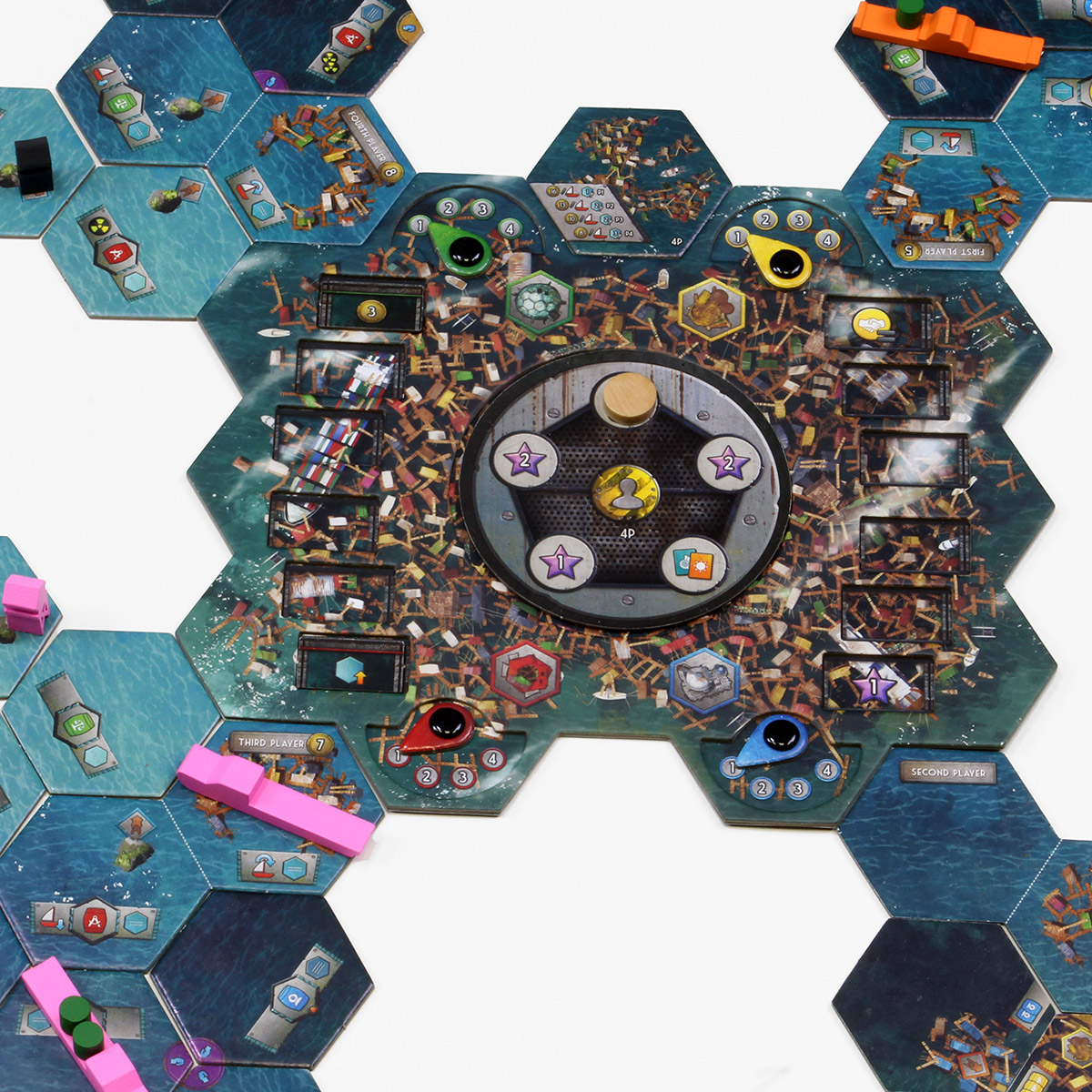 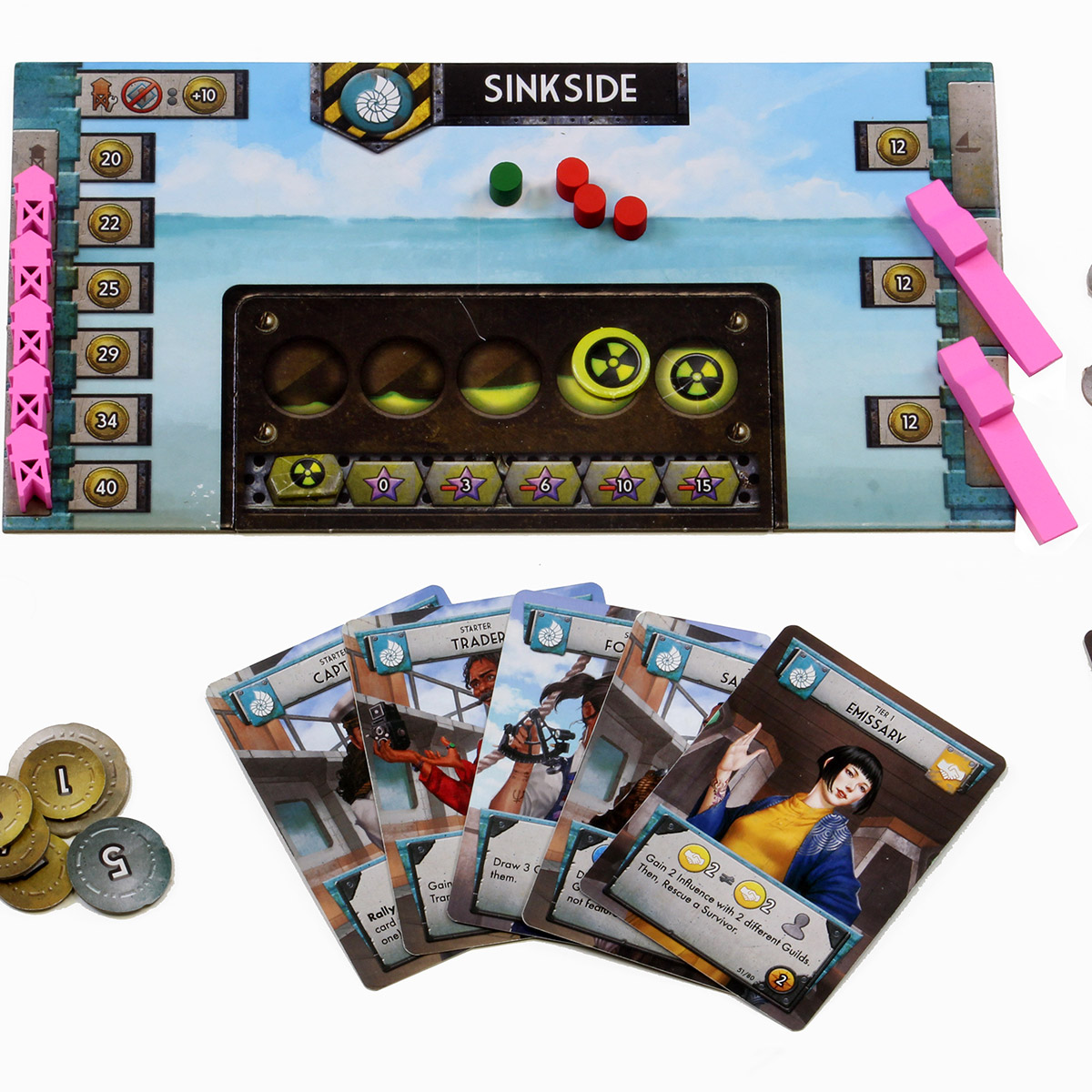 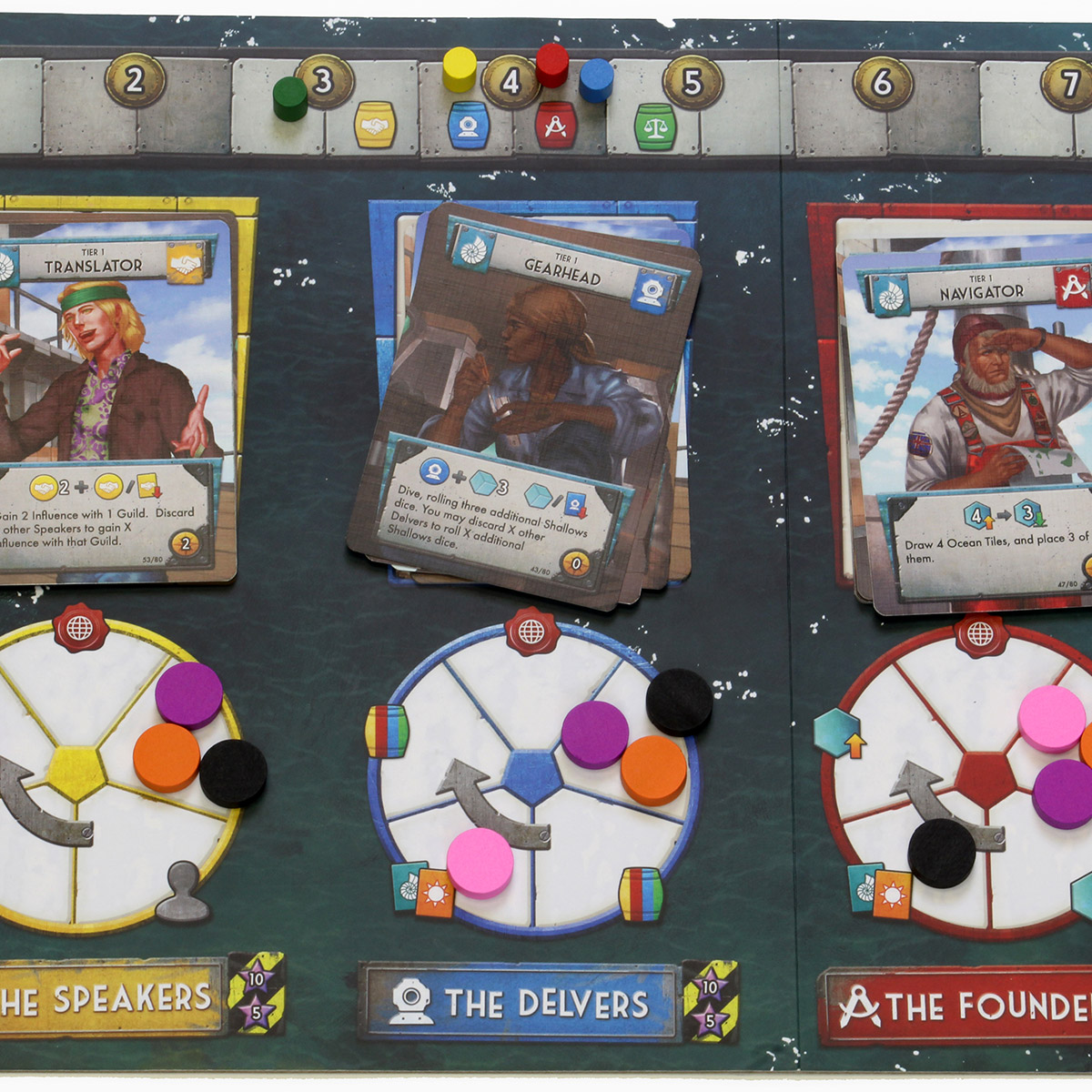 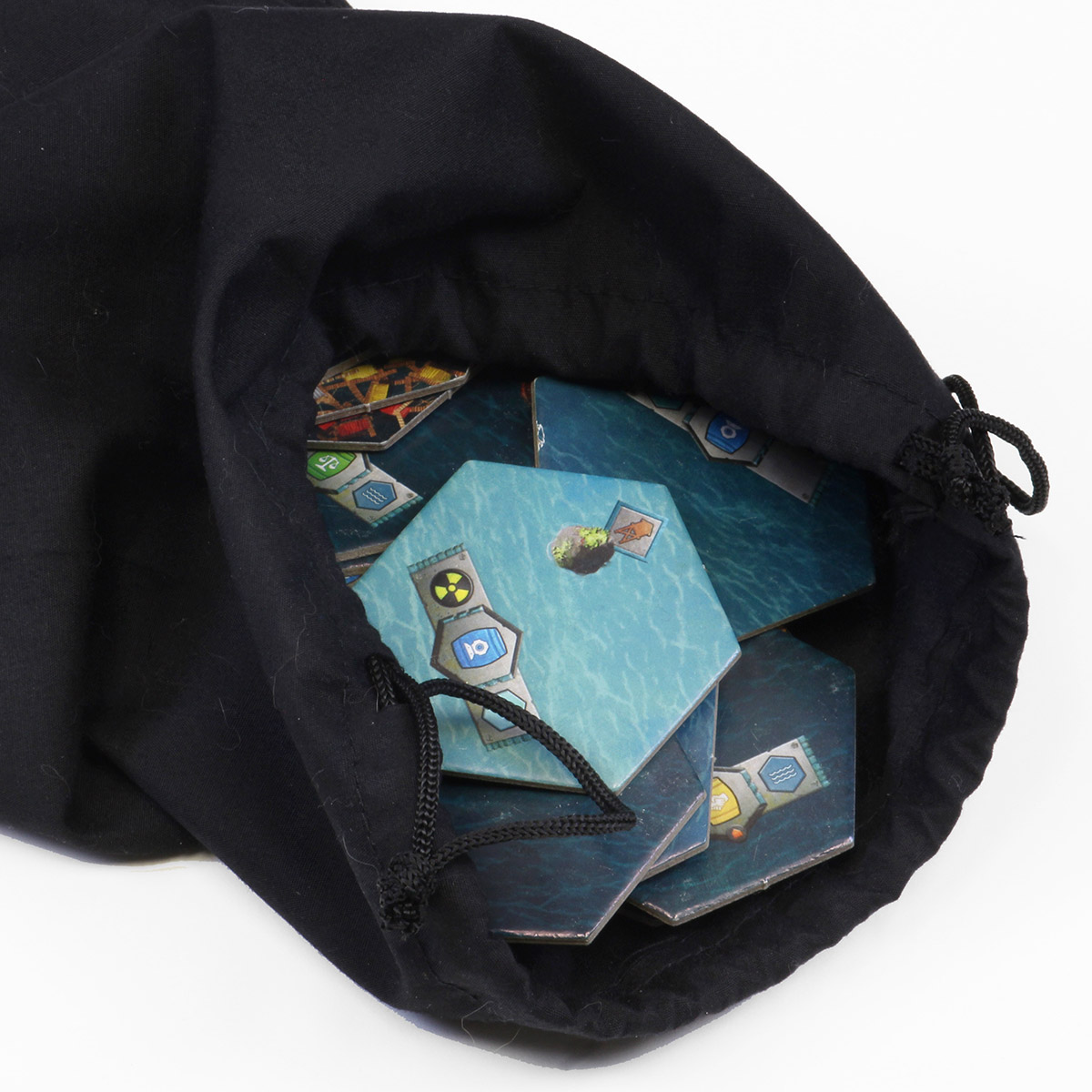 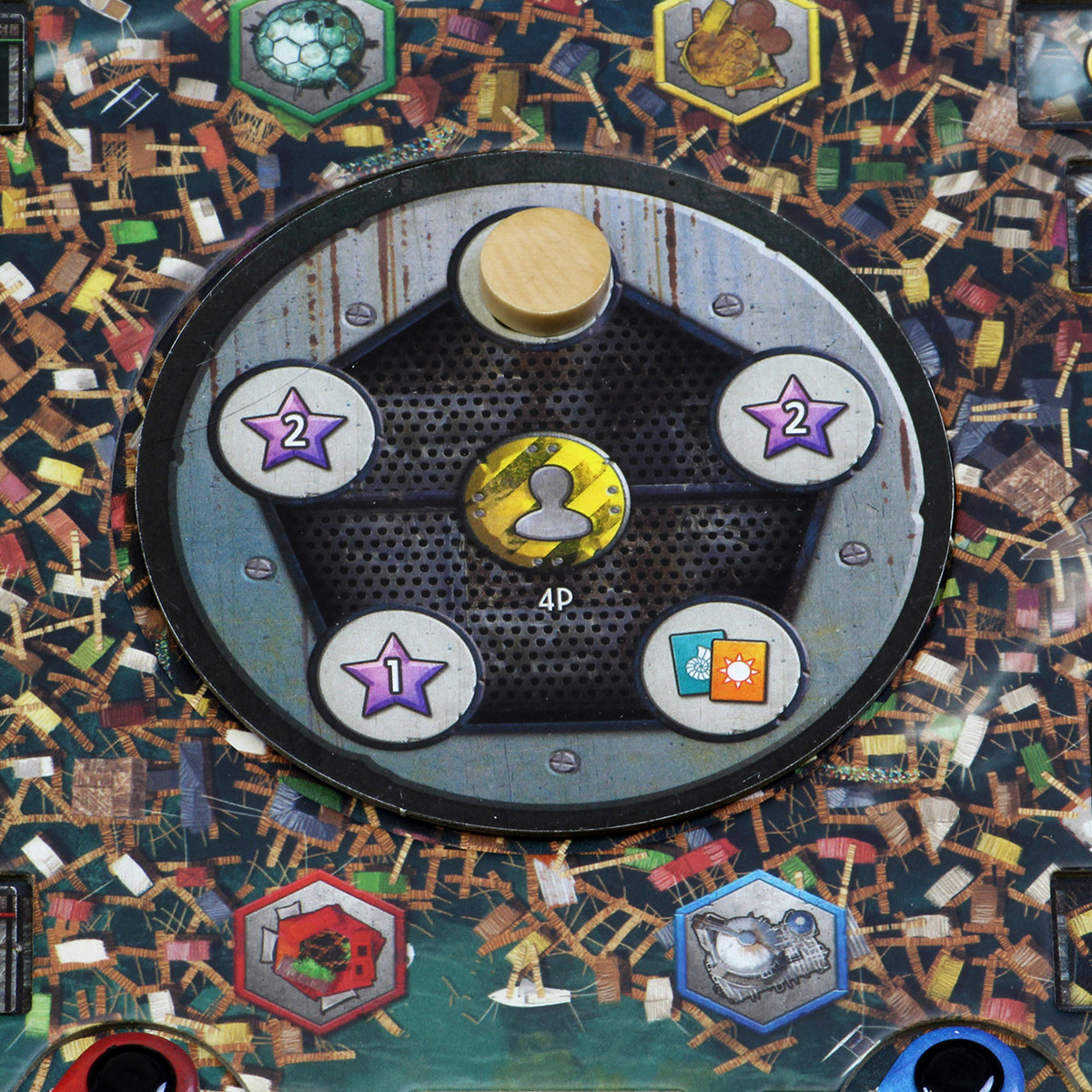 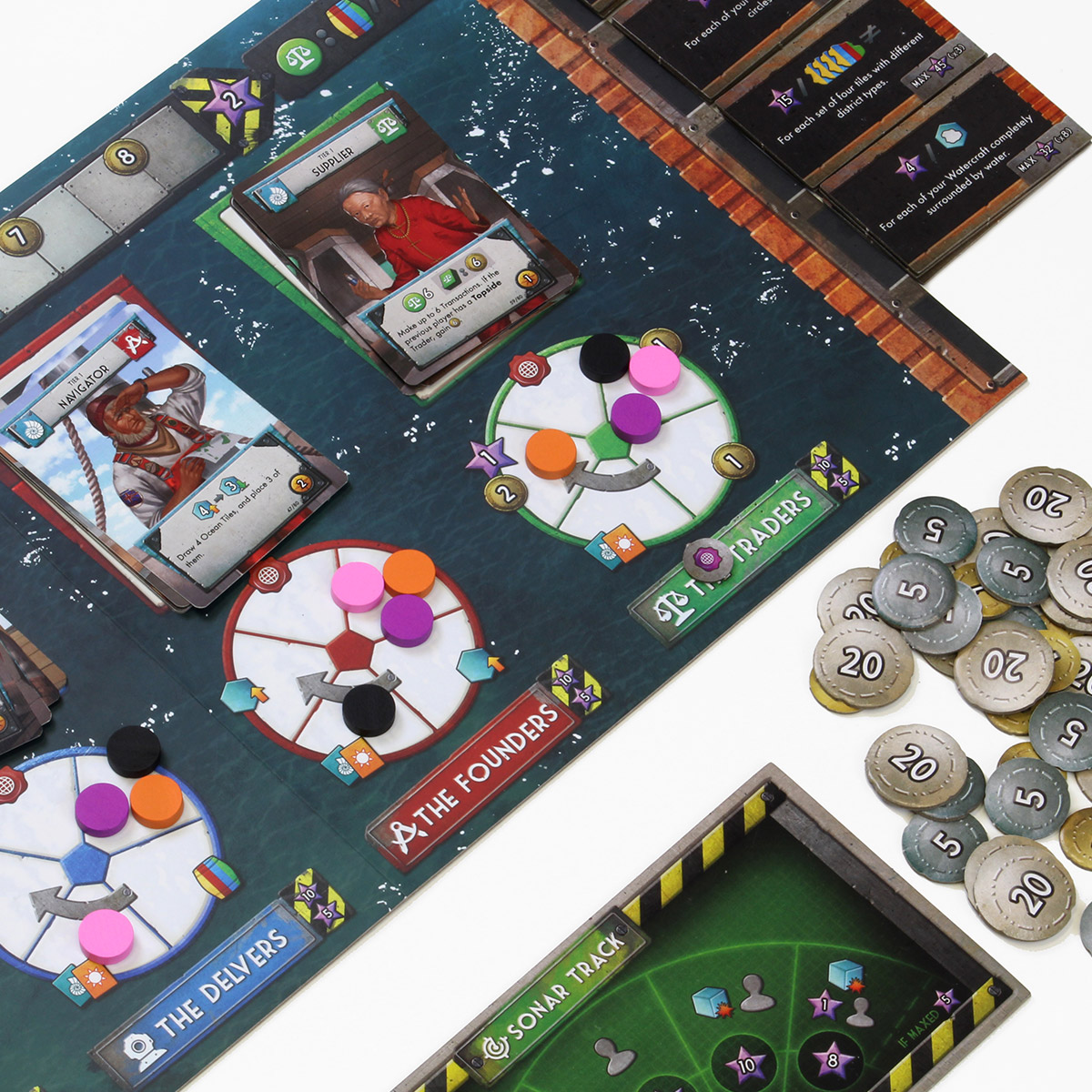 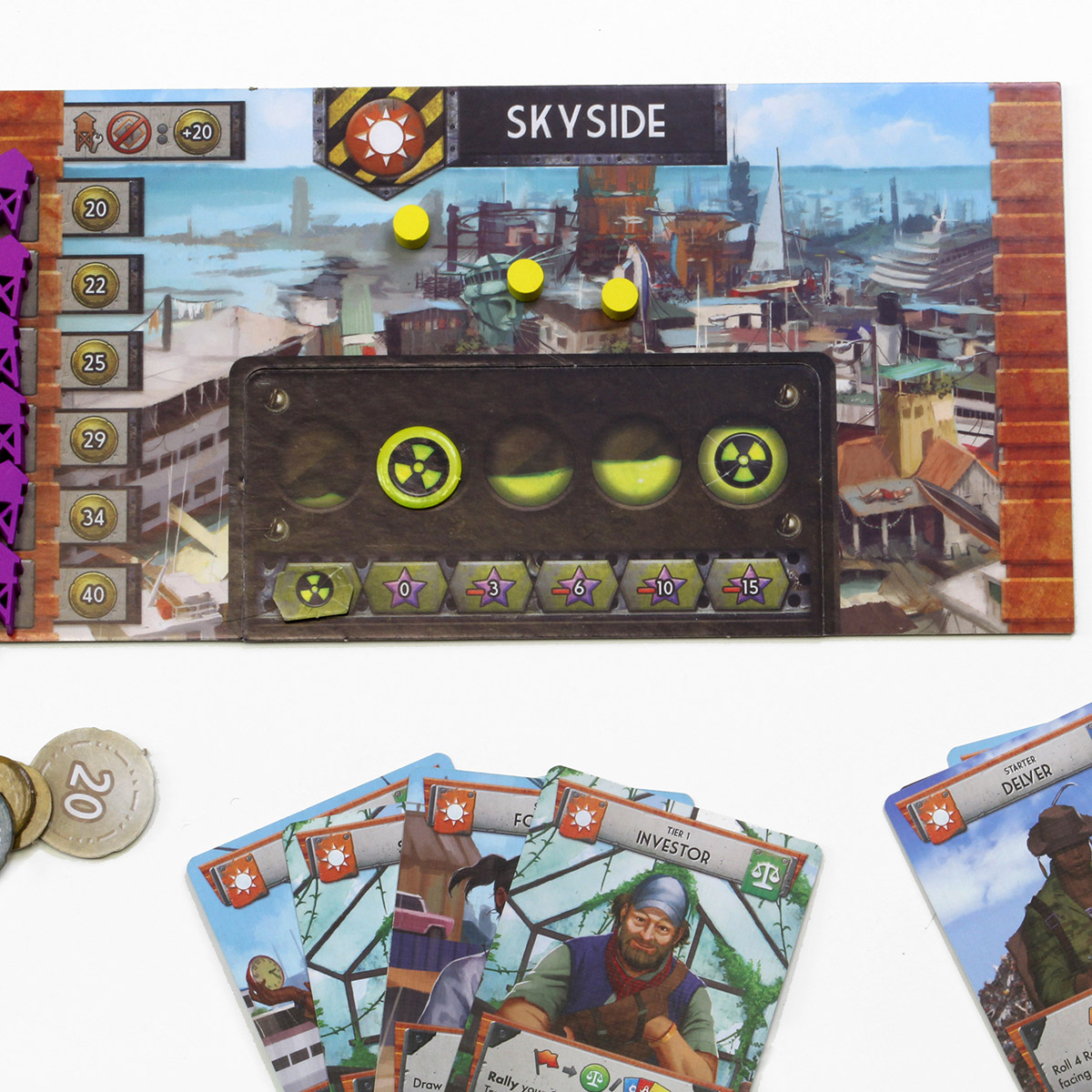 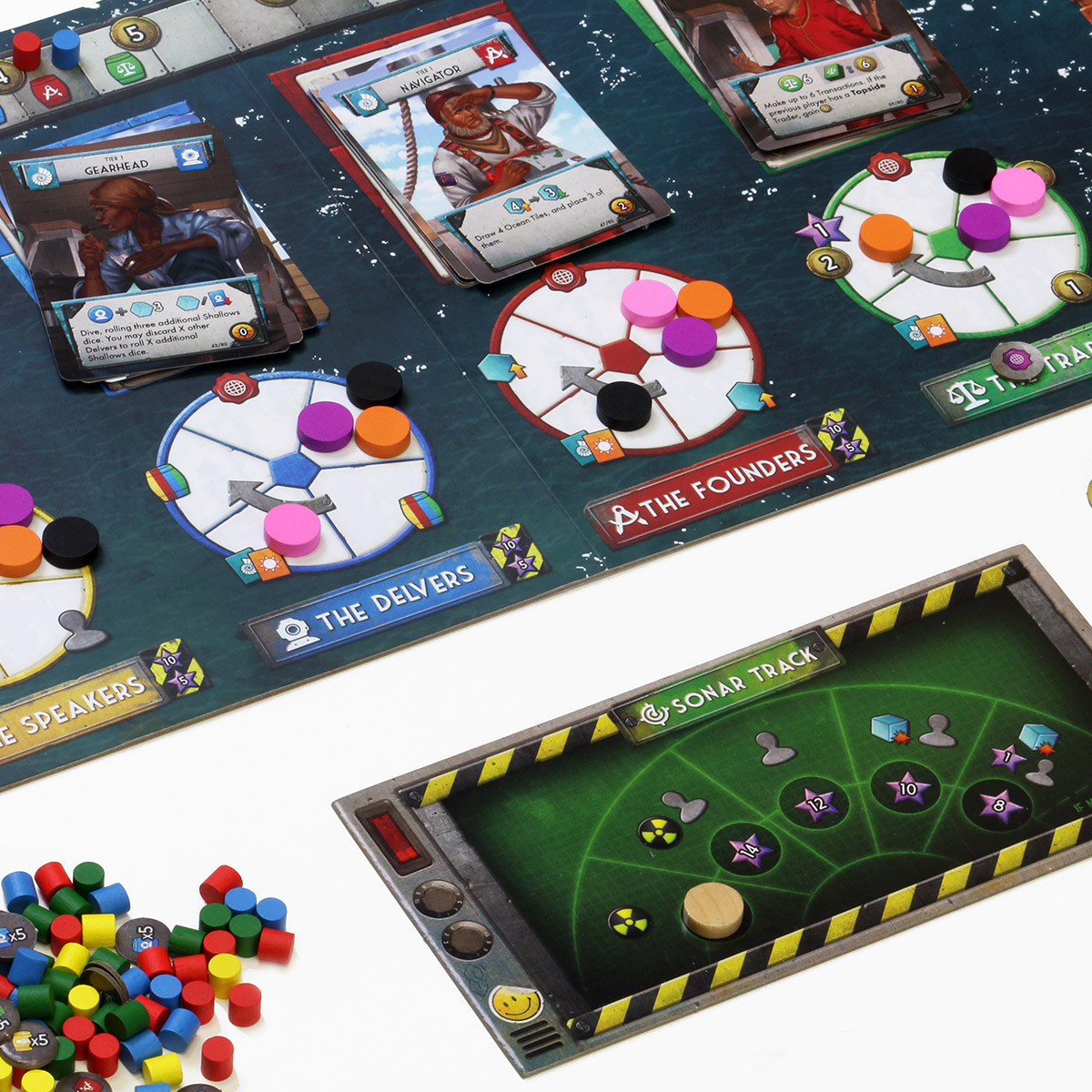 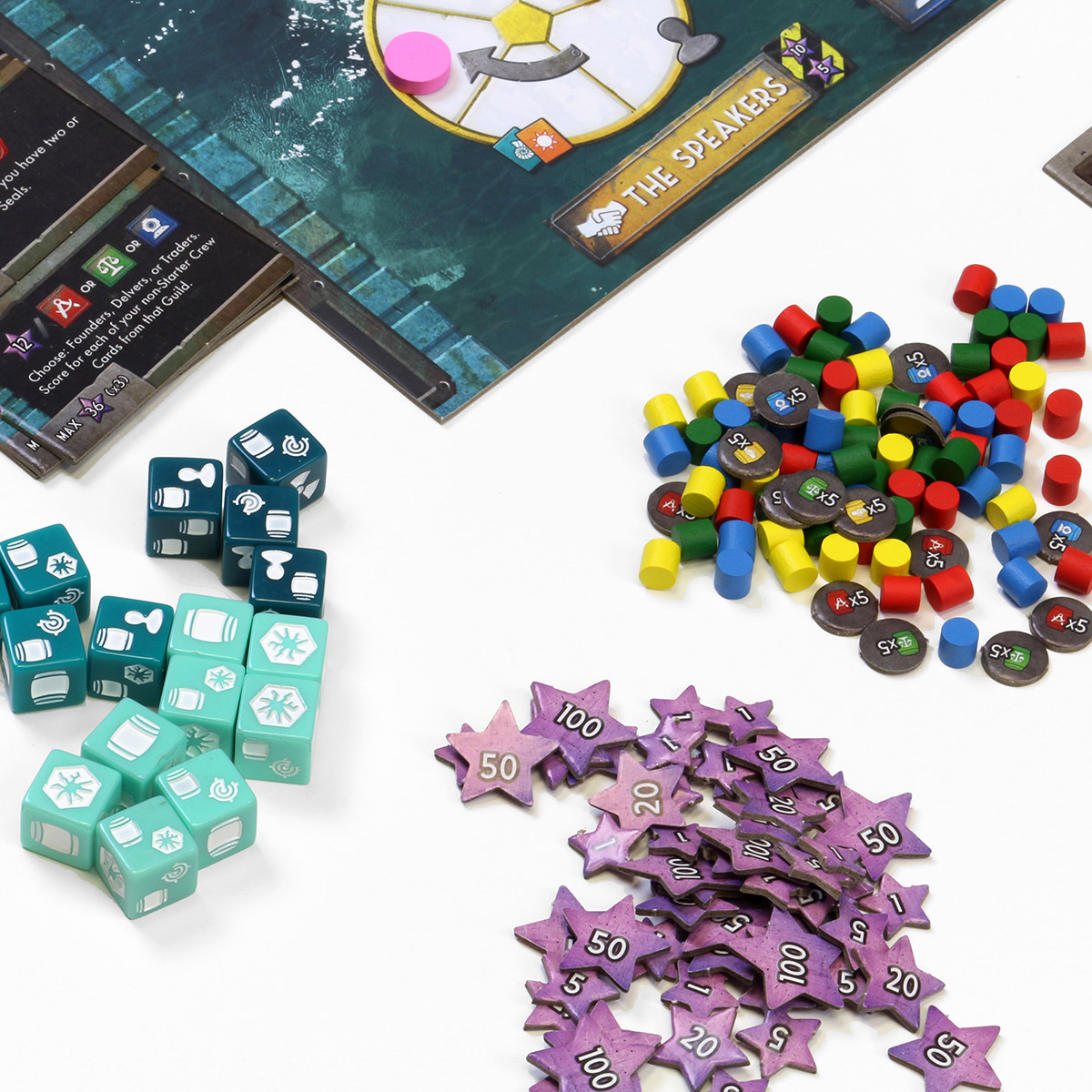 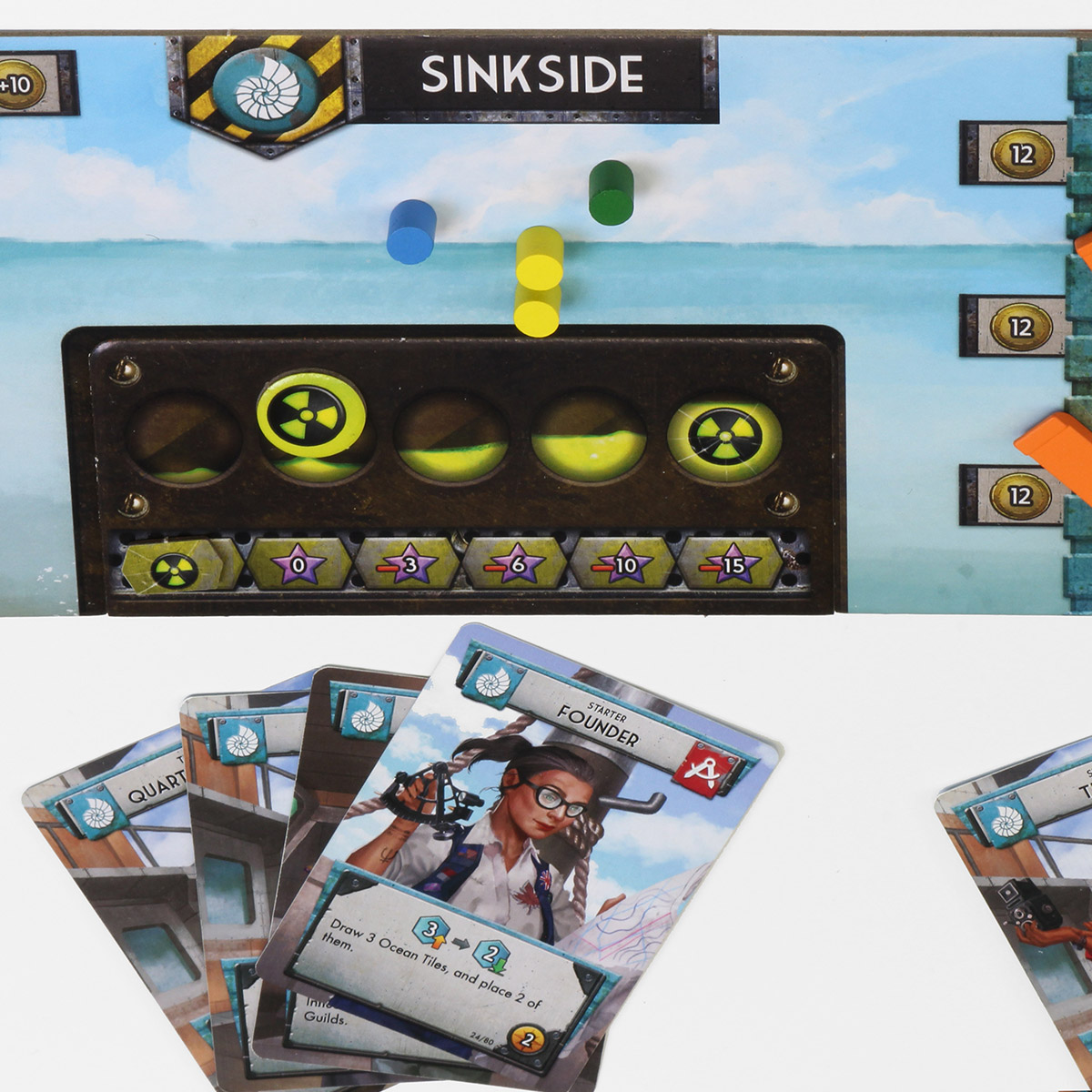 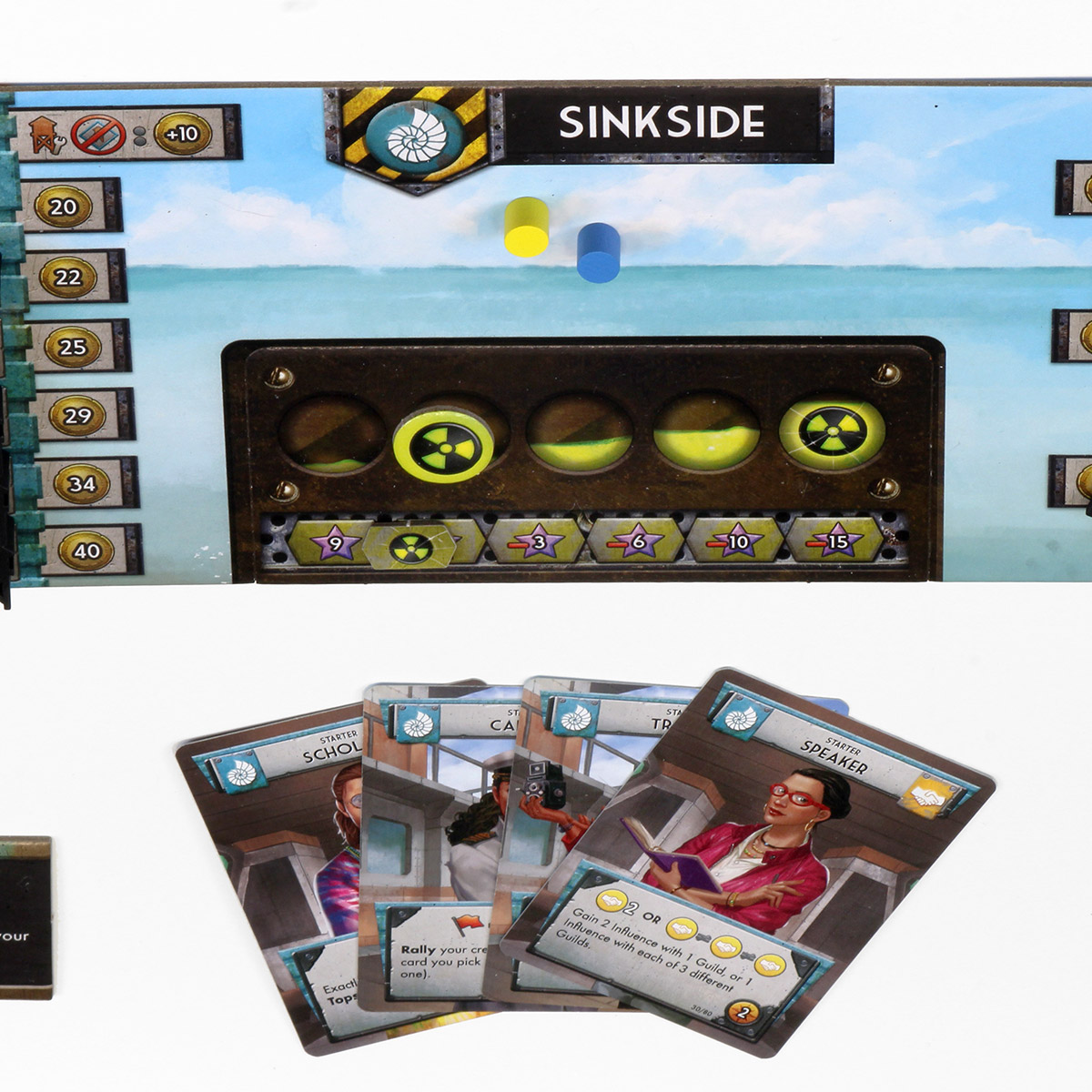 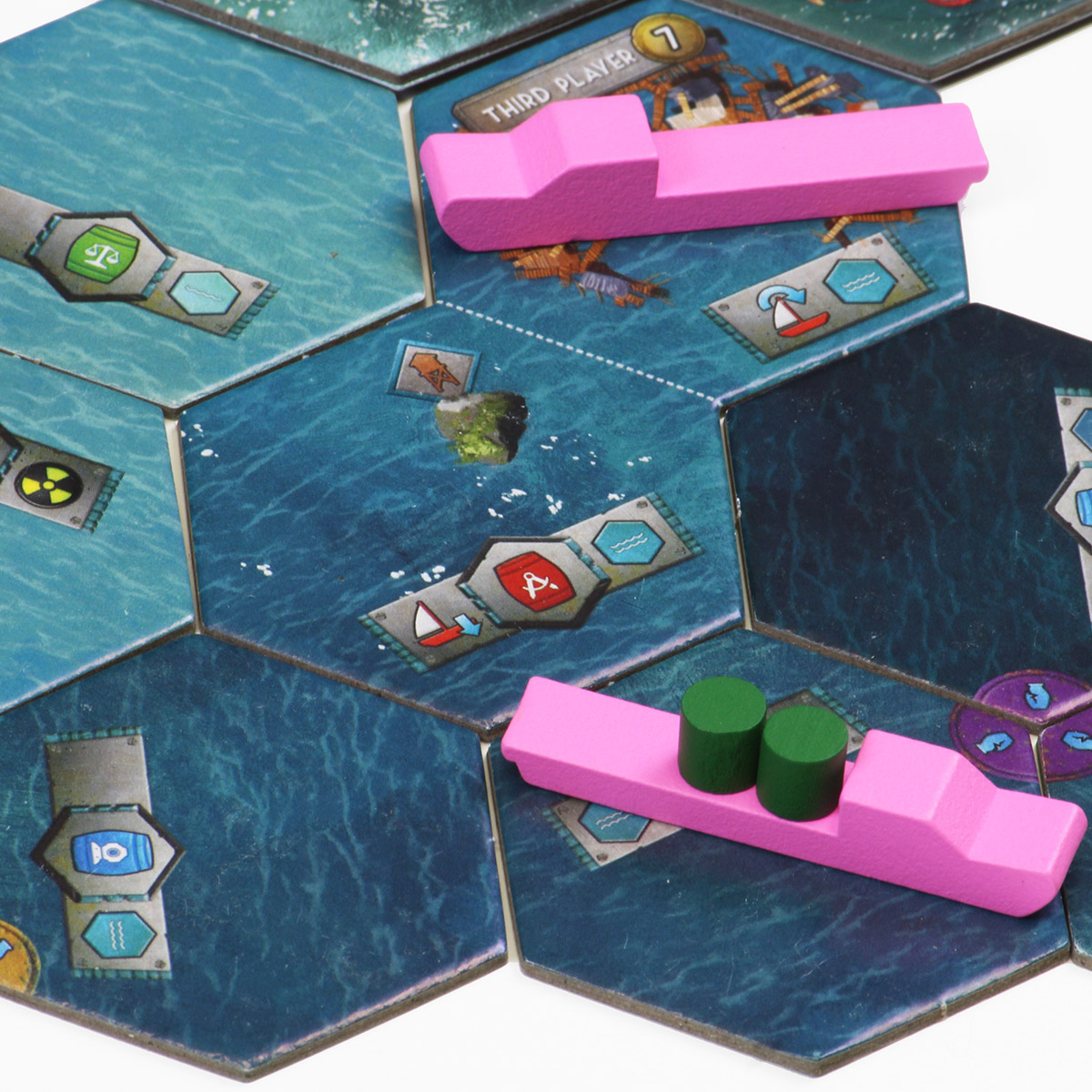 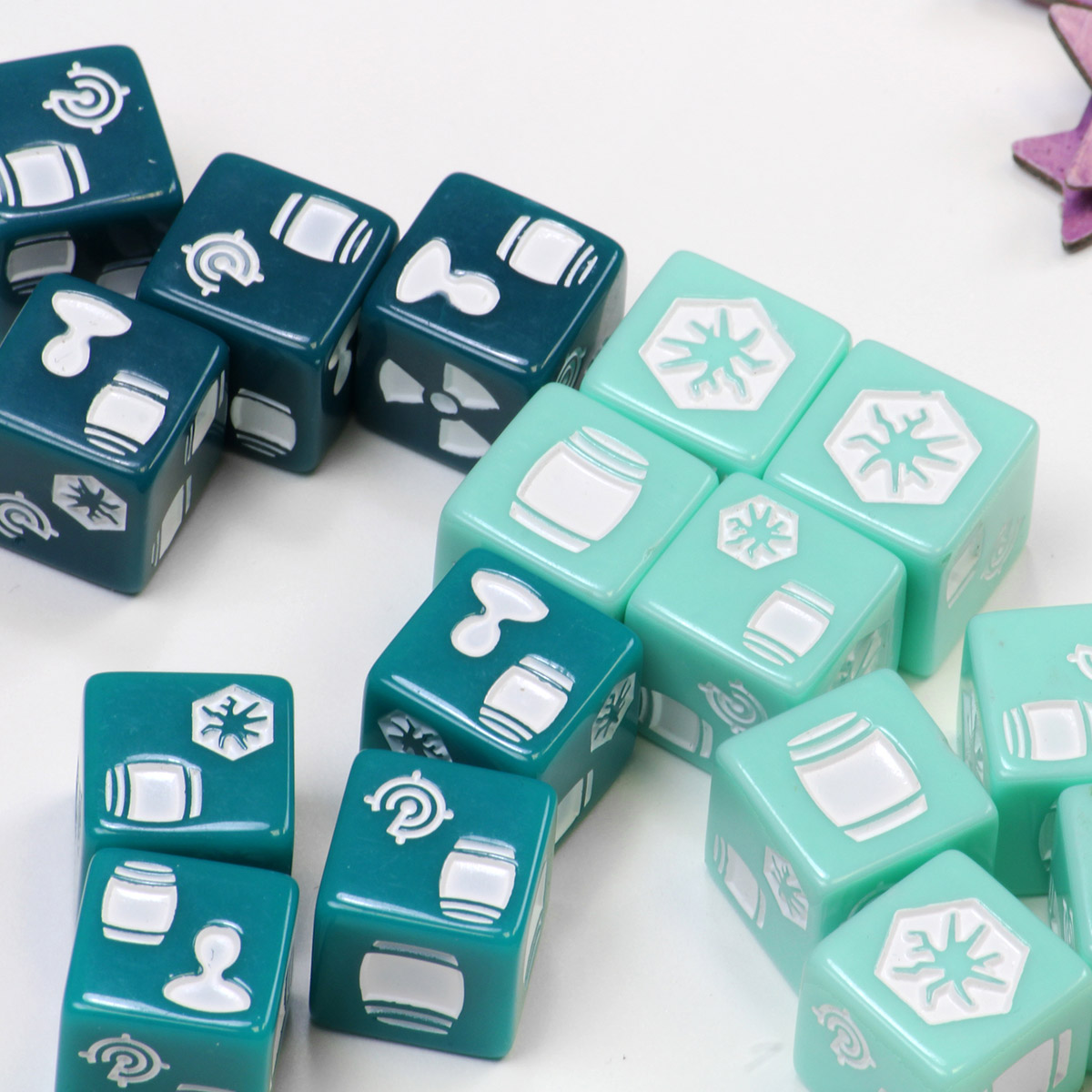 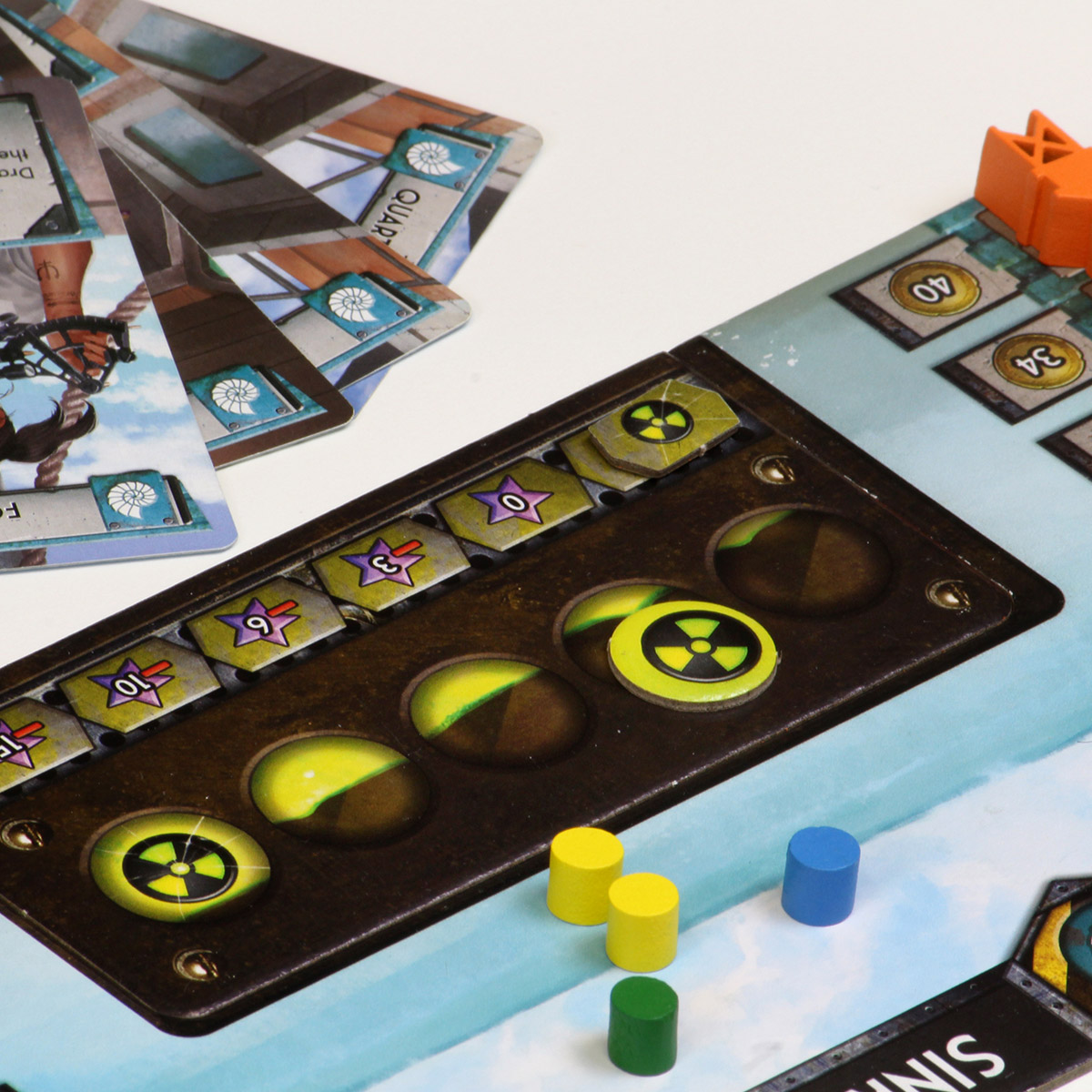 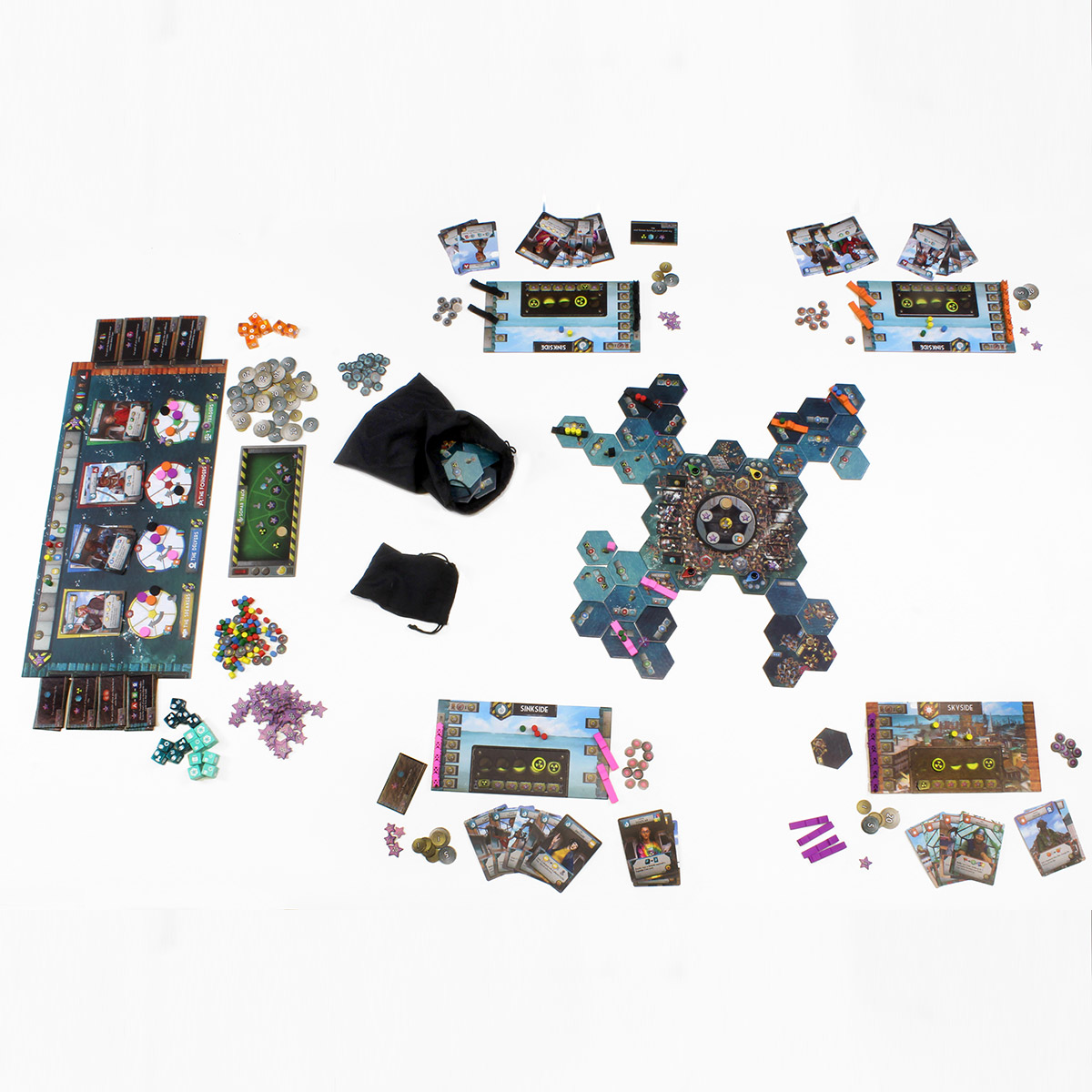 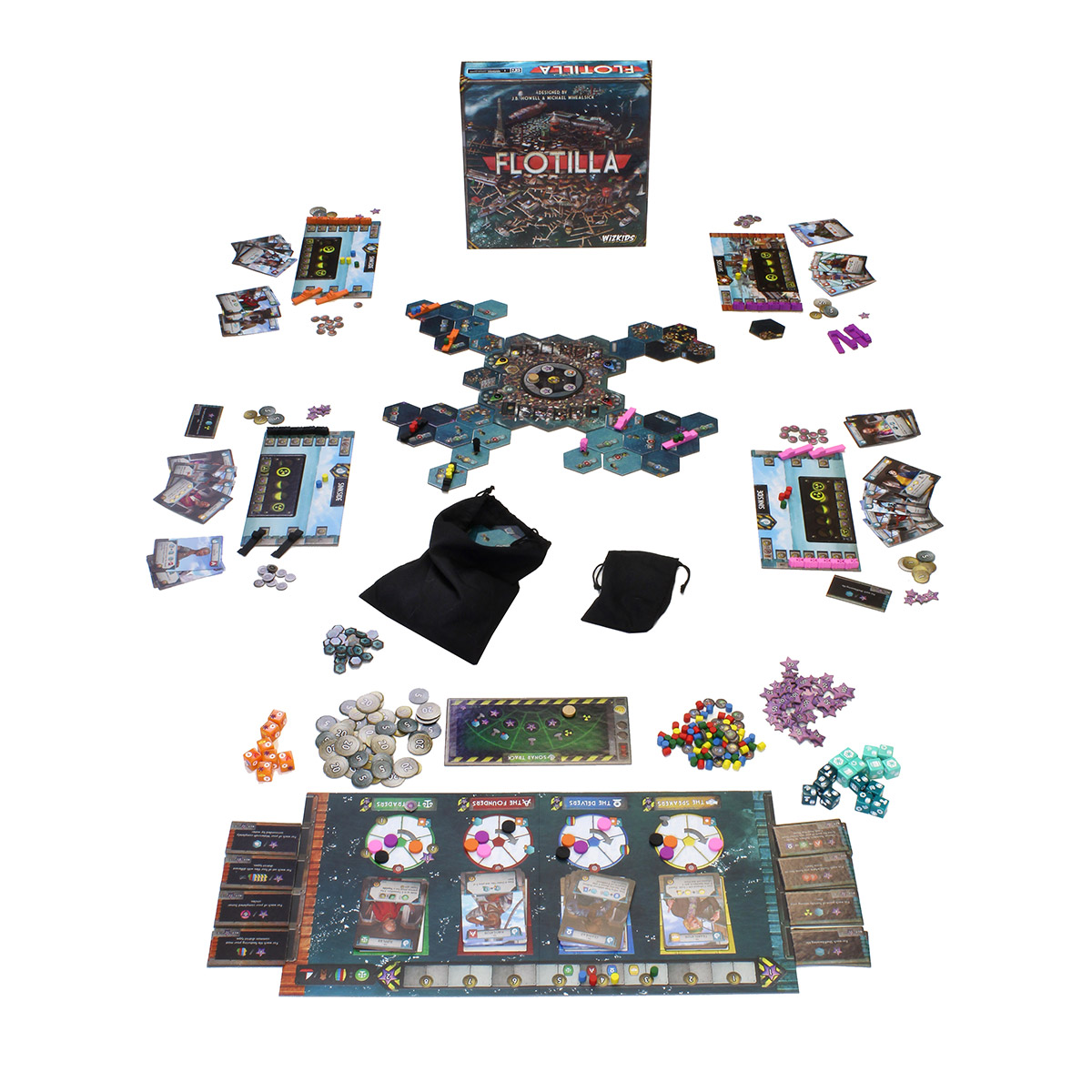 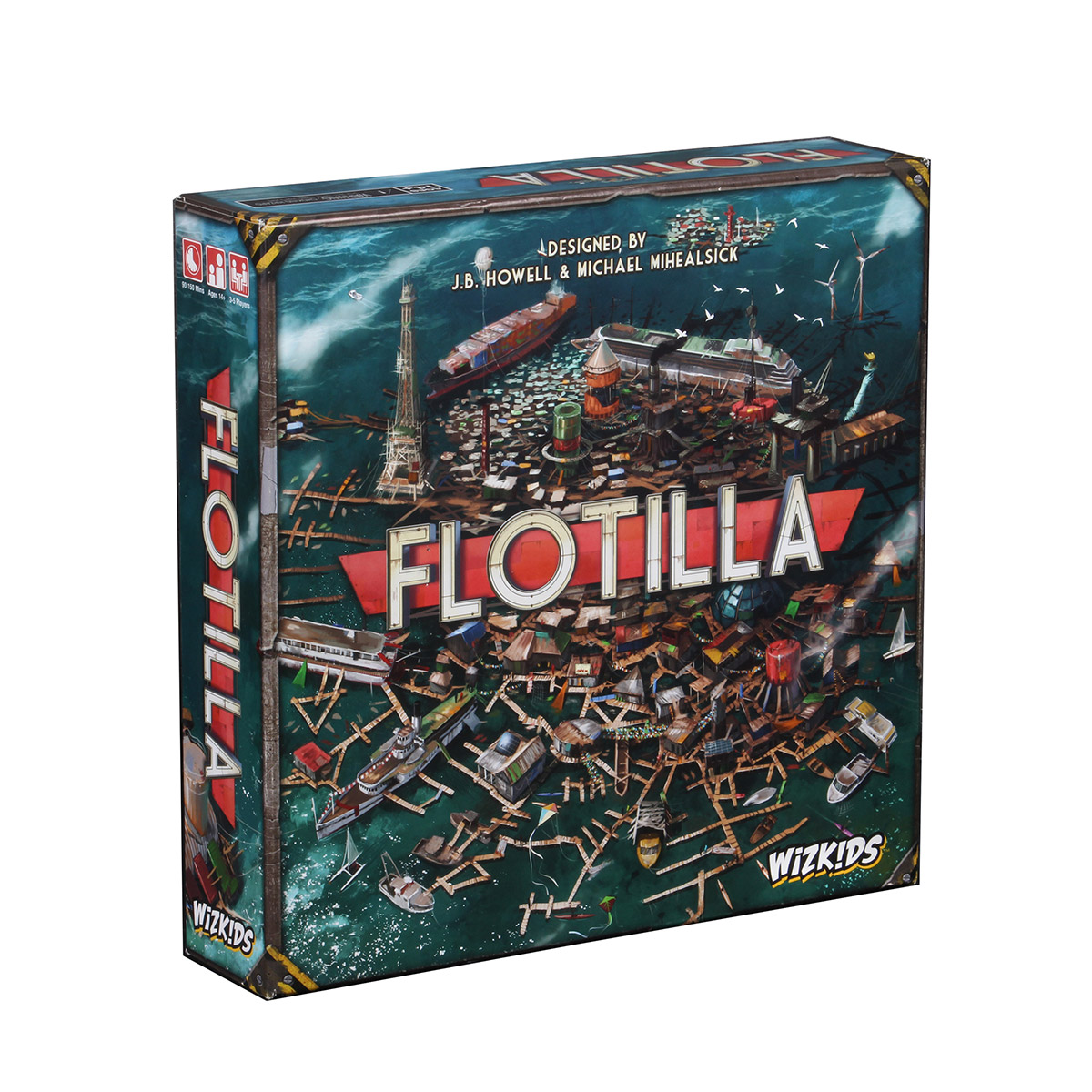 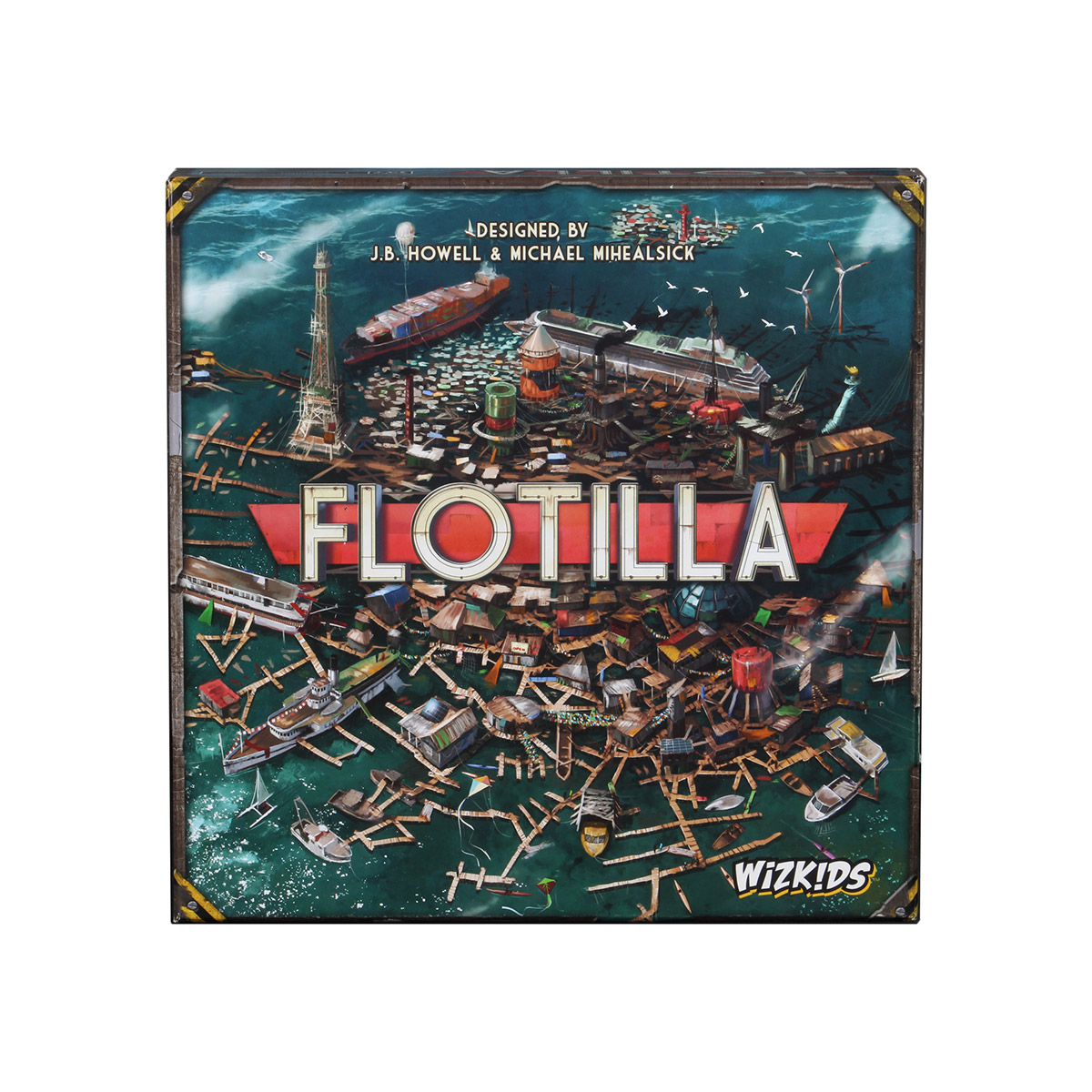 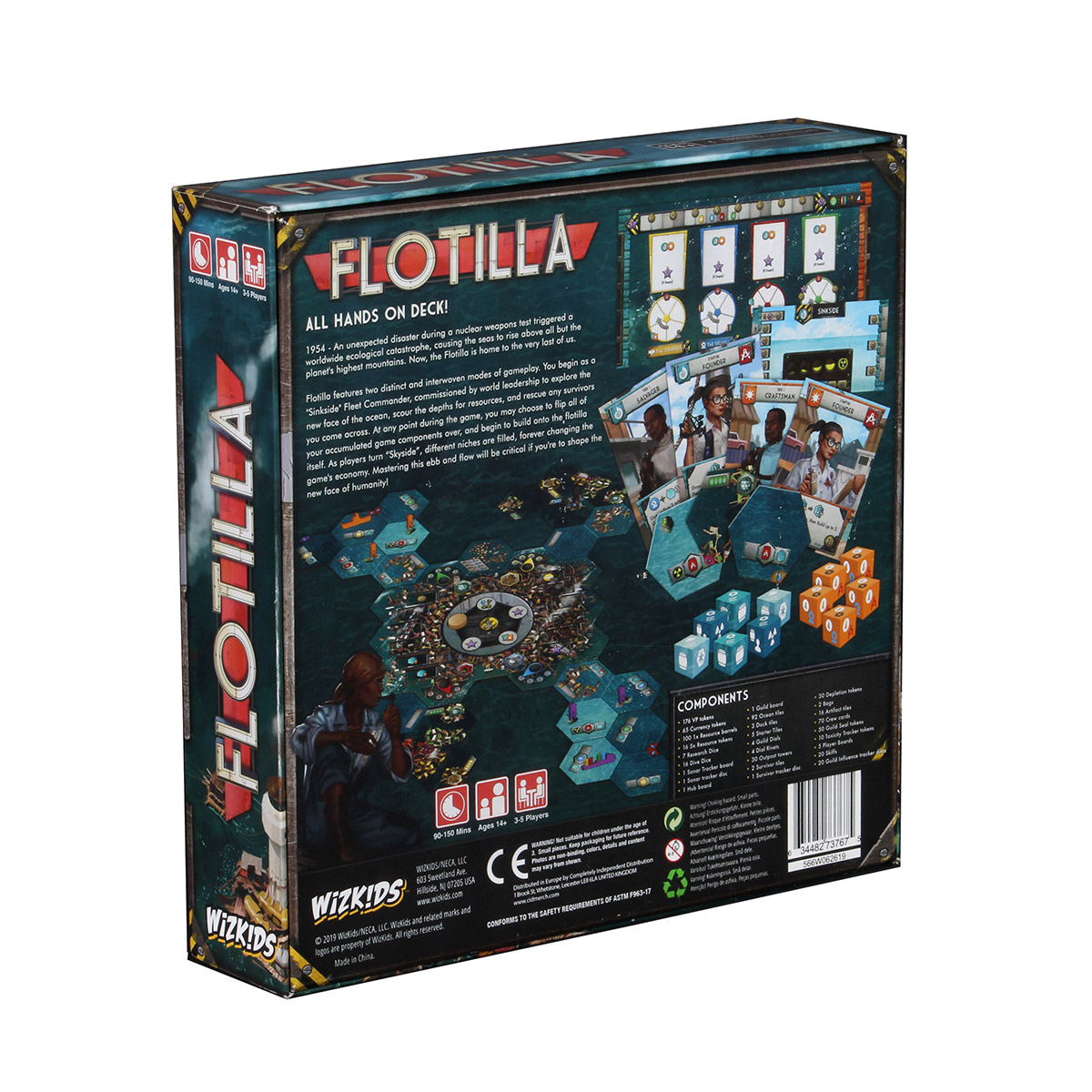