Nemo Rising: Robur the Conqueror is a cooperative board game that follows the new adventures of Captain Nemo and the crew of the Nautilus, as reintroduced by C. Courtney Joyner in his novel, Nemo Rising.

As you and your fellow players work together, you can choose to explore one of two scenarios. The first scenario is the Undersea Grotto, where you must venture outside the Nautilus to gather supplies while avoiding sea hydras, deep sea scavengers, and the mechanical Kraken. The second scenario is the majestic City in the Sky, where you must thwart Robur the Conqueror and his army of foot soldiers, war dogs, and steam-powered creations. Special action cards and customized dice allow you to attempt dangerous tasks and overcome powerful enemies in order to save the world.

Will Robur be defeated, or will he conquer the earth? It’s up to you.

Nemo Rising was written by author and screenwriter C. Courtney Joyner. The adventure novel was published by Tor Books in Christmas 2017 to an excited sci-fi and gaming community that embraced its action-adventure approach. Nemo Rising is available in hardback and audio book, and Tor will be releasing a paperback version later this year (2019). 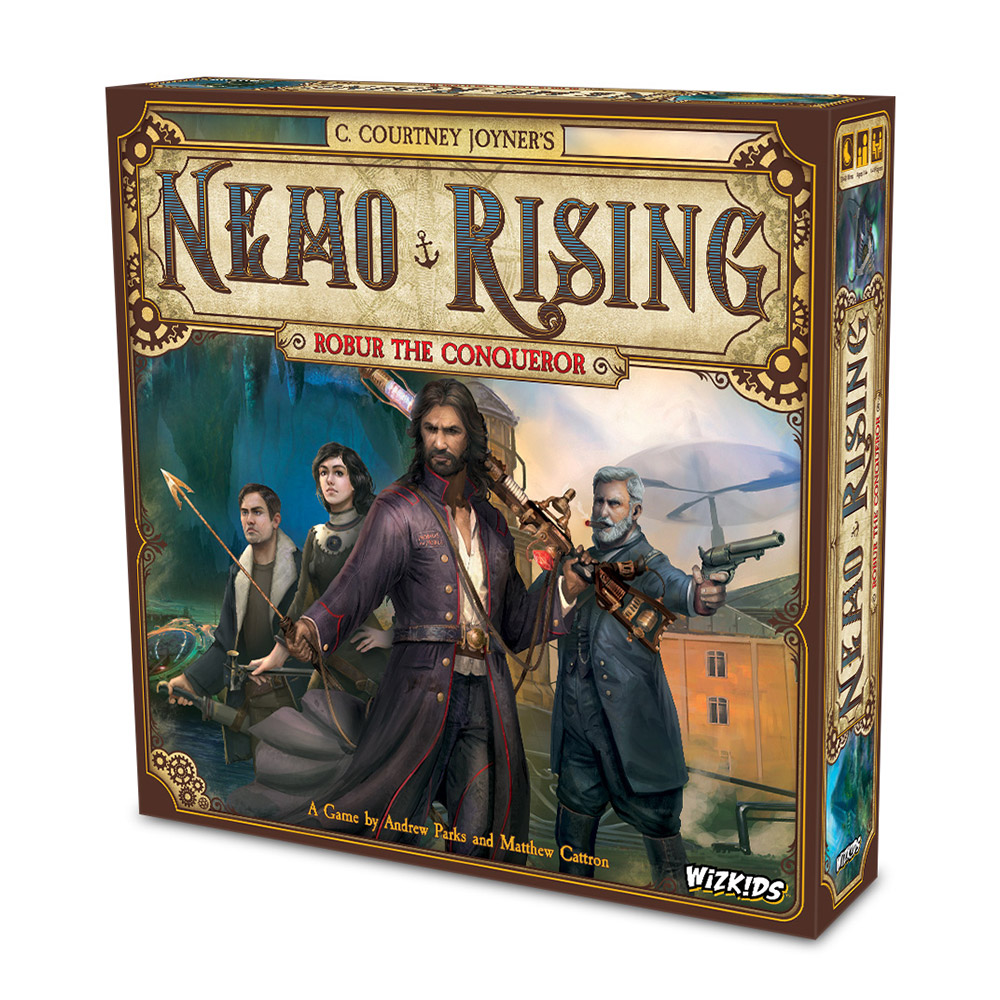 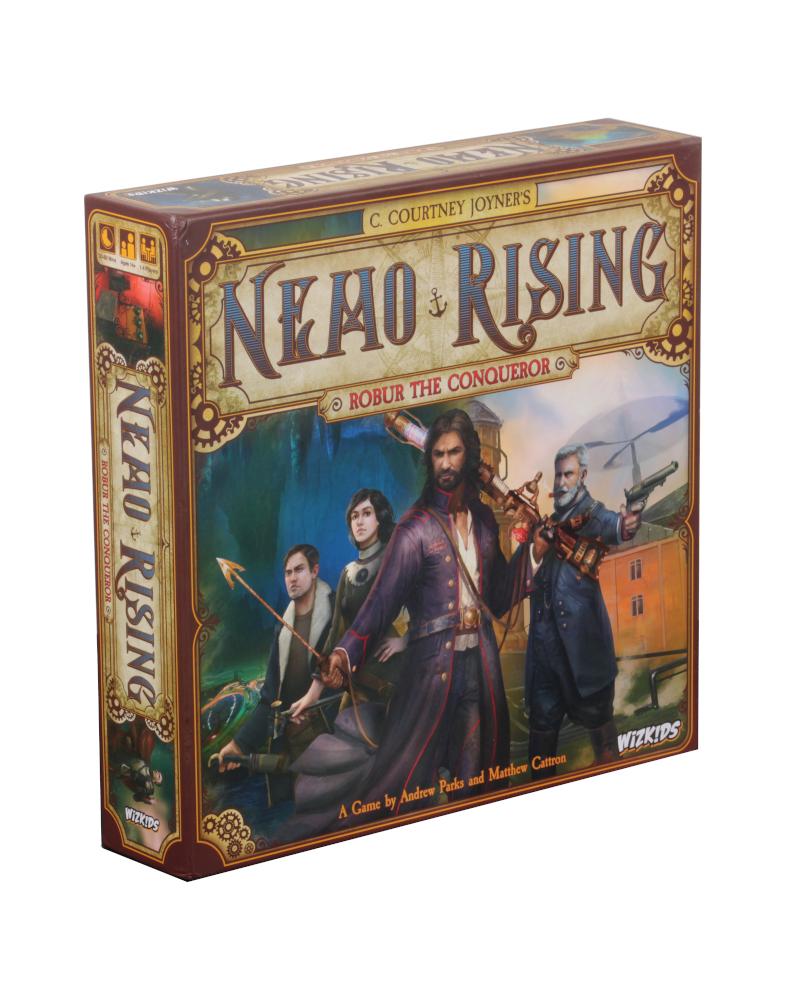 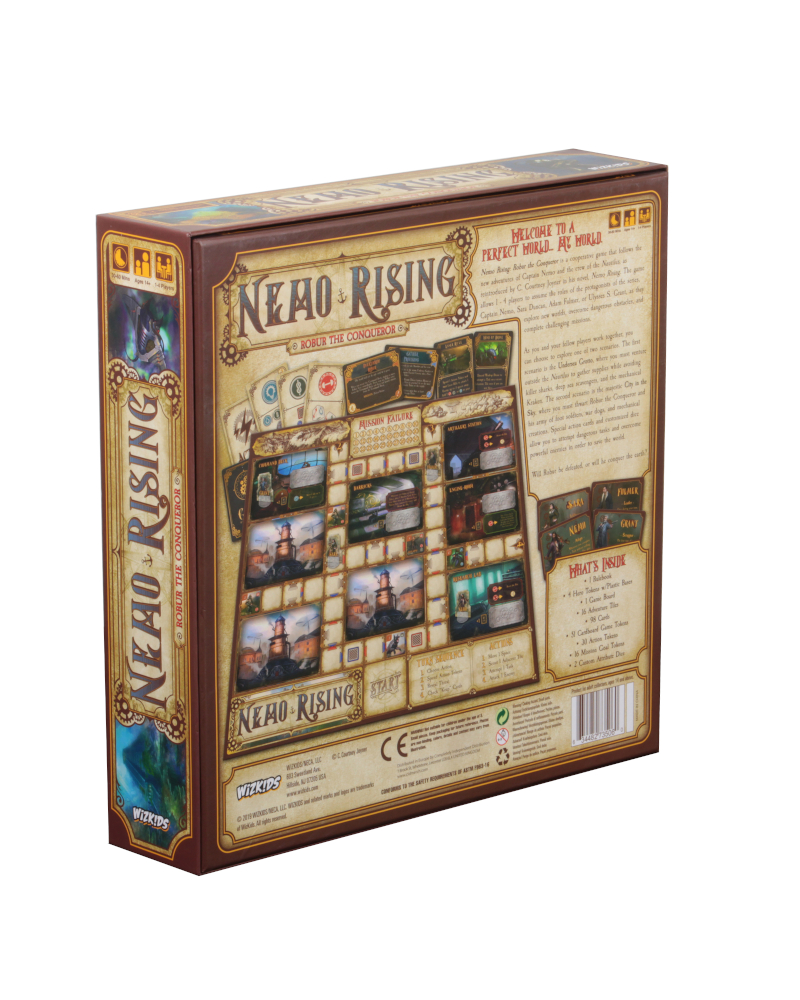 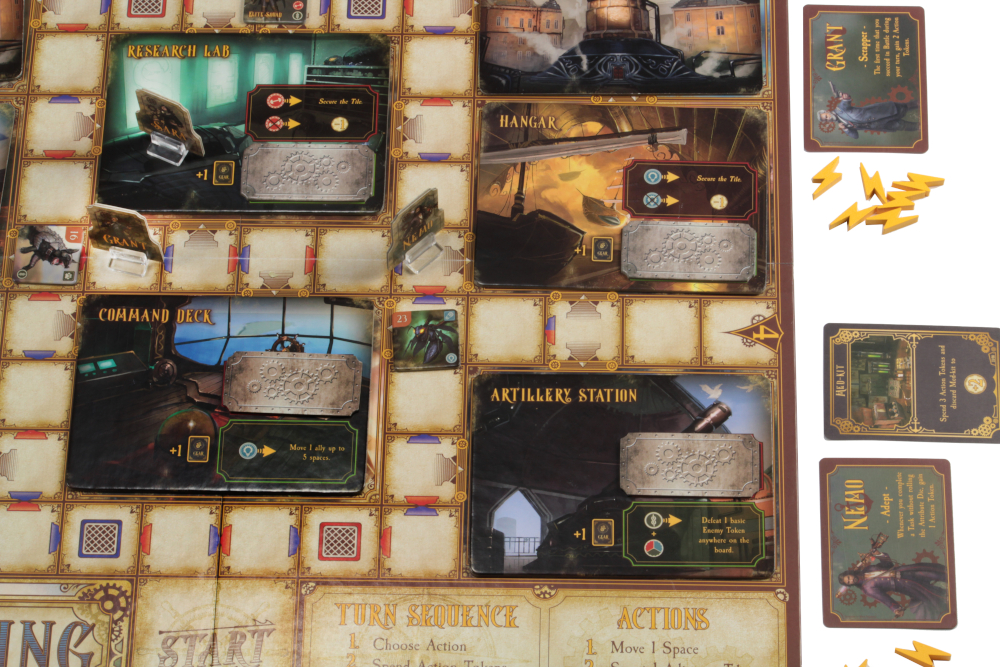 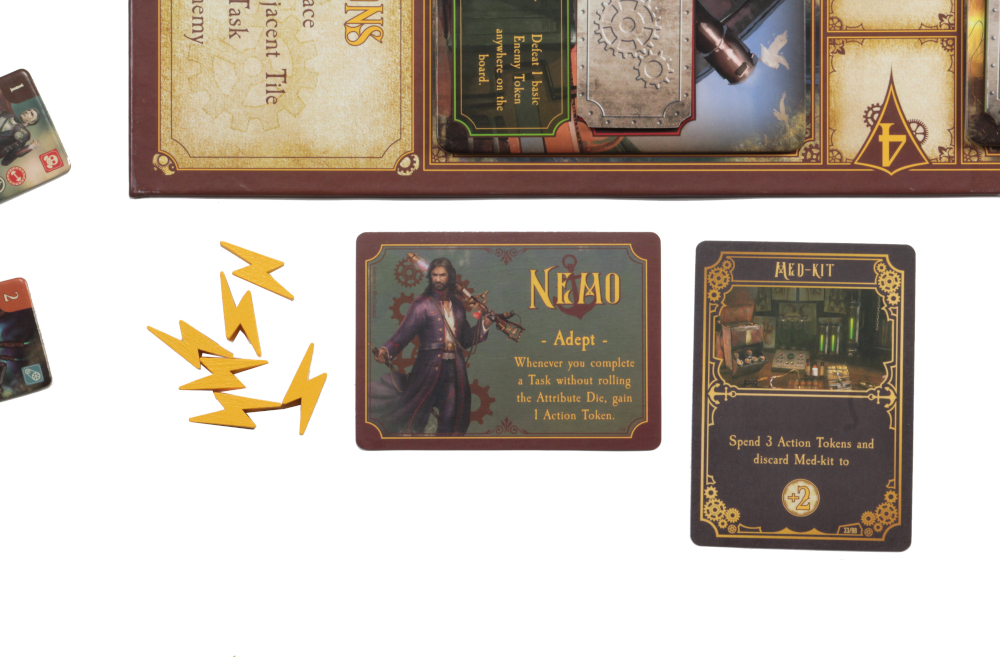 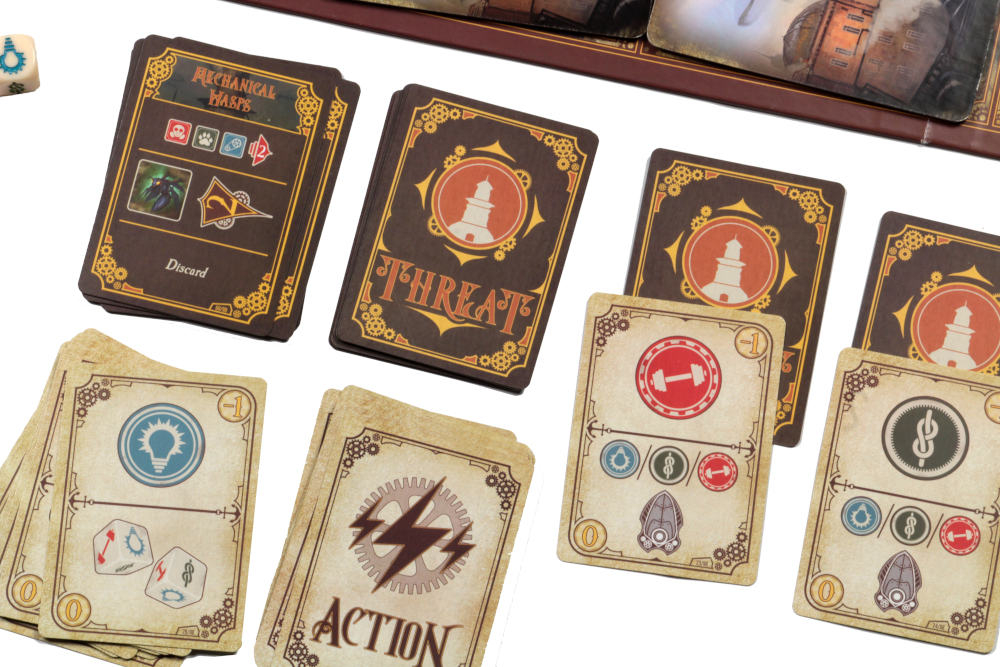 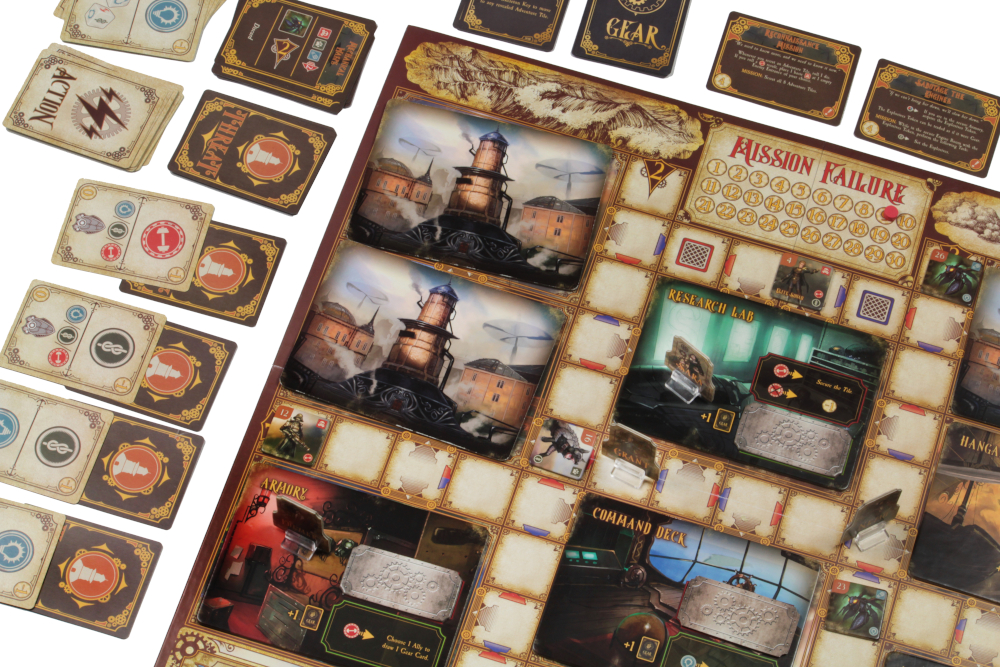 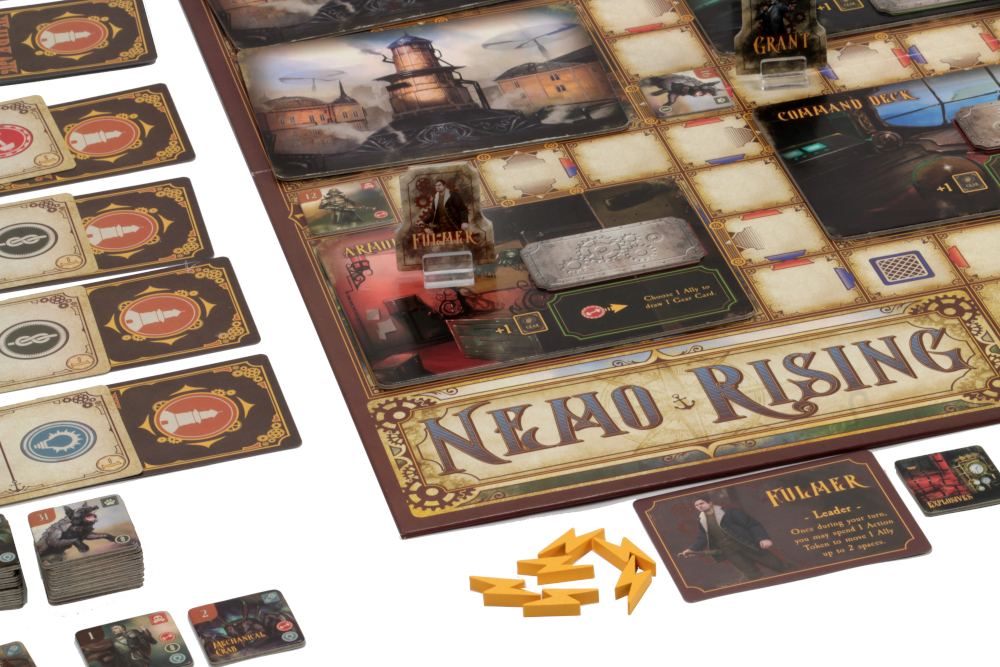 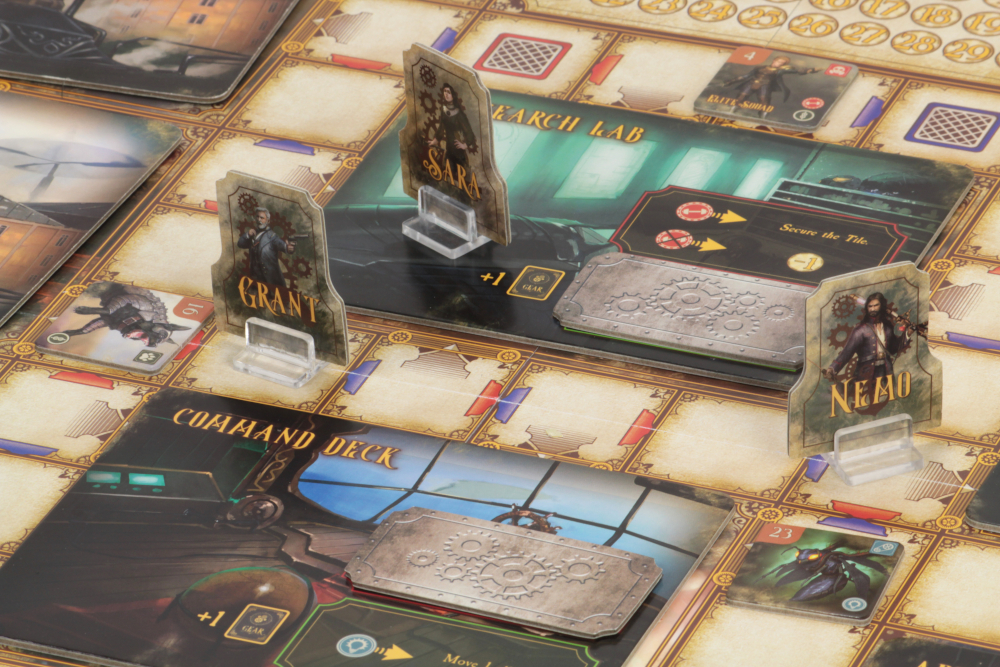 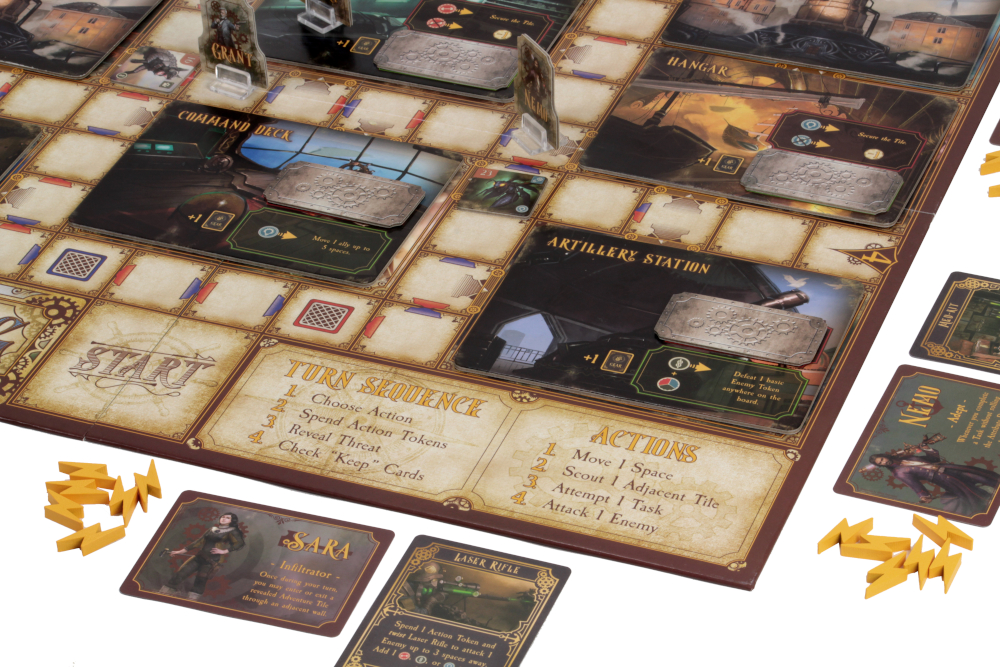 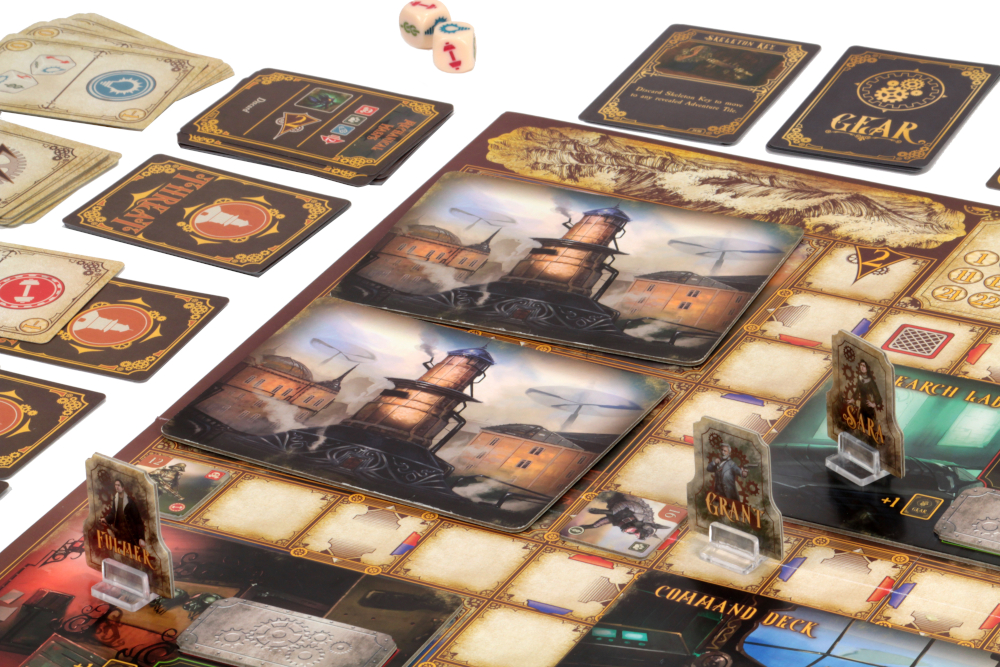 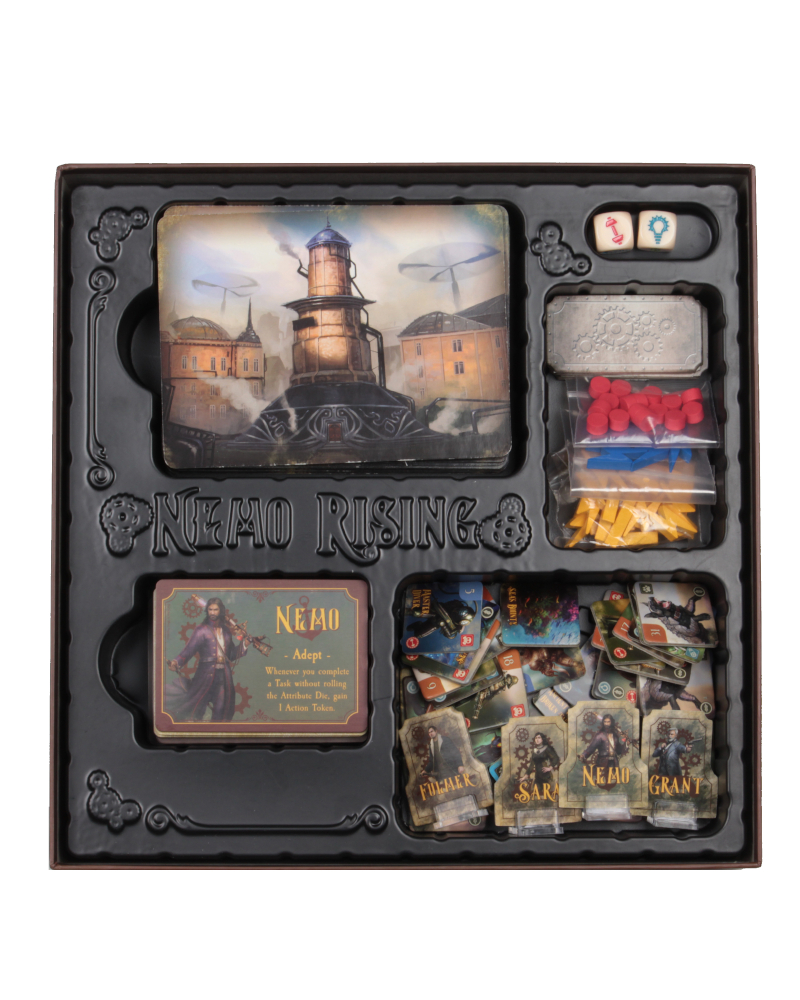 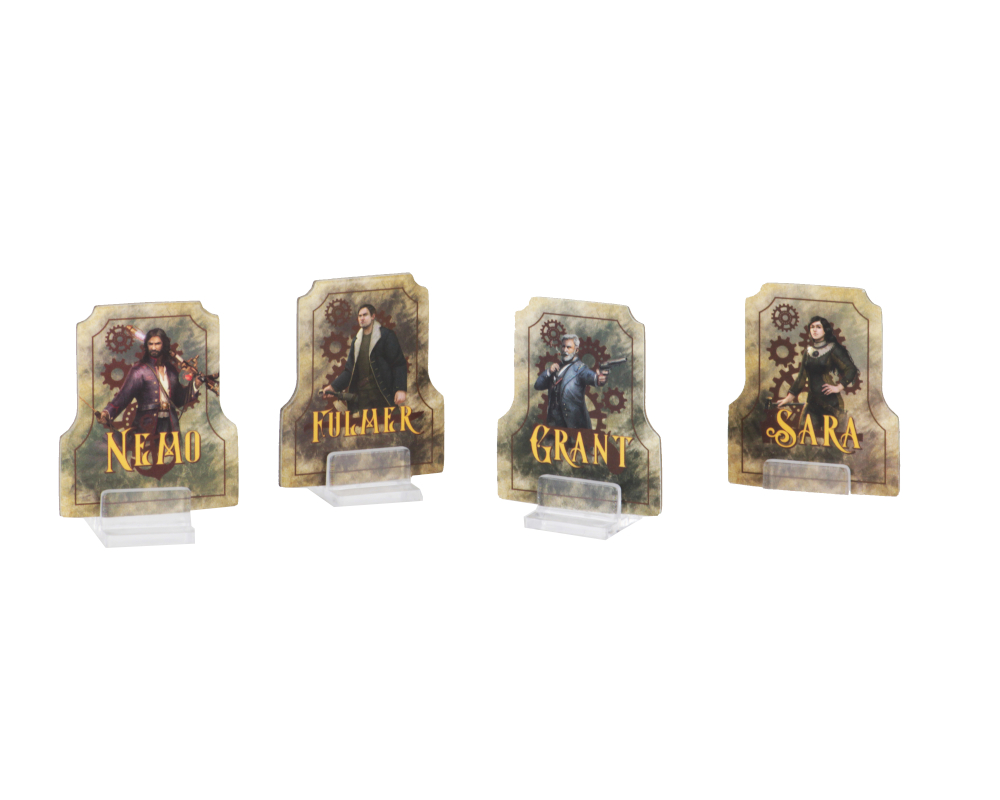 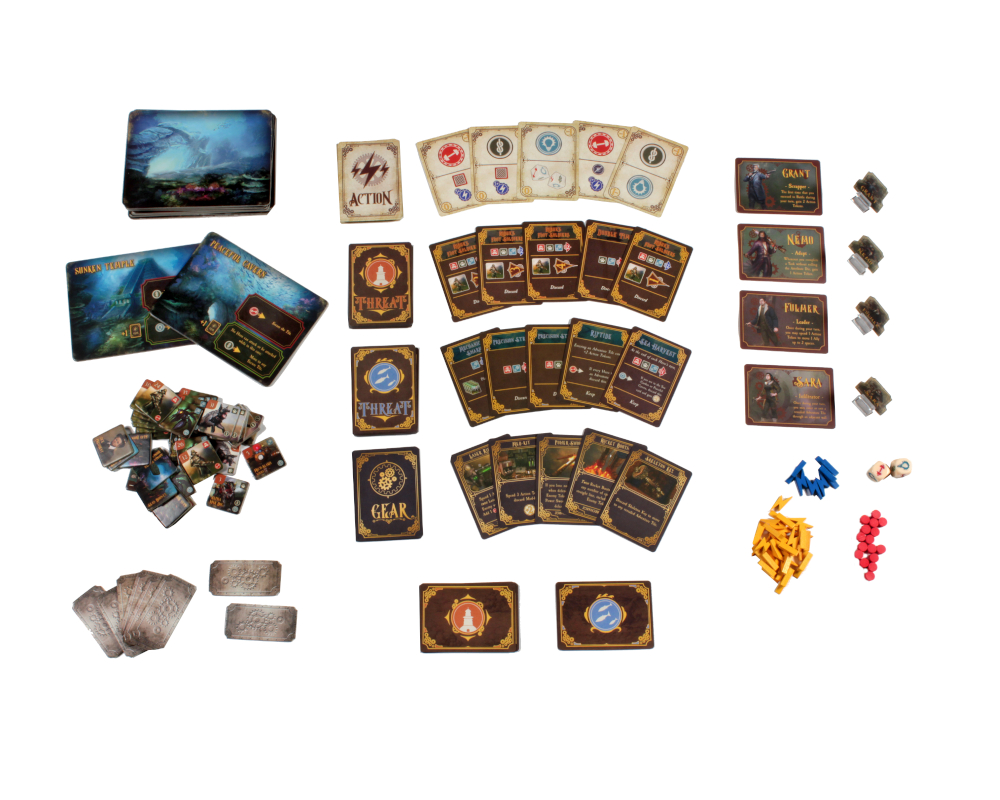 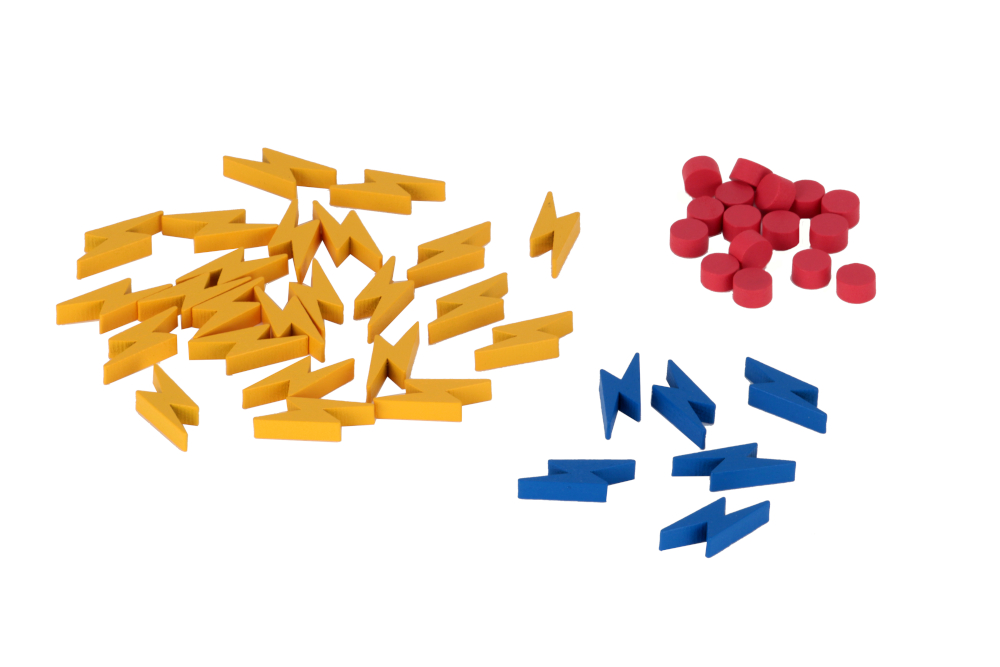 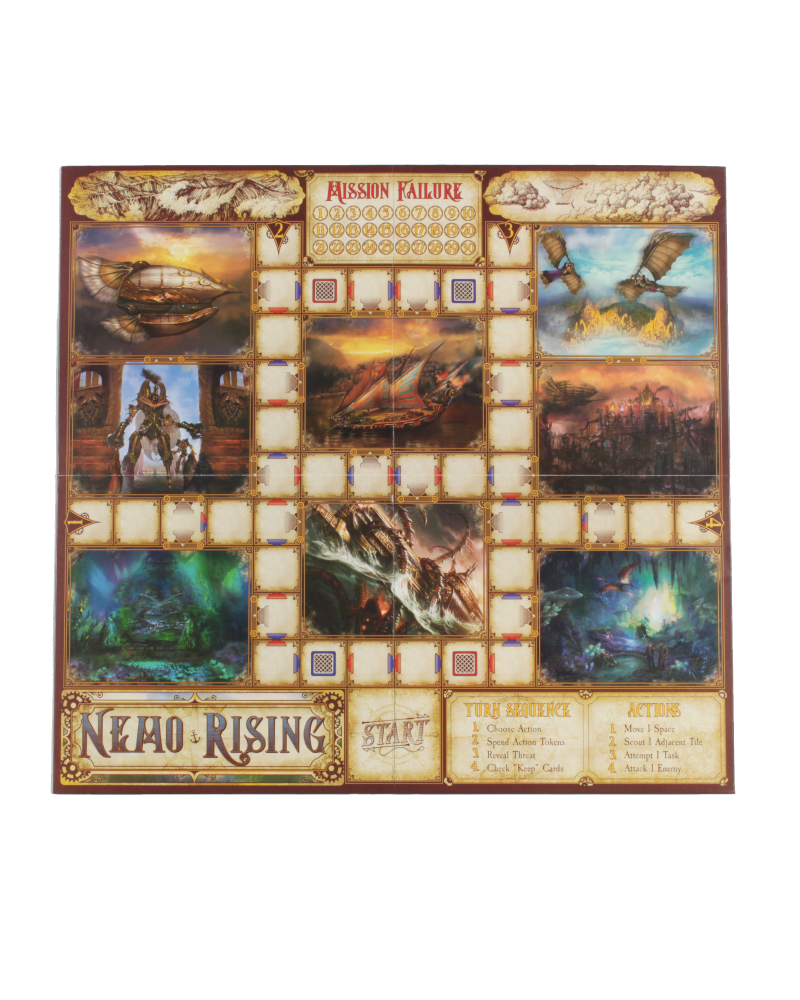