Tournament at Avalon takes players to the land where Excalibur was forged, building on the innovative mechanics of the original with new characters, cards, and mechanics, allowing players to focus on informal diplomacy or alliances alongside the standard combat of the original game. It’s a deep, challenging experience all on its own, with extra depth and complexity for players who own both games!

You play as a legendary character, battling opponents with weapon cards—Arrows, Swords, Deception, Sorcery, and even Alchemy. The more you injure your opponents, the better you fare in the tournament. However, even the most injured characters can make a complete comeback with the grace of Godsend cards and the aid of their special Companions. This trick-taking game ends when one opponent has been injured to the point of death. The player with the most health is then declared the Tournament victor!

In Tournament at Avalon, you’ll also have cards representing the legendary enchantress Morgan Le Fay, and a new set of Location panels, which grant additional advantages to a player when they are the host of a tournament round. And if you also have Tournament at Camelot, you can mix and match your favorite cards, playing with either ruleset or combine the two games to play an epic “Chaos of Battle” tournament with seven or eight players!

Praise for Tournament at Camelot

“One of my favorite trick-taking games of all time…it’s a gem.” –Sam Healey, The Dice Tower” 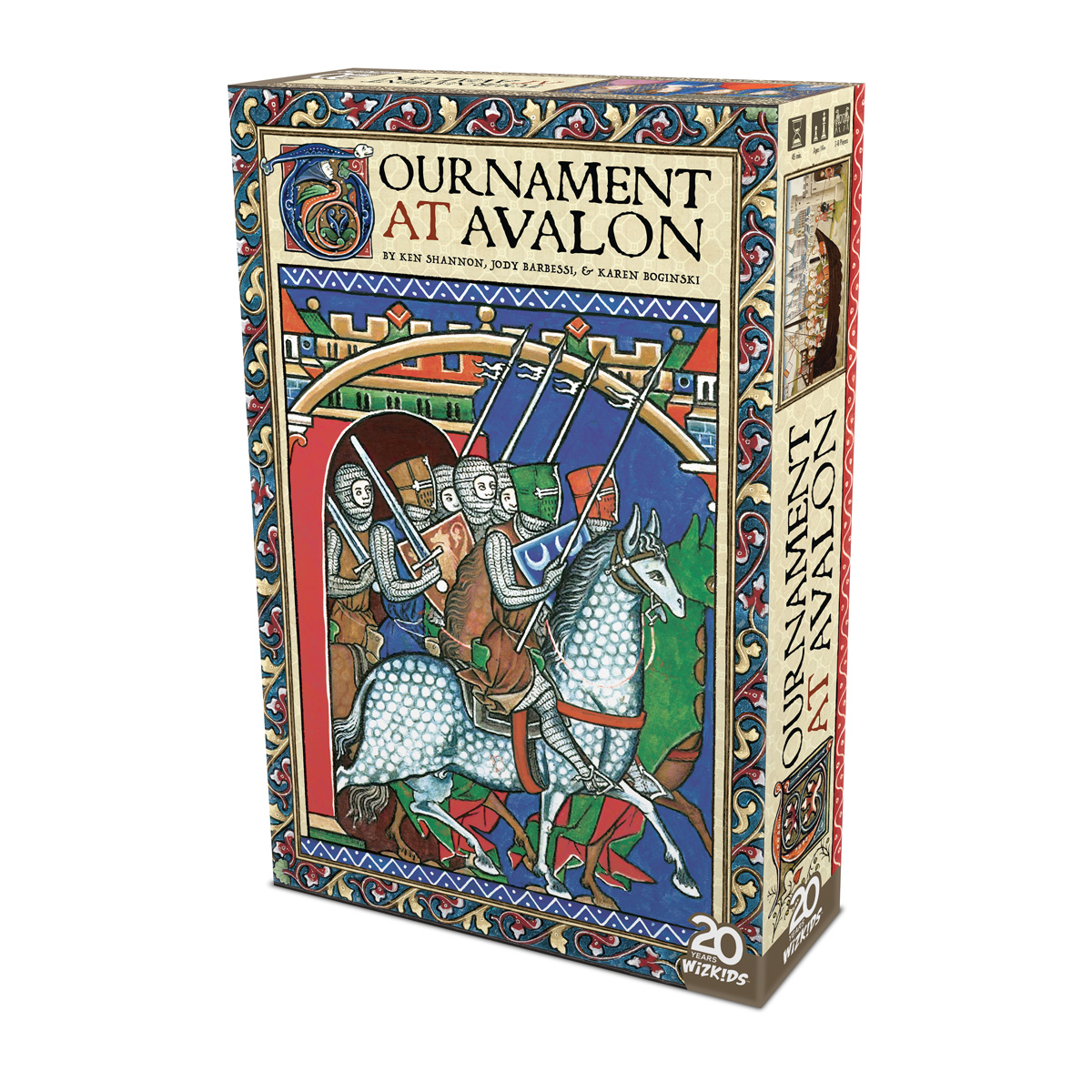 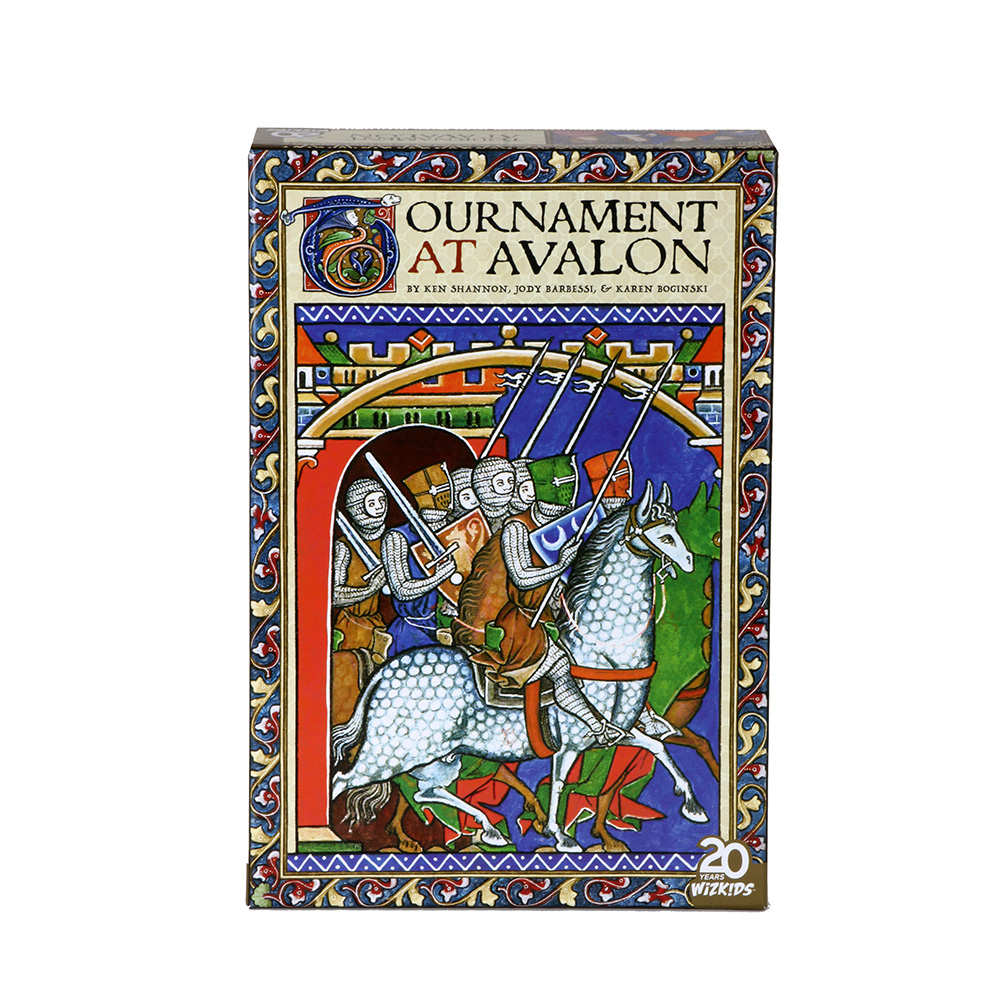 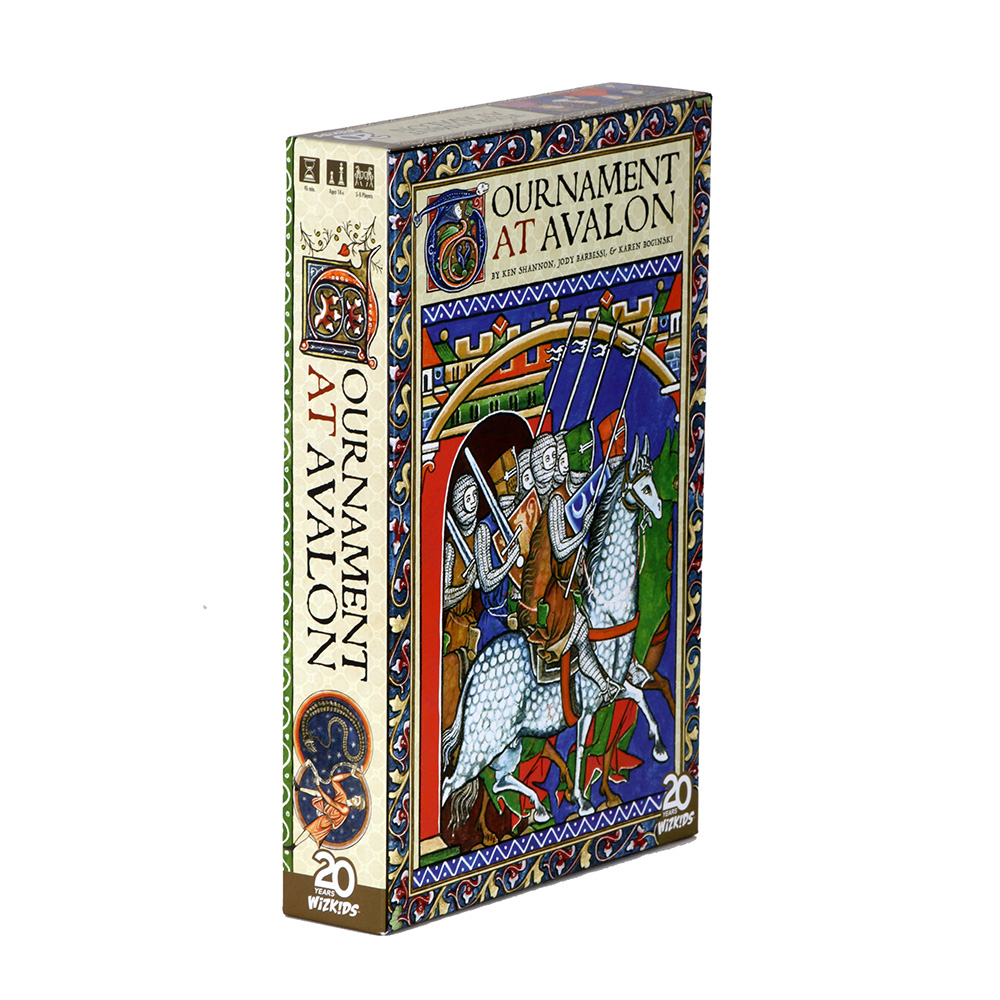 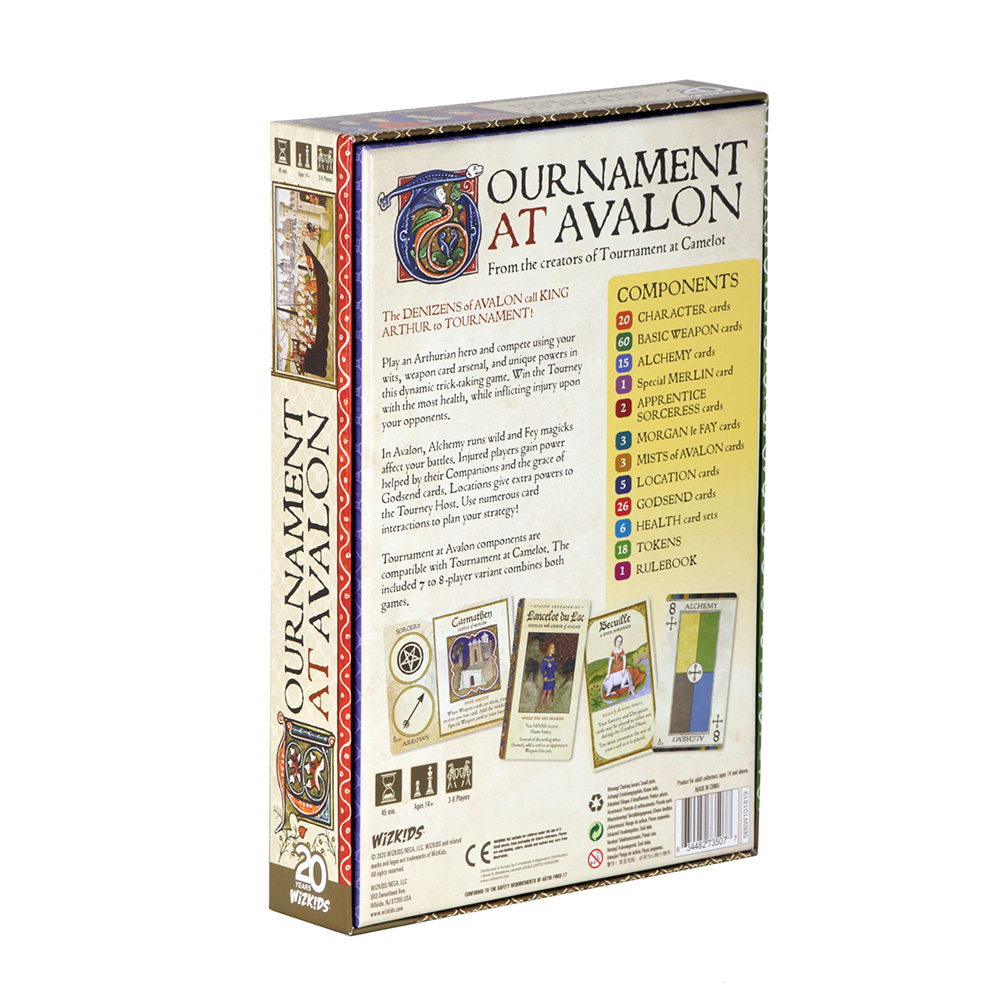 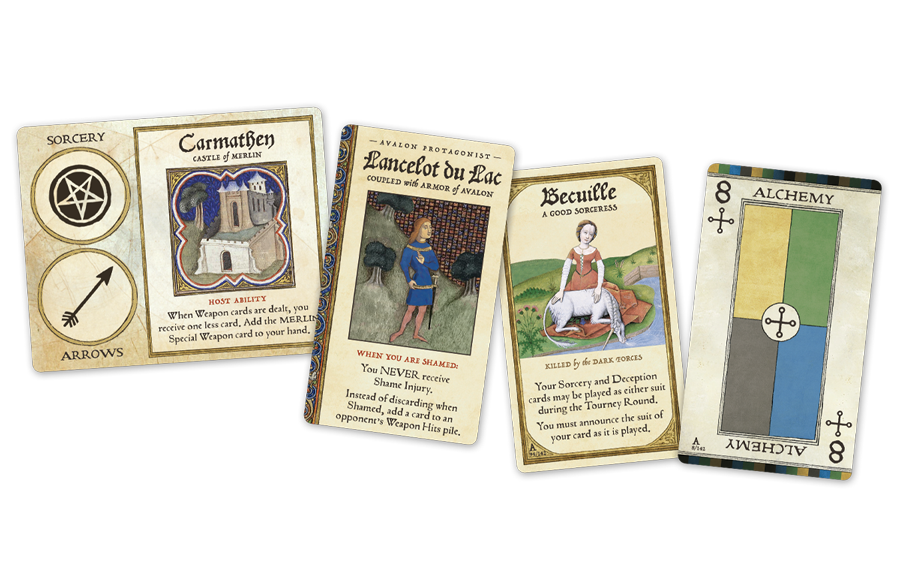 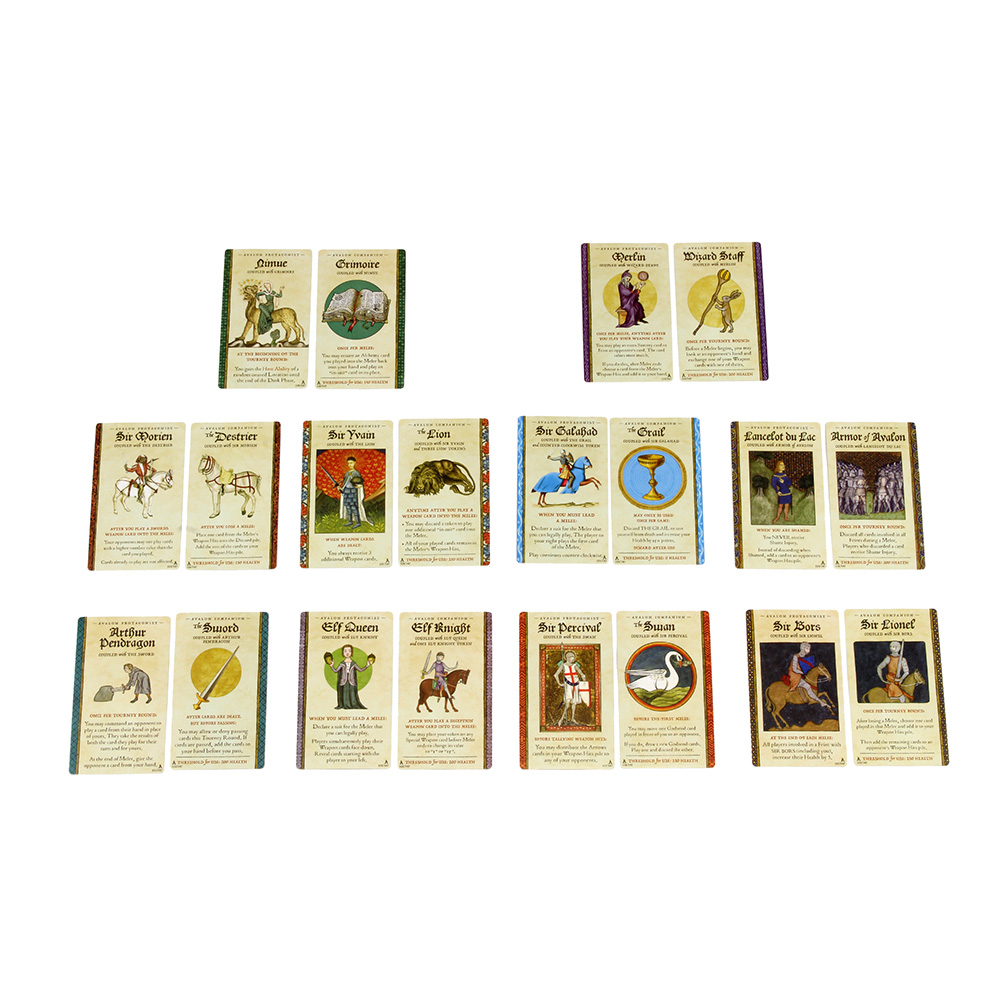 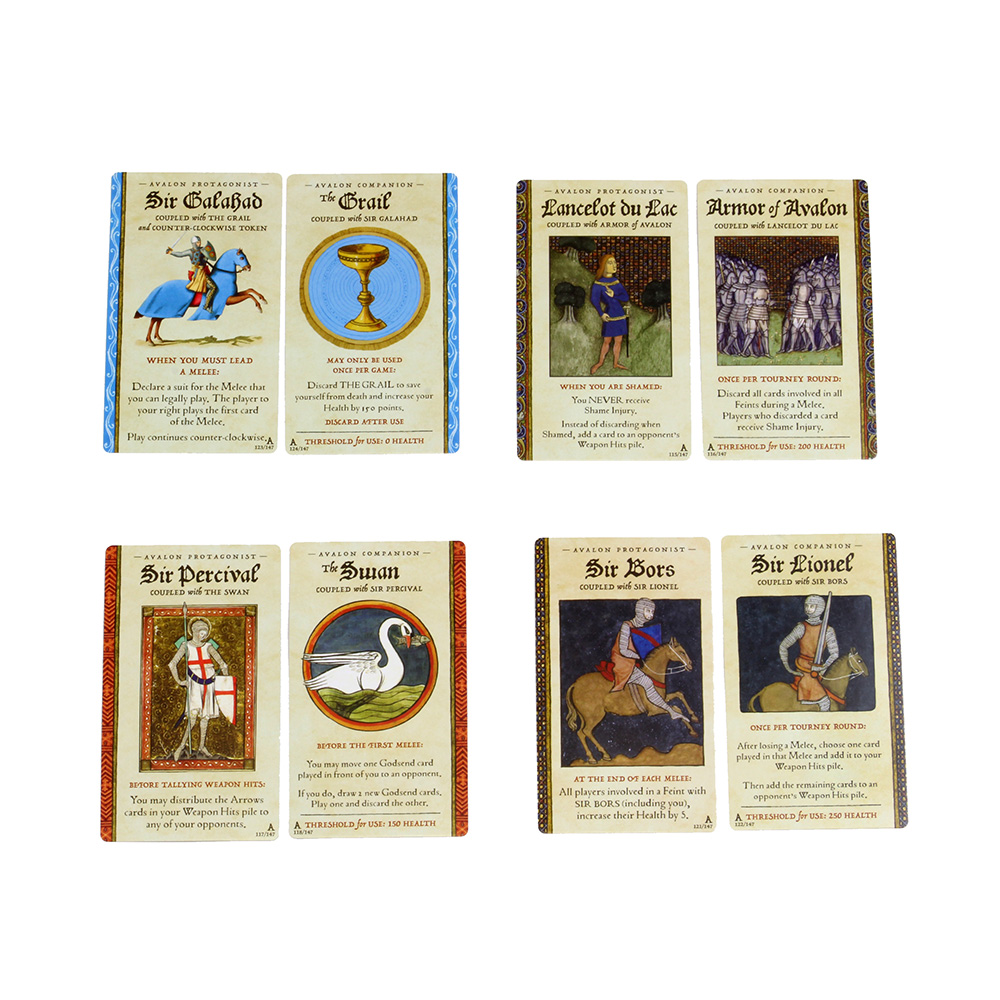 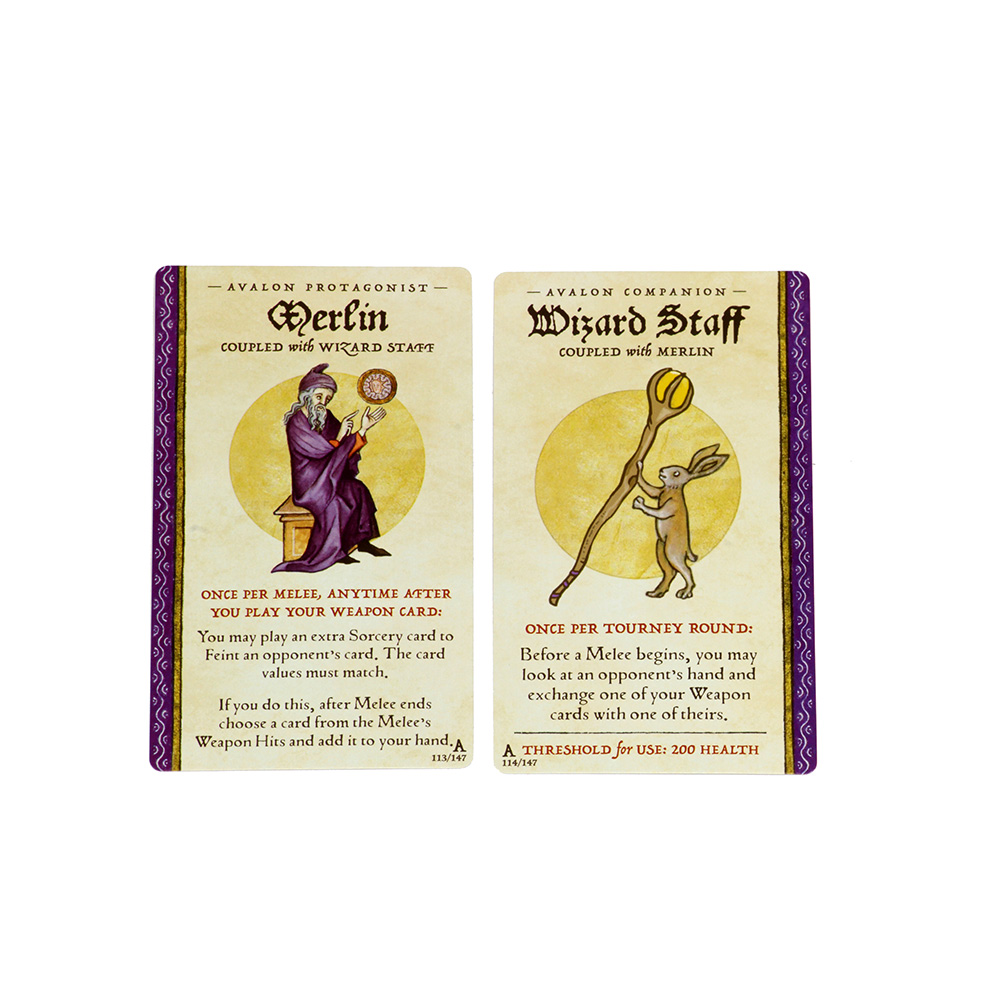 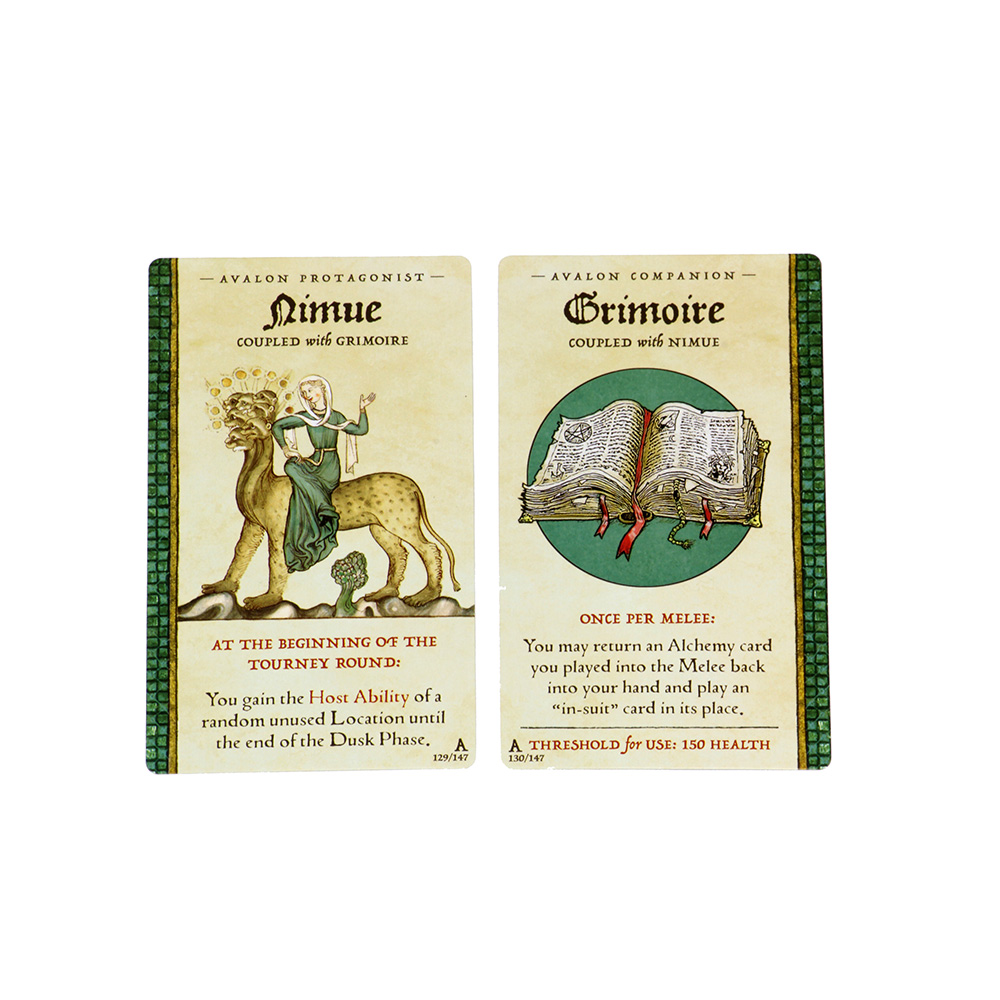 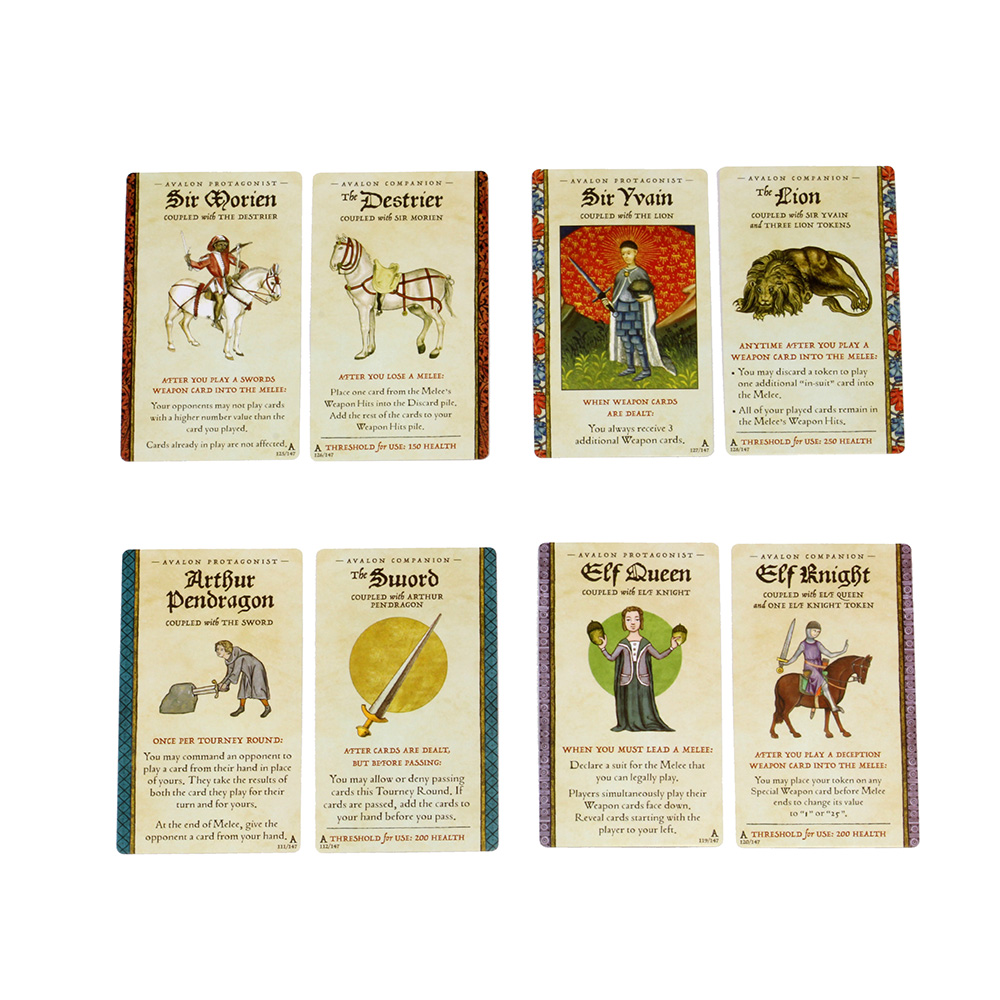 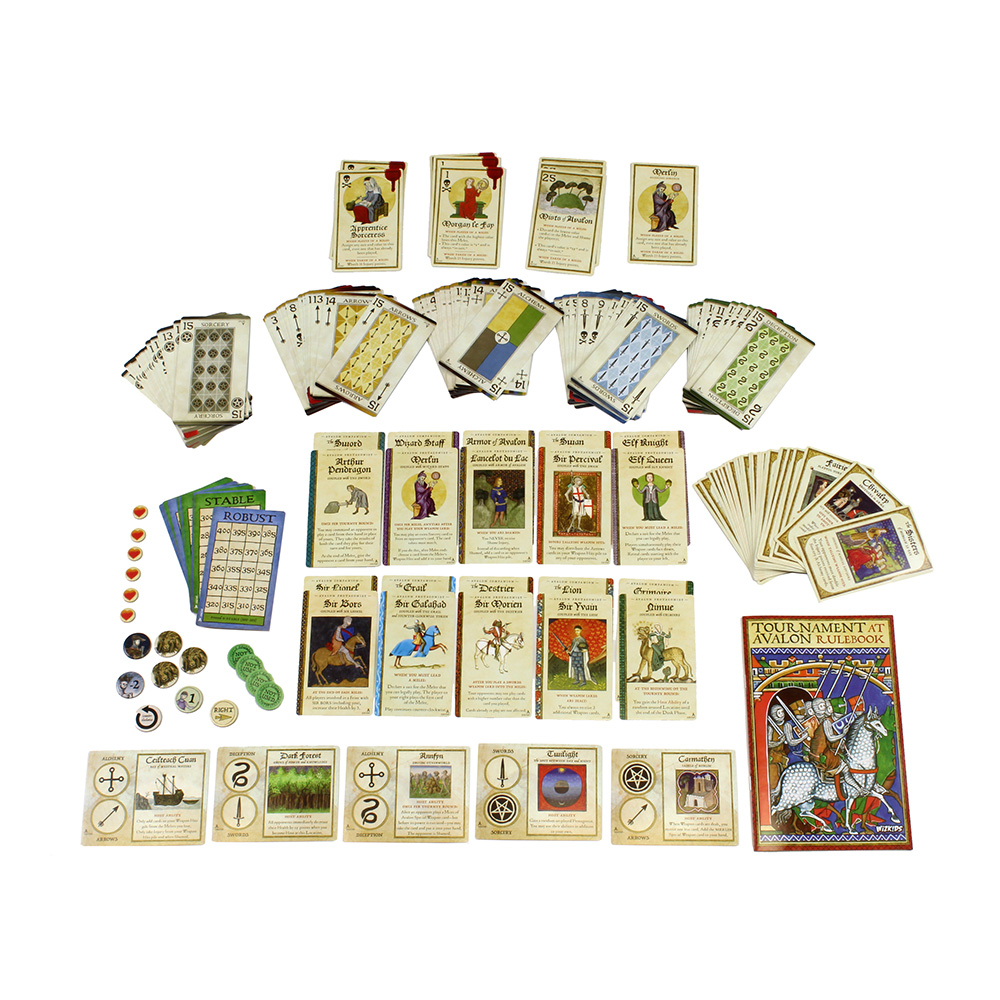