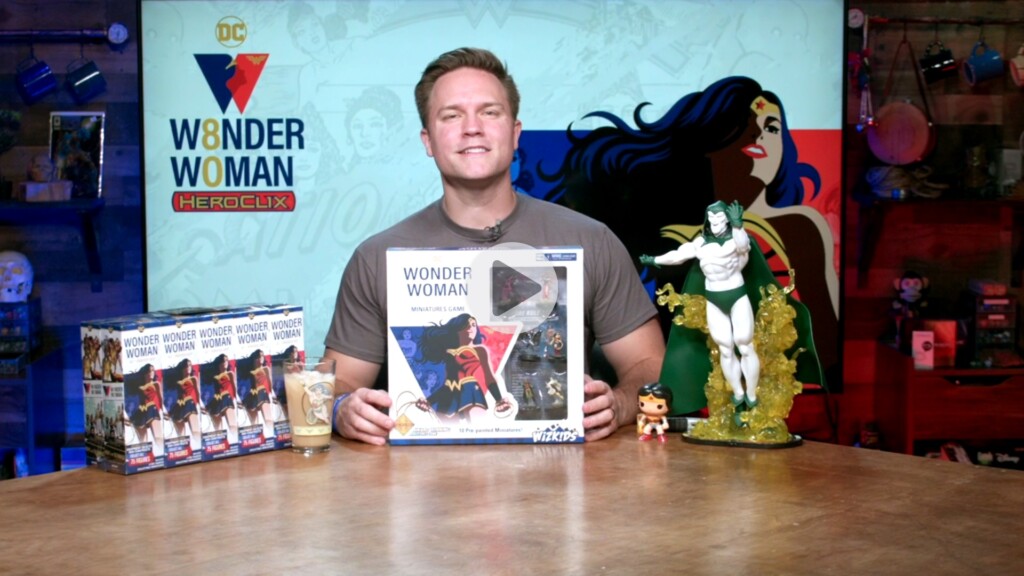 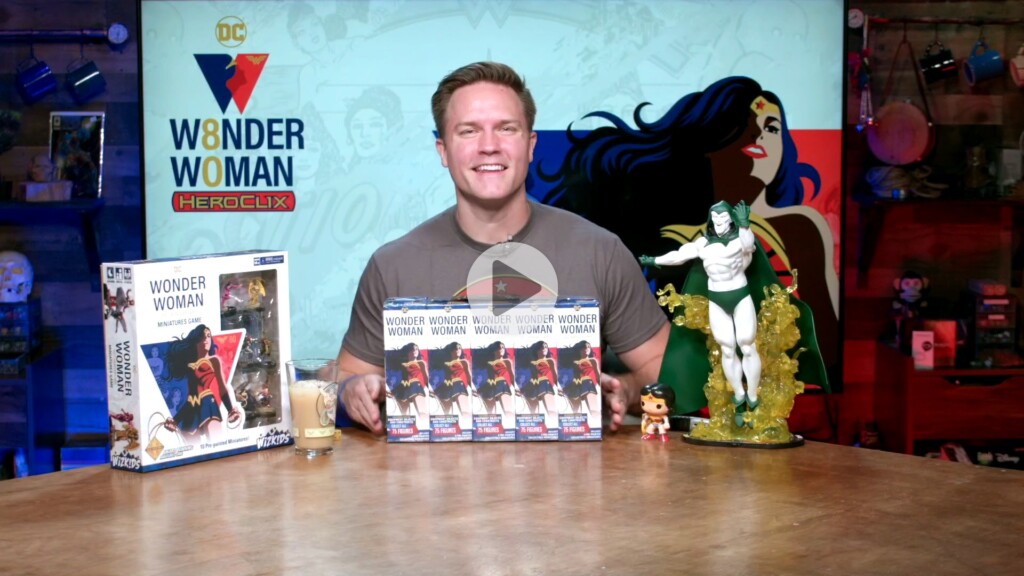 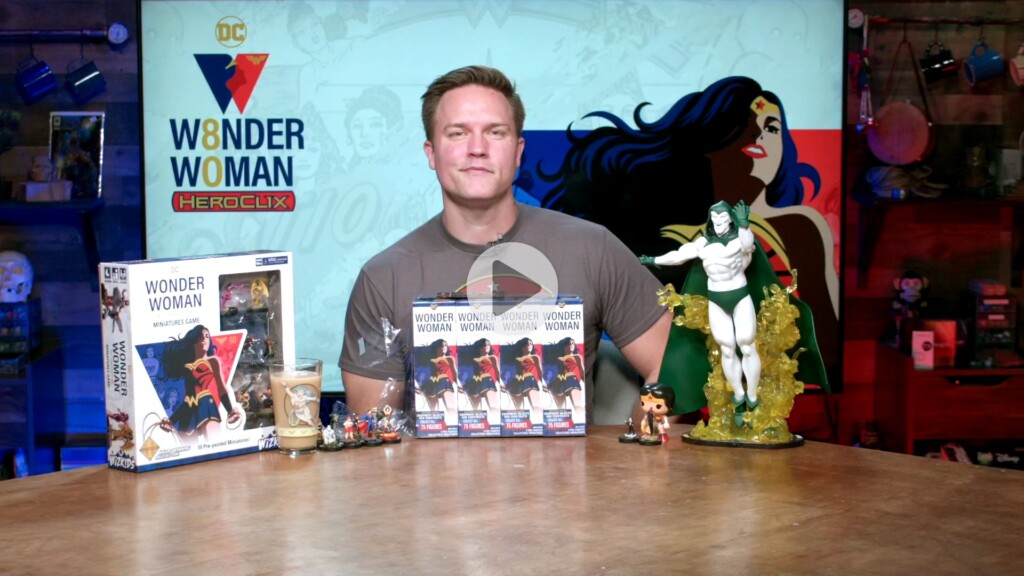 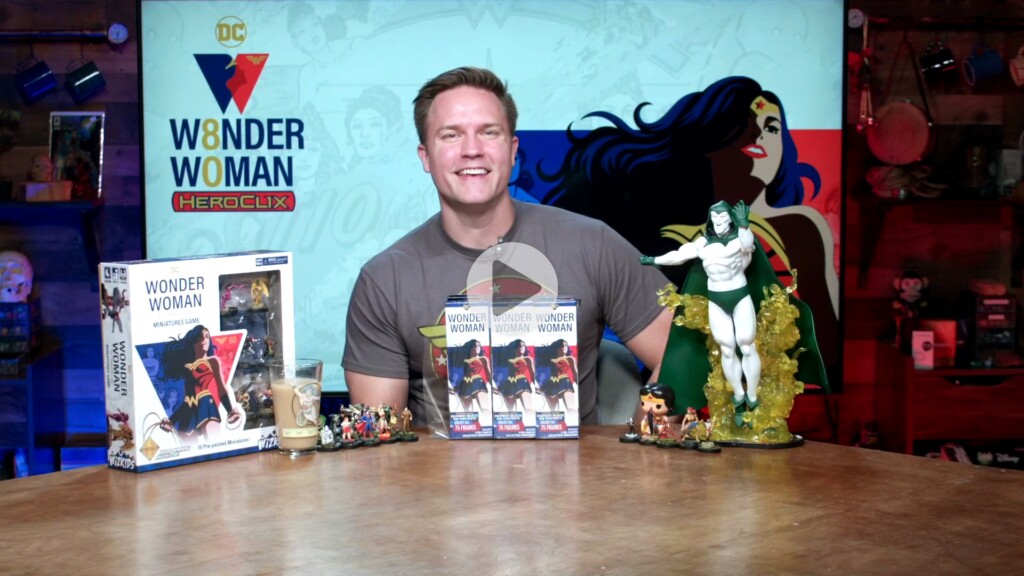 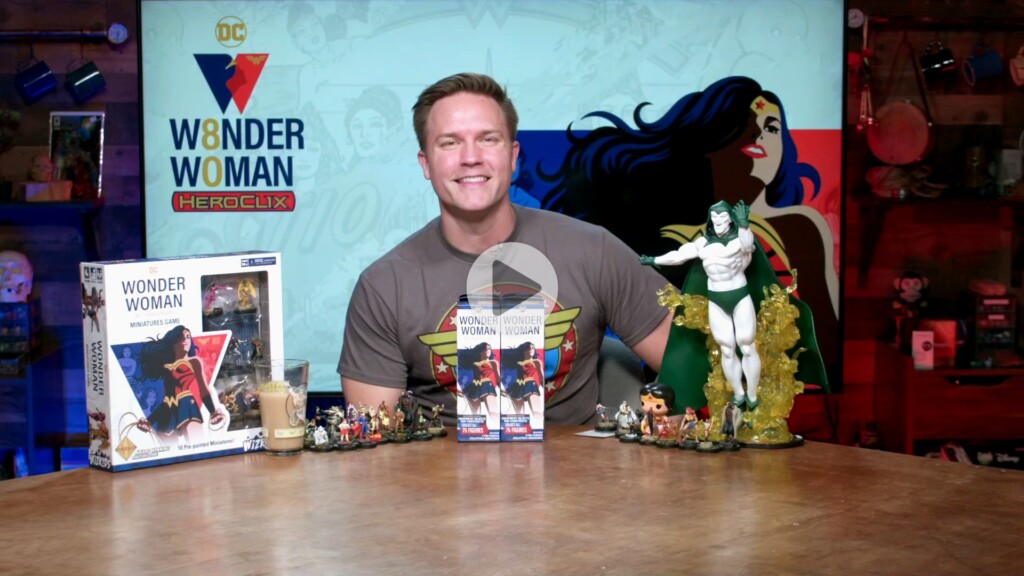 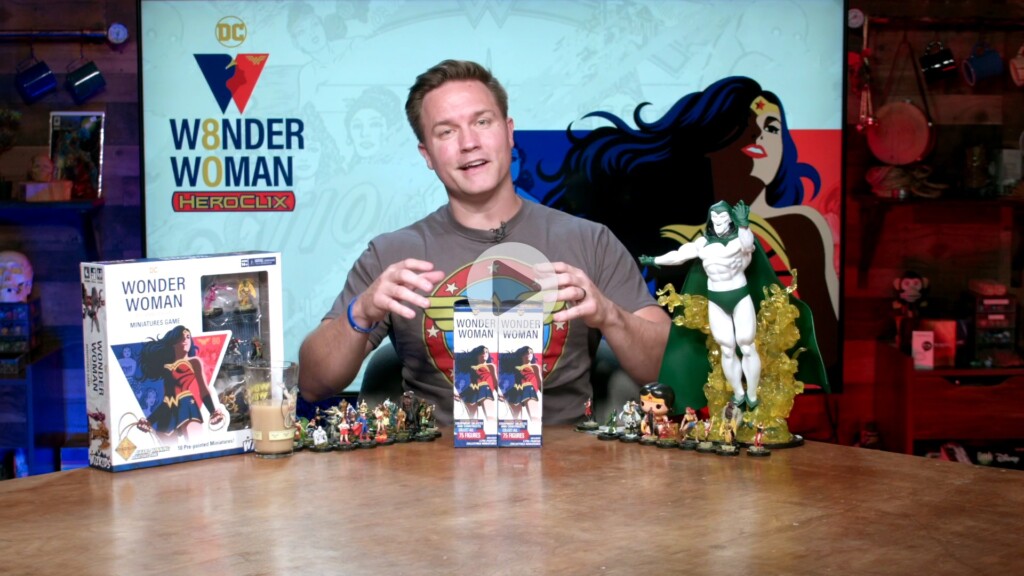 In the brand-new Wonder Woman 80th Anniversary miniatures game HeroClix release, players will find a new rulebook with updates and changes for HeroClix! Building upon the significant rules changes from a few years ago, we have prioritized our goal of making HeroClix more fun, faster, easier to learn and teach while retaining strategic choices for veterans. The new rulebook is beautifully presented in full color for the first time with helpful diagrams and straightforward language. There is a lot to love with HeroClix, and these changes will build upon that foundation and help existing players share the game with new players! 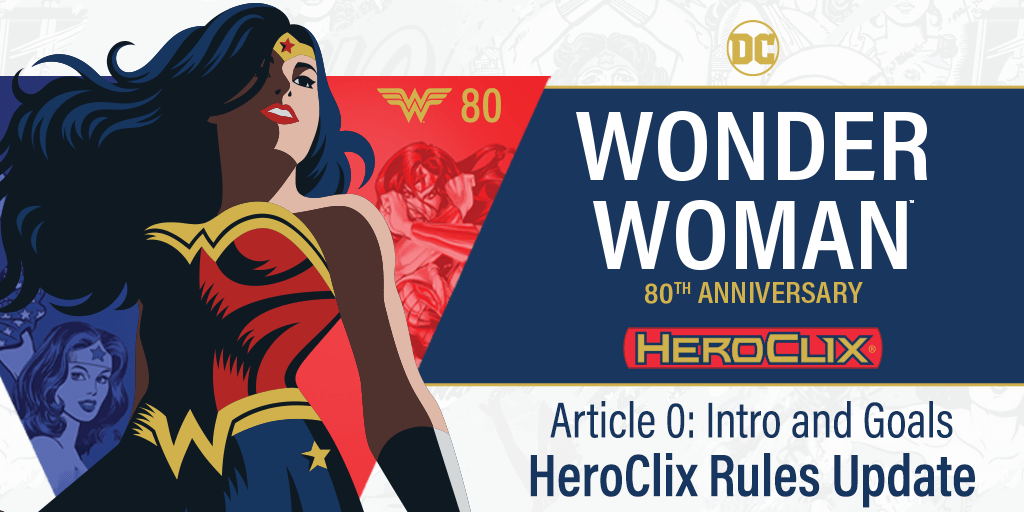 The team has worked hard to nudge the game from the last major round of changes. Rules you read about won’t be changed until the release of DC Comics HeroClix: Wonder Woman 80th Anniversary when the new rulebook is in-hand for players. Just like last time there were significant rules changes, we’ll reveal the full rules and PAC changes in advance of the product’s release. READ MORE 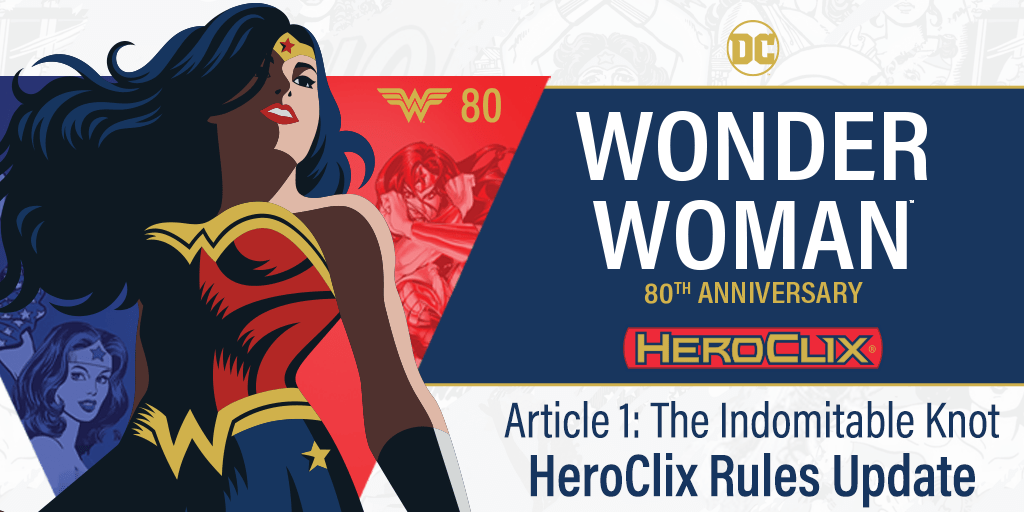 If you asked 100 HeroClix players what their favorite part of HeroClix is, we suspect you’d get at least 50 different answers. Some love superhero combat, others love playing their favorite teams from comic books, many people love collecting the pre-painted miniatures, and others have an entrenched love of the gameplay. READ MORE 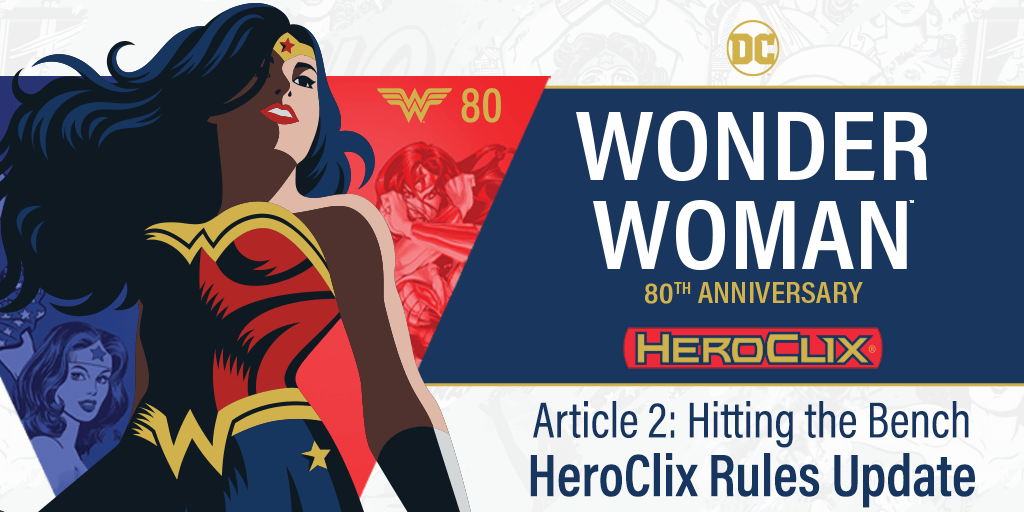 The Standard Powers in HeroClix are part of what makes it feasible to fit so much game play information onto the Combat Dial™. However, 48 Standard Powers is a lot of powers. When you consider all of the in-game terms a player needs to understand to play HeroClix, it’s a little over 100 terms. We wanted to make this less daunting without eliminating abilities from the game. READ MORE 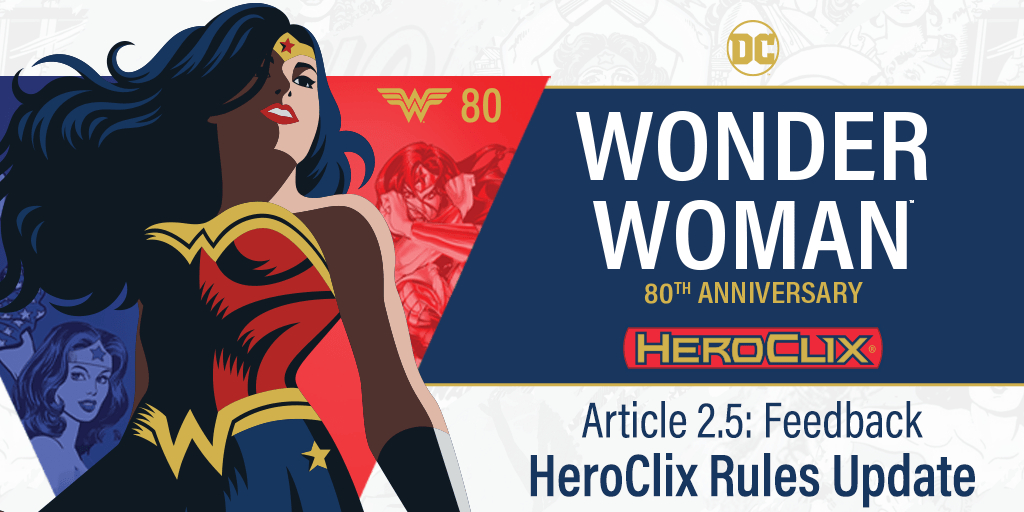 We appreciate that everyone has such strong feelings about HeroClix and are excited to work with the community to improve our plans. This week’s rules articles have been some of the most discussed HeroClix topics in recent memory. Our intent was to begin our explanation of the rules changes with what we believe are the biggest changes coming to HeroClix. READ MORE 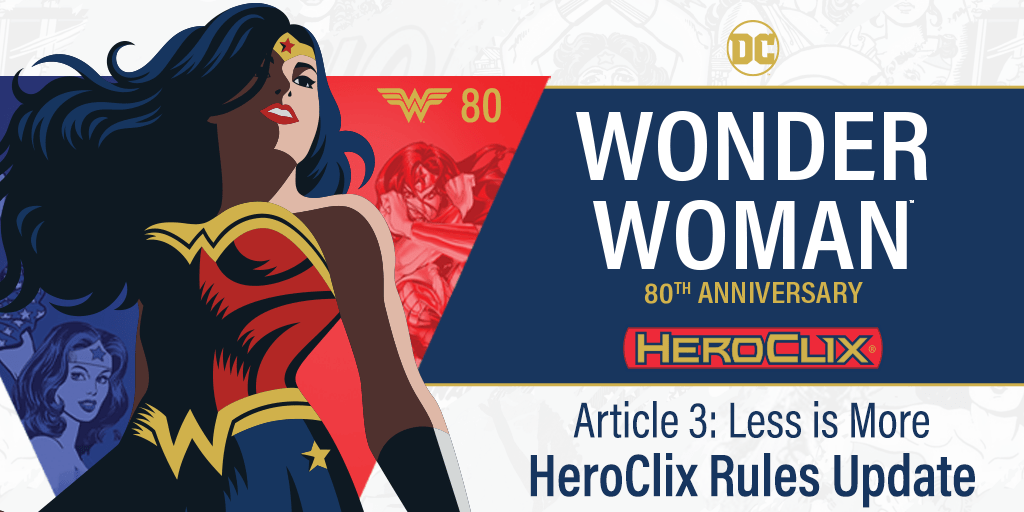 We’ve previously mentioned that typically we’re only delivering a “slice” of a character in a HeroClix dial – that slice might range from as wide as a particular storyline to as narrow as a particular scene. Most players have appreciated this because it leads to lower point characters so they can get more of what they want onto a team. It also means they can have more choices to build fun teams instead of feeling like most of their team is locked-in after including their ~150 point tentpole and a key support character at ~50 points. READ MORE 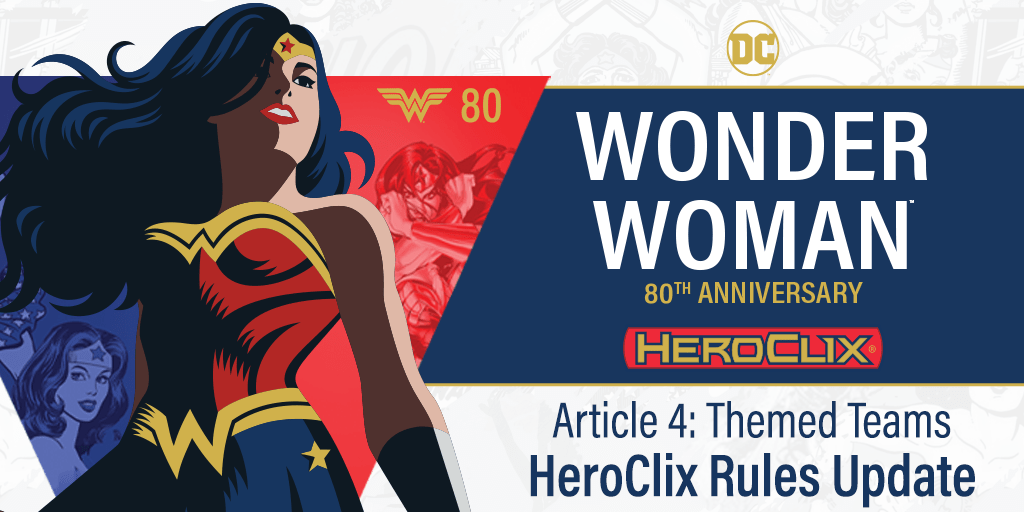 We’ve tried to walk through the process from beginning to end on some of the other changes to the rules and PAC we’ve described in preparing players for the changes that are coming in the 2021 HeroClix Rules Update, but for this one it’s simplest to start at the end: we’re eliminating the differences between Named and Generic Themed Teams. READ MORE

Article 5: From a Distance 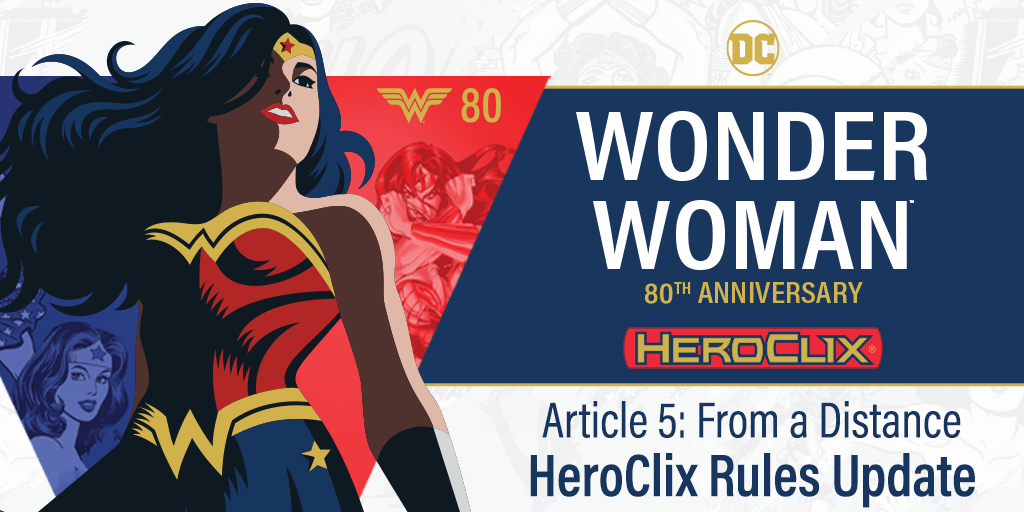 It’s no secret to HeroClix players that there are huge advantages to acting from a distance instead of up close. This isn’t just talking about range combat, it also means utilizing Hypersonic Speed (maybe even with Barrier to keep your opponents away after) or even utilizing buffs like Perplex and Krakoan Revival while out of range of opposing threats. READ MORE 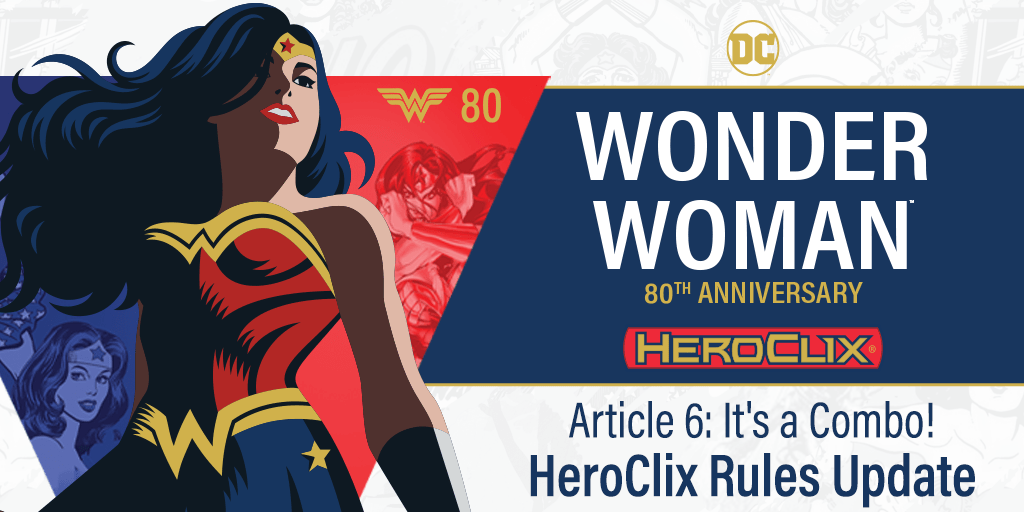 Today’s article is going to highlight some of the new combos that will be possible under the 2021 Powers and Abilities Card. At the end, we’re going to address some of the most common general rules questions we’ve gotten on the previous articles. READ MORE 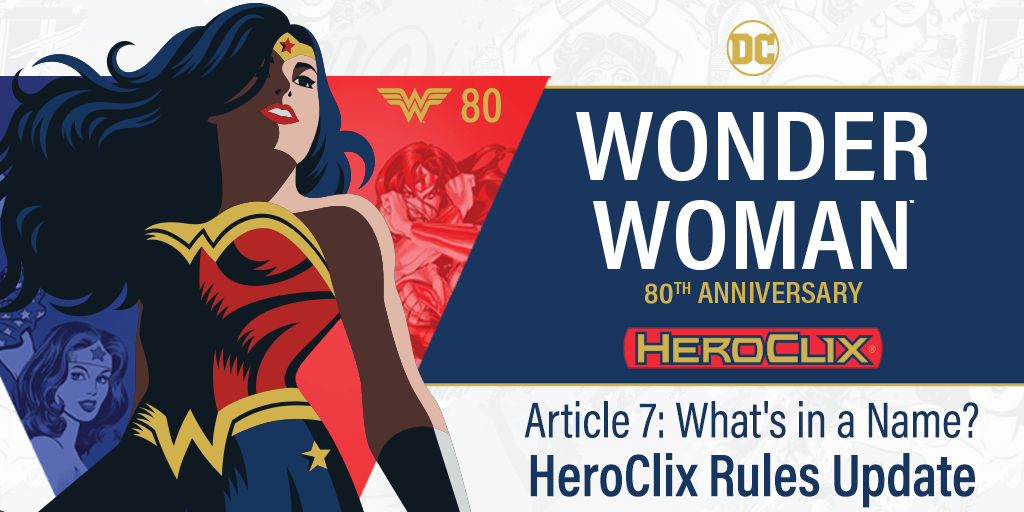 For some of the game terms in HeroClix, the primary change is how they’re communicated – the gameplay will mostly be the same. We’ve previously heard that simpler and more concise language for some of HeroClix’s concepts was desired by members of the community. READ MORE