About a month ago in the HeroClix Skirmish – Rules Update article we mentioned an update to the Banned, Restricted, and Watch List. Players should still stay tuned for future announcement regarding the release of an official format. For future reference, we recommend players bookmark this page for any further updates.

We wanted to lead with the three categories of figures that are problematic for Skirmish play. Then, the figures in each category, and finally why each figure landed in the spot that it did. This list may update more frequently when it is new since we’re trying to settle the format into a good place.

Banned figures represent a bad game experience. They might be overpowered, unfun, or totally confusing. Even 1 such figure being on the map is a huge problem that would make people not want to play or make playing feel pointless. 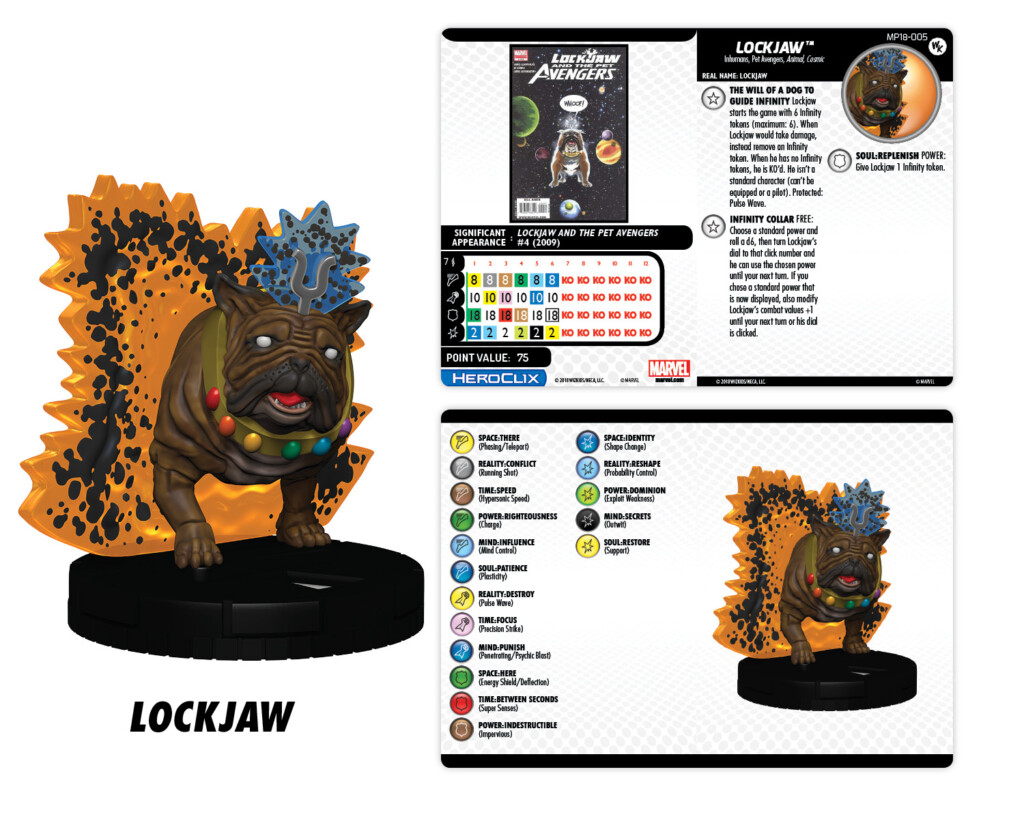 Lockjaw can’t practically soak up unlimited damage, but can take far more damage than he would in a normal game of HeroClix. Furthermore, the random positioning of characters at the start of the game might actually be a huge bonus to him that he’ll be able to put some serious hurt on your opponents while support pieces keep him safe if he’s in danger.

The Batman Who Laughs 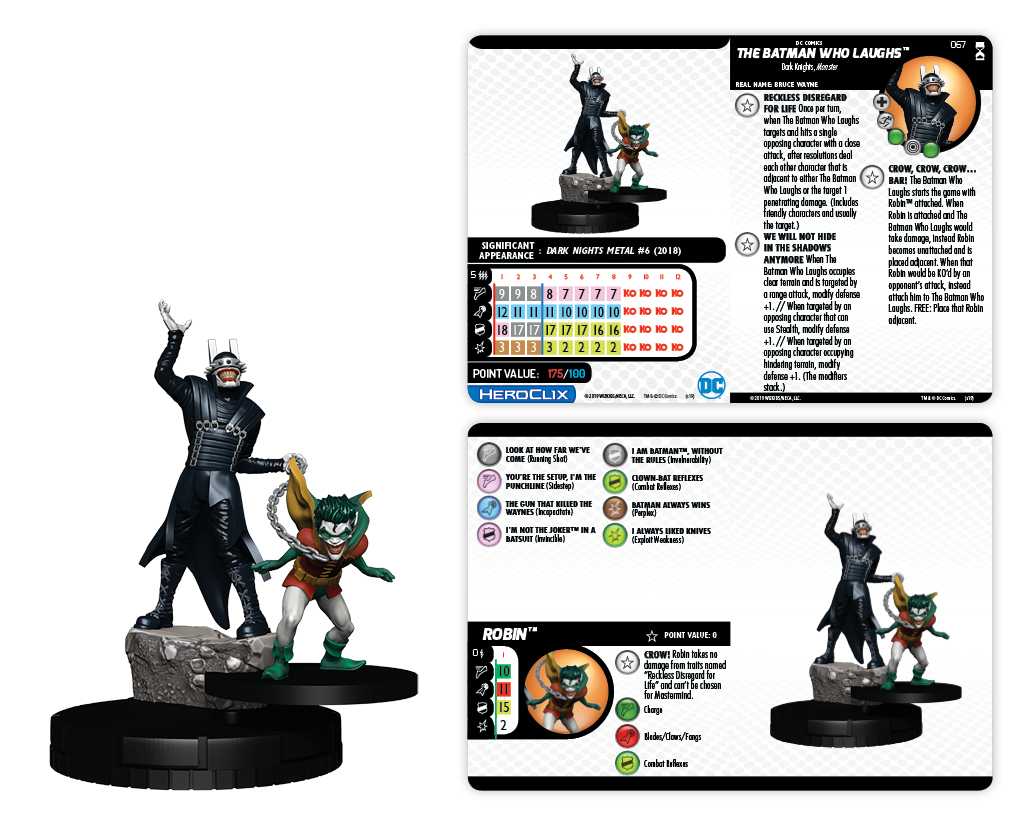 The Batman Who Laughs’s CROW, CROW, CROW… BAR! has a problematic effect that he can soak up an unlimited amount of damage. The format is more fun without effects like this. 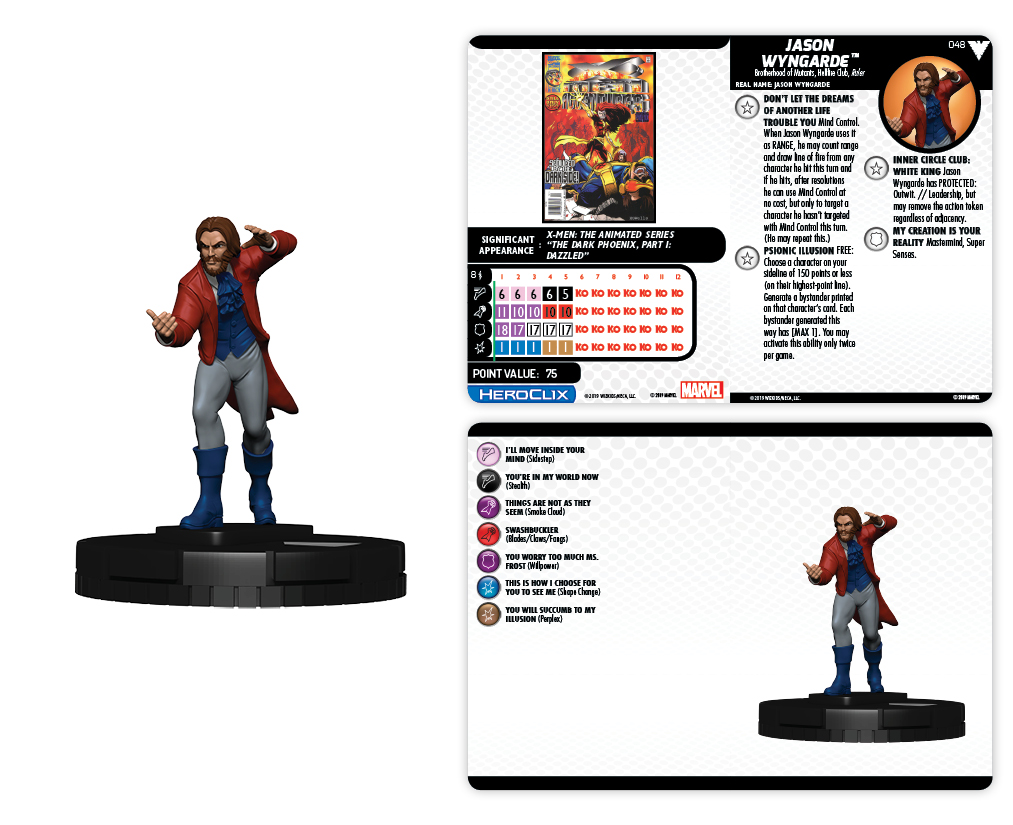 Jason potentially can Mind Control all of your opponent’s characters if you get lucky with DON’T LET THE DREAMS OF ANOTHER LIFE TROUBLE YOU and that’s a negative play experience. A single instance of Perplex on your team could wildly increase the odds of this ability getting out of hand. Jason even has PROTECTED: Outwit further diminishing your options against him.

For only 10 points you’ll be able to tack on Flurry and Giant Reach: 2 to your biggest character. Given the tight, pro-combat nature of Skirmish, this grants an incredible advantage to the player able to make a Flurry with Octopus Arms first, potentially removing a lot of the tactics and strategy that Skirmish is trying to encourage.

Your opponent will need to attack Cap 7 times to KO him at minimum. With 6 range, 3 damage, and modifiers to increase his utility (Close Combat Expert, the Infinity Gauntlet). He may knock a character back 10+ squares and disable their utility and positioning. There’s a chance he decimates an entire team in the time it takes your opponent to put a dent in him, while being forced to work their way through Sidestep, Charge/Close Combat Expert, and Barrier markers. 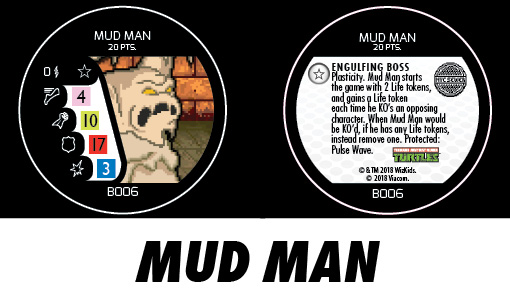 Mud Man provides a ton of value for 20 points and playing against 10 or 15 of them would take forever and be totally unfun. A single Mud Man on a team however is likely to be powerful and force your opponent to choose between dealing with him as a nuisance or addressing your other threats. If Mud Man sees an unreasonable amount of usage he may move to the Banned list.

Jean Grey on the surface seems to be an unusual inclusion, until you deal damage to her and get to her THE PHOENIX UNBOUND Special Defense Power. This amount of damage and the range of this effect (especially in Skirmish) can skew a match in one’s favor and seeing multiples of her would create an unfun scenario. She’s Restricted for now, but if she has an unfun or toxic effect on tournaments she may become Banned in the future. 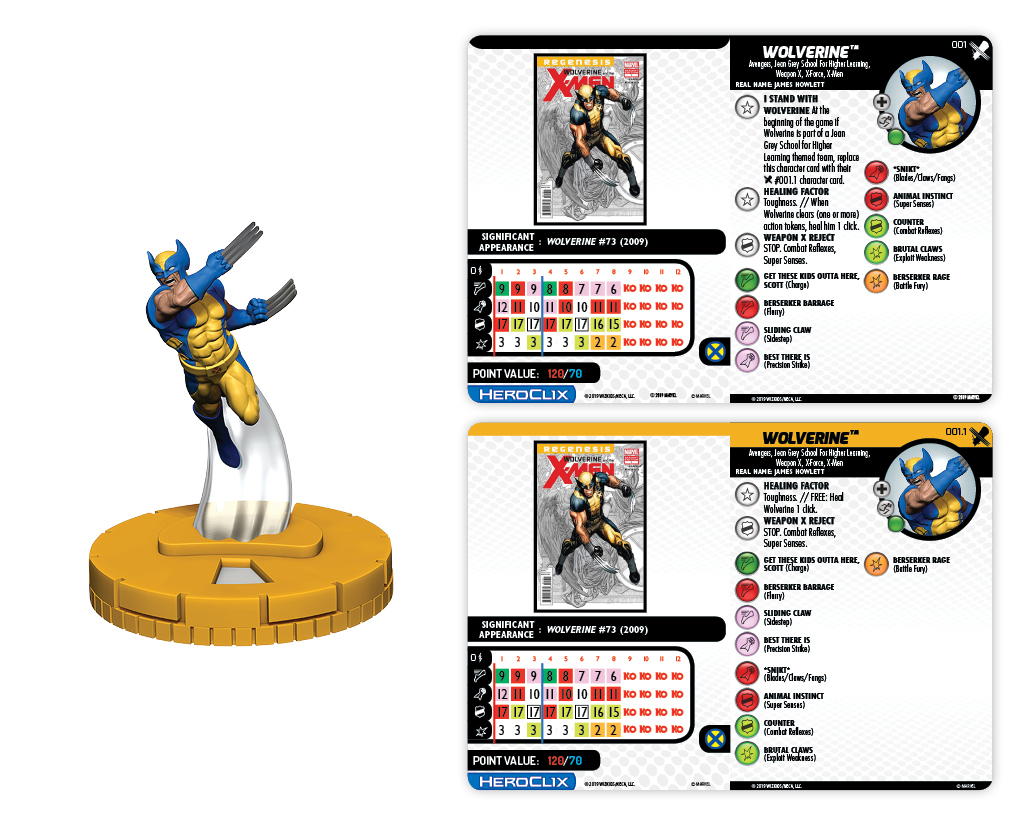 If you played in Regenesis this Summer, you heard about Wolverine. His STOP clicks could be oppressive against some teams in a format with other restrictions like Skirmish has. Players will still get to use him if they’d like, but will be limited to 1. 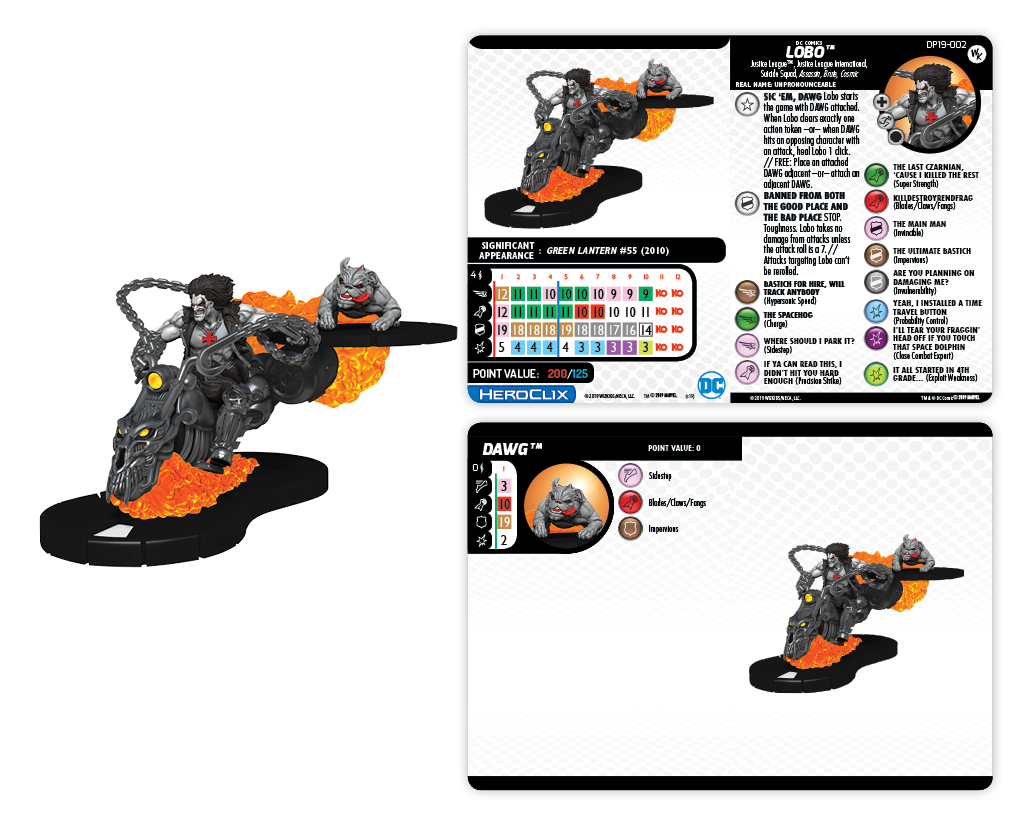 With a special defense power called BANNED FROM THE GOOD PLACE AND THE BAD PLACE, it seems fitting that Lobo needed to be looked at. Once on that STOP click, hitting him can be a chore and if able to play multiple can create extremely undesirable game situation for all involved.

They are already Unique and cannot be restricted. They can absorb all but 1 damage while they have less than 2 Error tokens and have ways to circumvent how much damage they can give with some of their powers and abilities which may prove to be unbalanced for this format. For now, they are allowed, but they will be closely monitored. We suspect that these figures by themselves won’t become problematic, but there may be interactions with other game elements that make them too powerful.

As before, we’ll be opening up the email gamefeedback@wizkids.com until we release this as an official format. Please note that we will not be able to reply to all these emails, but we will be reading and taking your concerns into consideration. We hope you’ve been enjoying the Skirmish format, and if you haven’t tried it out yet we hope you do soon!