Isaac got started playing HeroClix with his Dad, Ed Arnold-Berkovits, along with friends Scott Cramton and Matthew Esbrook. He wanted in on the action at age 6 and was eager to play, despite barely knowing how to read.

He started with just movement and combat values and nothing else. Within the year he learned to use Speed Powers with “Move and Attack Powers” like Charge, Running Shot, and Hypersonic Speed. He picked a favorite figure and would use it all the time because it looked so cool. 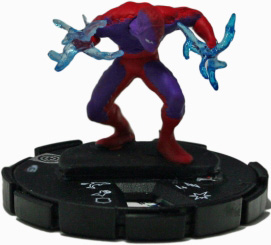 Isaac went from a beginner to becoming an expert because there were three stores near him that all played HeroClix. New World Manga in Livingston NJ, A Little Shop of Comics in Scotch Plains NJ, and Highlander Games in Boonton, NJ. The three stores were at different skill levels. One store mostly had people playing casually, another store had competitive players, and another store had National-Championship-Winning players.

After leveling up locally, he wanted to travel and compete and it didn’t take long as Isaac won the ROC Cup in 2015, the U.S. National Championships in 2018, and a handful of WKOs and ROC State Championships along the way.

Isaac’s Dad recalls that he began to move figures around the board and thinking about or planning his moves for his current and future turns. He’d count out squares for movement for Running Shot, he would make sure he could have a line of fire to his target, while making it as difficult as possible for the opponent to attack safely on their turn. It started the ball rolling for Isaac to begin planning about terrain, and how even though HeroClix is played on a flat map there’s plenty of complexity to the map in regard to positioning.

Isaac, now aged 14, picked his team because the tournament was coming up fast, and he was trying to respond to the metagame, especially with new sets being released since U.S. Nationals. The Q/Trelane-Combo caught his eye as Isaac knew that guaranteeing damage with dice manipulation could help bring him to the top, as well offer a way to manipulate opposing attack rolls to potentially miss. Action economy was also going to be critical, Groot only being 20pts was an obvious choice to receive Action Total +1. Gardener and other characters with access to Sidestep which is a free action, helped Isaac capitalize on the positioning lessons he’s been learning all along. He’s got all of the pieces you expect on a HeroClix team, like a taxi, long range attacker (Astronomer), short range attacker (Gardener), and support figures that help make your opponent miss. 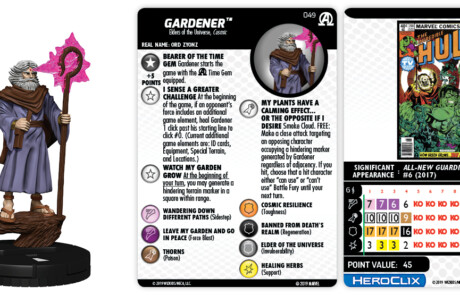 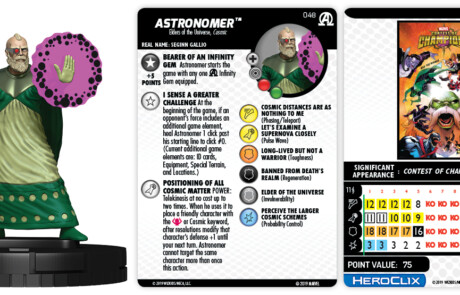 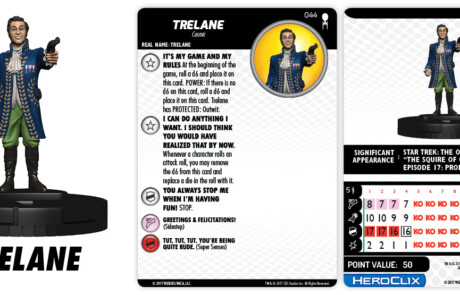 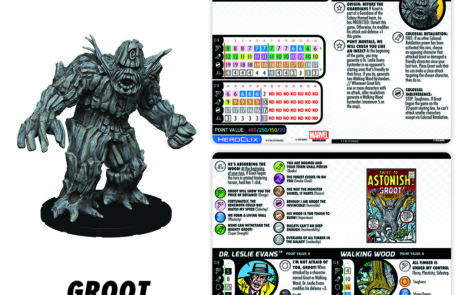 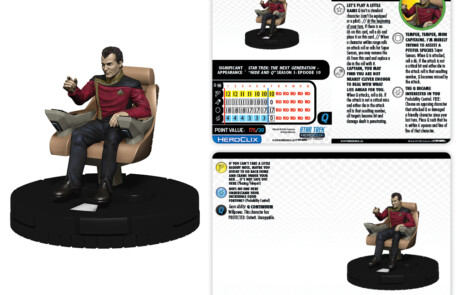 Cosmic is an incredibly strong keyword that Isaac took advantage of to help him get his desired map choice. However, the few times where he lost map roll, still be able to execute his strategy.

Online Clix is a big help for people who don’t have a strong local scene – Isaac is lucky to live in an area with three strong communities, but he isn’t able to drive himself there! Isaac’s Dad Ed remembers a time before Skype games where he would (infrequently) play via cellphone with a playtest partner.

Funny enough – games have been run for Isaac and Ed for many years by the 2008 HeroClix World Champion Ben Cheung!