Hillside, NJ – February 4, 2020 – WizKids is thrilled to announce that Blade Runner 2049: Nexus Protocol, a new deduction game based on the iconic sci-fi classic, is coming soon! 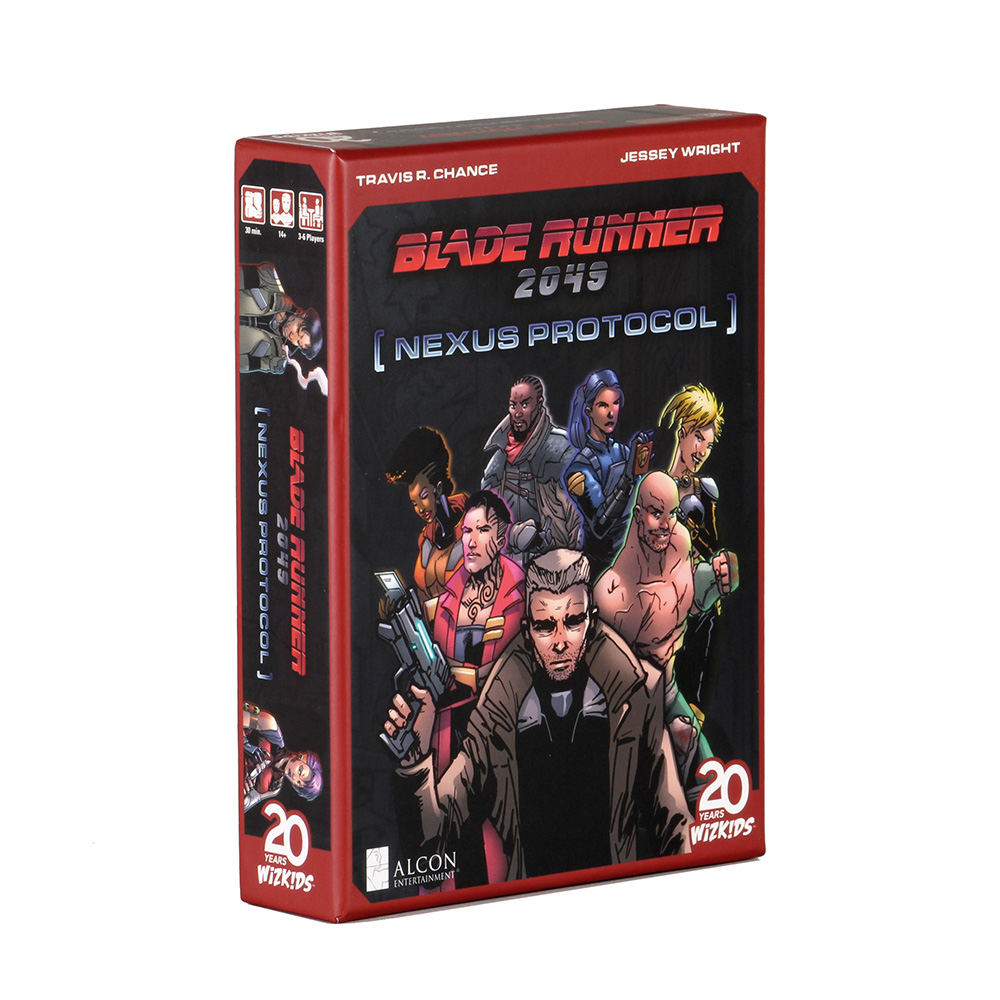 In this hidden identity game, 3-6 players will take on the roles of Blade Runners, joining Deckard to hunt down a replicant that remains at large. The replicant could be any one of the players, or even Deckard himself! With a limited number of rounds to identify the replicant, players must interrogate witnesses in order to acquire and reveal Evidence cards which will ultimately reveal the Replicant’s identity. But players must act quickly- if the game ends before any player has 2 or 3 of the Replicant’s Evidence cards in their Case File, the Replicant escapes and wins the game.

Will you hunt down the Replicant in time? Find out in Blade Runner 2049: Nexus Protocol, coming April 2020! Preorder at your Friendly Local Game Store or online today!