Help Coraline Escape the Other World in Coraline: Beware the Other Mother—Available Now!

Hillside, NJ – January 15, 2020 – WizKids is pleased to announce that Coraline: Beware the Other Mother, a new game based on the beloved stop motion animated film from LAIKA, is now available in North American Game Stores! 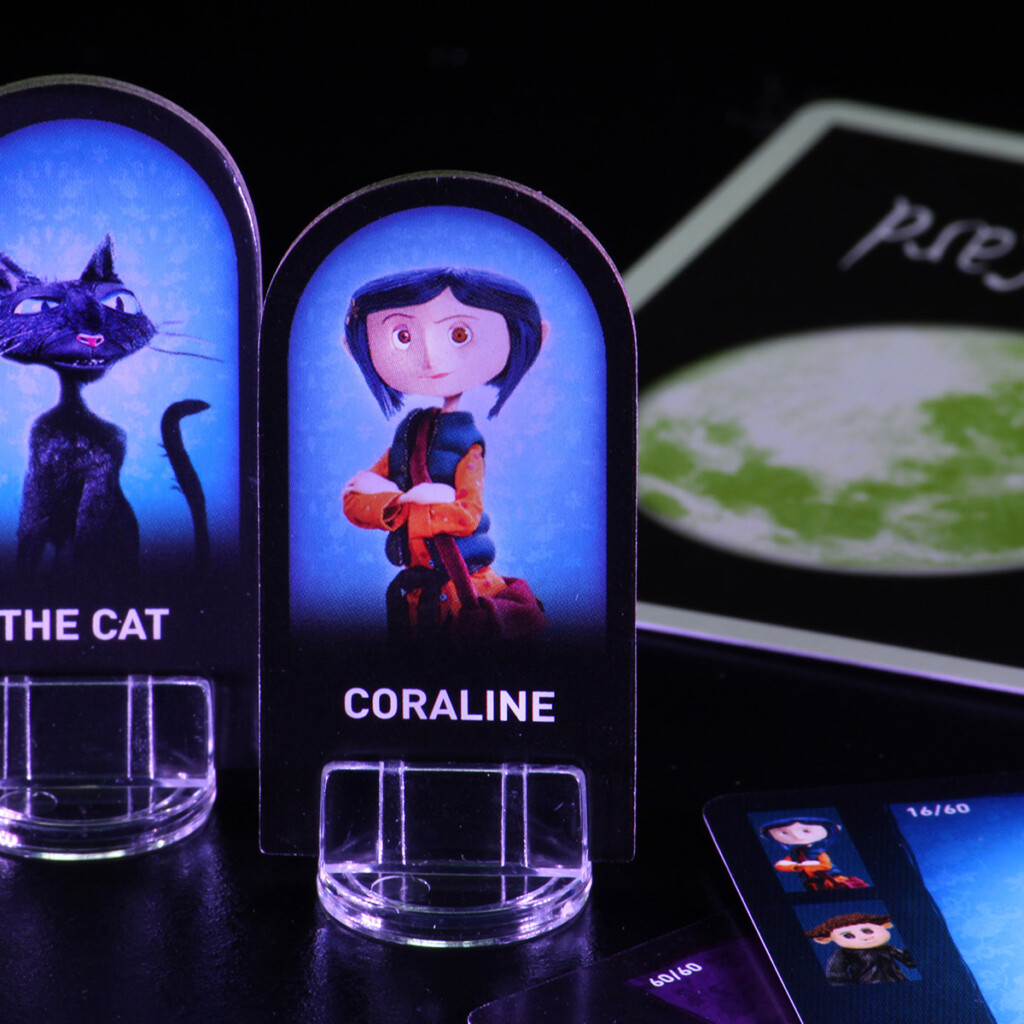 If Coraline manages to collect the 5 Object Tokens she needs to escape while in the Living Room, and the Beldam isn’t in the room with her, the players win! Featuring all your favorite characters from the film, from Wybie and Mr. Bobinsky to Miss Spink and Miss Forcible, Coraline: Beware the Other Mother is available now, so pick it up at your Friendly Local Game Store today!